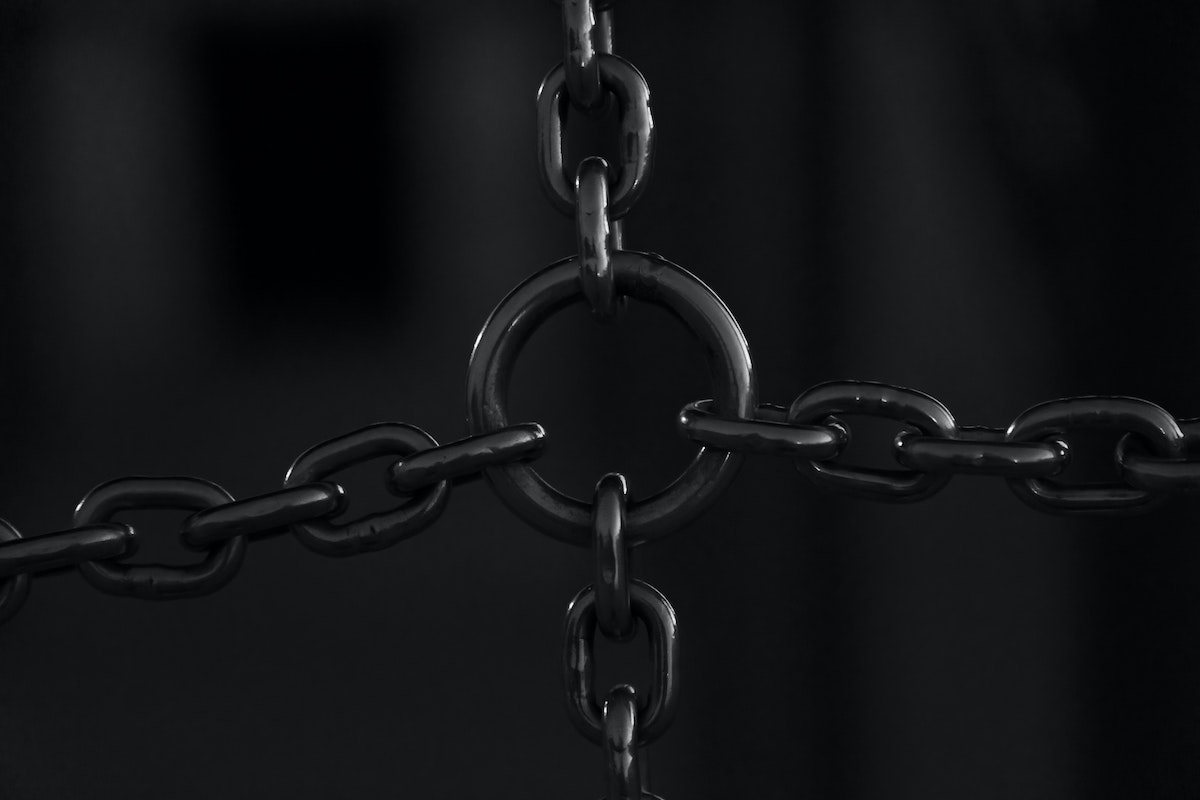 Chainlink, the ‘de facto decentralized data provider’ for smart contracts, has expanded significantly over the last year. As a result, the total value secured (TVS) grew considerably in the previous 12 months. It crossed from $7B in early 2021 to around $58B in March 2022. This marked an increase of more than 800% as per crypto exchange Coinbase’s report posted this month.

The #23 most significant token at press time, Chainlink, was trading just shy of the $16 mark after recording a fresh 5% surge. That said, the said token has witnessed a long period of losses visible on Network Realized Profit/Loss in the recent past. As per the graph below, most LINK tokens moved at a loss since January 2022.

While this might incorporate fear and uncertainty, a report from Santiment shed light on an exciting circulation pattern for this token that could signal a potential bullish scenario. The circulation followed a pattern consistent to sell at highs and buy at lows.

Firstly, the weighted sentiment dropped to the negative range somewhere in February. Here, it sat at its lowest level since October. Although, on 22 March, the metric did recover, as seen in the chart below. It stood at the 0.016 mark suggesting a sell-off was unlikely.

(Weighted social sentiment combined the positive/negative commentary and multiplied by the amount of social volume. Generally, prices top out when this gets too high, and bottoms when getting too low.) 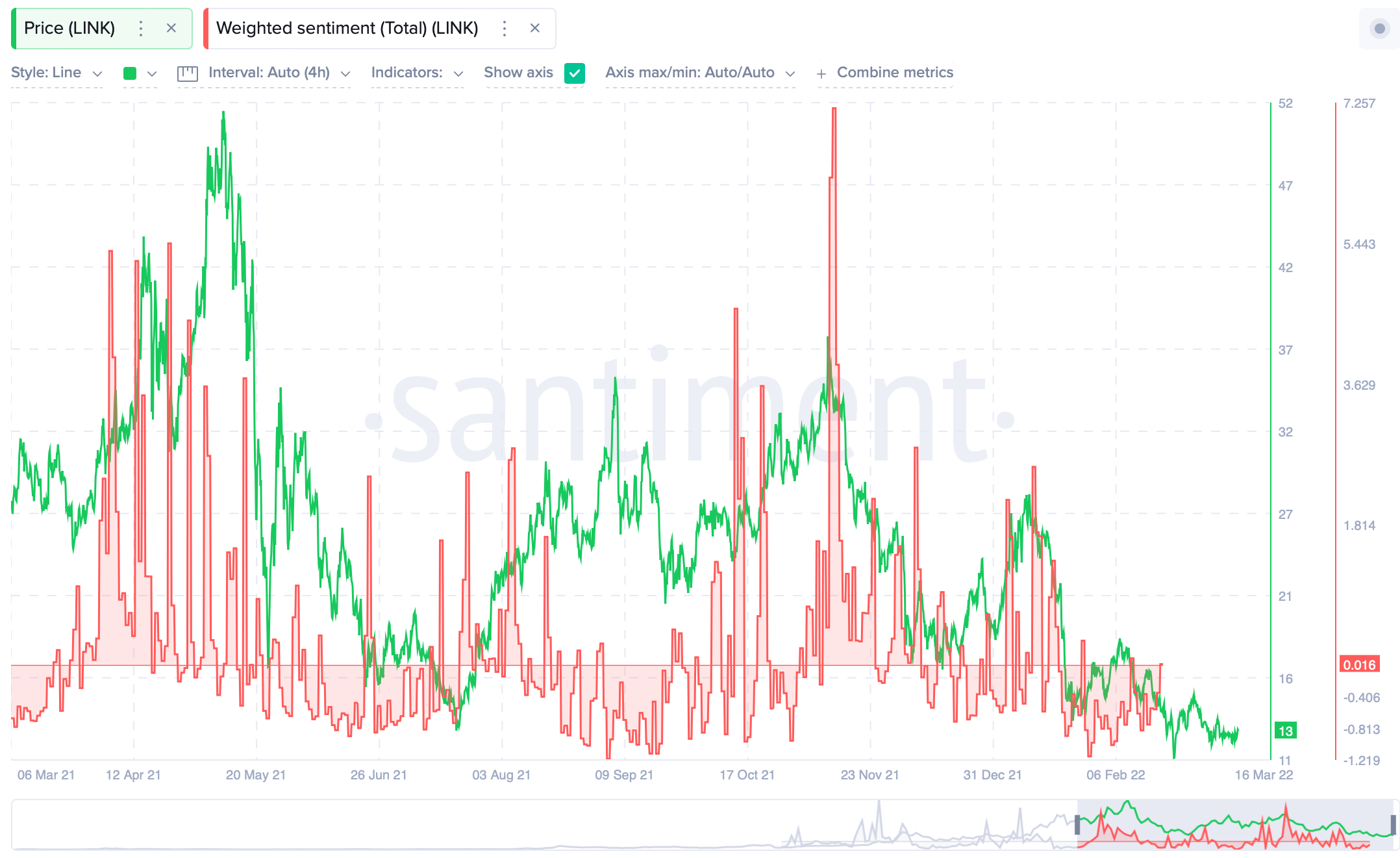 In addition, there was a massive spike in development activity in 2022. It even appeared to be stabilizing around the 43 levels, as per data from Santiment. Likewise, LINK’s active address saw similar upticks, further driving LINK’s 24% surge as per the tweet below.

🔗📈 #Chainlink is +24% since bottoming out on #war news back on February 24th. Upticks have been driven by spikes in $LINK address activity, where pushes in active address/price divergence into the green zone have worked as excellent #bullish validators. https://t.co/CnRNCvKsQ7 pic.twitter.com/YV77IGXEiF

Coinbase shed light on a concerning picture regarding the protocol and its token despite such bullish support. According to the data, LINK’s impressive TVS didn’t quite align with token’s network growth that grew over 30% to $6.1B over that same period.

Quite possible that Chainlink 2.0, a planned upgrade of the product’s technology, could address some of those issues.

Related Topics:chainlinkChainlink 2.0Santiment
Up Next

XRP: Strong inflows, strong fundamentals, its market is being egged on by…