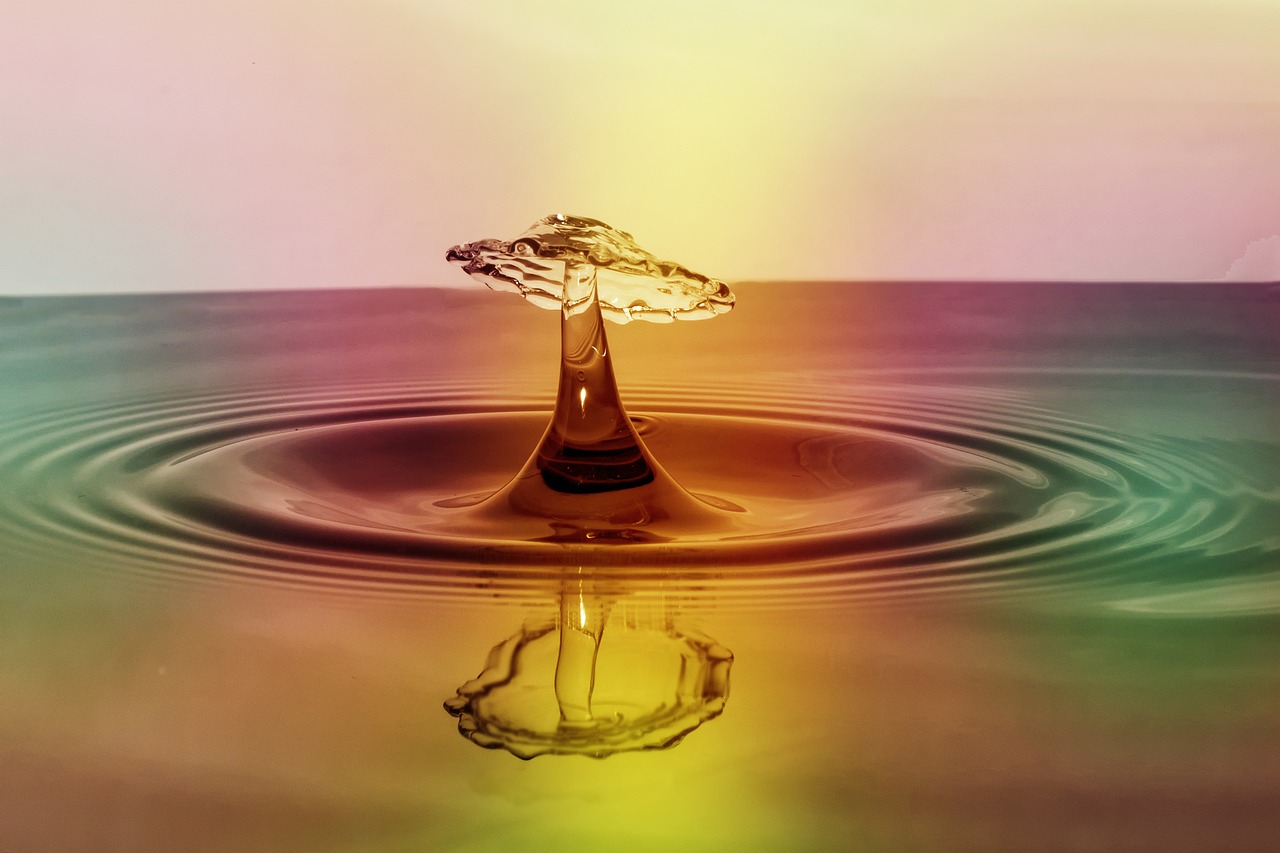 Over the last two weeks, CoinShares has observed consistent outflows. The week ending 18 March witnessed comparatively lesser outflows totaling $47 million. However, this week XRP investors changed the trend from the week before and made some positive impact.

Just as last week, most of the outflows continued to come from Bitcoin and Ethereum, except this week, things were a little better with altcoins.

Last week Solana, Polkadot, and XRP registered negative net flows along with Bitcoin and Ethereum. In contrast, this week, only the top 2 coins were the ones to see outflows with BTC at $32.8 million and ETH at $16.6 million.

Surprisingly, leading the inflows this week was XRP, albeit with just $1.1 million worth of inflows. Over the last two weeks, XRP’s price has risen by almost 19%. 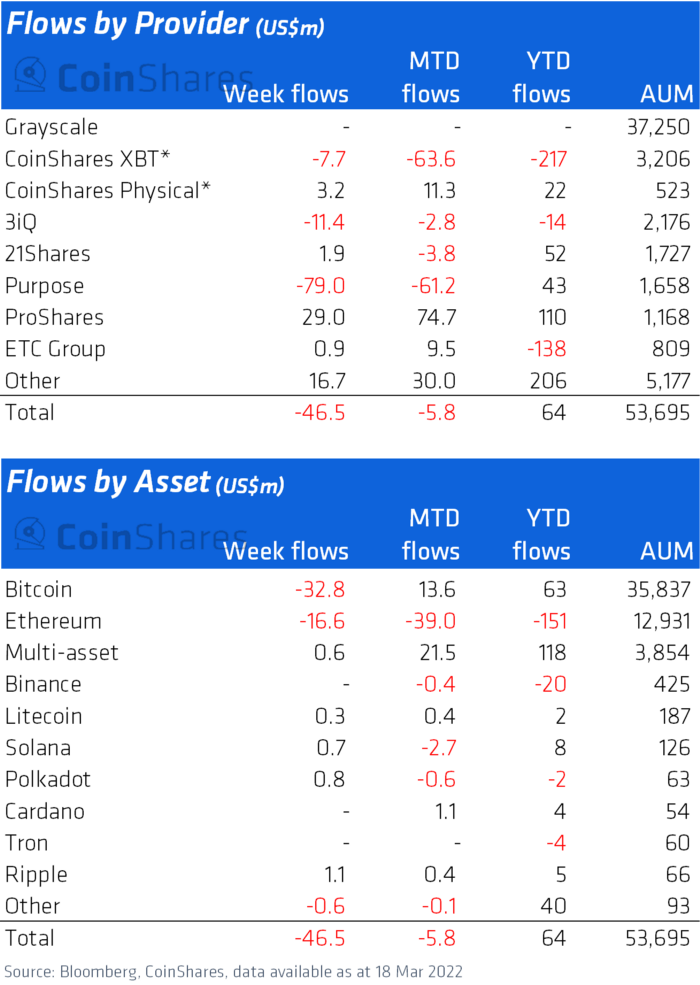 Over the same timeframe, the network has naturally noted increased bullishness from the investors. Daily active users have shot up by 68% who have been conducting about 1.4 million transactions regularly. 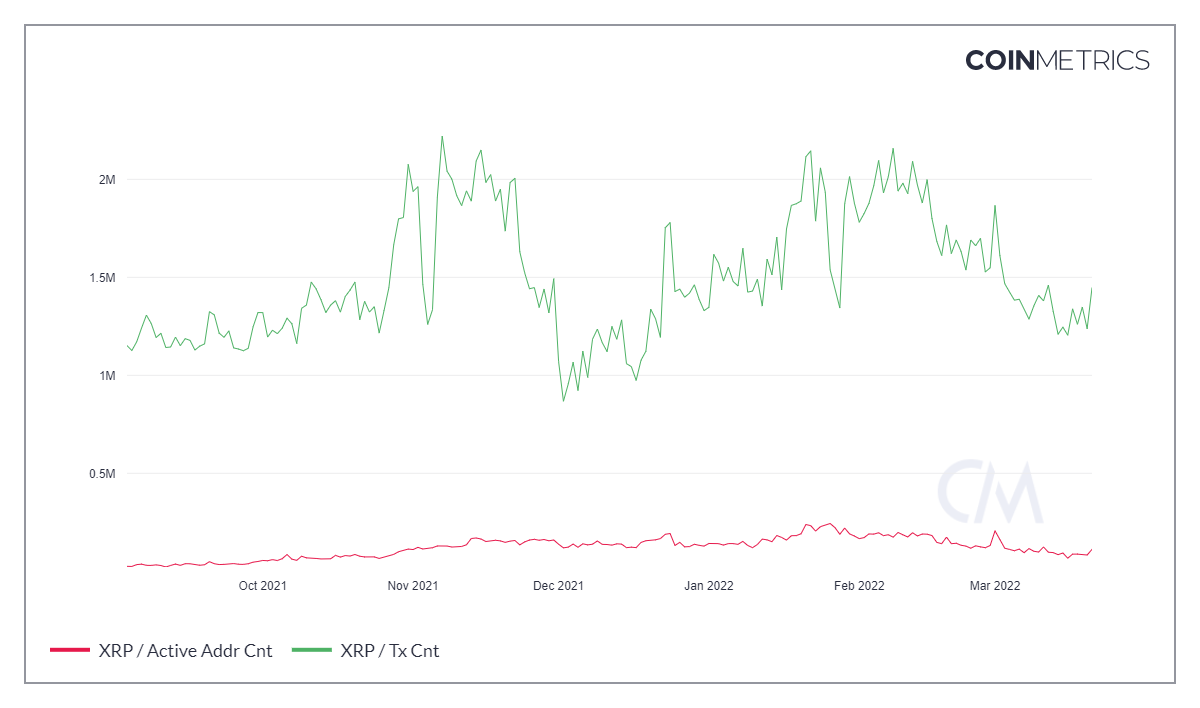 This, in turn, is improving the overall market value of the asset, which slipped by 16% during the 10-23 February dip. 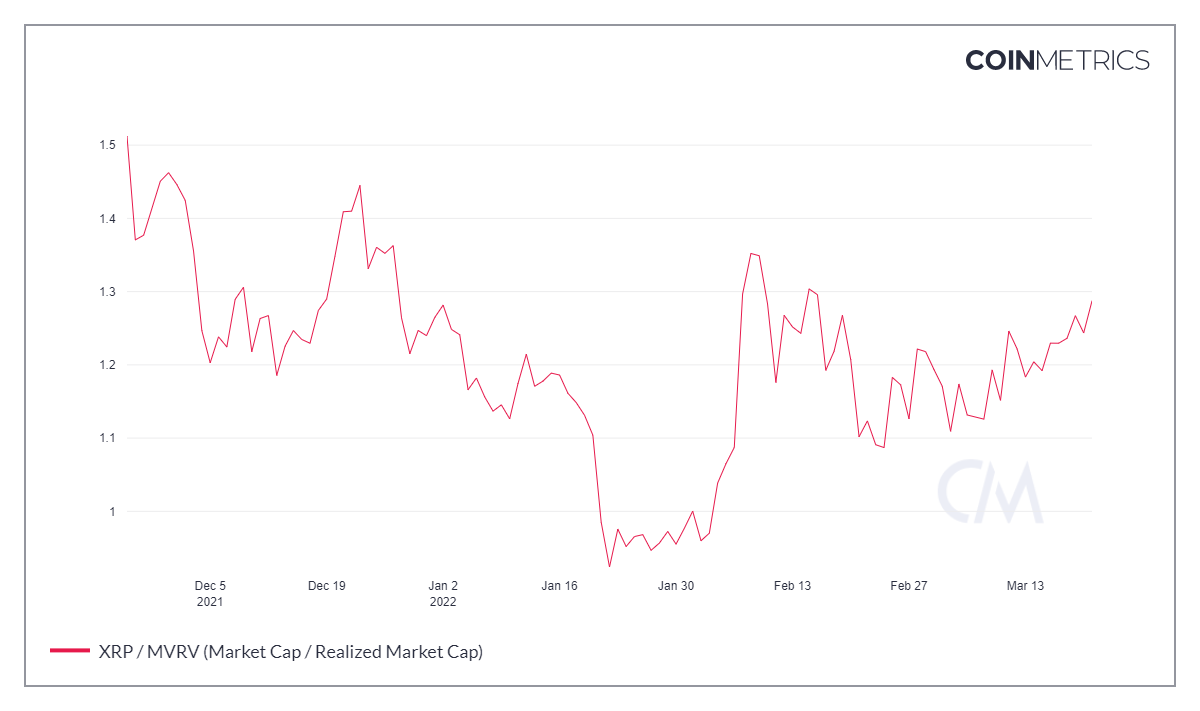 Furthermore, going forward, XRP could register higher inflows since investors would feel more confident in the asset, given the possibility of acute price swings is very low at the moment. 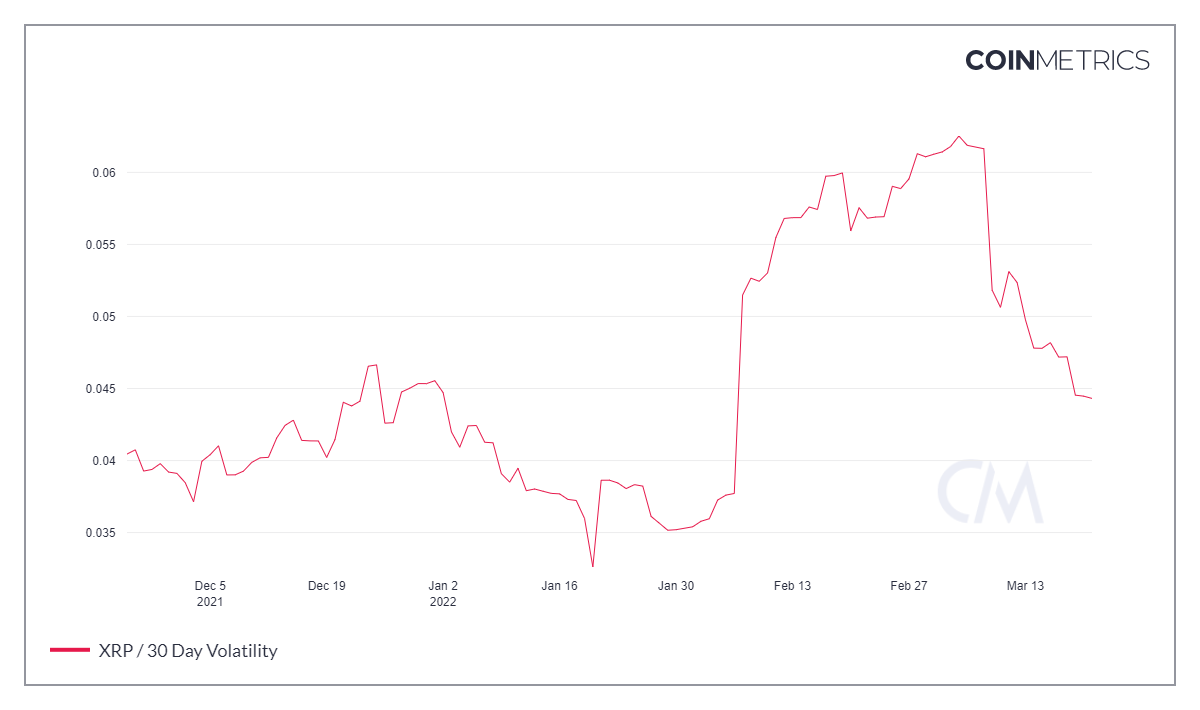 Along with XRP, Crypto ETFs too observed some improvement this week, with 21Shares no longer registering money flowing out of the asset. But the outflow cohort did make the addition of 3iQ to this list. (ref. CoinShares weekly inflows)

Interestingly despite the overall state of net flows being negative, the crypto market had performed better, rising by 7.64%, in these two weeks than the weeks before when these assets were celebrating inflows.

At the same time, GBTC has also noted an improvement in its price in these two weeks, particularly with most of the other AUM also registering growth led by Ethereum Classic (ETCG), which is currently up by 22.76% over the day owing to ETC’s 27% rally.

In conclusion, once institutional investors stop withdrawing investments in all assets, it will signify broader market recovery. And these developments are clear signals that investors are leading the market in that direction.

LINK: A bullish pattern on the charts, but is it without any caveats