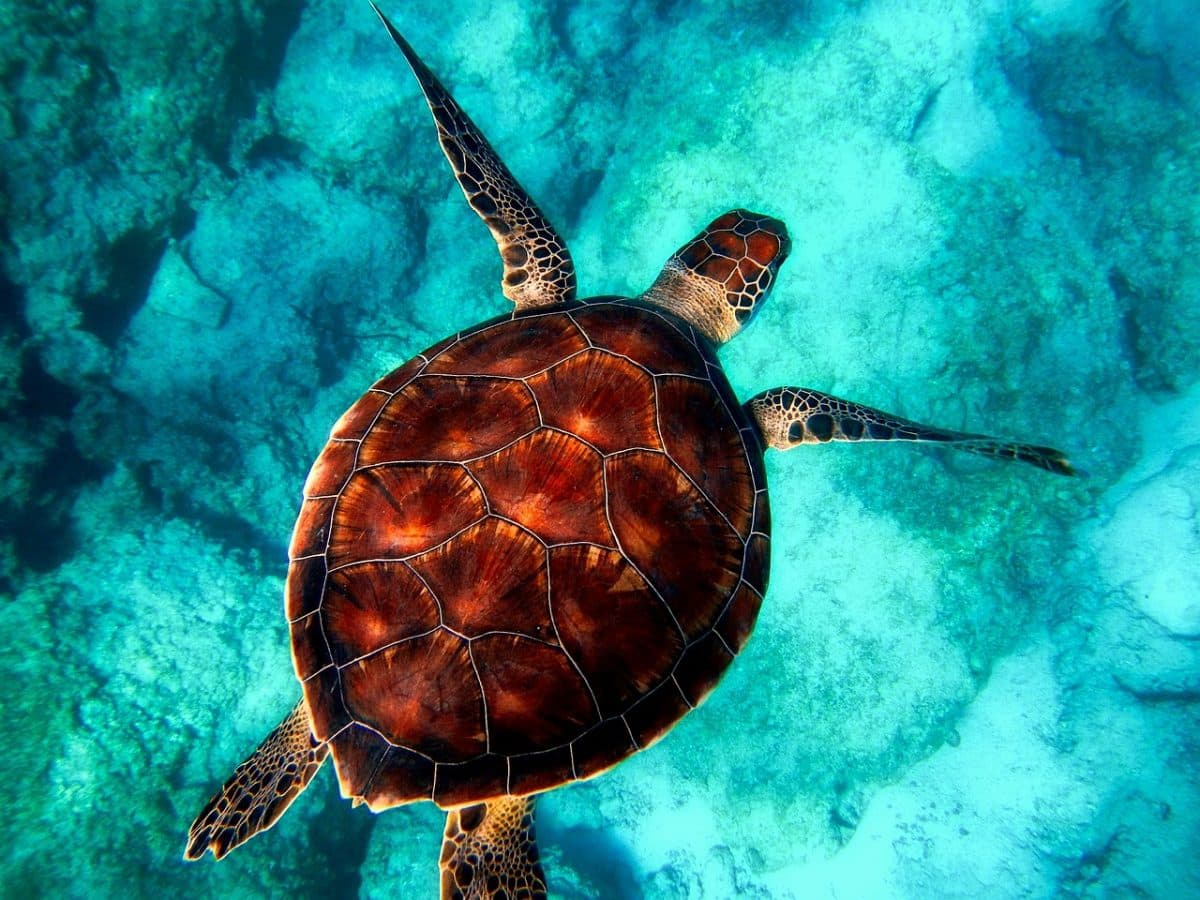 Litecoin continued to trade within a range, as it has for the past five months. Technical indicators also showed a lack of strong momentum and buying volume in recent months behind Litecoin. With Bitcoin also trading just above an important zone of support, a drop in the BTC price charts could be followed closely by a Litecoin dump as well.

Litecoin had a +0.6 correlation with Bitcoin on the price charts, which reinforced the fact that it was wise to heed the trend of the king of crypto. In the coming days, a dip to the range lows might be a buying opportunity laden with risk.

Accumulation within the range, or will LTC take another step lower in the coming months? 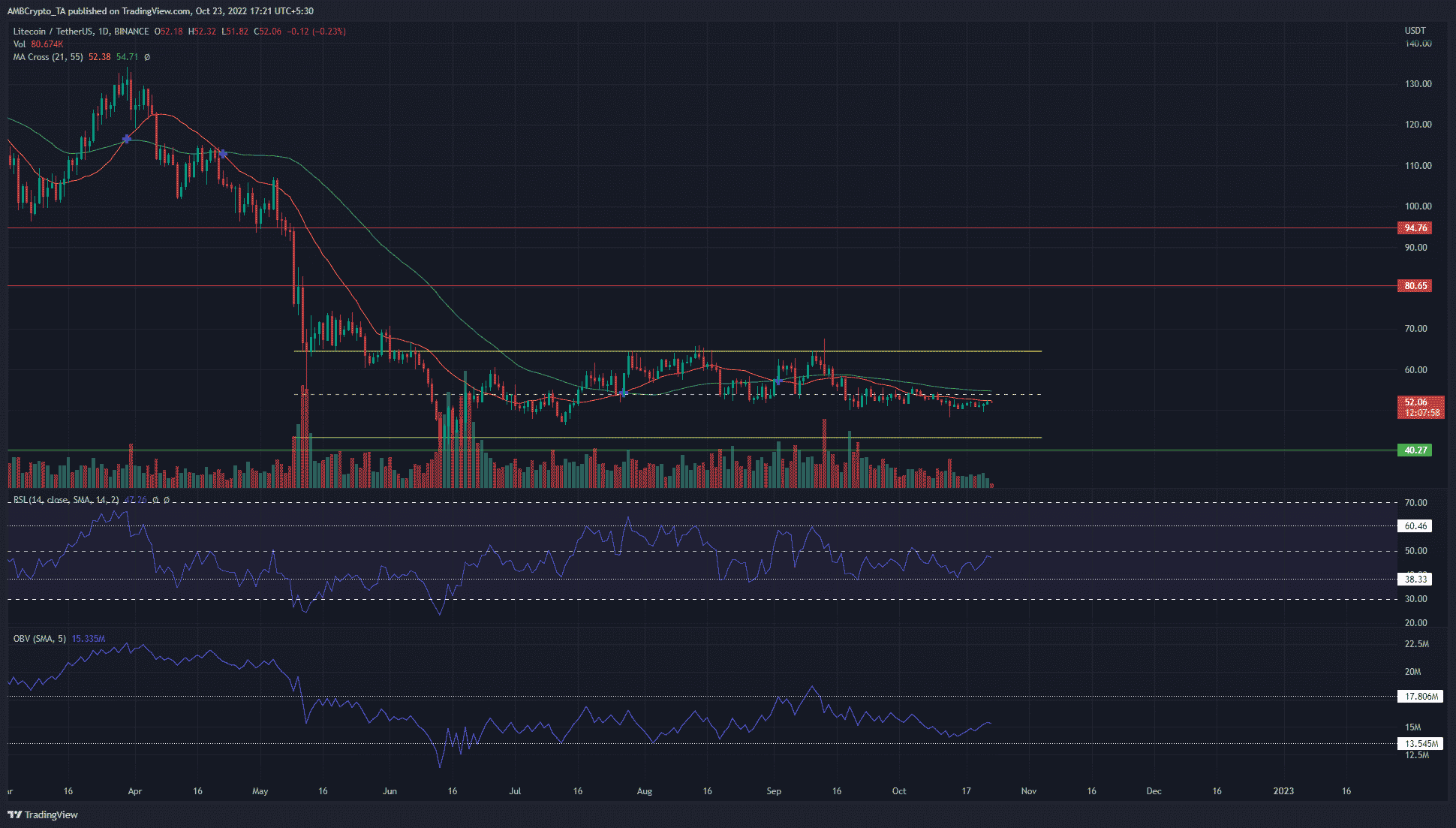 The range (yellow) extended from $64.6 to $43.4 and the mid-point lay at $53.89. Since August, the mid-range value went from being a crucial support level to being a strong resistance zone. In September and October, the bulls struggled to make gains above $55 but were rebuffed each time.

At the same time, both the Relative Strength Index (RSI) and the On-Balance Volume (OBV) also moved within a range. The RSI failed to push past either the 40 or the 60 since July, which indicated a lack of strong momentum. The 21 and 55-period moving averages also showed bearish momentum and would act as resistance if the buyers tried to force a move higher.

The flat OBV also suggested that buyers were likely not taking advantage of the range to accumulate LTC. This finding hinted at the possibility of yet another heavy drop for LTC, followed by the formation of yet another range.

Hence, even though the range lows would likely offer a good risk-to-reward buying opportunity, the threat of a crash straight past these levels was present. This would be especially true if Bitcoin saw a swift drop beneath the $18k mark.

The seven-day active address count saw a sharp spike earlier this month. However, it has been relatively flat from April to September, with occasional dips. The recent surge went against the peak in November 2021 when the count touched 3 million addresses.

This rise in the number of unique addresses involved in LTC transactions was a positive metric as far as the network activity goes. Whale transactions were also on the rise but this did not positively impact the prices.

Trying to capitalize on Cardano’s growth? Read this before making a decision