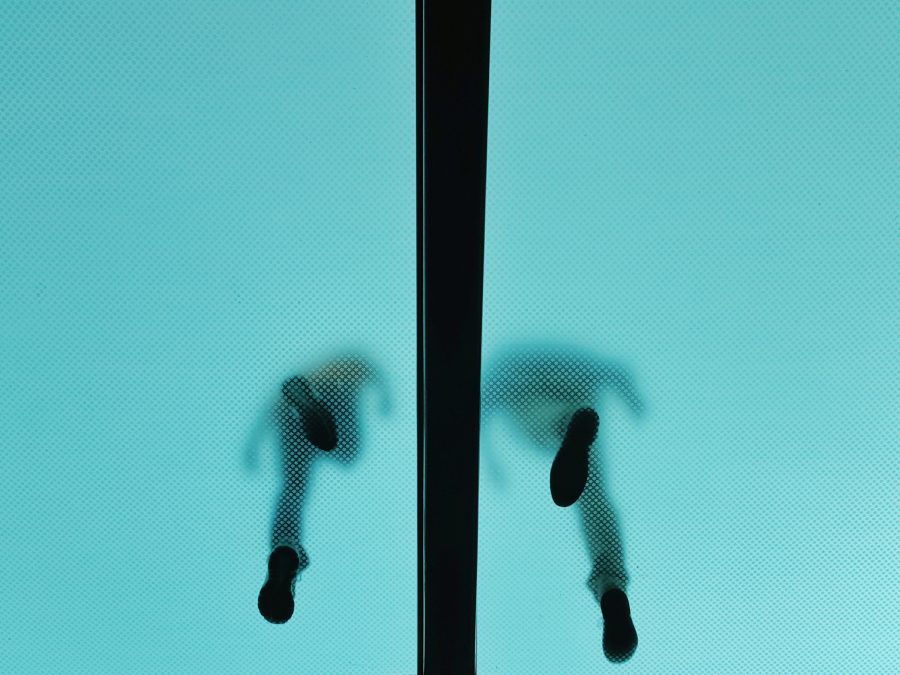 Litecoin continued to falter in the market with its below-par price activity. The silver coin was priced at $74.05 at press time and the market capitalization was recorded to be around $4.6 billion. The growth over the last 24-hour was only 0.06 percent and the trade volume garnered was around 2.2 billion.

The coin was traded the most on the DOBI exchange as the exchange was responsible for over 10 percent of the overall trade with a volume of $231 million. 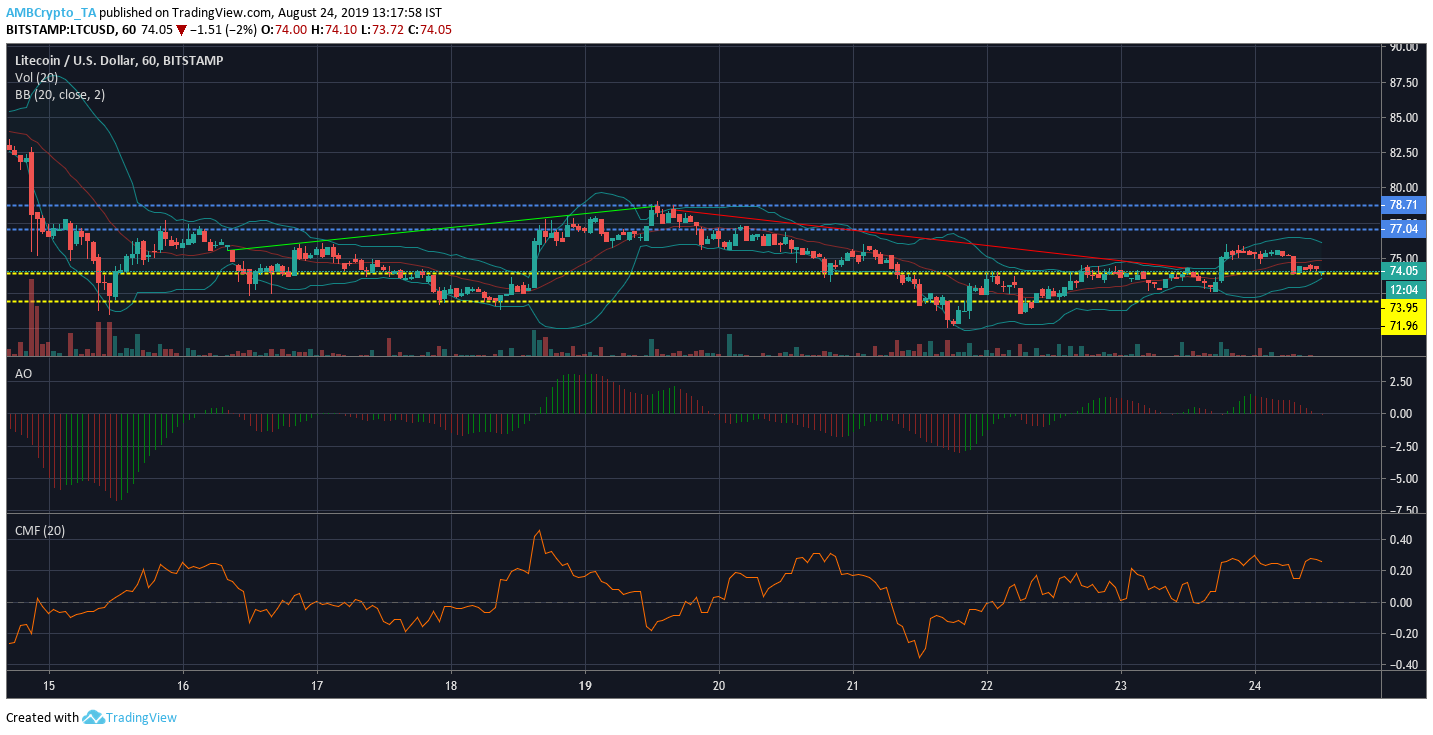 The short term analysis of Litecoin projected a consolidation phase where the price had experienced sideways movement in the charts. The uptrend observed took the valuation from $75.52 to $78.56, followed by a price slump which stretched the valuation of $78.37 to $74.26.

The Bollinger Bands were converging in the charts which suggested a decreased volatility.

The Awesome Oscillator or AO was bearish in nature as red bars had appeared in the chart.

The Chaikin Money Flow or CMF was above the zero-line which indicated an increase in capital flow in the market. 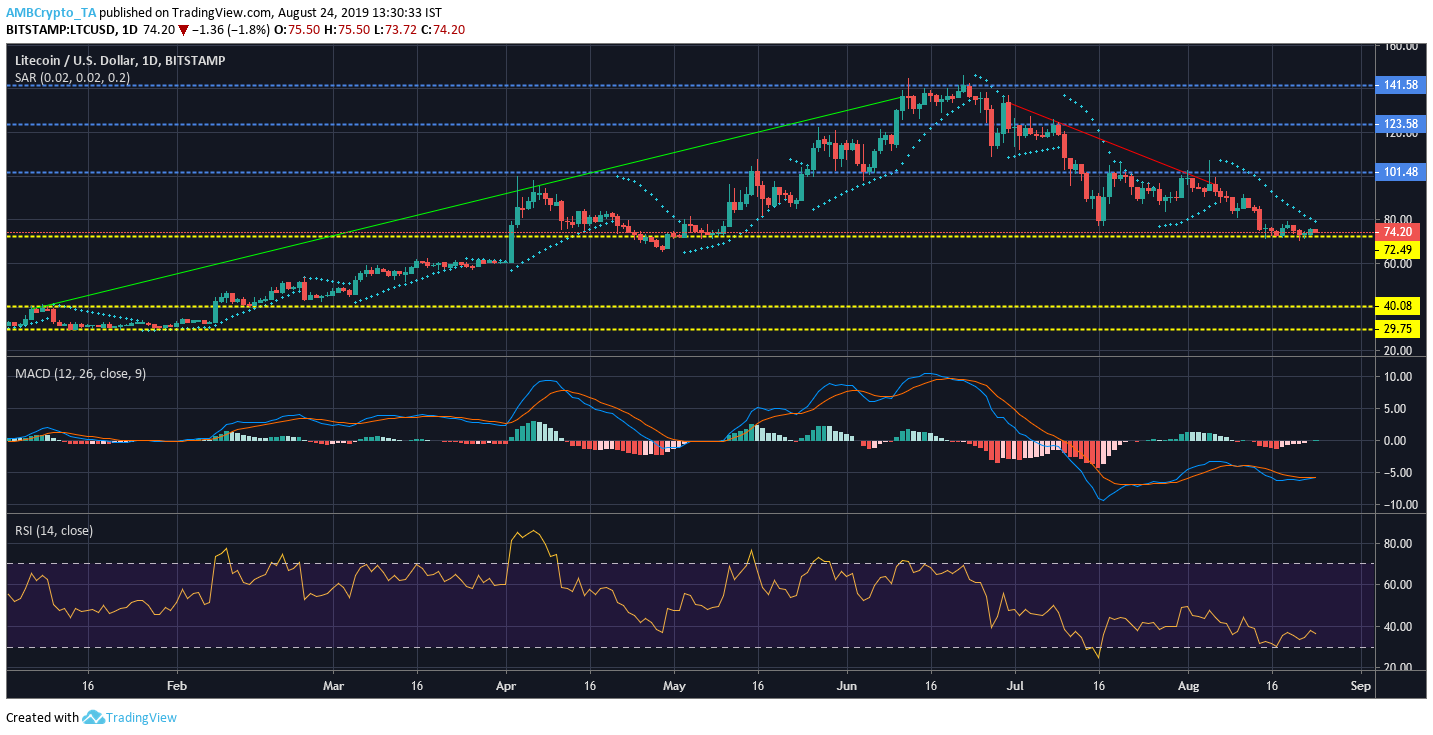 The MACD line and the signal line were at a close proximity with indicated that the trends were neutral in the charts.

The Relative Strength Index or RSI indicator remained under the 40-line marker as the coin remained very close to the over-sold section.

Litecoin has been quite in the market as the short term charts and the long term charts indicated a stagnant phase.

Tron remains on a bearish trail despite 4.41% growth