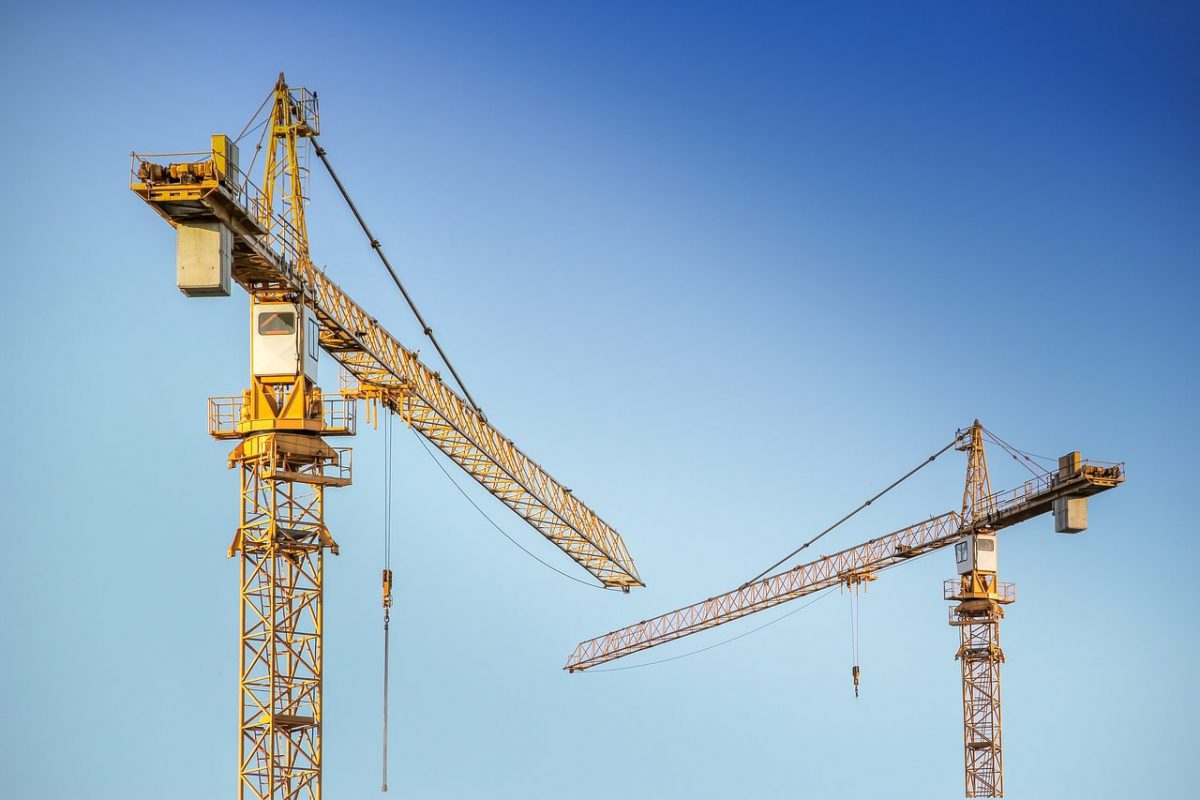 Litecoin played out a bearish divergence and saw a brief dip to $220 before climbing higher once more. EOS targeted $6 and showed demand from buyers, and Decred was also in a strong uptrend. 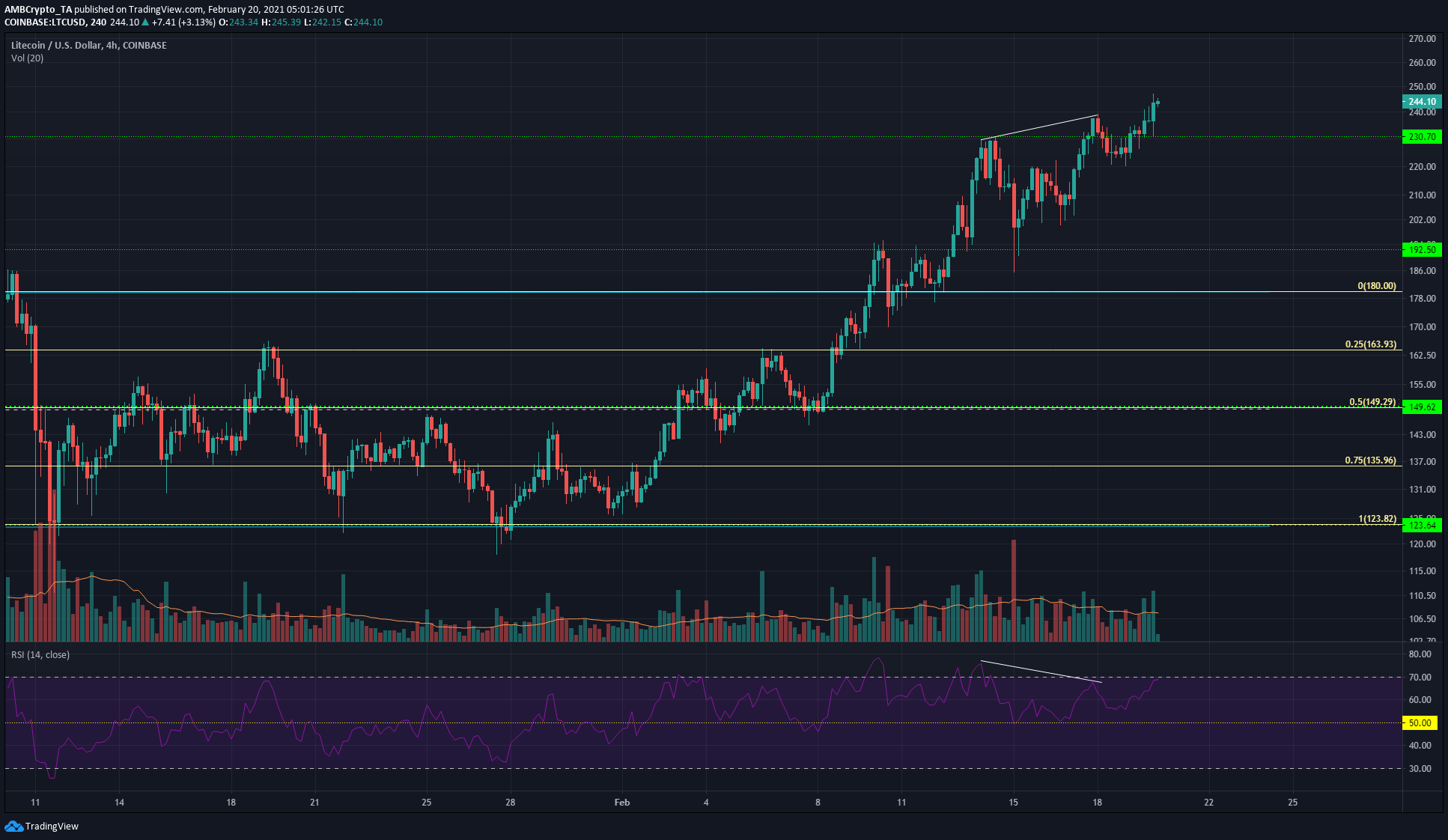 Litecoin exhibited a bearish divergence and saw a brief pullback to $220. At this point, the divergence had played out and the selling pressure had waned. Buyers were back in control of the market.

The $230 level is a level of historic importance and acted as resistance in February 2018, and as support in January earlier that year as prices attempted to bounce from sudden losses.

In the long-term, a move above $230 and its retest as an area of support shows some bullish strength, with the next target of $287. The RSI was on the rise once more and trading volume was significant, and further gains over the next few days are likely as LTC continues on its upward trend. 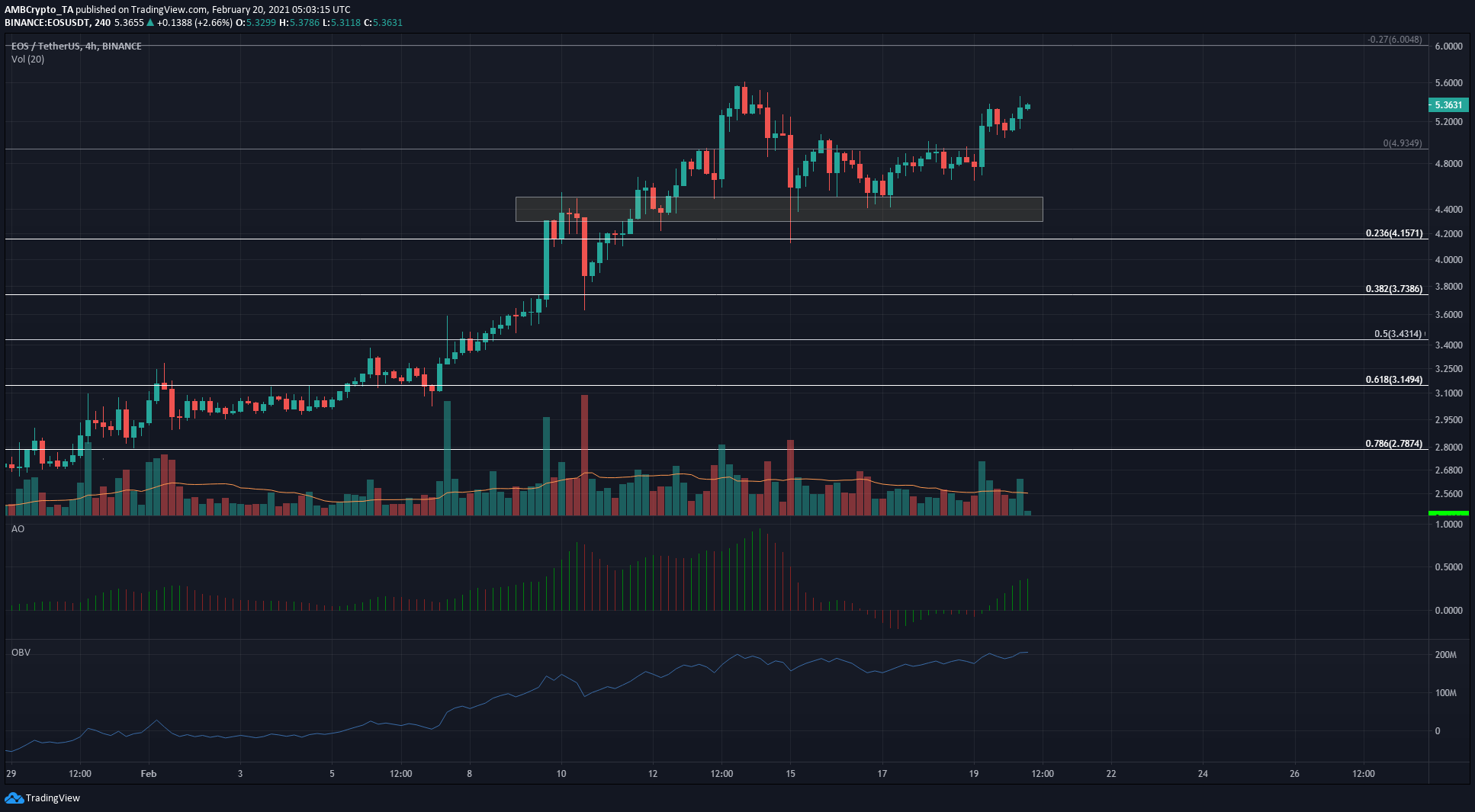 EOS firmly stayed above the highlighted region of supply and threatened to climb back above its local high at $5.6. This would present the $6 level as a medium-term target for bulls.

The OBV has steadily trended upward to show that buying volume has outweighed the selling volume over the past few weeks. The Awesome Oscillator also crossed over above the zero line – an indication of rising upward momentum. 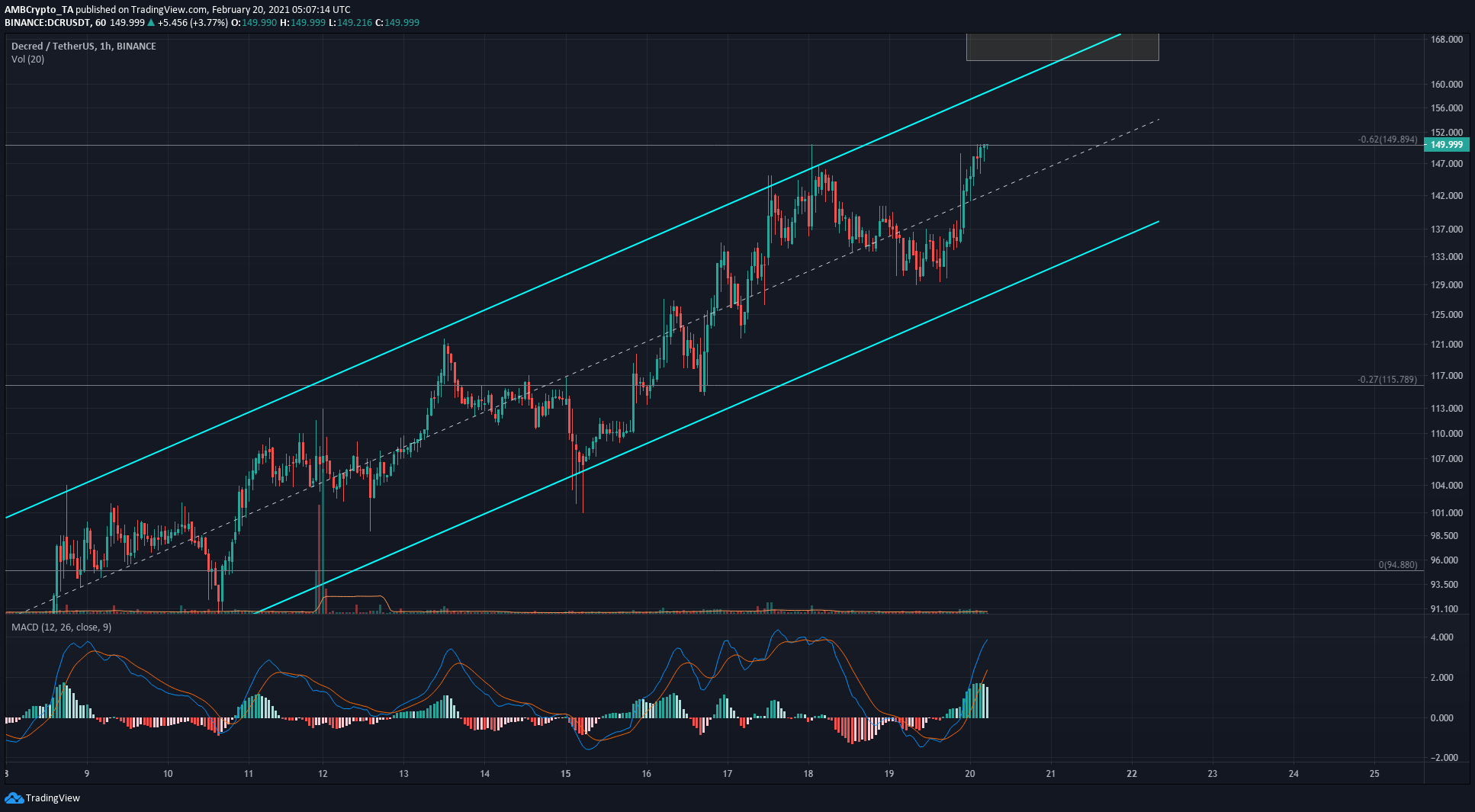 Decred was trading within an ascending channel and was in a strong uptrend. The hourly trading volume was steady, with occasional spikes as DCR crossed above important areas of resistance in the short-term.

The MACD was strongly bullish even on the hourly chart. Any pullbacks to the $140-$145 region over the next few days can be considered as a buying opportunity.