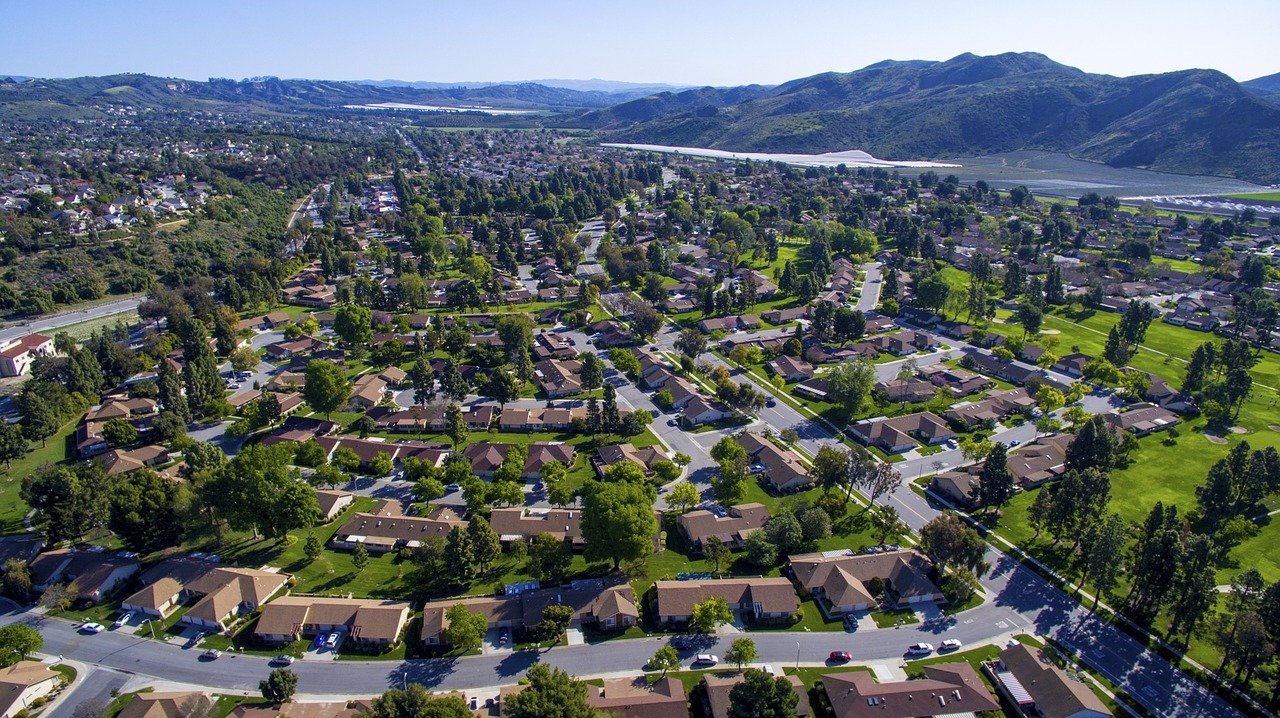 Litecoin was quite bullish on the charts as it targeted a move past $140, but Zcash and Compound lost a level of support to selling pressure and could see further downside in the coming days. 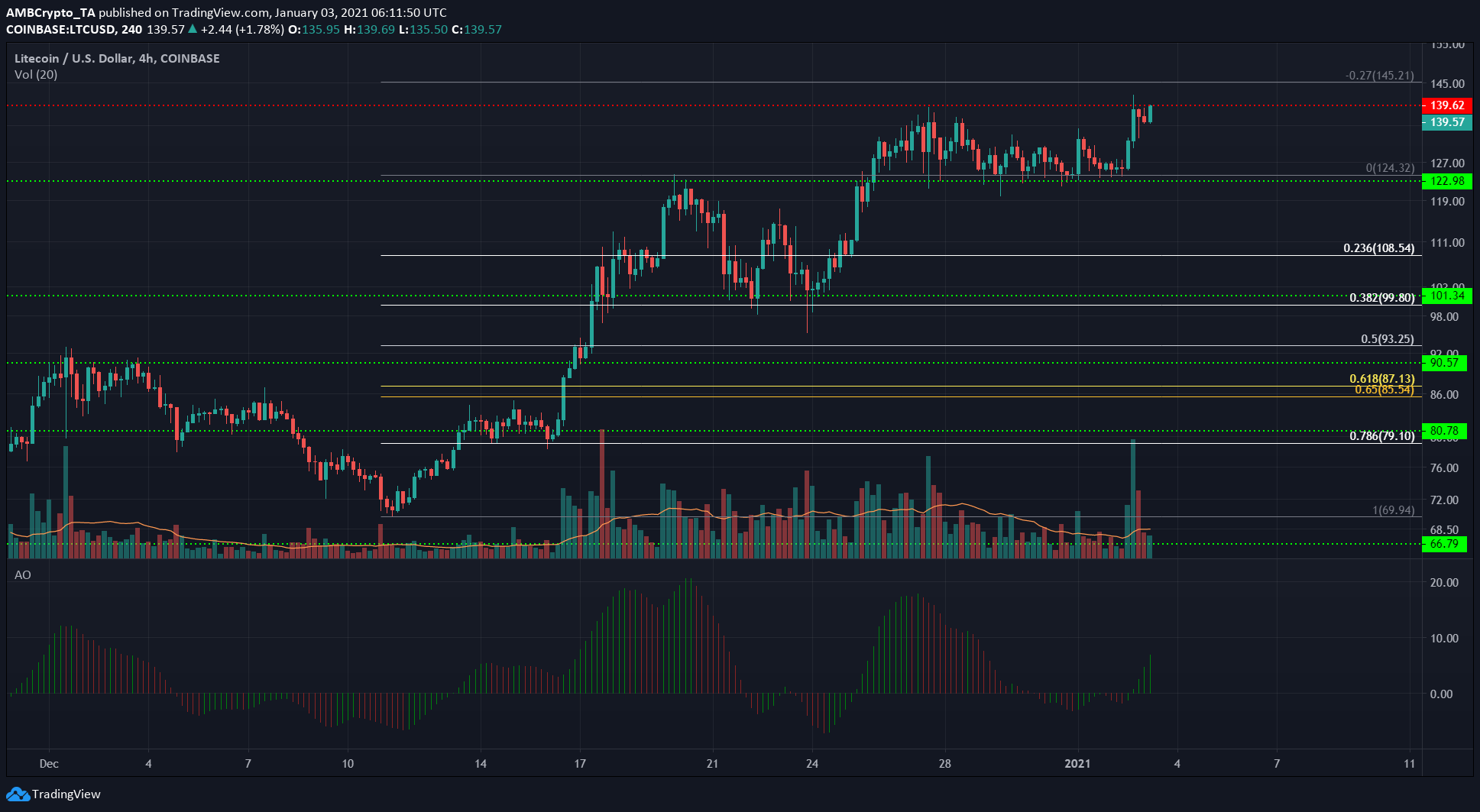 Litecoin was trading at $139.57, right atop the $139 level of resistance it was likely to flip to support in the coming hours.

The prince refused to sink below the $124 level and saw a surge to $140 over the past 20 hours. The Awesome Oscillator, which showed indecisive momentum a few trading sessions ago, flipped to strongly bullish at the time of writing.

It was likely that LTC would see further upside, with $150 being a psychological resistance, and the $176 further north can also see some selling pressure should LTC reach it. 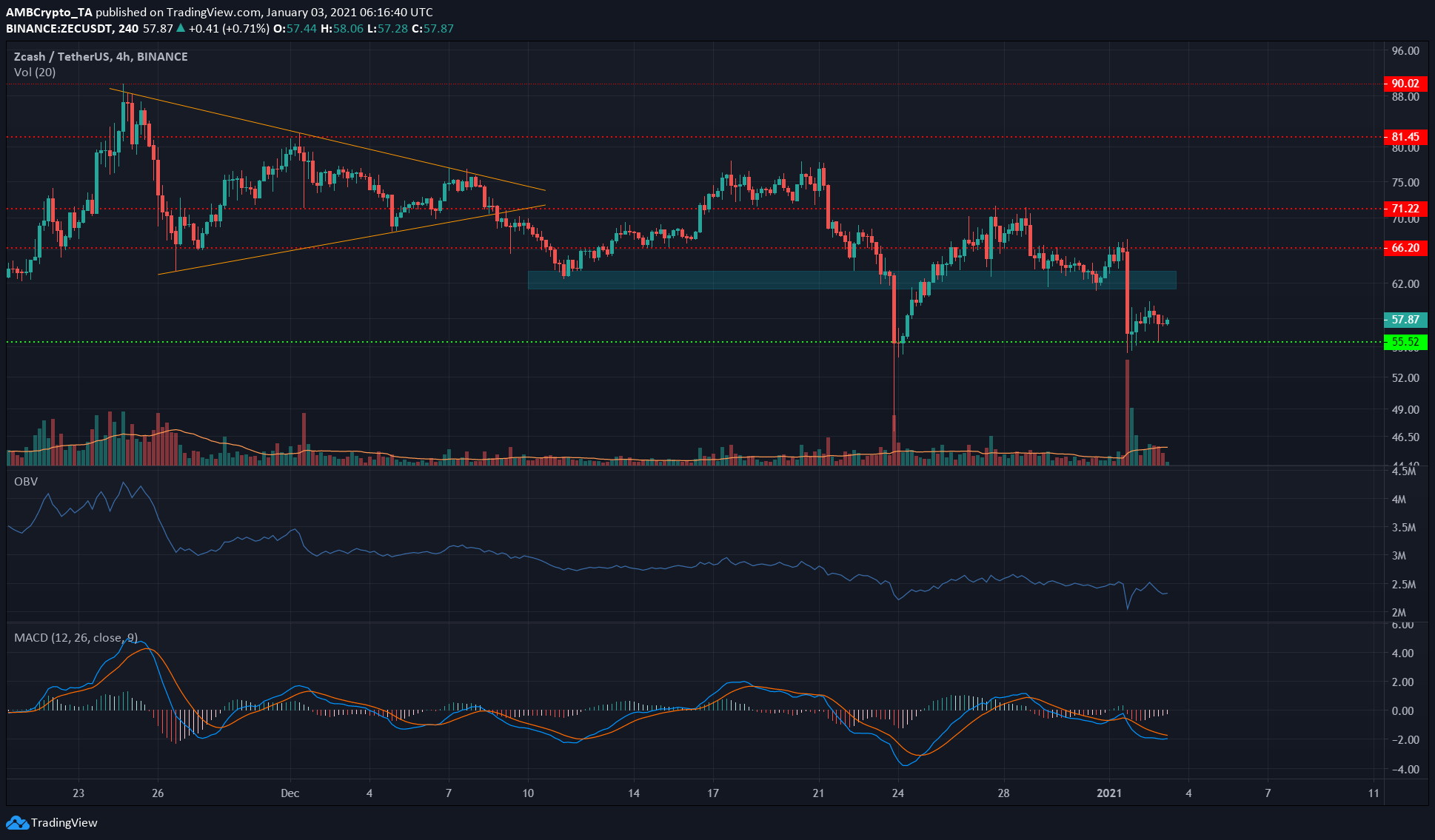 Zcash showed signs of bearish pressure in December when it formed a symmetrical triangle and broke to the downside. The OBV showed that selling volume has been greater than buying.

Even though there was a region of demand in the vicinity of $62, the selling pressure forced the price lower to test the level of support at $55.5. Subsequently, ZEC saw a bounce and was trading at $57.5 at the time of writing.

The MACD showed strong bearish momentum, and ZEC could be set to slip and touch $50 should it lose the $55 level. News of delisting from Bittrex has likely accelerated the previously present selling. 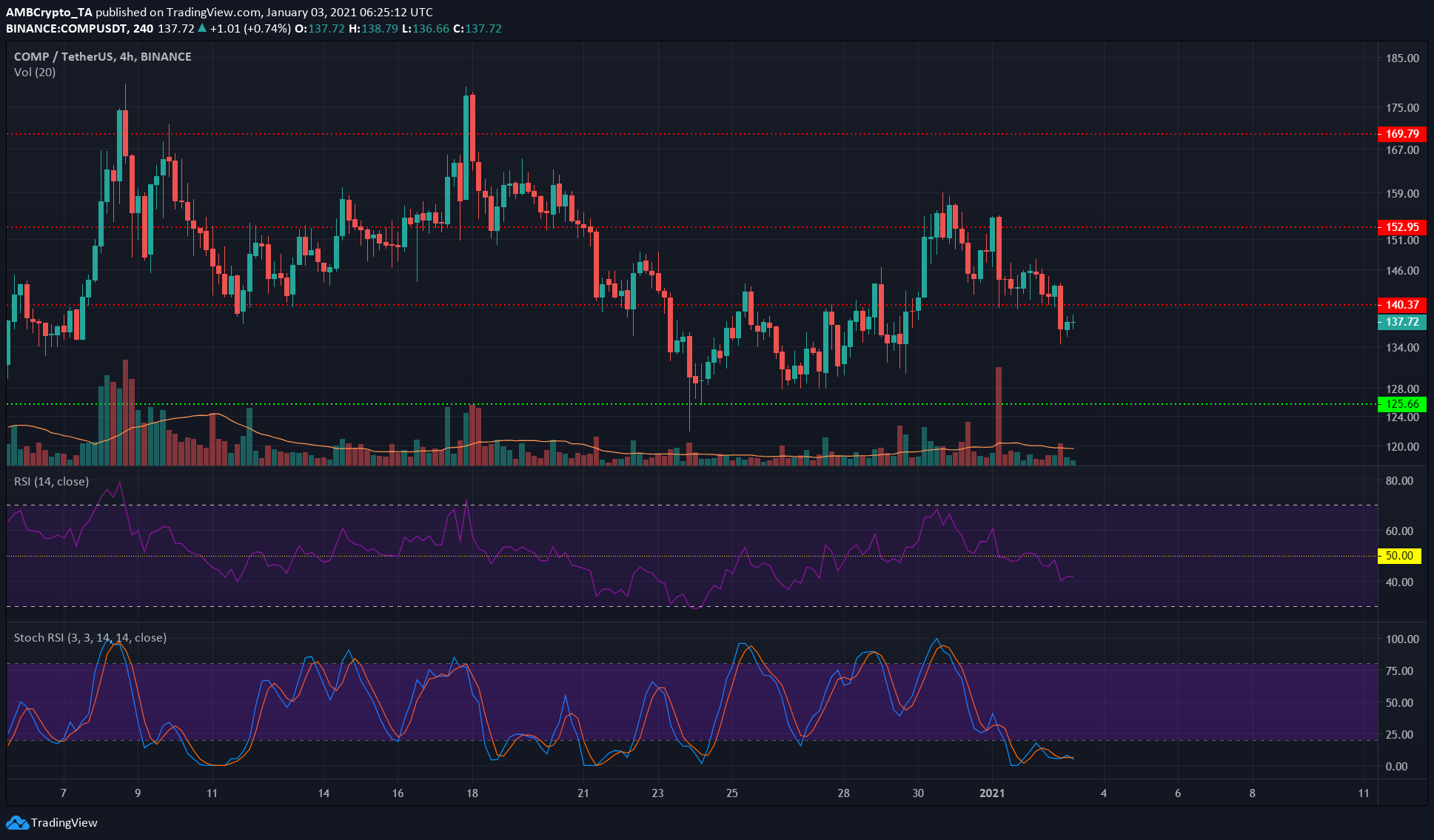 In mid-December, COMP slumped from near $170 to test the $125 level of support and was headed toward that level once more.

The last few days saw some bearish pressure on COMP, forcing it to lose the $140 level to the bears. The gains of the previous week might be erased shortly, as the RSI moved beneath the neutral 50 value and indicated a downtrend in progress.

The Stochastic RSI was in the oversold region and hinted that the price might retest $140 to confirm it as resistance before a move downward.

Being the first is not always an advantage that lasts; But Bitcoin did! Here’s why

12th birthday Bitcoin edition: What has it accomplished so far?