Litecoin had been trying to push back up past it since breaching the $80.48 support in mid-August. Litecoin has plummeted to a current valuation of $54.87 at press time and analysts call this a major “doomsday for Litecoin (paraphrased from Alts)” situation.

The market capitalization is at $3.5 billion and has crashed by 17.40 percent over the past day. No other alts have survived and everything has crashed with no mercy. The trade volume was around $3.4 billion in the 24-hours. 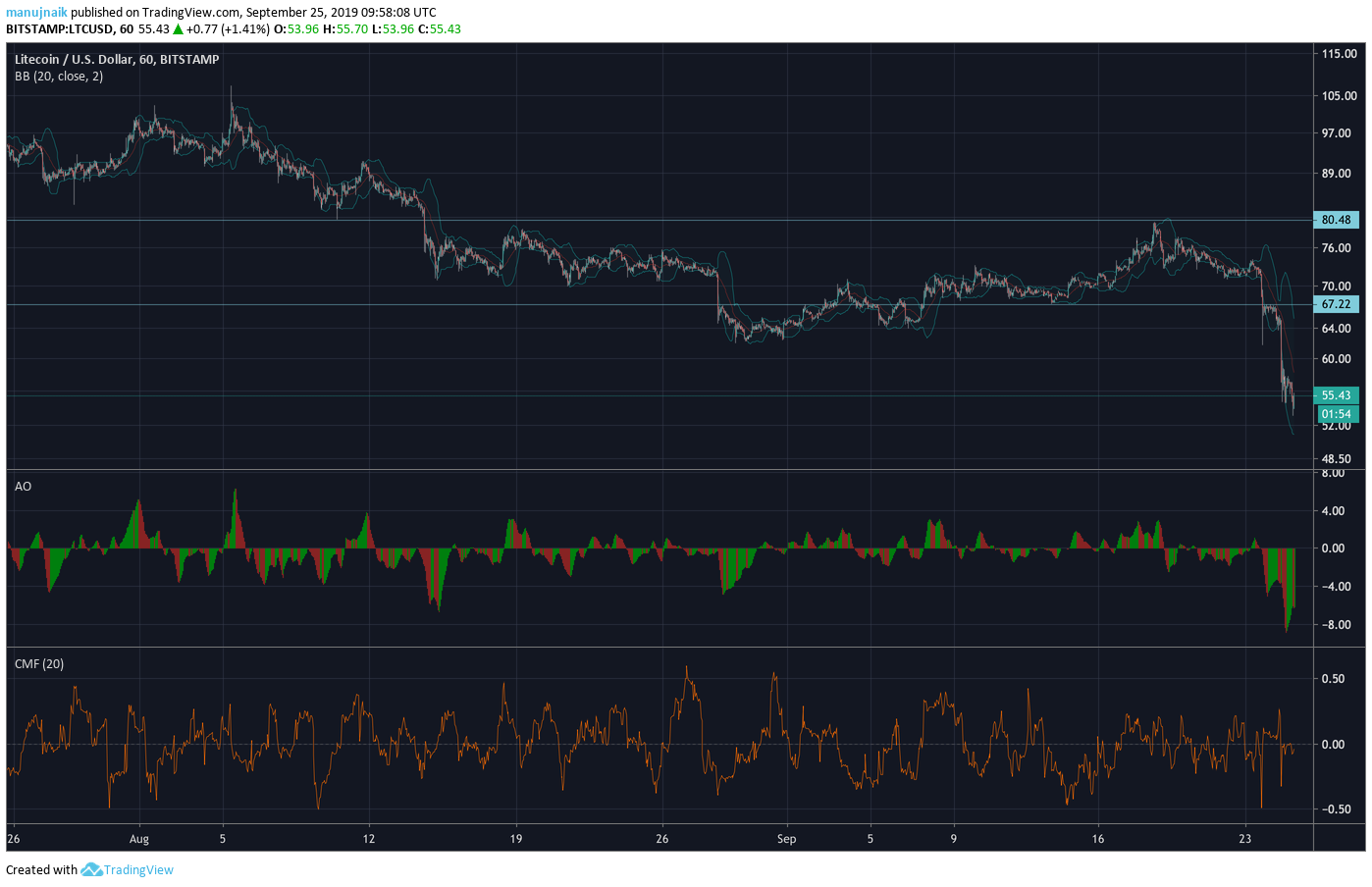 The short term analysis of Litecoin projected a sudden dive on 23rd September, breaching the $67.22 support (now Resistance 1). A major downtrend was observed which stretched the valuation from Resistance 1 to $55.35 in 24 hours.

The Bollinger Bands appeared to diverge in the charts, suggesting increasing volatility for the coin.

The Awesome Oscillator or AO indicated short-term period was trending lower than the longer-term period, with strong bullish momentum.

The Chaikin Money Flow or CMF was below the zero-line, indicating a decrease in capital flow in the market. 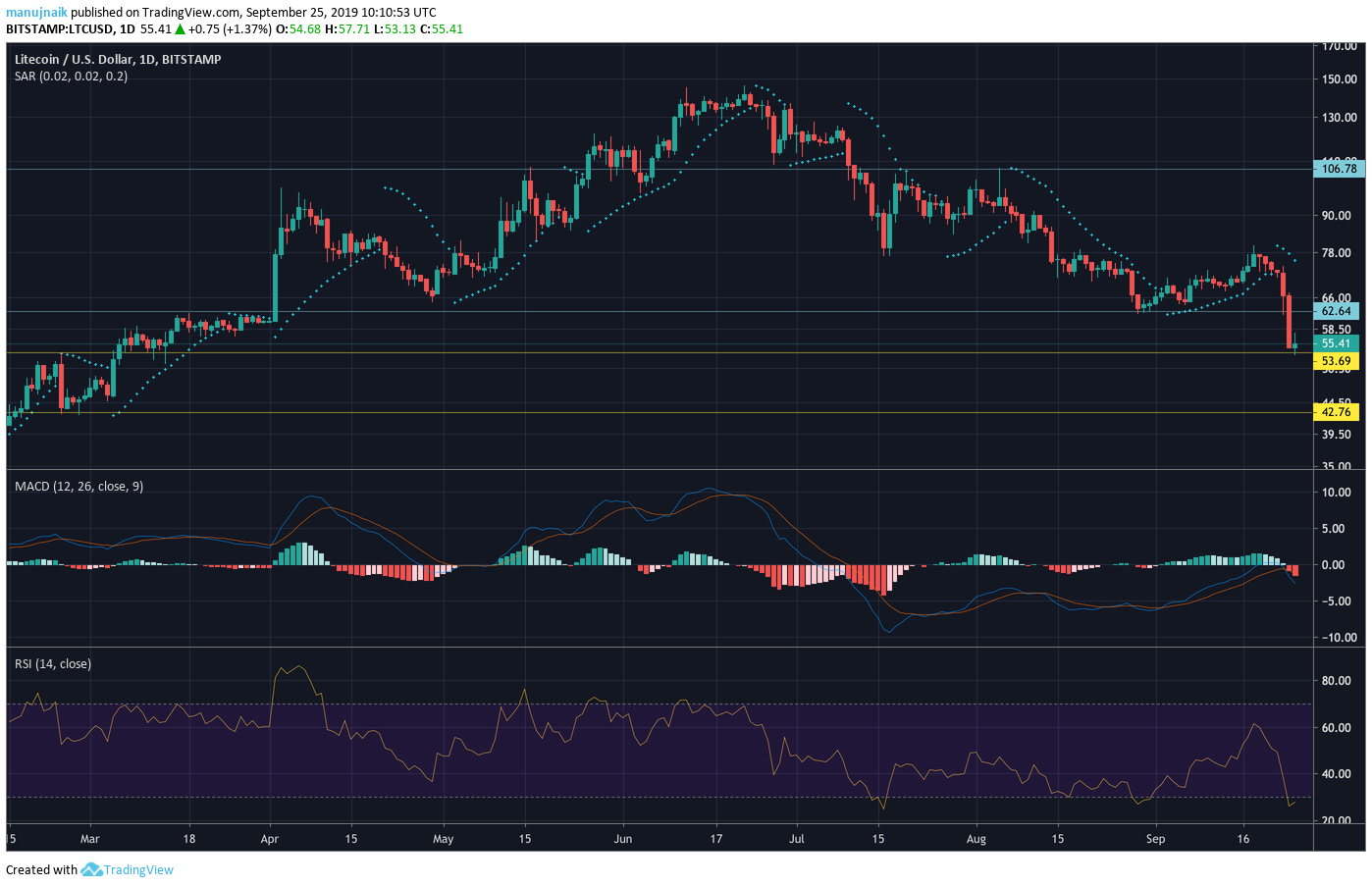 Since coming back under Resistance 2 after a month above it, Litecoin’s value had been on the decline until the start of September. The rise in valuation from Resistance 1 to $79.87 lasted for almost 3 weeks before it breached Resistance 1, currently hovering just above the first support.

MACD indicated a bearish trend as the red line was seen over the blue line.

The Relative Strength Index or RSI indicator suggested that Bitcoin was over-sold at press time.

Litecoin has been on the decline for quite some time since the much-awaited “halving” event. If any indications for Bitcoin, everyone’s question is, will the “halving” crash the price of Bitcoin like it did for Ljitecoin. The bullish momentum at the start of the month seems to have run out of steam, as a bear market seems to be in play.

Litecoin trapped in a descent with yet another price breakdown looming