The Terra blockchain recently infused about $450 million worth of UST into the Anchor yield reserve through the Luna Foundation Guard. This extended the reserves for the next 12 months.

Now, while it was expected that LUNA would gain some advantage from that, it failed to do so. In fact, it ended up heeding to the broader market cues.

Unlike most of the altcoins and Bitcoin, LUNA actually had a pretty good December. While the rest of the market consolidated to protect from losses, LUNA rallied by 158.37% and marked an ATH of $99.6, just 40 cents short of $100.

Since then, however,  the trail hasn’t been looking good, given the altcoin is trading at $49.1 at press time. 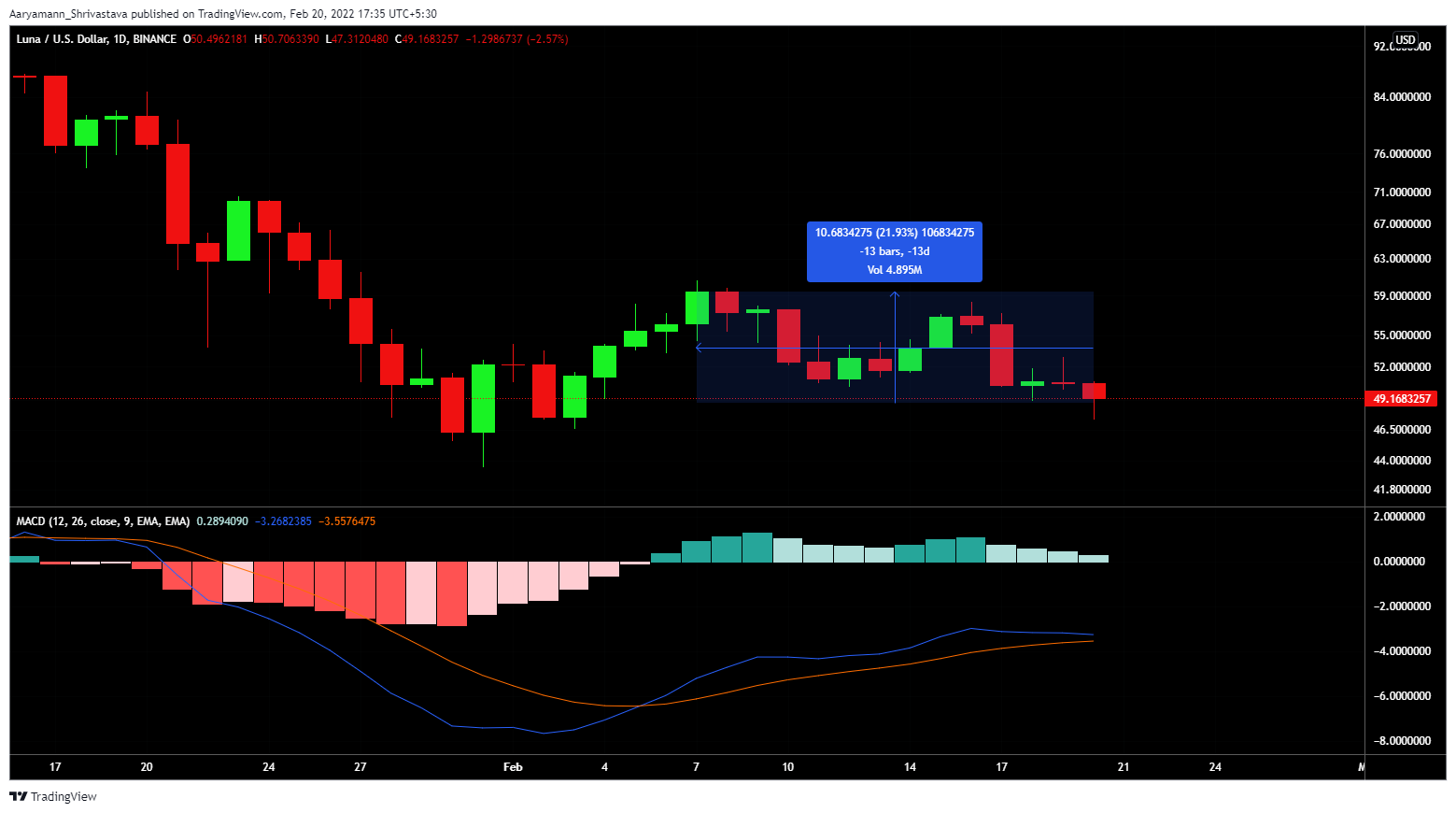 This, also despite the fact that a few days ago, the fourth-biggest cryptocurrency exchange in the world, Kraken, listed TerraUSD (UST) on the exchange.

The price fall has further resulted in a steep increase in the altcoin’s volatility, with the same rising by over 20.2%.

Another attributing factor is the slowdown of development activity on-chain, adding to the overall negative sentiment within the community.

But, even in LUNA’s loss, there is some profit to be made as Terra as a blockchain is performing well regardless. Investment in the Anchor protocol has been rising rapidly since the beginning of this year as Anchor is the only lending protocol that continues to give out returns at the “Anchor Rate” of 19-20% on deposits.

This has resulted in the total value locked in the protocol rising by 24% to $8.46 billion, allowing Terra to maintain its position as the second biggest DeFi chain in the world with $15.33 billion in TVL.

Moreover, Anchor’s token ANC has been on a stellar rise, jumping by almost 90% in a fortnight. Although the news of the $450 million back on 10 February did shake the investors slightly, things returned to normal the next day. 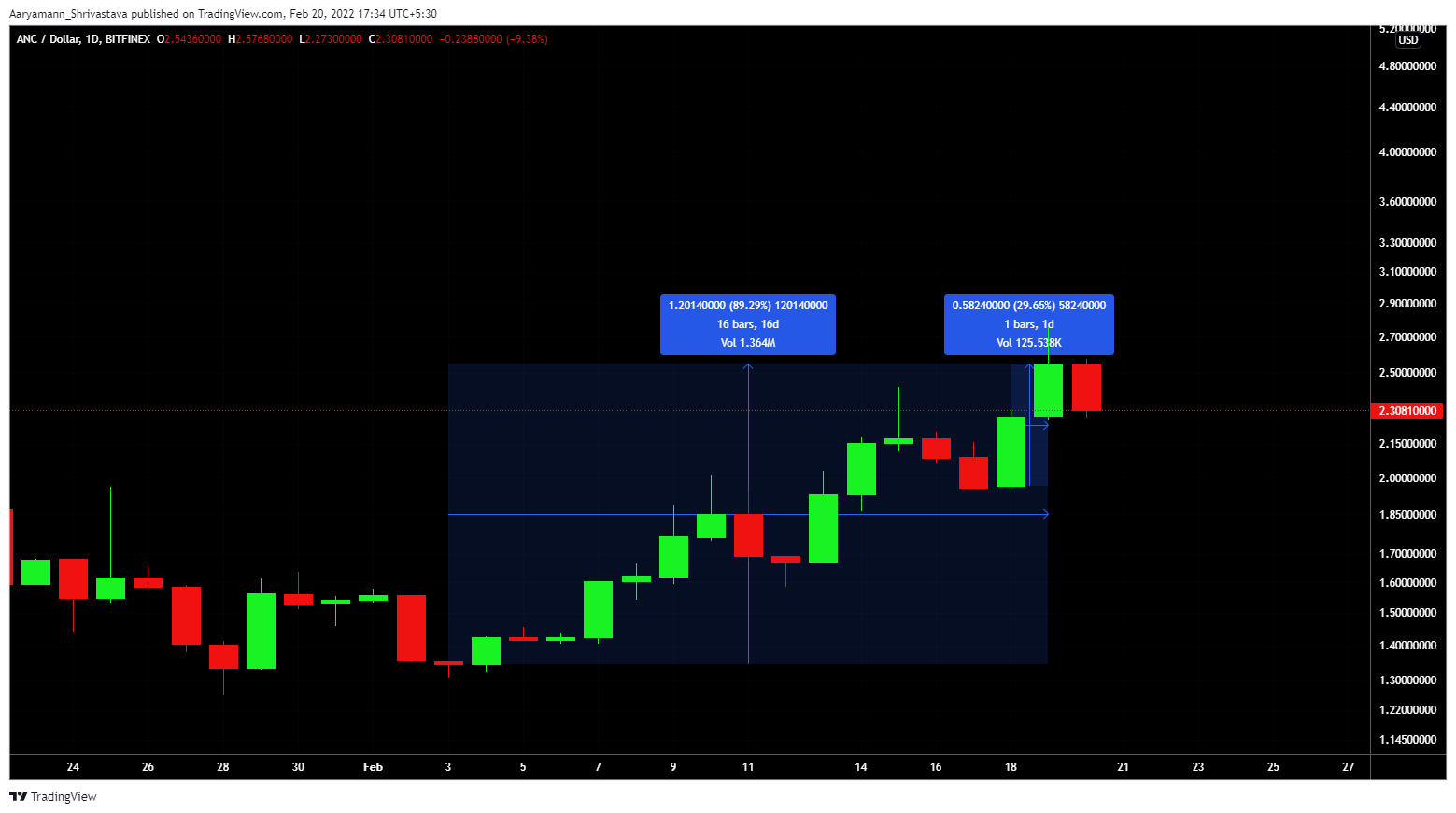 Surprisingly, investors cared more for the taker than the giver in the case of LUNA.

Uniswap, Polygon, and assessing how their ‘couple goals’ are faring

Chances of high volatility in the coming week? But DOT could defy the trend