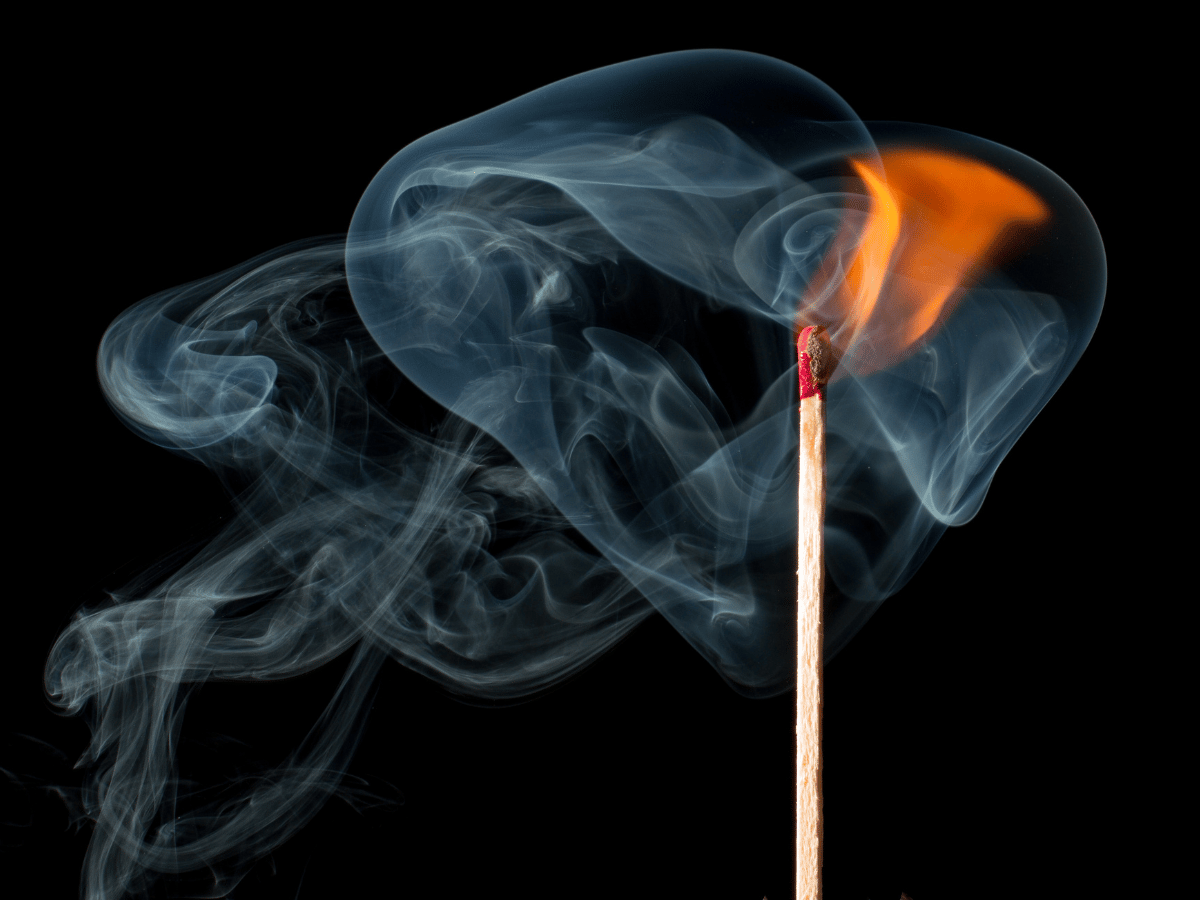 At the start of December 2022, the total number of Terra Classic [LUNC] burned was relatively minimal, LUNC Burner data revealed.

The burn activity which was a scheme by the community to keep the Terra ecosystem alive has been one of the reasons the tokens remained number 38 in terms of market value.

How many LUNCs can you get for $1?

Fast forward to 27 December, the number of tokens burned hit almost 25 billion despite a decrease in transaction count.

Behind the chances of revival, comes the boost

On the back of the burn spike was a LUNC price increase. According to CoinMarketCap, the post-LUNA collapse split token added 10.55% in value over the last 24 hours. Interestingly, the uptick was not a random market following reaction.

Instead, it was backed up with increased aggregate transactions on the Terra network. This was because the volume also surged about 136% within the same timeframe. However, indications from the daily chart showed that LUNC might find it difficult to sustain its current momentum.

Based on the Awesome Oscillator (AO) signals, LUNC’s inability to rise above the histogram meant the uptick might not last for an extended period. Since the AO measures historical market movement and potential trend reversals, it was unlikely for LUNC to break the zero line.

Rather, it might remain around the -0.0000086 region in the short term. Furthermore, on the part of volatility which LUNC had been a usual suspect of extreme levels. Meanwhile, indications from the Bollinger Bands (BB) revealed that the token was in a low zone.

Notably, the $0.000163 price had exited touching the lower bands, meaning it already left the oversold region. Typically, contraction in this case could push LUNC towards hitting new price channels. 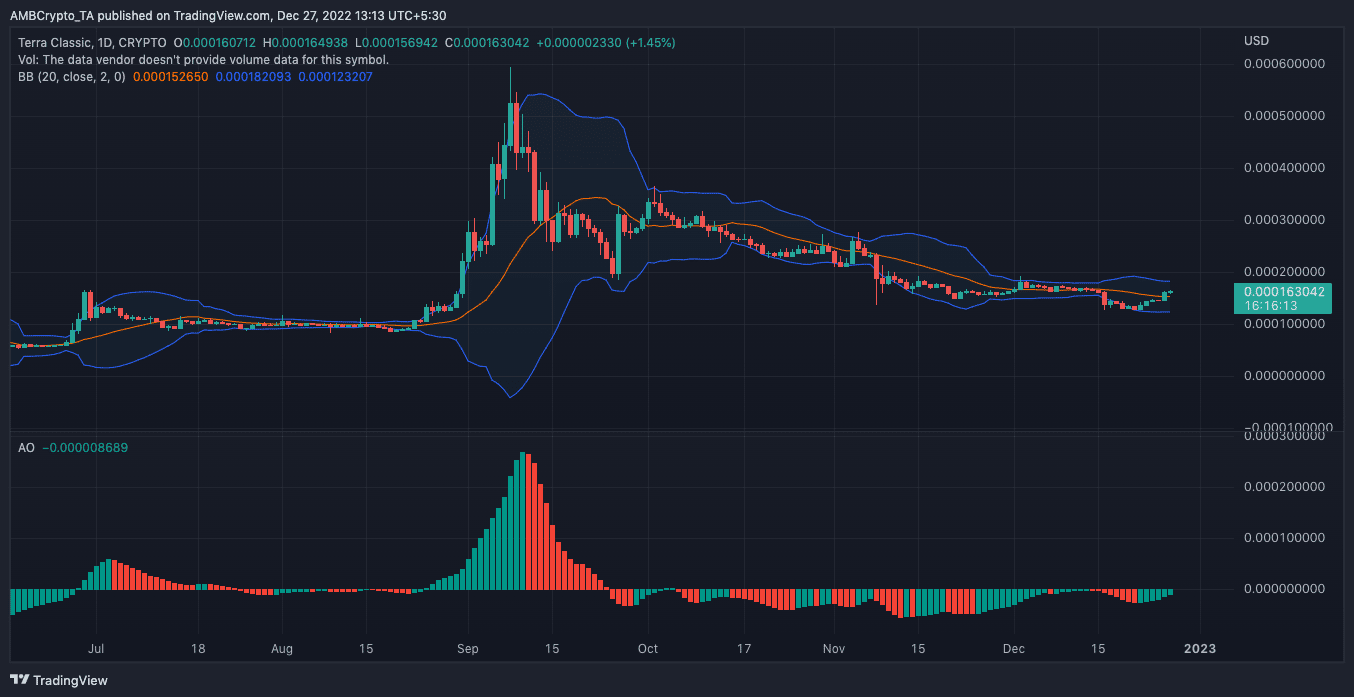 Is the community glad?

On most instances, the community has played a role in pushing up the value of LUNC. However, that has not been the circumstance with the latest uptick. According to Santiment, the social dominance at 0.906% inferred that LUNC only took a small share of discussions across media platforms.

Compared to the trend between 10 and 14 December, this was largely meager. Per the social volume, LUNC positioned at a value of 68. A simplification of this metric implied that the amount of mentions were not impressive either.

Following the development, LUNC approached hitting the $1 billion market cap. Meanwhile, popular LUNC faithful Crypto King, requested that the community vote in favor of more blockchain upgrades on the network. At press time, a bunch of the LUNC community supported the motion.

TLDR: Fund L1 devs including @ZaradarBH @edk208 and others to work on much needed blockchain upgrades.

With DeGods and y00ts set to leave Solana, NFT creator jumps in to answer ‘why’

Nexo, Vauld, and everything latest around the acquisition of the latter