As the biggest DeFi blockchain, Ethereum has a lot of protocols running for the top spot. And, looks like Maker might have swiped it this week. Even though the broader market has not been the same for every coin, MKR seemed to perform significantly better.

The month of October was the highlight for most coins’ price actions. However, for Maker, it was the last few days of October and the beginning of November that made its price push up high.

In fact, MKR, this week particularly, jumped very high, giving tough competition to some altcoins’ month-long growth. To be precise, it was up by 44.48% this week. Furthermore, Maker’s price spiked by over $1100 in the last 24 hours alone, registering a 30% hike. 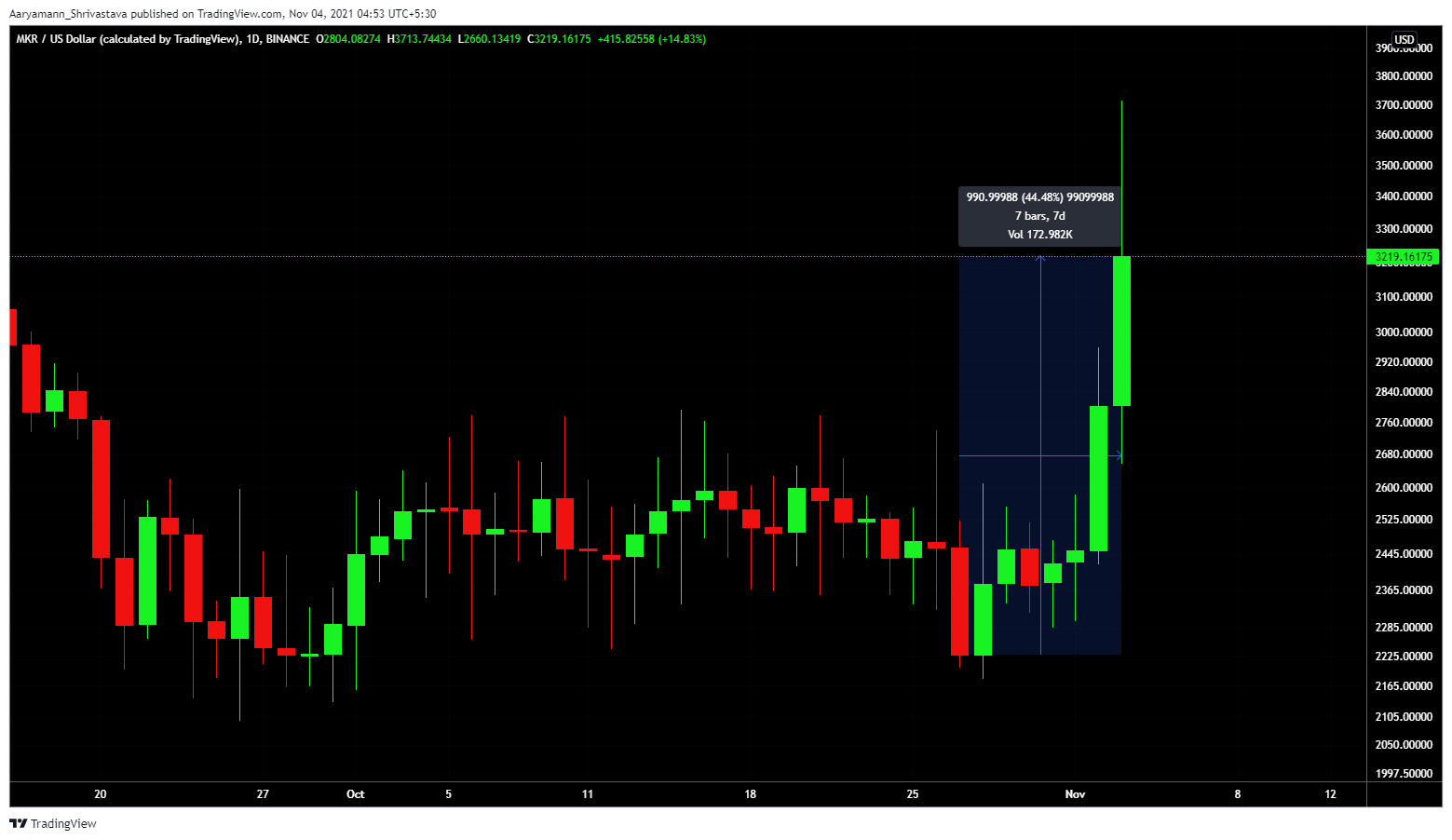 But, it is not just the spot market where it has left its mark. Even in the DeFi space, the Maker protocol has been performing exceptionally well as its TVL spiked by over $7 billion.

This resulted in the protocol outperforming the former DeFi leader Curve to claim the number one spot on the charts.

Consequently, for the first time in two months, the Maker token’s market value went up yesterday.

With over eight billion DAI issued, MKR currently generates over $230,000 in interest on a daily basis. This makes not only the protocol a success, but also makes MKR a lucrative asset.

Well, investors also breathed a sigh of relief the day MKR started rising. On 27 October, investors finally woke up and made the best of the rally. In reaction to this, large transaction volumes spiked to an almost three-month high. These transactions are those which are each worth over $100,000. This means that whales and richer cohorts were the first to react to the same. 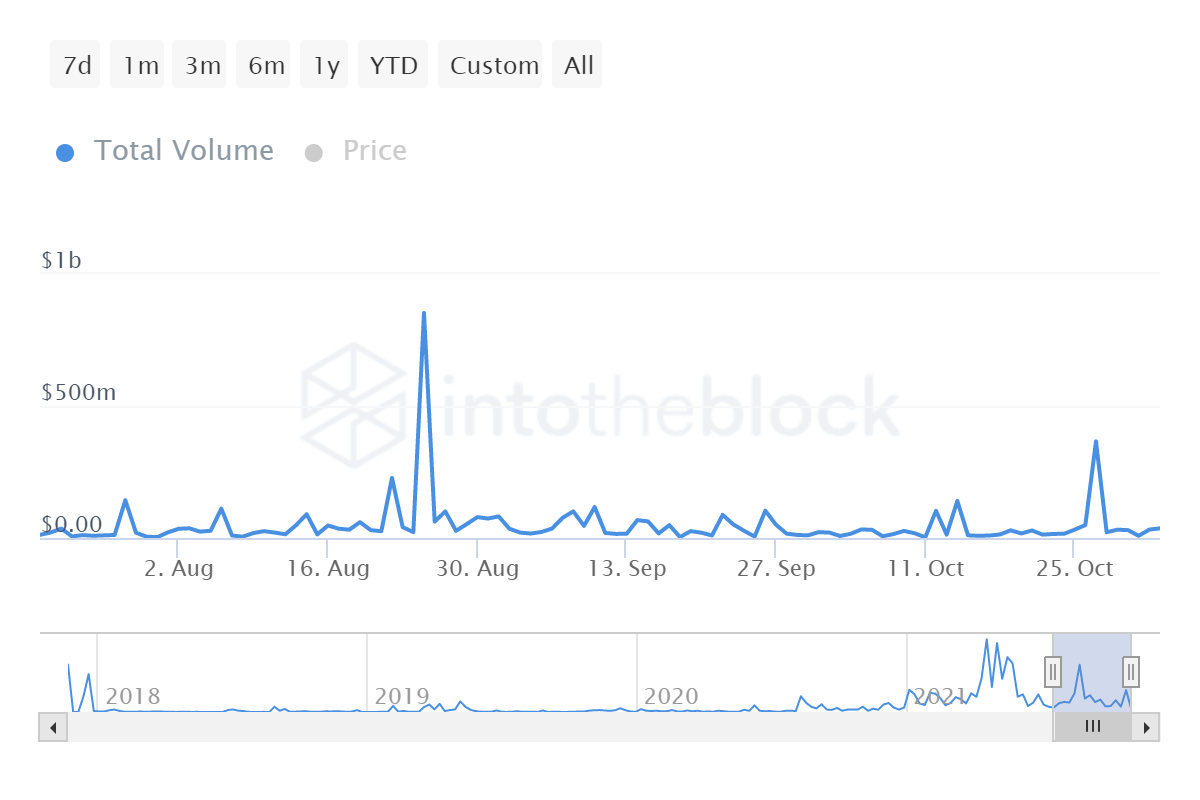 Secondly, holders are becoming more serious about MKR now that we are seeing a hike in Long Term Holders specifically.

Finally, after seven months and just in the last two months, these holders’ numbers have gone up by 9%. Here, it should be considered that the growth will eventually play in the favor of the altcoin during such rallies. 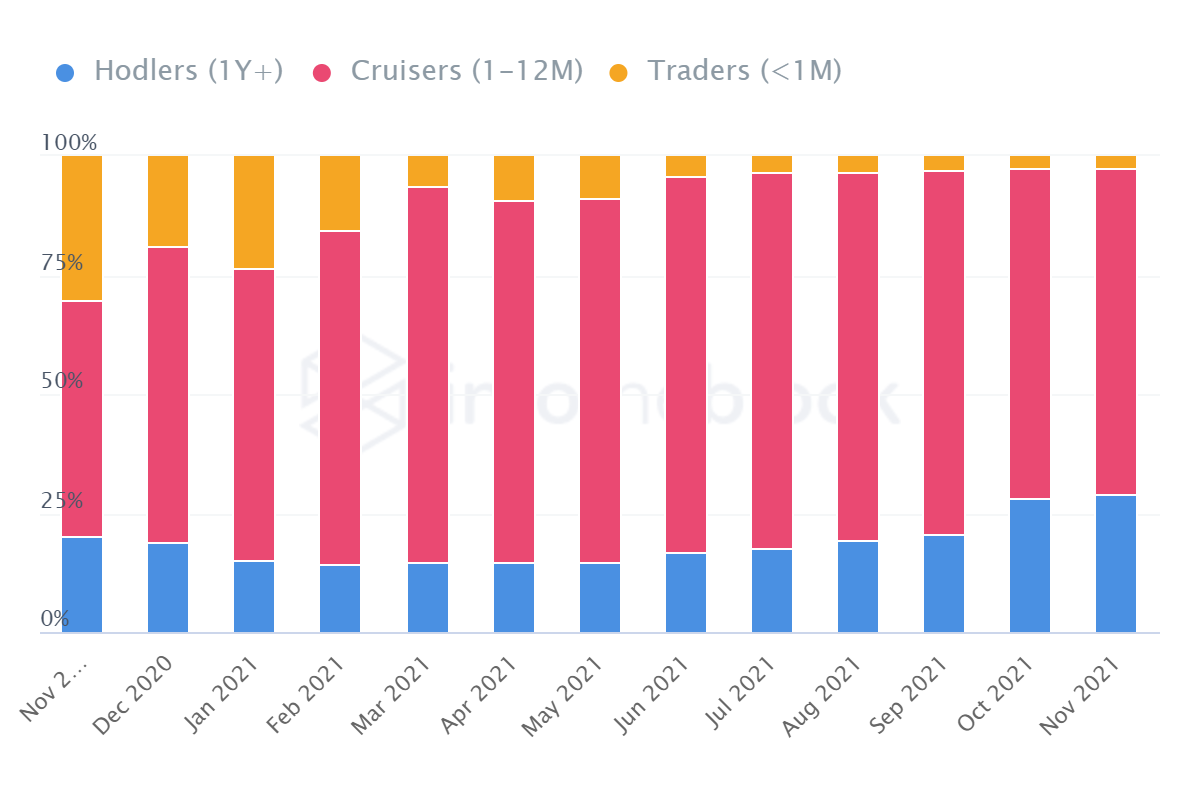 Ergo, by and large, Maker seems to be in a good spot. However, investors need to keep up their bullishness, otherwise, all this growth might be reversed.