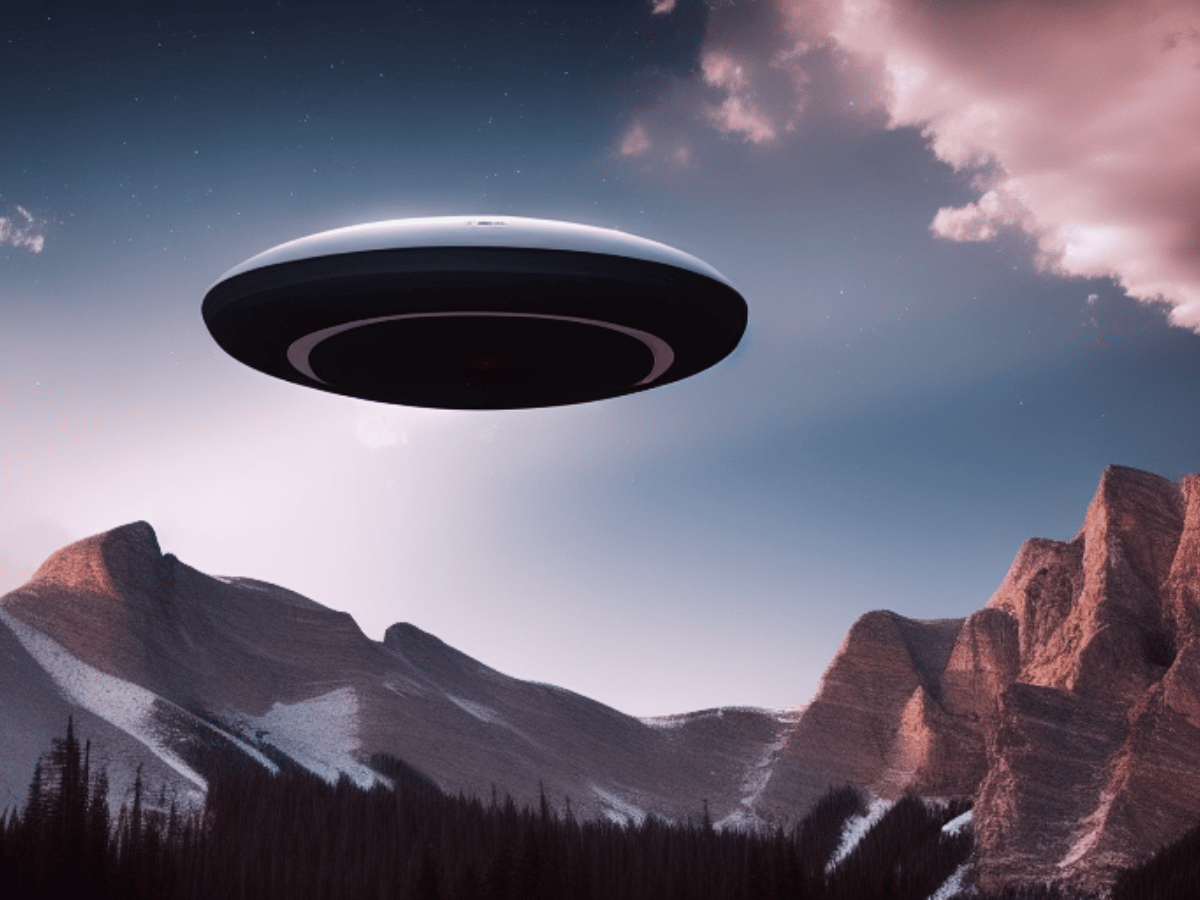 At the start of 2023, Decentraland [MANA] added new features for users on its ecosystem, and noted that it’s just “the beginning.” According to the announcement, the DCLcitizens, as they are popularly called, will be able to link profiles, differentiate nametags, and also highlight avatars.

Realistic or not, here’s MANA’s market cap in BTC’s terms

These features were not the only new year gifts the Ethereum [ETH]-based virtual reality platform handed its users. According to CoinMarketCap, MANA’s seven-day performance produced a 41% uptick. The token also followed up with a surge as it registered a 10.01% increase in the last 24 hours.

There could be an ultimatum for Decentraland

However, MANA’s uptick could be threatened by its deteriorating state on-chain. Based on Santiment’s data, MANA’s network growth was at its lowest since October 2022.

At 118, the decrease explained how Decentraland had been losing out to competitors per adoption and its resolve to gain traction.

The decrease then raises questions about Decentraland’s dedication to upgrading the project.

Although there was a surge in its 24-hour trading volume, MANA circulation was alarming at best. According to Santiment, the one-day circulation was 2.43 million at the time of writing. This indicated that only a few users had been transacting with MANA. But since the circulation did not spike, then there is no room for sell pressure.

However, there were some positives to consider from the on-chain condition. Notably, the 24-hour active addresses improved. As of 11 January, it was down at 881 but had increased to 1128 at press time.

Thus, there was a hike in the number of MANA senders and receivers. Nonetheless, it still could not balance Decentraland’s on-chain condition.

Commencement of the reversal?

The greens recorded by MANA in the last few days could falter in the coming days, as evidenced by the Relative Strength Index (RSI). At press time, the RSI was 71.22.

Having crossed the overbought zone, a retrace could be in place. Well, the potential stayed glaring as the RSI had begun trending downward at the time of writing.

Moreover, the Awesome Oscillator (AO) revealed that MANA could end up consolidating, as the interchanging green and red bars showed inconsistent momentum. 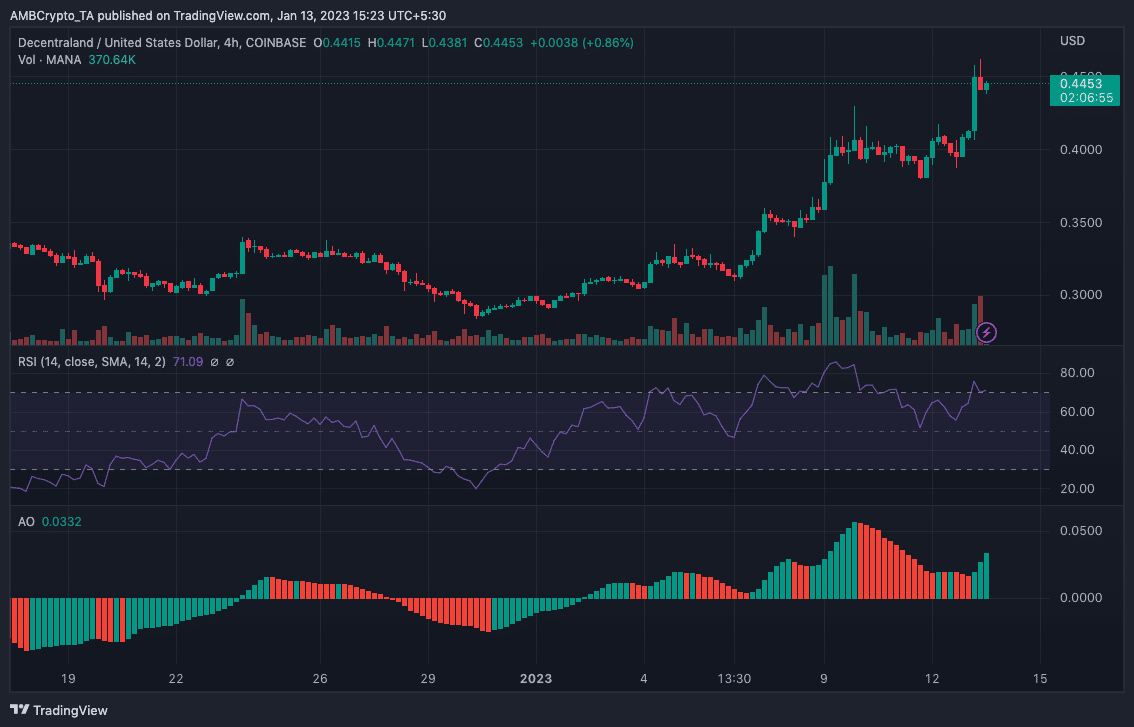