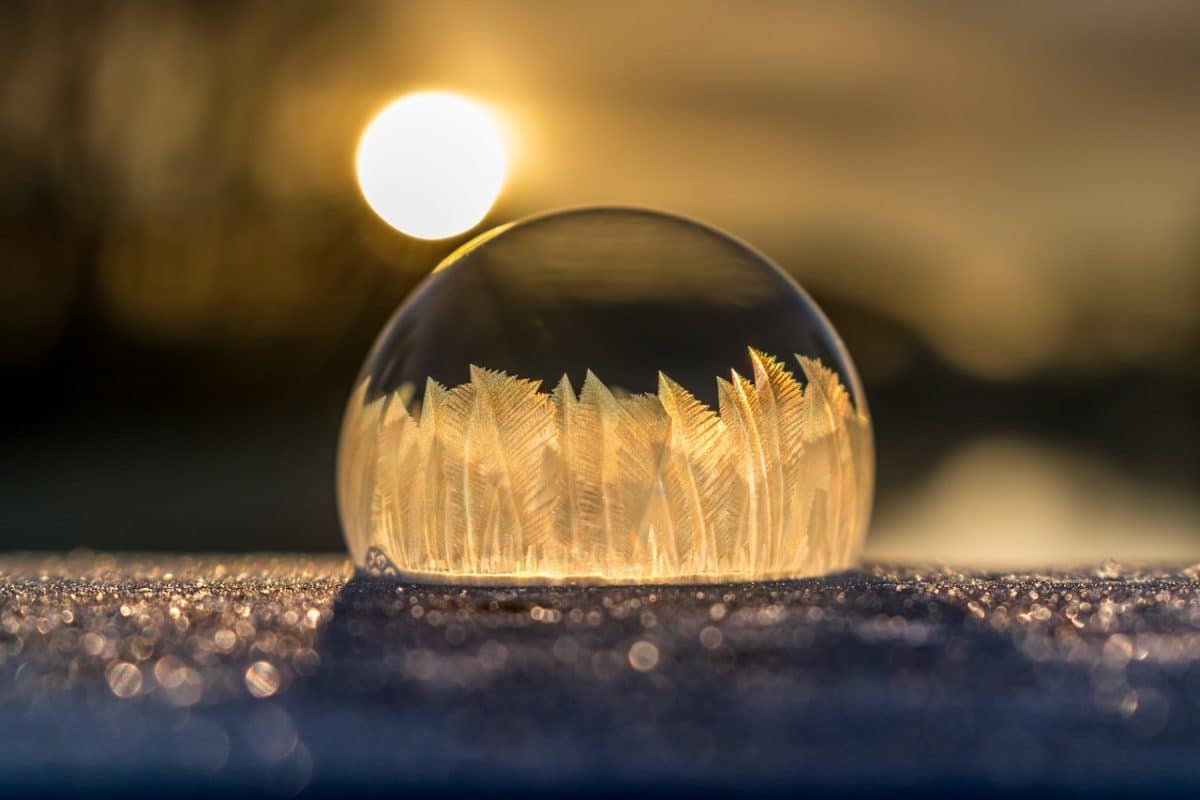 From 21 October to 26 October, the USDT Dominance metric saw a slide from 8% to 7.1%. This was a direct result of Bitcoin pumping from $19k to $20.8k, which infused crypto market participants with bullish confidence.

On the other hand, MATIC already had a bullish outlook as it broke the market structure to bullish just before the aforementioned pump. After the positive sentiment of the past two weeks, it was likely that MATIC bulls had more fuel left in the tank.

Notwithstanding the bearish order block at $0.92, a retest of midrange can see a leg upward 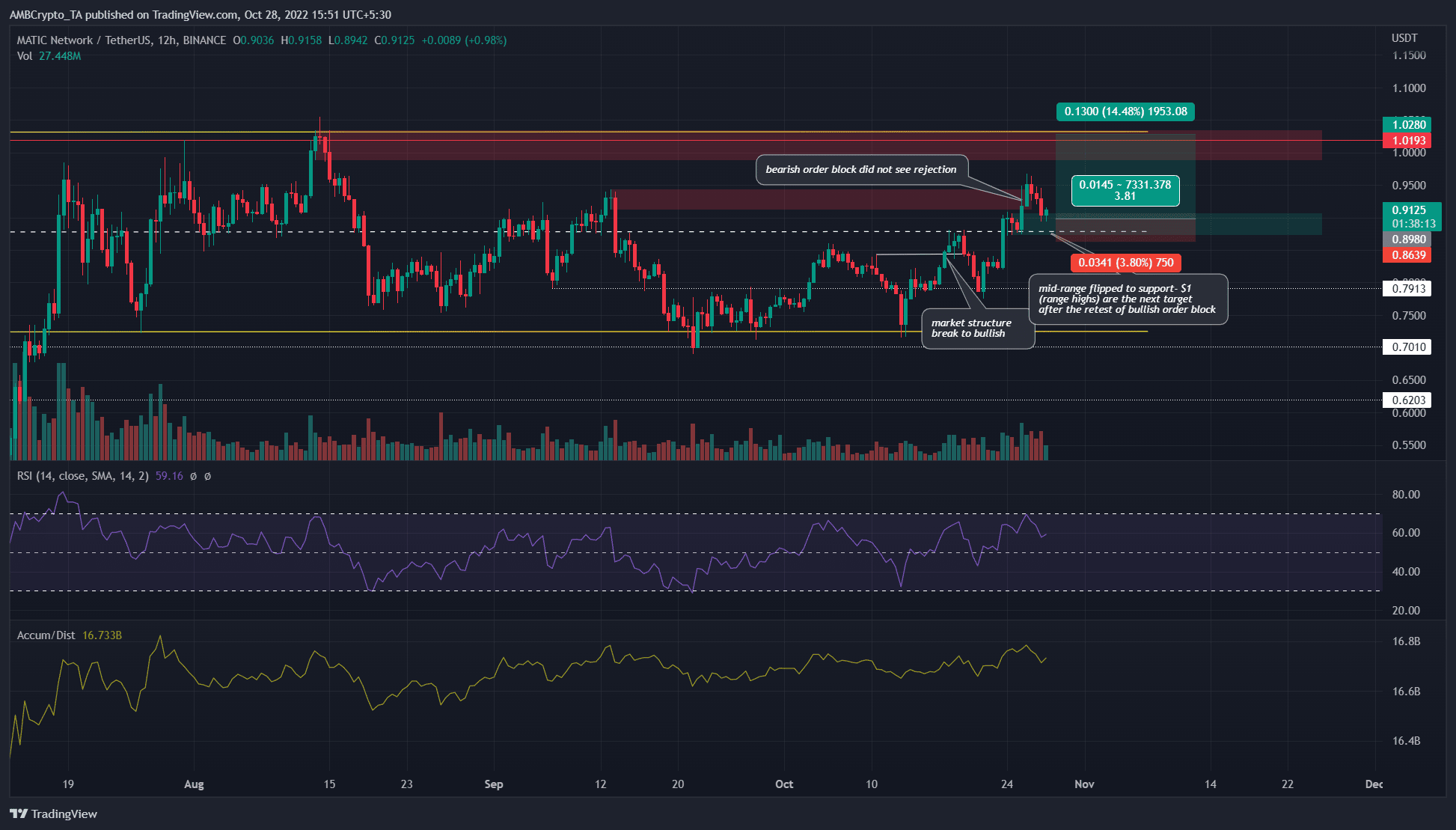 Since mid-July, the price has traded within a range from $0.72 to $1.03, with the mid-range value at $0.88. Earlier this month, a revisit to the lows of this range saw good gains registered.

This development highlighted how liquidity near the range lows was tested and MATIC bulls were on a mission to test the sellers at the other end of the range.

The A/D indicator did not see a strong trend in recent months, which reinforced the idea of a range formation. Meanwhile, the RSI also swung from 30 to 70, even though a longer-term trend was not in motion. This oscillation also supported the notion of a range.

The bullish market structure break on the 12-hour chart in the past few days was followed by a surge to the $0.93 bearish order block. The bulls pulled out a surprise and broke past this order block to underscore bullish intent.

The mid-range value has also been tested as support, hence a buying opportunity was in sight.

Invalidation of this idea would be a session close below the $0.876 mark, while buyers can look to book profits in the $1-$1.05 area in the event of a move higher.

The 30-day MVRV has been unable to climb above the 14% mark since mid-August. The past few days saw the MVRV climb to 13.5% before a decline, although it remained in positive territory. The idea was that, as the MVRV climbs, more and more market participants might be tempted to sell MATIC at a profit.

This could slow down or halt rallies. By itself, this metric was not a gauge of a reversal in trend. The supply on exchanges metric has been in decline line late June.

This showed that the token was not being moved to the exchanges in large droves. If it had, it would signal a wave of selling around the corner.

Analysis showed that a move to $1-$1.05 was likely. Given that this was a three-month range, it was likely that a shorting opportunity could appear near the range highs.

Dogecoin critics will be appalled to know that DOGE rallied 46.48% because…