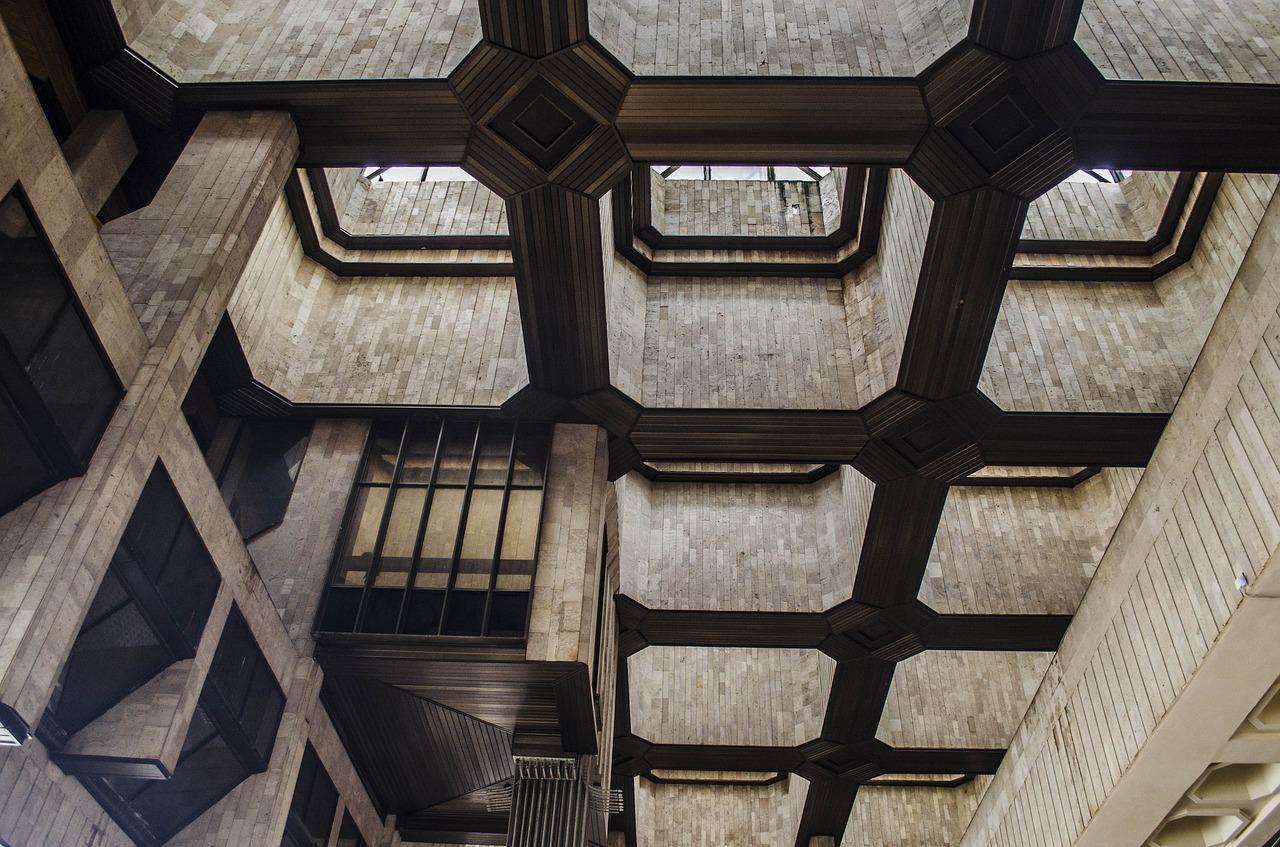 The broader market crash wiped out $280 billion from the crypto market as every cryptocurrency crashed over the past 24 hours. Falling below the $1 trillion mark, the combined value of all cryptocurrencies, at the time of writing, stood at $934 billion.

Among the ones to take a hit was Polygon as well, which is under the threat of investors’ exit at the moment.

MATIC has been taking hits after hits since its ATH of December 2021. Right after the January crash, the May crash knocked on the door following which the token has been on a speedy southbound journey. In fact, over the last seven days, the altcoin has reduced by 25.44%.

Trading at $0.443 at the time of writing, MATIC suppressed its investors’ hope who expected the token to reclaim the $1 mark soon.

In doing so, the altcoin converted the 50-day Simple Moving Average (SMA) as resistance. In fact, the press time price of MATIC rested below the 100-day and 200-day SMA. Thus, clearly hinting at the sellers’ dominance in the current market structure.

It is here to be noted that the MATIC token fell into the oversold zone invalidating the attempts of all recovery.

Furthermore, MATIC investors were at the edge of their worst ever position. Back in January 2022, only 4.15% of MATIC holders were yet to reap profits on their investment.

But instead of them gaining profits, more than 86% of the investors fell into losses leaving 90% of investors miserable. 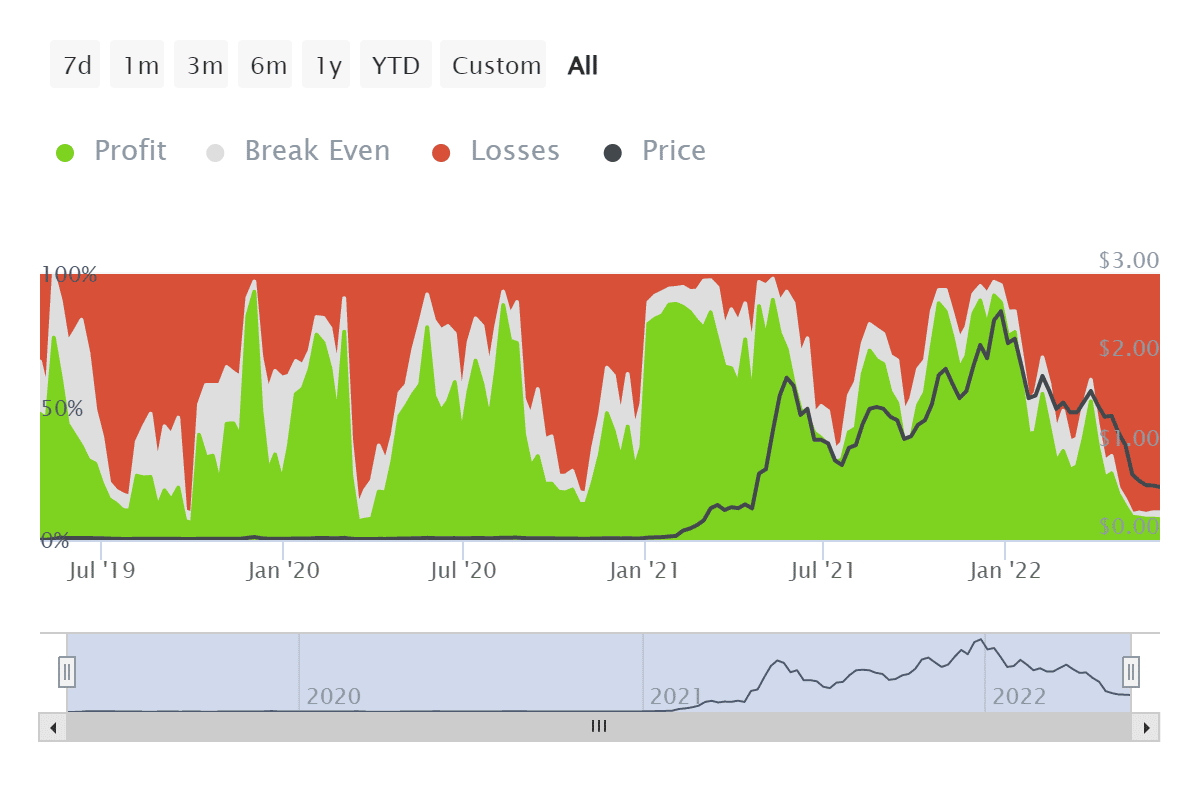 Out of these 90% addresses, 17.2k of them are facing the wrath of the market- these individuals bought their holdings around the time when MATIC was at its highest trading at $3.003. 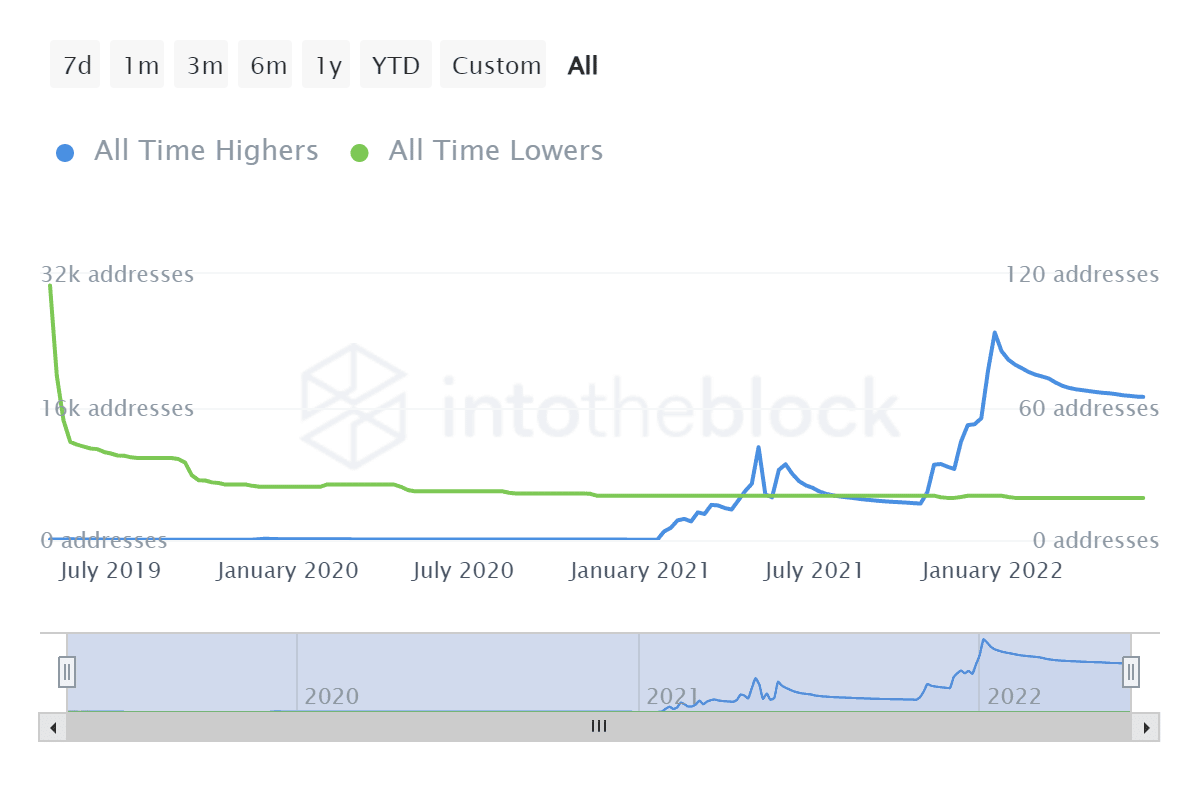 However, from here on, what matters the most is the possibility of recovery, which is pretty bleak right now since the volatility which could swing prices upward is reducing.

Low volatility will make it difficult for MATIC to recover from the 25.44% crash observed over the last week. And, it might even subject MATIC to further drawdown should the broader market decline further. 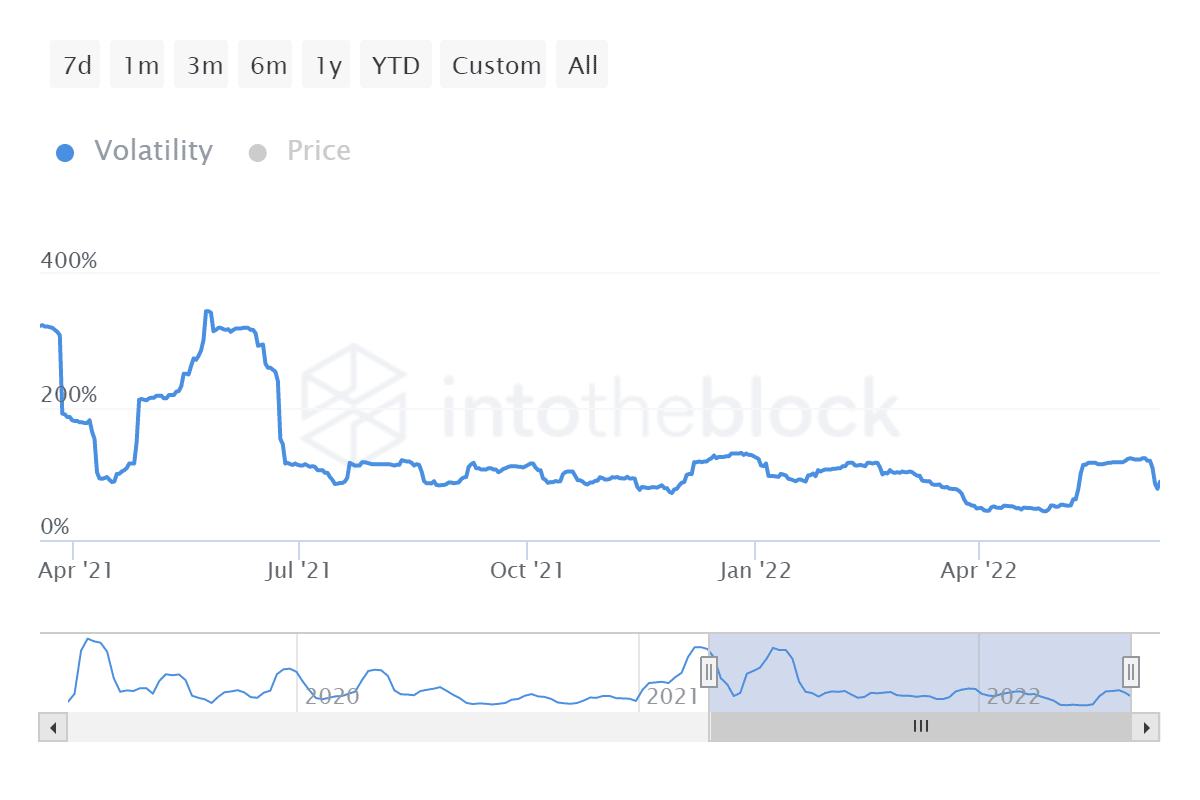 USDD, USDN lose their $1 peg; another UST fiasco-like event on the cards?

Assessing if LEO can continue defying the broader market sell-off