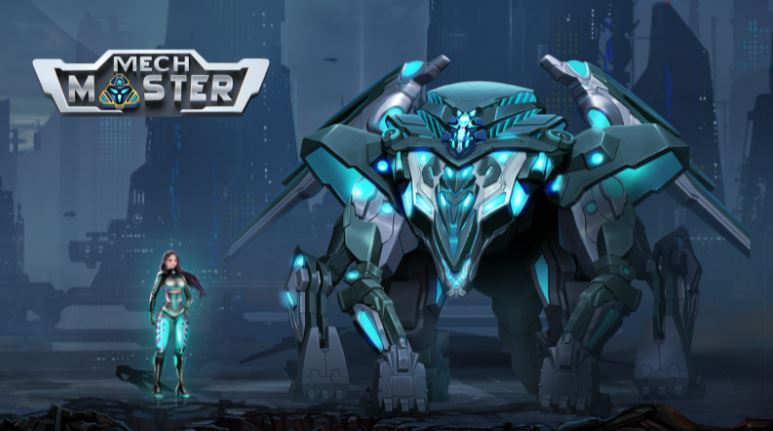 The NFT gaming arena has heated up with multiple projects making their debut each day, basking on the ongoing NFT frenzy. The NFT trend in 2021 is taking the concept of Metaverse to next level and play-to-earn games that combine the best of gameplay and crypto tokens have become a rage in the recent past. Mech Master is taking the rage to build the next generation of blockchain gaming ecosystems with its first-ever RPG Mecha game on a blockchain.

While there are hundreds of P2E NFT gaming projects currently available in the market, however, the majority of them focus on the trend rather than the core part of their project i.e gaming. Unless the games are engrossing and interactive enough, no matter how lucrative the reward offerings are, they would fail to gain traction. Mech Master understands that and that’s why has brought innovative gameplay with in-game rewards and rare collectibles.

Mech Master’s strategic turn-based RPG game allows players to build their own territory with future technologies and protect their homeland. In the Mech universe, players are challenged to collect giant fighting machines and futuristic weapons to save the world.

Being an experienced pilot in Augmented Reality, players set themselves apart from other players with unique tactics and sharp decision-making skills. Being a blockchain game in a sci-fi setting, not only combat arenas will earn players rewards, but they can also profit from battles by earning Mech tokens, the native token of the ecosystem that acts as a center point in the gameplay as well.

Mech Master is a Gamer’s Paradise With its Intriguing Gameplay

What sets Mech Master apart from similar projects is the innovative gameplay that removes most of the complex issues faced by gamers in general, and offers seamless gameplay, with amazing 3-d graphics engrossing the player in the virtual world. The game has been designed to stand the test of time and become a leading game in the second generation of the blockchain gamefi ecosystem.

Players can battle others and climb up the global seasonal ranking. Top rank players around the world will have the chance to participate in a special tournament at the end of each season for tons of valuable prizes. And then there will be a very prestigious Mech Master World Cup annually with even more extraordinary rewards. After each battle players will earn Mech Token and other resources like minerals, gold that can be used to produce new Mecha, new equipment and then trade with other players on the Mech Master market.

Mecha is the central part of the gameplay, where Mecha represents a mean machine that would be controlled by the pilot. Mecha would have different collectible parts that players would gather resources to build to make their Mecha more formidable.

Mech Master is also one of the first games to implement AR technology into the game to come closer to being a part of the next-generation Metaverse. Users can become part of the Mech Master Metaverse by owning a 3D Model of a Mecha and as the ecosystem progresses, they would have more options to explore in the Metaverse.

The most notable collectible is Moonbase which would divide the moon into different regions and players can buy a piece of the moon to build their Mecha army. The territories are limited and thus very rare and valuable. The bigger region a player holds, the more chances they have of earning rewards. Moonbase is an ERC-721 NFT collectible representing a piece of land on the moon.

Mech Master Token (MECH) is an ERC-20 governance token, based on Polygon, Binance Smart Chain (BSC), and PolkaFoundry network for the Mech universe. MECH holders can use their tokens to stake with attractive annual percentage rates, play the game, and participate in key governance votes. The primary utilities of the MECH token are:

Mech Master is currently well on schedule with its roadmap and the IGO sales are currently underway. Mech Master has one of the most enormous libraries of assets that players can trade around to build the strongest Mecha lineup. Almost every item in the game is created by players, from materials found by players. They will become players’ own unique assets which can be very valuable on the trade market.