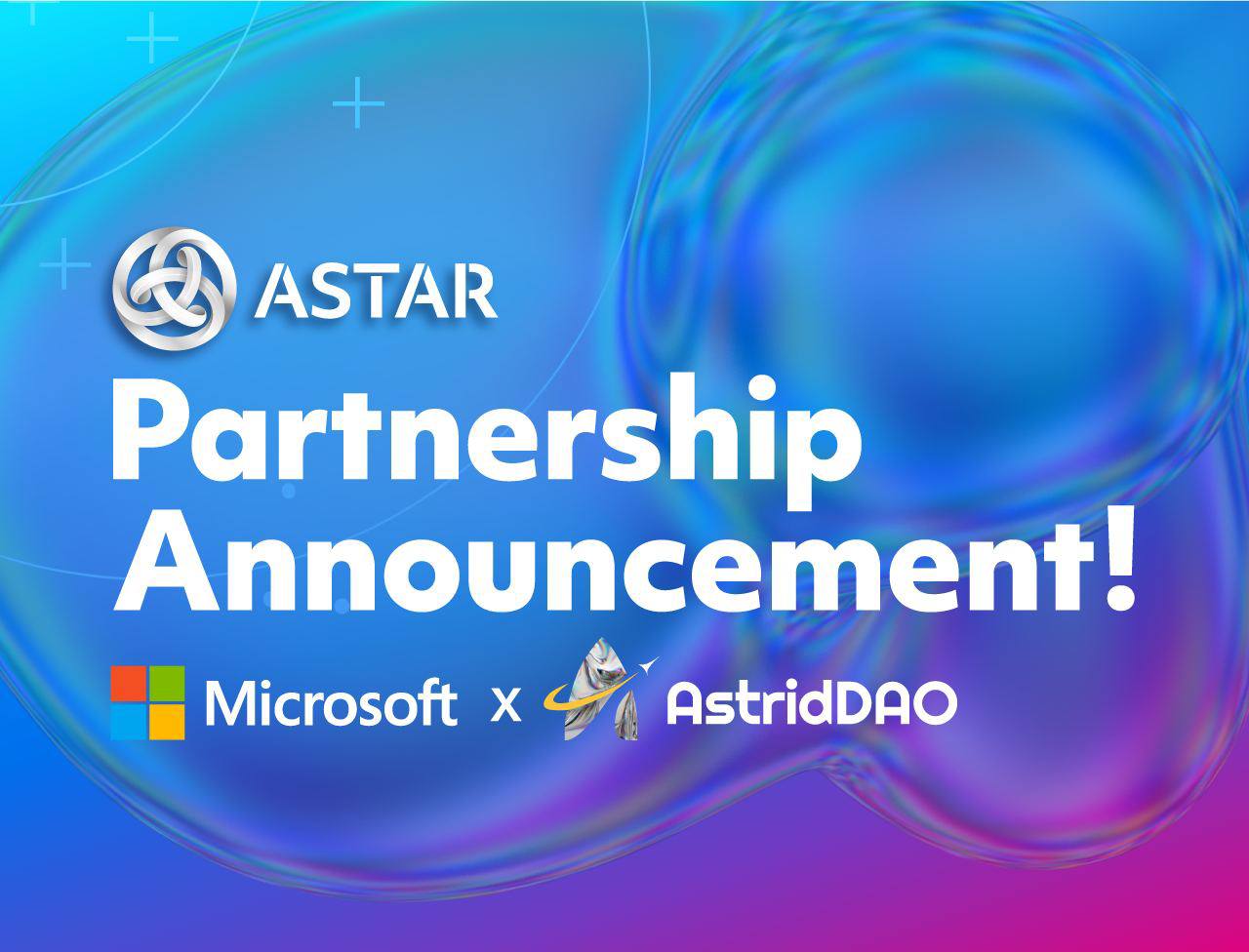 Exciting news from the Astar ecosystem. The project AstridDAO being built on Astar has officially announced a partnership with Microsoft. This partnership has huge implications for the ecosystem as a whole. Microsoft, is a powerhouse of innovation bringing its resources and technology to AstridDAO. Endorsing and coaching the project shows that the tech giants are paying attention to Astar and the projects being built on the network.

AstridDAO is a decentralized money market with a fully backed stablecoin, $BAI, which is hard-pegged to the US Dollar.

Microsoft welcomes AstridDAO to the Microsoft for Startups program. This partnership accelerates business development and growth removing the traditional barriers involved in building a company. Bringing AstridDAO access to technology, coaching, and marketing which competitors and other companies do now have access to. Microsoft will be providing AstridDAO with up to $350,000 of benefits through Github Enterprise, Microsoft Teams, and Azure credits. Keep your eyes on AstridDAO, the future is looking very bright for the company.

This partnership from Microsoft signifies AstridDAO as being backed by one of the most innovative tech-driven companies in history.

A word from the AstridDAO team:

“We are super excited to join the Microsoft for Startups program! With incredible resources sponsored by Microsoft, we will ensure AstridDAO can better serve the community and facilitate BAI to become the dominant native stablecoin for the whole Astar and Polkadot ecosystem.“- AstridDAO Team

If you haven’t been paying attention to Astar and the ecosystem as a whole, take this as a sign to start. This network has shown time and time again that they are innovating and building the future of blockchain technology. Microsoft partnering and becoming involved in the network is yet another signal that Astar is an ecosystem you need to keep your eyes on.

AstridDAO is a decentralized money market protocol and multi-collateral stablecoin built on Astar and the Polkadot ecosystem, allowing users to borrow $BAI, a stablecoin hard-pegged to USD against risk assets at 0% interest and minimum collateral ratio.

This mechanism enables users to leverage the value in their risk assets, including $ASTR, $BTC, $ETH, and $DOT without selling them.

Astar Network is the leading smart contract hub that connects the Polkadot ecosystem to Ethereum, Cosmos, and all major layer 1 blockchains. Astar Network supports dApps using multiple virtual machines — namely WASM and EVM — and offers the best technology solutions and financial incentives via its Build2Earn and Astar Incubation Program for Web3 developers to build on top of a secure, scalable, and interoperable blockchain.