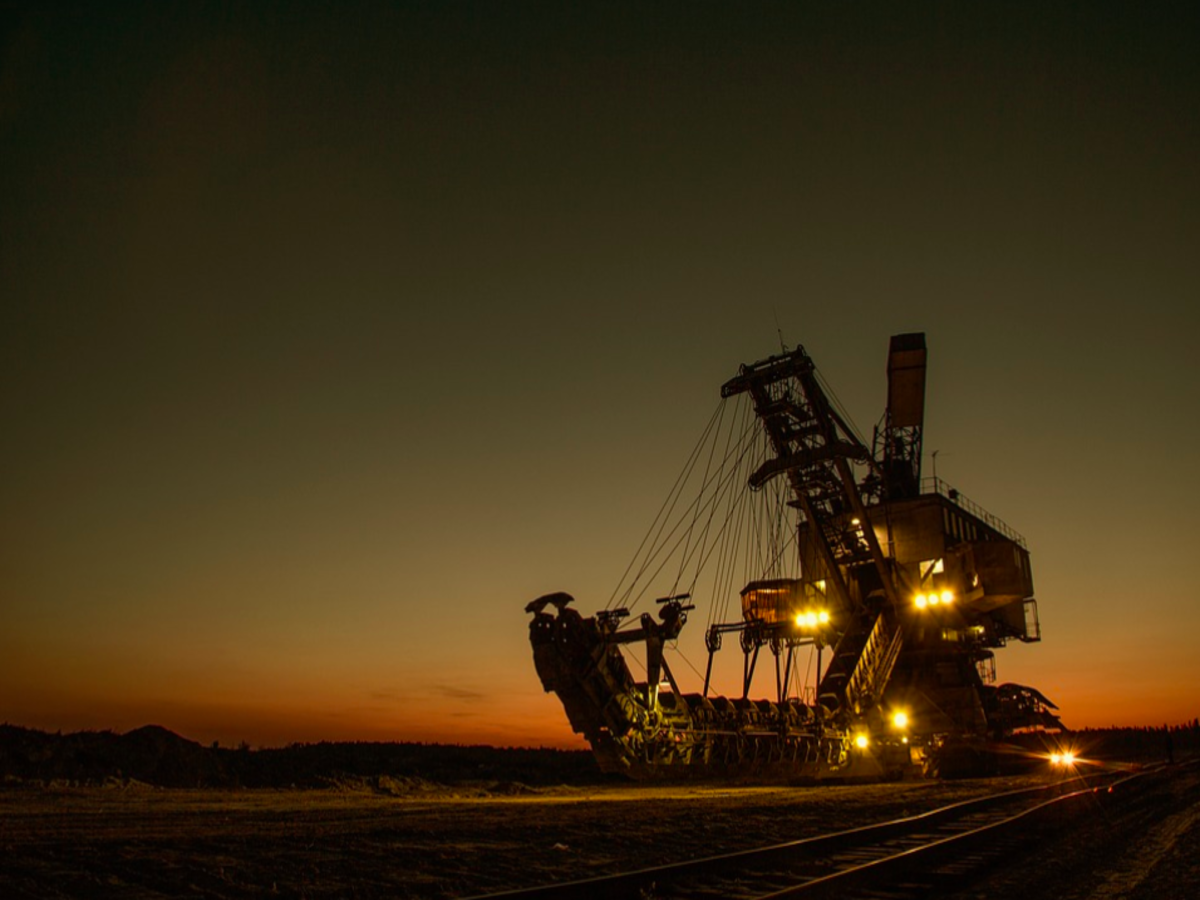 Bitcoin has seen its own share of ups and downs since the beginning of this year. In fact, it massively rallied over the course of the year’s first few months, before becoming a victim of May’s flash crash. It later consolidated for a couple of months before gradually, inching higher again.

Of late, however, the asset’s price has remained indecisive. Right after hitting a high of $69k on 10 November, the cryptocurrency started shedding value. It went on to fall to a level as low as $62.2k on 12 November, before recovering somewhat.

At press time, the king coin was trading around $65k, following a 1.7% hike on the daily timeframe.

Well, as soon as the price starts hiking, selling pressure sneaks into the market. Weak hands begin to realize gains, and that, to a fair extent, drags down the price further.

As far as the current Bitcoin market is concerned, there is slight selling pressure. However, one integral group from the community – miners – haven’t stepped onto the bandwagon yet.

Spurning away the sell pressure

Yes, the state of most miner-related metrics seemed to suggest so.

Consider the state of the Puell Multiple, for instance. This metric managed to climb as high as 1.9 towards the end of October, implying that a few miners sold their coins when Bitcoin’s price broke even and hit its previous ATH.

Since then, however, this metric has embarked on a downtrend journey, projecting a value of 1.5 at the time of writing, wiping off the selling pressure narrative in the process. 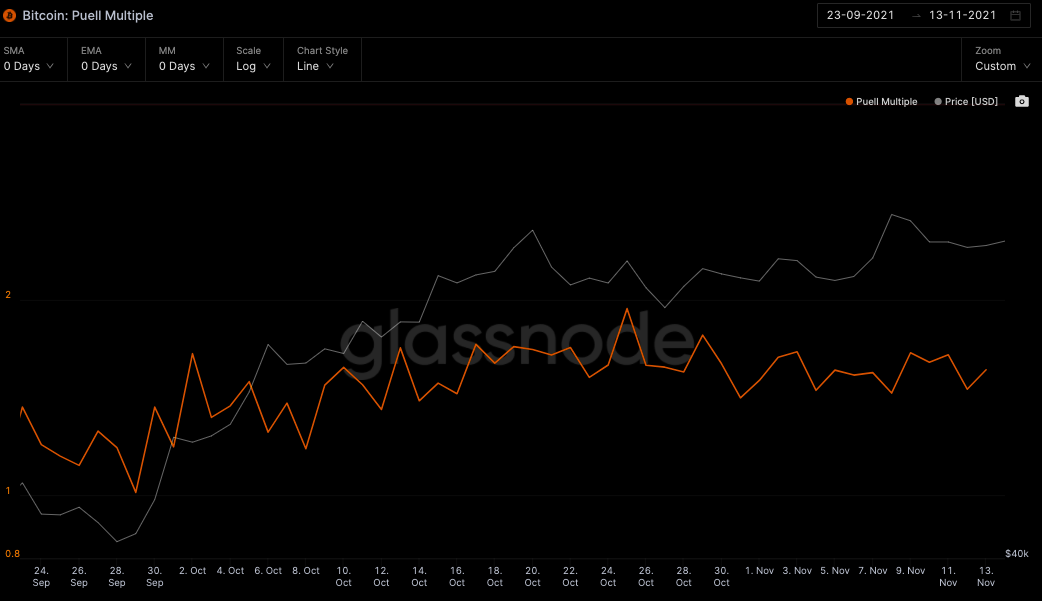 The Miners’ Position Index reading confirmed the same. Simply put, this is the ratio of Bitcoin leaving all miners’ wallets to its one-year moving average. Values above 2 usually indicate that miners are mass-selling.

As per CryptoQuant’s data, the MPI was in positive territory towards the end of October. It plunged soon after, however, and started re-advocating the accumulation narrative.

Cumulative miner outflows have also been oscillating around their lows. Miners clinging onto their HODLings is a clear indication of their confidence in the long-term prospects of Bitcoin. To some extent, it can also be contended that Bitcoin’s rally phase has just begun gaining steam and the coin would likely go on to increase its valuation in the coming weeks.

The ASOL has additionally been revolving in the lower range, implying that newer participants are the ones who are actively trading and dominating the market. On the contrary, investors and miners are clasping their HODLings.

Well, the miner revenue factor, to some extent has the potential of playing spoilsport and turning the tables. According to Glassnode’s data, this metric has recorded a dip, when compared to the end of October’s numbers.

Miners, to a fair extent, depend on their revenue to cover up their costs and the current state of this metric opens the door for miners in need of liquidity to sell their HODLings.

At this point, it should be noted that Ethereum miners have been earning more than Bitcoin miners of late. If BTC’s mining revenue continues to trend lower, these miners might consider shifting to Ethereum’s boat.

However, with the PoS shift taking place, the Ethereum mining job is merely a time-ticking gig. And, in effect, Bitcoin mining would end up remaining profitable over the long run. 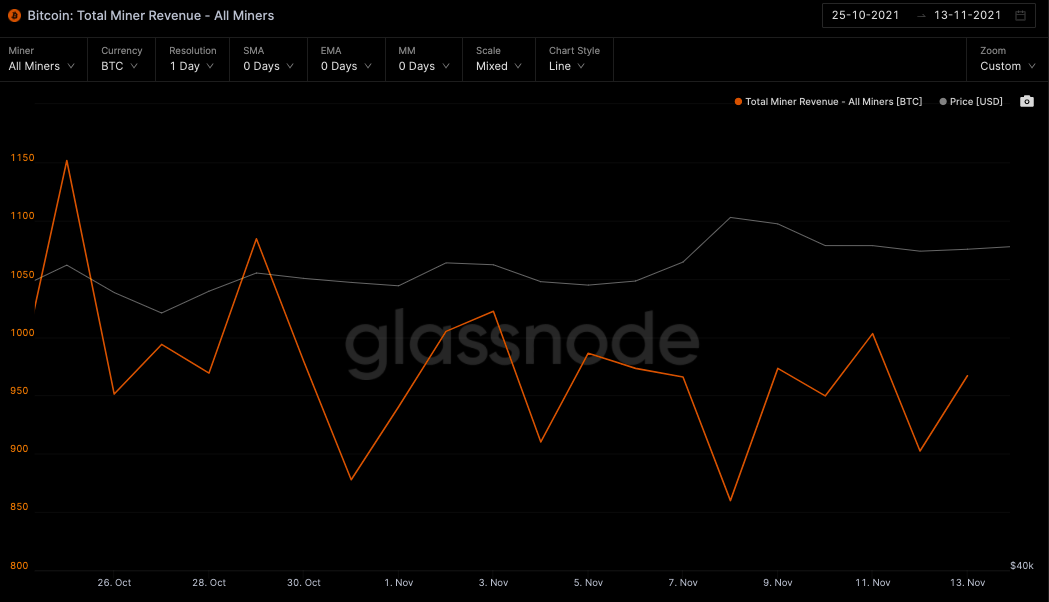 Ergo, only if miners resist the urge to sell their HODLings and shift their boats, Bitcoin’s price would be able to continue rallying without much hindrance.