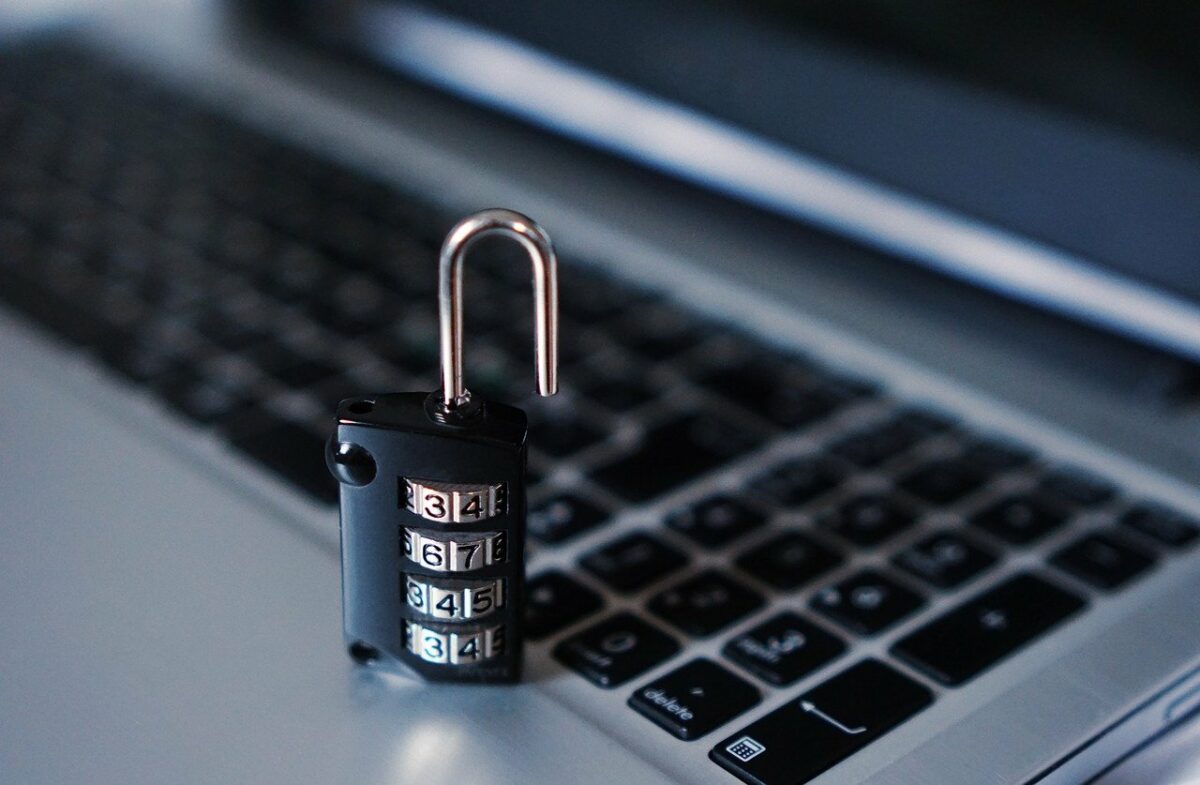 The use of cryptocurrency mixers has been at the helm of crypto investigators and compliance officials. This use of mixers has reached an unfortunate all-time high recently as per the latest reports. In fact, more than 10% of all funds sent from illicit addresses are sent to mixers!

According to a recent report by Chainalysis, mixer usage hit an all-time high in 2022. This is a growing concern in the crypto community with such mixers already attracting attention in recent high-profile attacks. The lack of KYC authentication makes the use of mixers very attractive to criminal activities.

The Lazarus group, based in North Korea, has often used mixing techniques to launder the stolen funds. As covered in an earlier report, the group was framed for the $100 million attack on the Harmony Bridge. The group has reportedly stolen funds totaling over $2 billion as per Elliptic’s analysis.

Chainalysis data affirms the growing threat of mixers in their latest report. The 30-day MA daily value received by mixers reached an ATH of $51.8 million as of 19 April. These figures have nearly doubled in their YTD volume from 2021. 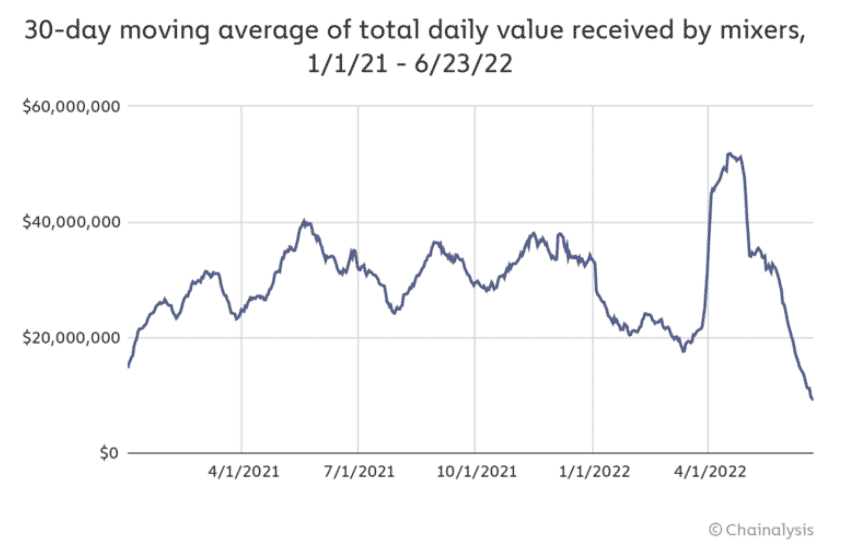 Despite the widespread usage in crime, mixers aren’t considered as illegal tools. Interestingly, the Financial Crimes Enforcement Network (FinCEN) has claimed that these mixers are money transmitters under the Bank Secrecy Act. However, in 2021, the Department of Justice arrested and charged the operator of Bitcoin Fog on multiple counts. The charges included involvement in money laundering, operating an unlicensed money transmitting business, and money transmission without a license.

The breakup of funds received by mixers from illicit addresses is suggestive of an unfortunate growing trend. Illicit addresses account for 23% of funds sent to mixers so far in 2022, up from 12% in 2021. 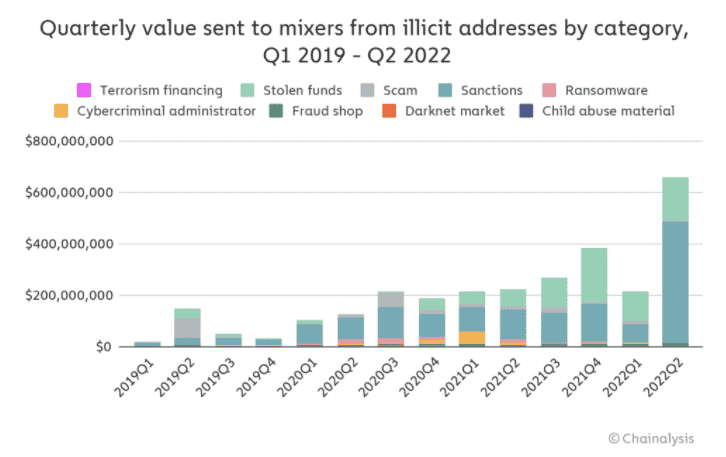 What’s more concerning is the growing use of mixers by sanctioned addresses, especially in 2022. Russian based-entity, Hydra, leads in this category while accounting for over 50% of funds moving in mixers. Next comes the recently covered Lazarus Group with a share of over 30% of funds sent into mixers. Third, we have Blender.io which is another North Korean-based entity at 18.8%.

A word of safety

The report concluded that mixers pose a money laundering threat to the broader global markets with increasing use.

ATOM’s on-chain metrics may be bullish, but will market conditions see eye-to-eye?