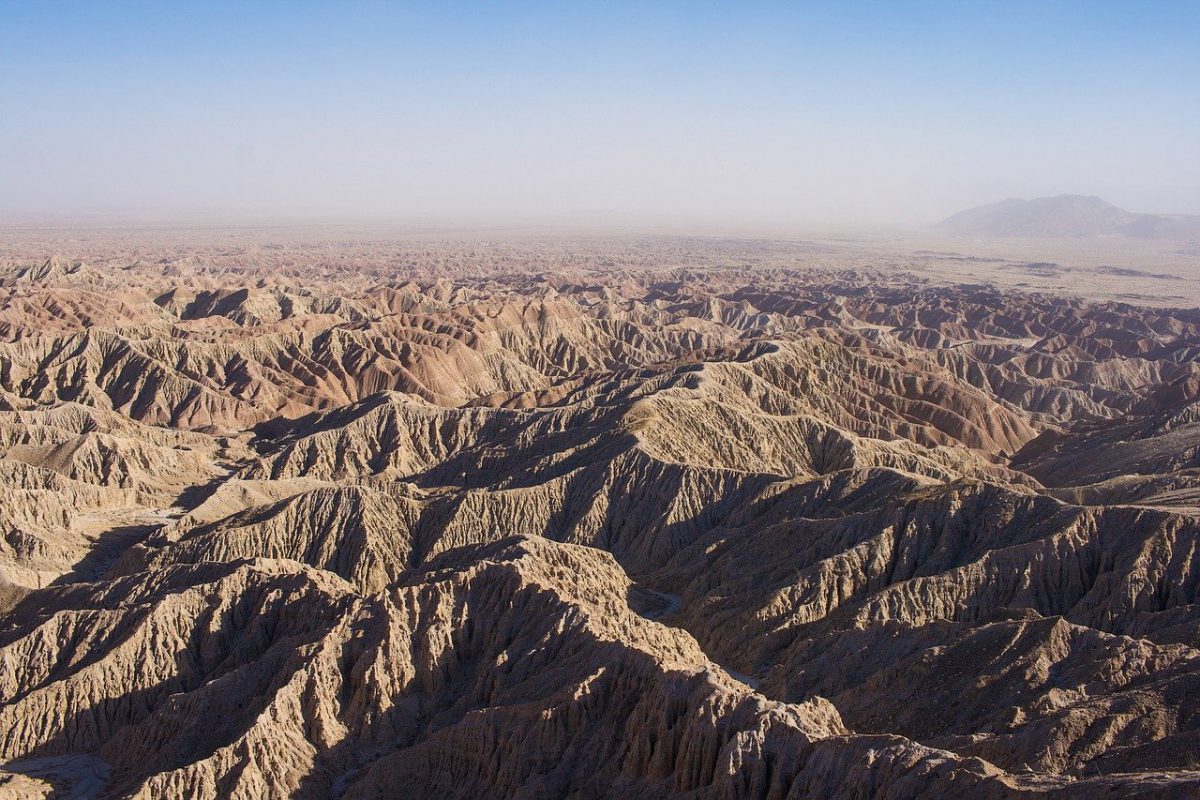 Monero saw some indecision in the markets around the $230-mark as the price dipped and bounced around this level. IOTA was in a phase of consolidation above the $1.3-level, while Zcash faced some resistance around $155. 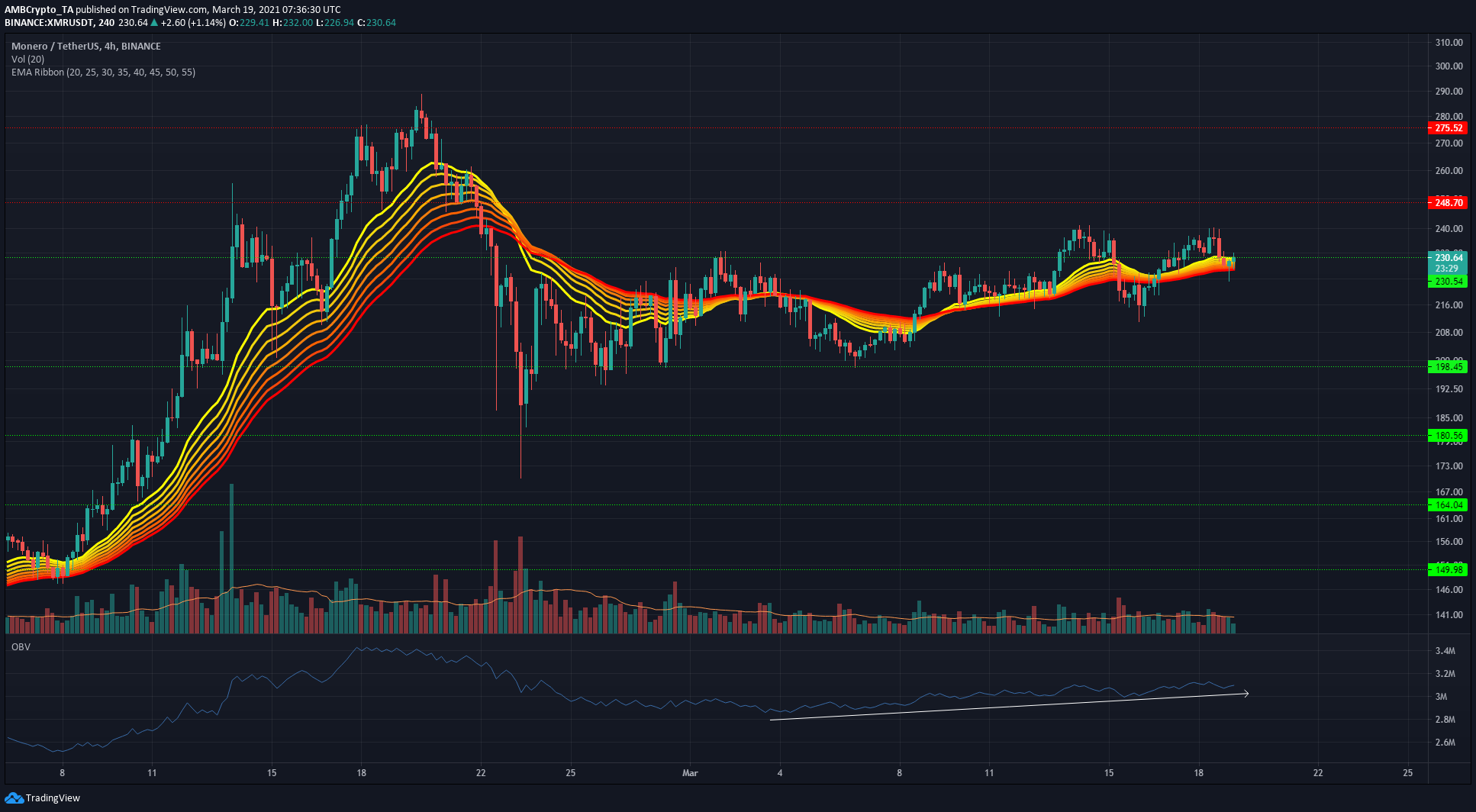 XMR oscillated around the $230-level as sellers and buyers were involved in a skirmish. The OBV was on a steady uptrend since XMR tested the $200-mark as support a second time. Such demand from buyers underlined possible gains for XMR to come, once the $230-level is firmly flipped to support.

The altcoin’s price was trading just above the EMA Ribbons. The ribbons themselves were somewhat compressed, showing a lack of strong momentum in recent days. Climbing above the ribbons would be a sign of bullish intent, with the next level of resistance at $248. 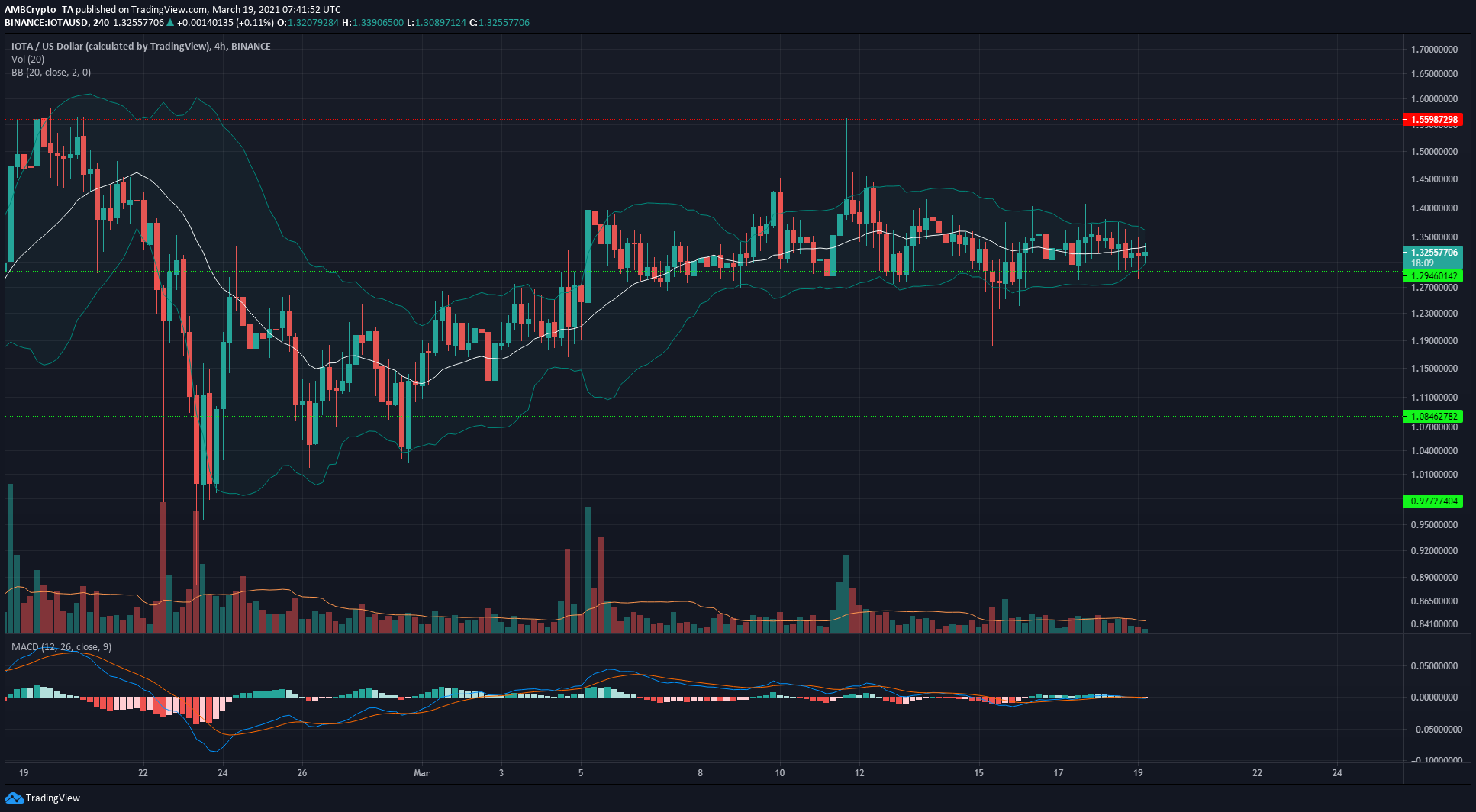 The Bollinger Bands tightened around the price as IOTA consolidated above the $1.29-level of support. Trading volume was low, while the MACD showed a lack of momentum in either direction as it hovered around zero.

Below $1.29 lay the $1.08-level of support, and above the same was the $1.55-level of resistance. Widening Bollinger Bands alongside heightened trading volume would give the next direction for IOTA’s movement. 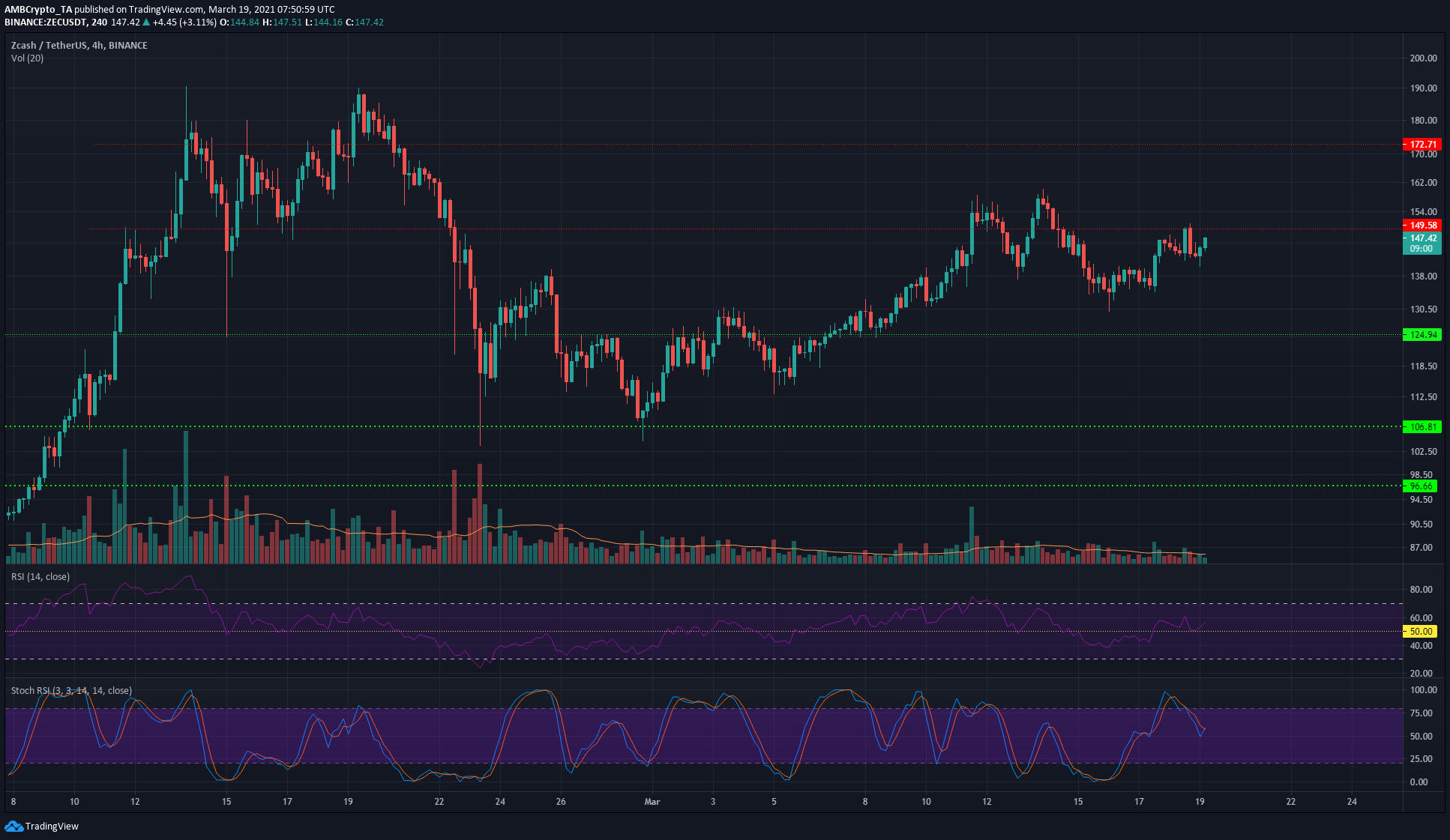 The $149-level was breached twice as resistance over the past week, but the $150-$155 region has seen sellers step in to force the price lower each time. ZEC was pushed down to $135 and consolidated in the $135-$140 area for a few days, before its move upwards in recent days.

The RSI climbed back above  50 to indicate a flip in momentum to the bullish side. At the time of writing, the RSI was at 54 and climbing – A sign of rising bullish momentum, although it wasn’t yet strong. The Stochastic RSI also corrected lower from overbought territory.

Breaching the $150-region and retesting it as support could be a sign to enter a long position with a target of $172 in the coming weeks.

Is now a good buy period for Cardano?