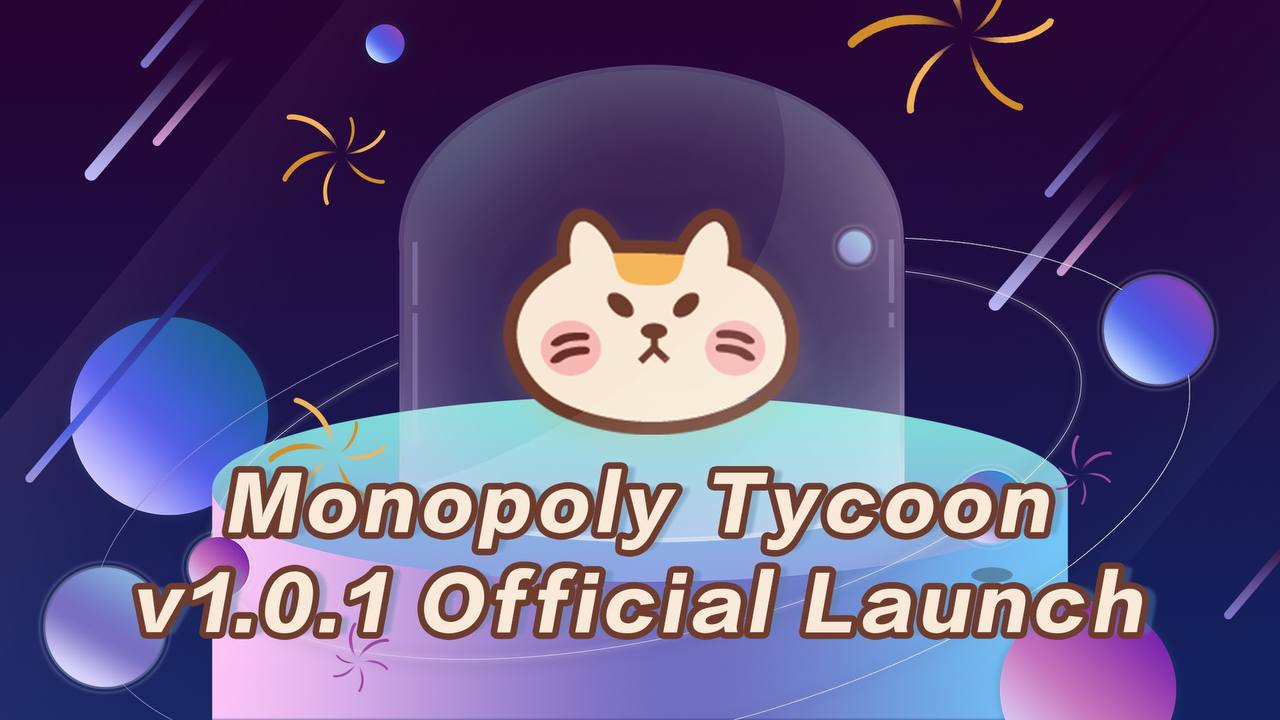 On September 9th, CryptoTycoon the light gaming platform based on Binance smart chain released its second self-developed chain light game “Monopoly Tycoon“. 24 hours after it went live, the game was registered by more than 7,000 players, and the scale of money involved reached 298,000 BUSD, behind the popularity cannot be separated from the designer’s experience and the player’s support.

According to the Doc, “Monopoly Tycoon” is a game where players can use BUSD to roll dice and build houses. Players can pay BUSD to buy dice to make the game character (Cat) move. When the game character stands on a certain grid, it can buy or build the building on the grid and upgrade the house during the next stopover.

In “Monopoly Tycoon”, different building types and levels have different scales of tokens produced. At the same time, the game also has a tax system. When the player builds a house for 72 hours, if the tax is not paid in advance, it will be forced to be removed.

Therefore, the game “Monopoly Tycoon” is considered by players as the gaming version of the Binance Futures. Because of its mechanism, it is easy for players to become addicted.

Currently, CryptoTycoon is using the income of “Monopoly Tycoon” to buy back token produced from the market and burn directly. The name of this token is $CTT, and the total amount is only 1 million. According to the current burning progress, The milestone of 50,000 burn will soon be reached, and $CTT will become increasingly scarce by then.

It seems that the game has gained market attention and was recommended by Binance Smart Chain’s official Twitter. According to the manual, several founding members of CryptoTycoon are all former frontline employees of Tencent, and they are mainly engaged in popular games. The operation of “Honor of Kings”, so these members know the needs of players well.

Traders who missed out on Tezos’ bull run can long here