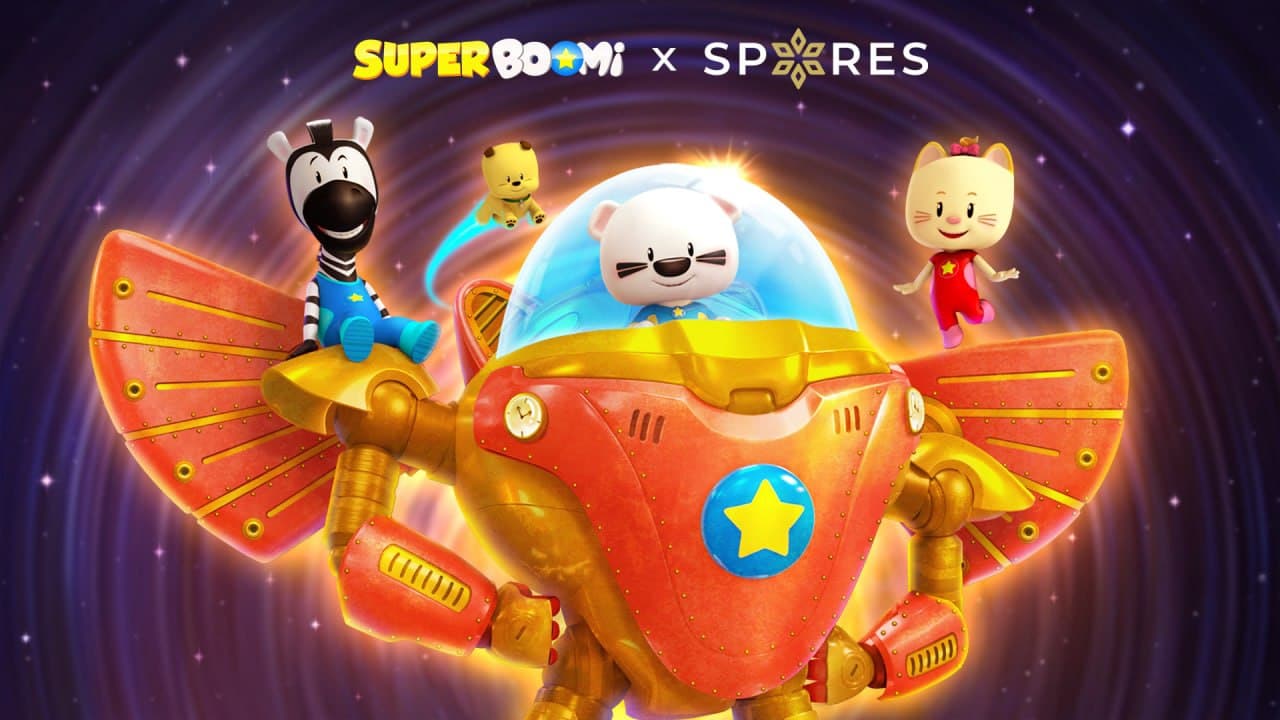 Spores Network is excited to announce the latest partnership with Super BOOMi. Produced by Up Studios and co-invested by Tencent, Super BOOMi is a CG-animated series that has amassed over 5 billion views and topped national TV ratings since its launch.

Created by acclaimed artist and entrepreneur Trevor Lai, Super BOOMi is the first cartoon in China to feature coding and virtual reality prominently. Since its debut on major TV broadcasters for kids such as CCTV and Hunan TV, the series has been ranked amongst the top-3 highest-rated cartoons in the country over 100 times, making Super BOOMi one of the biggest success stories in the industry in recent years.

With an aim to “inspire multiple generations of families in China and around the world,” Super BOOMi has continued to grow through the show’s journey to the West. The series debuted on the number one kids’ TV network in Canada and topped ratings on the network for its demographic.

Spores Network and Super BOOMi’s creator, Trevor Lai will work together to release an exclusive NFTs collection that is the first of its kind for the animated franchise. Trevor, a published author-illustrator of 30 books and the founder of Up Studios, is overseeing all creative development of the NFTs, ensuring that the NFTs will be collectible as well as tie into the actual episodes of the series.

“Our partnership with BOOMi represents our commitment to high-quality family animation entertainment from China. Trevor has cemented himself as the Disney of China so it is clear why we want to support him in his mission to inspire families in Asia and the world.” — Duc Luu, Spores Chairman & Co-Founder

“As a lover of art, comics, and collectibles since childhood, it’s always been a dream of mine to create works that fellow collectors will love and cherish. In the 10 years since founding Up Studios, I have watched BOOMi grow from a sketch on a napkin into an international franchise with millions of fans around the globe. The premiere collection of Super BOOMi NFTs for the Spores Network is just the first part of our plan to create digital collectibles, unlockable treasures and game experiences built on a rich story universe of over 156 episodes and counting!” — Trevor Lai, Up Studios CEO & Creative Director

Super BOOMi is an action-adventure series featuring a wondrous virtual reality game universe and has been a breakthrough success as the most popular award-winning animated show in Asia with coding, technology, and friendship as its core themes.

Spores Network founders believe that crypto will lead to decentralization of ownership and frictionless redistribution of capital. Their mission is to create an NFT ecosystem that is creator-centric, community-driven, frictionless, and borderless.