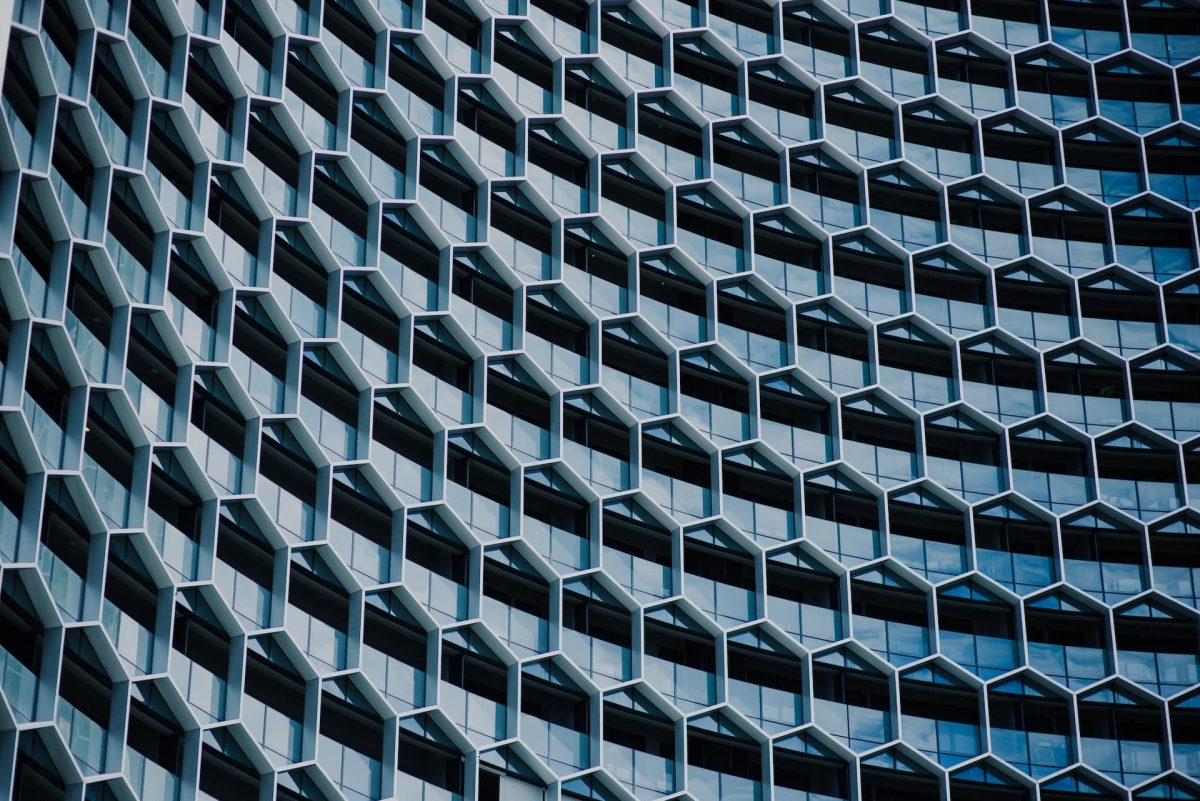 According to LunarCrush, Alt Rank on the NEAR token has dropped in the past three days. This was also reflected in the NEAR price which reacted positively.

At press time, the NEAR token was up by 3.5% in the past 24 hours after crypto markets saw some relief since 30 August.

Moreover. at the time of writing, the token was trading at $4.3 and was looking to build on short-term returns. 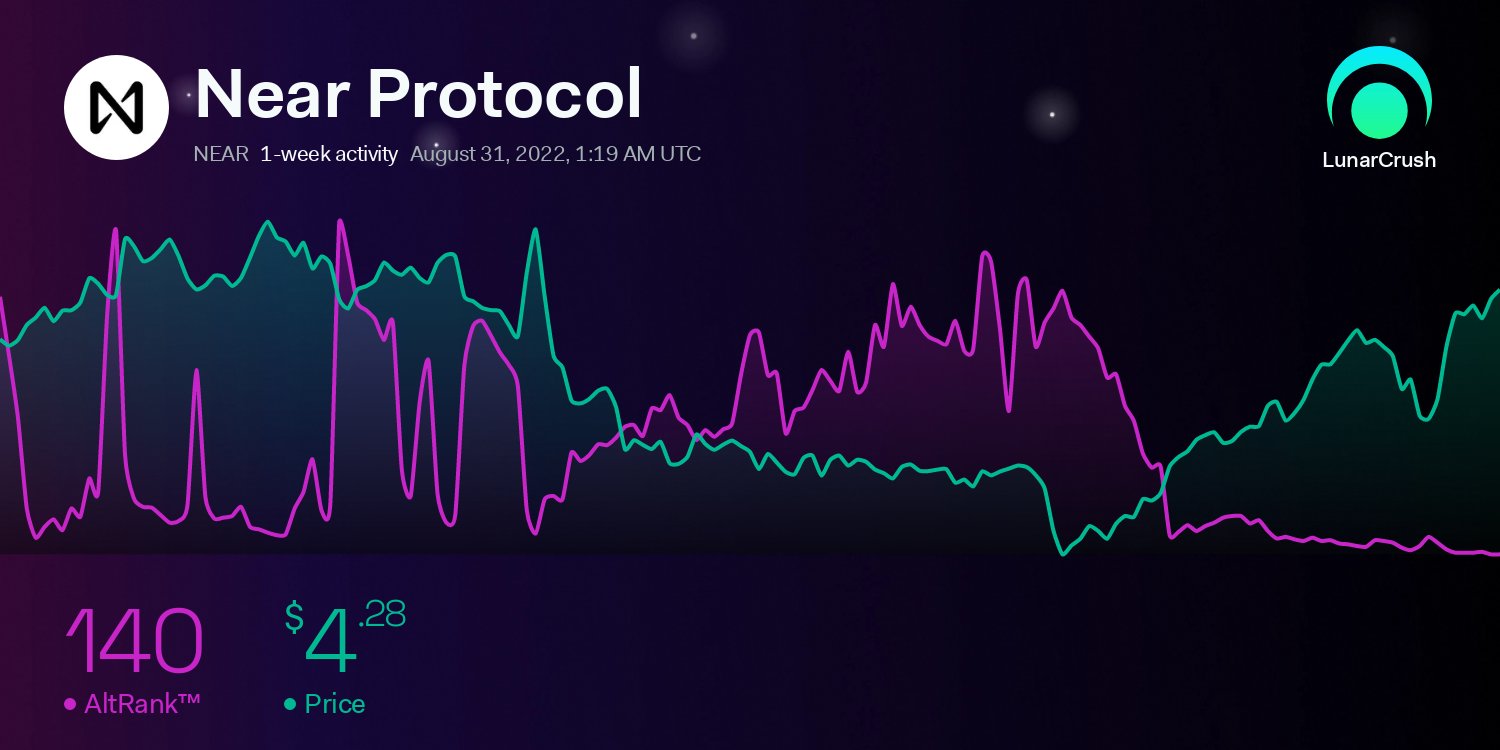 NEAR Protocol’s Twitter account, Near Daily also posted an update of NEAR’s social performance in the past week. The update claimed the protocol has seen a significant upturn in its social volume which was up by 25.5%.

Meanwhile, social engagements were also up by 13.7% during this period while social dominance took a hit by 20.1%.

NEAR Daily also compiled a list of top gainers in the NEAR ecosystem (in the past 24 hours). The data claimed that Ref Finance was the highest gainer since 30 August with a share of 12.4%.

Ref Finance was followed by Trisolaris, a leading DEX on NEAR’s Aurora EVM. It accumulated a share of 9.7% and was followed by NEAR which ended the day with 9.3% as per the update. 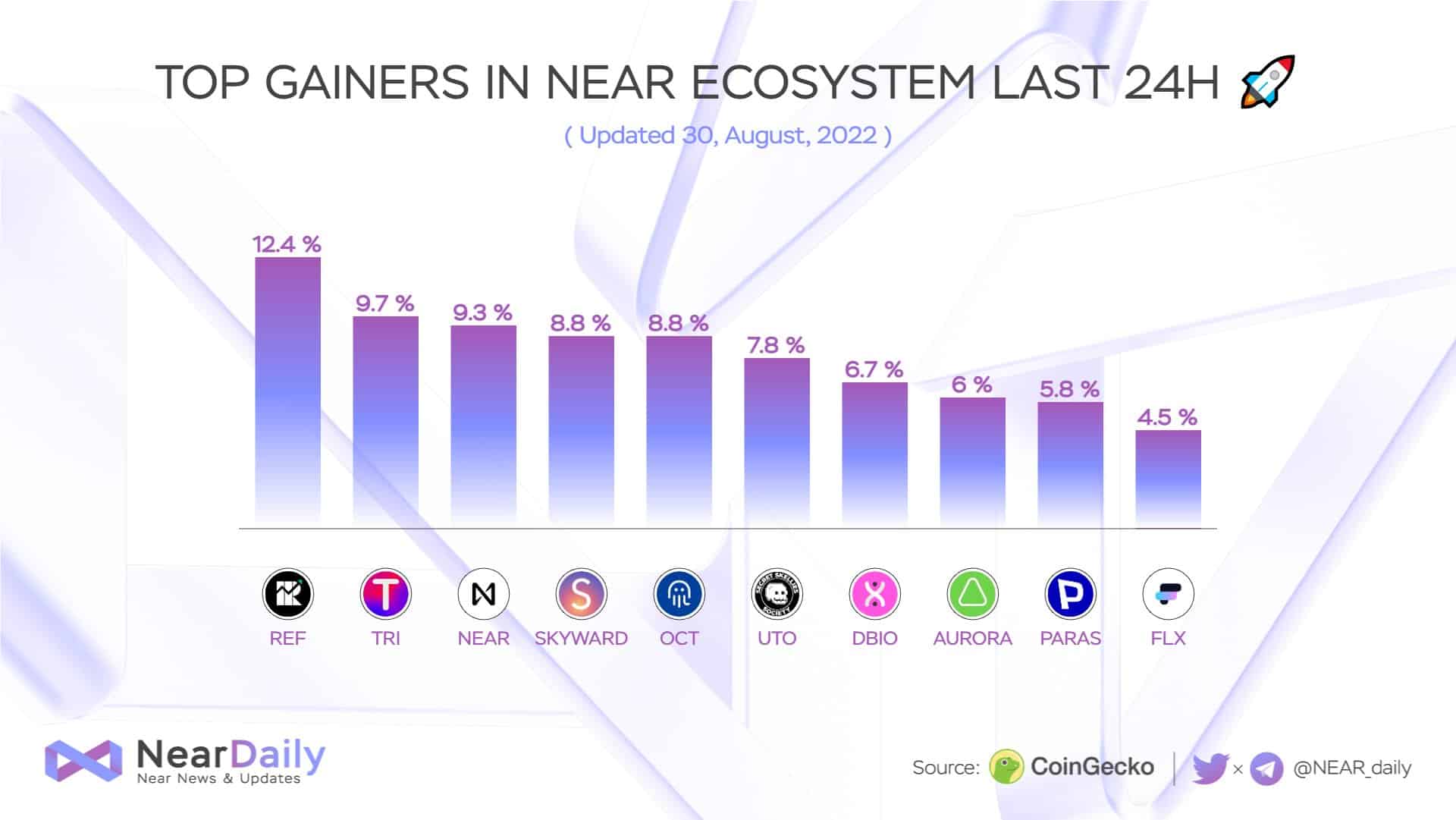 Furthermore, the TVL on NEAR and Aurora reached $435 million with the protocol beginning to show promise in DeFi.

Additionally, the top TVL dApp in the ecosystem as of 31 August was Ref Finance with a TVL of over $232 million. It was followed by the Bastion protocol, which contributes to over $91 million to the ecosystem.

The community was also delighted to learn that NEAR Protocol was now supported on Chainstack.

⚡️ Weekly Highlight on Near Ecosystem

The protocol has been also been able to deflect another possible cross-bridge hack. As of last week, NEAR’s Rainbow Bridge was able to resist its second attack in a matter of months.

What’s more interesting is that the Bridge managed to secure all funds and also cost the attacker five ETH in a matter of 31 seconds. These indicators continue to suggest that the NEAR Protocol has been ramping up development activity on the network.

Additionally, the strong anti-hack measures are contributing to a healthy foundation for NEAR to develop from here.

Solana: Why critics are opposed to Helium’s latest proposal

Slow and steady ENS, could it win the August-end race