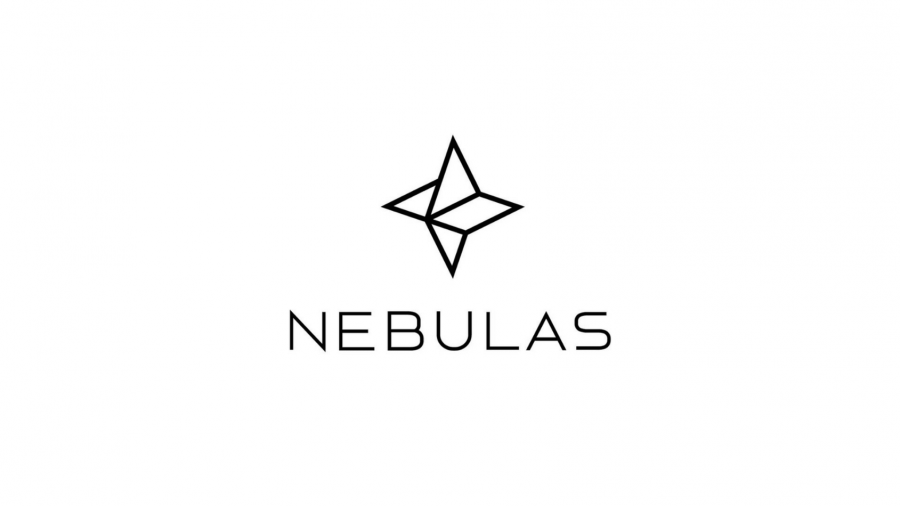 Nebulas, the self-evolving and future-proof blockchain, recently announced that they have released an update for their NAS wallet known as Nano. The wallet, which has been active for the past 2 months, has had improvements made to it depending on feedback from the community. This update marks the genesis of Nano Wallet 2.0, with versions for both Android and iOS operating systems.
The new and updated Nano Wallet app allows users to manage digital assets through their phones. Nebulas also offers training for new users, who can learn how to trade NAS tokens. Moreover, Nebulas’ wallet also boasts of added security features for users to protect their valuable cryptocurrencies. 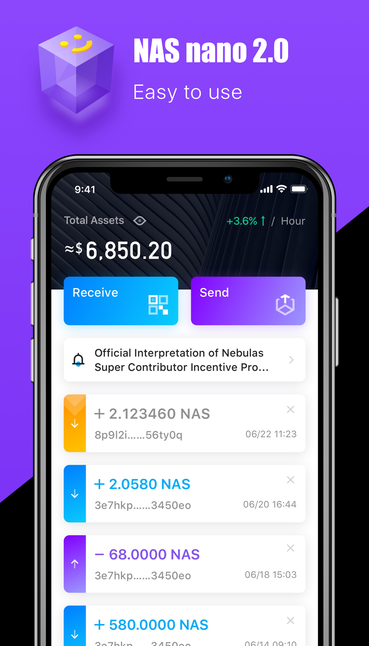 It also has multiple encryption features for safety in sending, receiving, or otherwise transferring their NAS tokens. Furthermore, users can check the progress of transactions on the Nano wallet app, with tracking on the Nebulas blockchain.
In order to help new users to easily start using the app, the simplistic user interface of the app allows for a clear experience. Those who download the app will be able to understand their digital assets in a well-presented manner.
For reaching the maximum number of audience for NAS tokens, the app supports 3 languages. The languages supported by the Nano Wallet are Chinese, English and Korean. 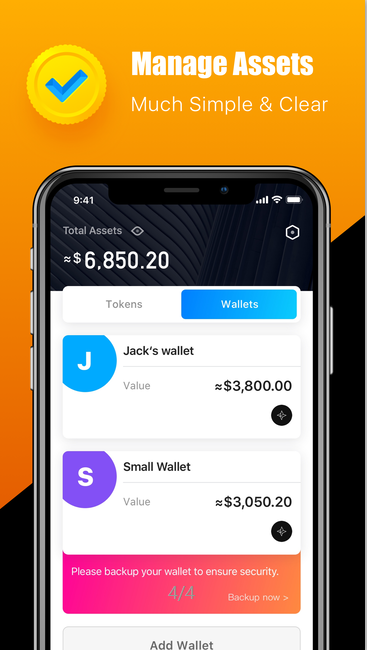 The main function of the wallet is to allow users to create, import, export and backup their wallets easily. This allows for maximum usability and a hassle-free process of setting up a new wallet or retrieving an old one.
NAS holders must note that they cannot import the NAS ERC20 tokens for use within the wallet. The Nano Wallet also does not offer support for token swap functionality, with only the mainnet tokens to be imported into the Nano Wallet. 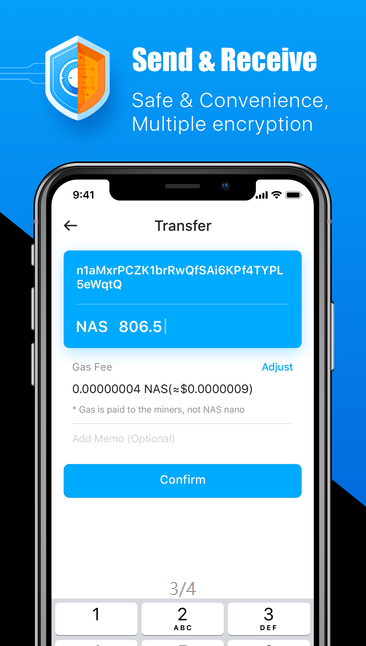 Mnemonic, keystore and private key backups are offered as features on the Nano Wallet. This is to keep in mind the large number of cryptocurrency thefts that occur today, to minimize loss and the theft of users’ assets.
Another notable feature of the Nano Wallet app is that it includes a store for decentralized applications on the Nebulas blockchains. Nebulas is one of the emerging blockchains for building dApps on, as it has one of the most lucrative incentive programs in the cryptocurrency world.
Nebulas’ Developer Incentive Program is targeted at making the Nebulas blockchain a hotspot for developers of dApps. The blockchain does not require learning a new programming language to write on, allowing developers to work with languages they already know such as JavaScript and others. It is apparent now that developers prefer the Nebulas ecosystem, with over 2100 functioning dApps running on it. It has now surpassed the total number of dApps on the Ethereum blockchain.
The inclusion of the dApps store in the Nano Wallet app is aimed at accelerating the adoption and popularity of blockchain applications among the general population.
Overall, Nebulas’ Nano Wallet aims to reach a larger audience with it’s update to v2.0, and also popularize blockchain based development to those involved in the space.
To know more, click here.