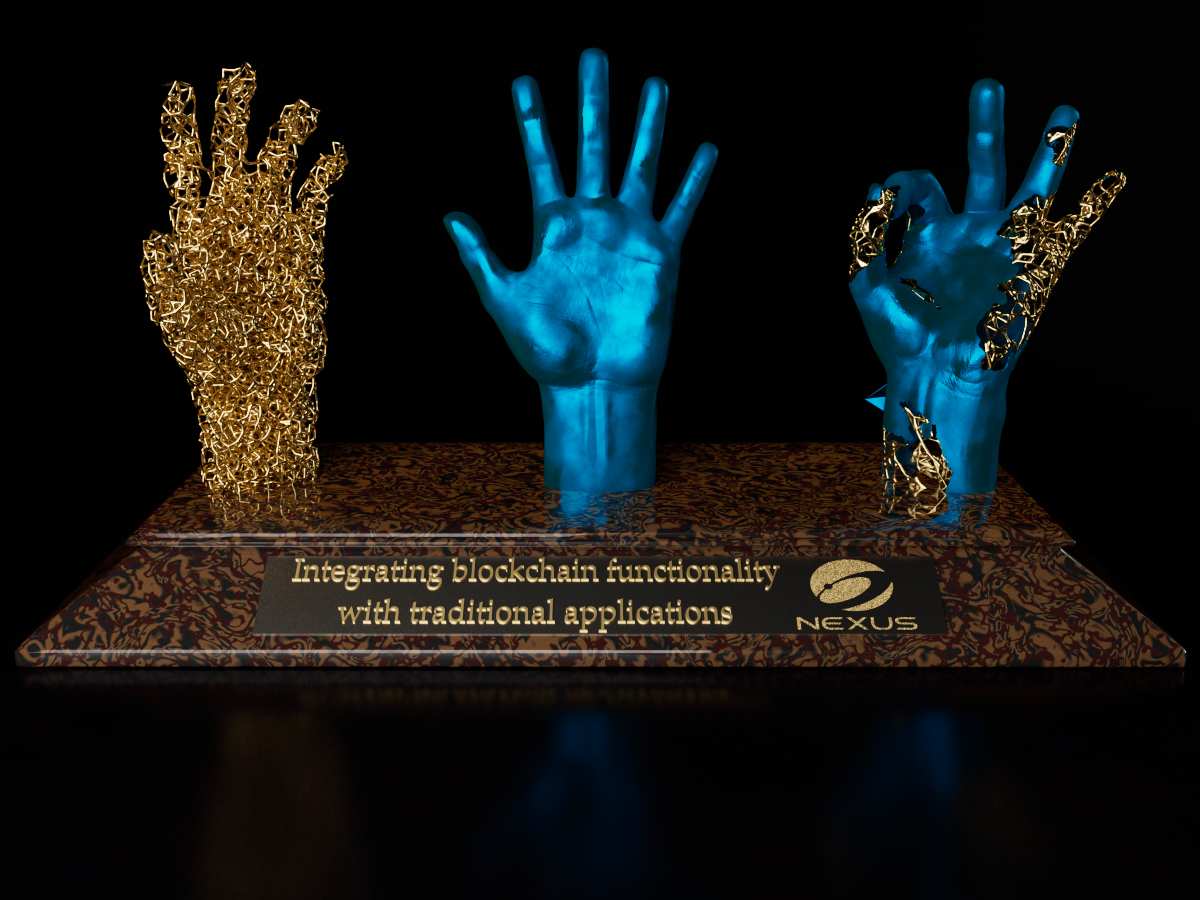 There is an increasing number of smart contract platforms rolling out in the crypto space, with many becoming household names. However, a dark horse in the race to be the most efficient and secure blockchain is ‘Nexus’. Given its low market cap, most people have never heard of this seven-year-old blockchain, yet it delivers far more than many of the leading smart contract platforms today.

The Nexus roadmap is extensive, with massive upgrades and new features still to come, many of which are just around the corner. However, let’s now focus on the top 10 reasons to build on Nexus based on its current capabilities. All these features can be used by developers on the public network or their own private chain.

Nexus was designed from its inception with composability in mind. The team and the community have been building a “connected world” that is achievable only with a trustless bridge between the mainstream Web2 infrastructure, such as marketplaces, development platforms, automation tools, game engines, and social networks, and the emerging Web3, powered by Nexus’ integrated API (Application Programming Interface) kit. Decentralized applications (DApps) built on Nexus interact with a JSON-API, allowing developers to integrate blockchain functionalities into their traditional applications while having web-development-based skills only. Nexus provides a wide range of well-tested commands that reduce the time, risk, and costs involved in Dapp development. Nexus’ unique architecture enables seamless interoperability between the data-rich Web2 and the tokenized Web3.

Bubble is a leader in the no-code movement, which offers a powerful point-and-click web editor and cloud hosting platform that allows users to build fully customizable web applications and workflows. Nexus’ bubble plugin contains several API calls that interact directly with the Nexus’ blockchain. It is a powerful tool for anyone eager to build tokenized peer-to-peer NFT (Nonfungible token) marketplaces, visual art galleries, music, and video streaming platforms, social networks, and many other services, creations, and ideas for the Web3 era.

Tokens and Assets (NFTs) can easily be created via the Nexus wallet or Nexus API. The fee for token creation depends on the total supply, whereas the fee for NFT creation costs 1 NXS. Unlike regular tokens, NFTs are unique assets on the blockchain and can be used to represent many different types of digital and physical assets such as Digital Art, Physical Collectibles, and Music. NFTs can also be tokenized, allowing for shared ownership and the automatic distribution of royalties or dividends. View our fee schedule here.

Nexus has a multi-tiered naming system that offers globally unique identification, personalization and branding opportunities. Three categories exist local names, namespaces, and global names, all of which can be created via the Nexus desktop wallet. A user only has to type in the username and account name to send funds to another user (eg. send to jules: default). Names can be created within a namespace for the purpose of naming accounts within an organization. A namespace owner can create and sell names just like domain registrars sell domains. Global names represent a unique, stand-alone name that can be used for token tickers and other uses. Global name ownership can be transferred just like namespaces, creating the opportunity for secondary markets.

Nexus has built a groundbreaking transactional architecture called ‘Signature Chains’ that replaces the legacy UTxO, and so-called account-based models, to simplify application development, wallet usability, and therefore boost user adoption. A Signature Chain is a personal vault containing the historical record of every single transaction and digital asset ownership of a single user on the blockchain and is accessed with user-generated credentials (username, password, and PIN) by a decentralized login system. Signature Chains make Nexus the perfect mobile-friendly Web3 development stack by eliminating the manual dependency on key management plugins such as MetaMask, enabling developers to build tokenized Dapps with simplified UI/UX that is as easy to use as Facebook, Snapchat, and TikTok.

Signature Chains also enhance the security of existing ECDSA (Elliptic Curve Digital Signature Algorithm). They generate one-time-use key-pairs derived from the Nexus wallet credentials, of which the public key’s hash is only published once the key-pair is used, while deterministically generating a new key-pair while signing the next transaction. This results in a higher level of security compared to other platforms as the attack window to brute force a private key is reduced to under 200 milliseconds. In addition, Signature Chains utilize the following cryptographic functions: FALCON (a second-round contender for the NIST Post-Quantum cryptography competition), Argon2 (winner of the password hashing competition, and a superior alternative to S-Crypt or B-Crypt), and Keccak (winner of the SHA3 competition) to improve its robustness.

Our latest test shows that the current release can achieve 655 transactions per second on a live application, with each transaction able to contain up to 100 contracts.

Nexus has developed its own database called the Lower Level Database (LLD). It is a fast and modular storage engine that is capable of outperforming most of the currently embedded database engines that exist. Tests have shown an average of 0.33 seconds per 100,000 writes and read to disk, making it faster than Google’s LevelDB. LLD multithreading demoing from May 2021 showed 1024 threads at 578M reads per second, and 3333 threads reaching 4.2B reads per second. It is anticipated that staying above 1M reads per second will be the standard during live application.

Nexus is not a business; we are an enthusiastic community of independent thinkers and creative problem-solvers focused on achieving decentralization through the application of innovative and original technology. We uphold the initial decentralized vision of cryptocurrency and a world where resources are applied more efficiently so that more people are able to unlock their authentic potential. We invite you to join us in building a decentralized future. Visit our Twitter or website to learn more, and if you have any questions, please join one of our Telegram support channels or use the chatbox on our website.

These 10 reasons to build on Nexus are only a taste of what this unique blockchain and smart contracts platform have to offer. Our P2P market API and Query DSL are currently in testing, and forthcoming upgrades will include Pooled staking, Conditional Contracts DSL (Domain Specific Language), Augmented (smart) contracts, Hybrid mode, Distributed Files System, and the beginning of the DAO architecture. So there is a lot more to look forward to!

We all see the harmful effects of centralized systems, especially when it comes to technology and finance. Join us and be part of the decentralized solution.

ENGN: Bridging the gap between Metaverse and gaming