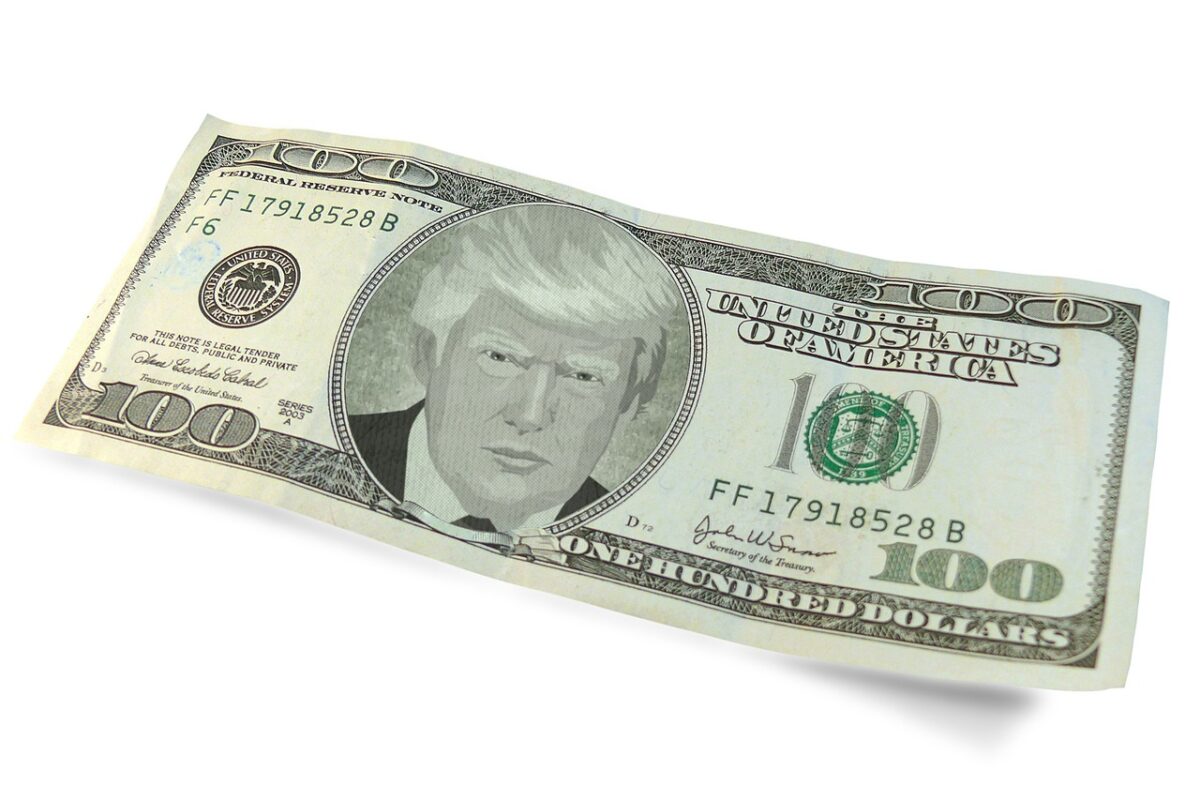 The slew of billionaire investors waiting to bash Bitcoin and cryptos has grown considerably over the past week. After legendary broker John Paulson called Bitcoin worthless, former U.S President Donald Trump is the latest to take a dig. “I’m not a big fan,” he claimed.

Reiterating his previous criticism of the industry while speaking to Fox Business recently, Trump said investing in crypto-assets is “potentially a disaster waiting to happen.” In fact, when asked about whether he would consider dabbling in any cryptocurrencies, he promptly expressed his fondness for the U.S. Dollar instead.

Trump further went on to state that cryptocurrencies “may be fake” since “who knows what they are.” It’s worth noting, however, that this isn’t the first time Trump has resorted to lashing out by using the word “fake.” Even so, these statements do echo the sentiment of the previous ones he made.

Back in June, Trump had called Bitcoin a “scam against the dollar.” At the time, Trump blamed it for watering down the greenback, post which Bitcoin’s price suffered significantly.

“The currency of this world should be the dollar. And I don’t think we should have all of the Bitcoins of the world out there. I think they should regulate them very, very high. It takes the edge off of the dollar and the importance of the dollar.”

Is President Trump correct for once?

However, how much weight does Trump’s favor for the dollar bill hold? Not much if the past performance of both currencies is looked at. According to Wall Street Journal, the USD has fared very poorly over the past year. The U.S. Dollar Index (DXY) shows that the currency is almost at the same place as it was this time last year, having grown by just 0.55%.

In comparison, the BTC/USD index has registered a 304% growth in valuation, far surpassing the greenback’s performance.

Moreover, while BTC is considered as the world’s reserve fiat currency, its own instability has been a cause for concern. With the American Fed incessantly pumping new dollars into the system, inflation rates are expected to keep soaring. This has also resulted in currency devaluation for the U.S Dollar itself.

It was recently reported that the Fed’s own balance sheet had reached $8 trillion dollars. Most of these liabilities stemmed from the trillions of new dollars that were printed over the past year to buy assets such as bonds and securities.

Additionally, many countries from the global south that relied on USD suffered greater inflation levels too. No wonder then that many of them, including El Salvador, are now turning to Bitcoin as a viable alternative to stabilize their economy.

Do AAVE, UNI, COMP, YFI’s long-term HODLers have something to worry about