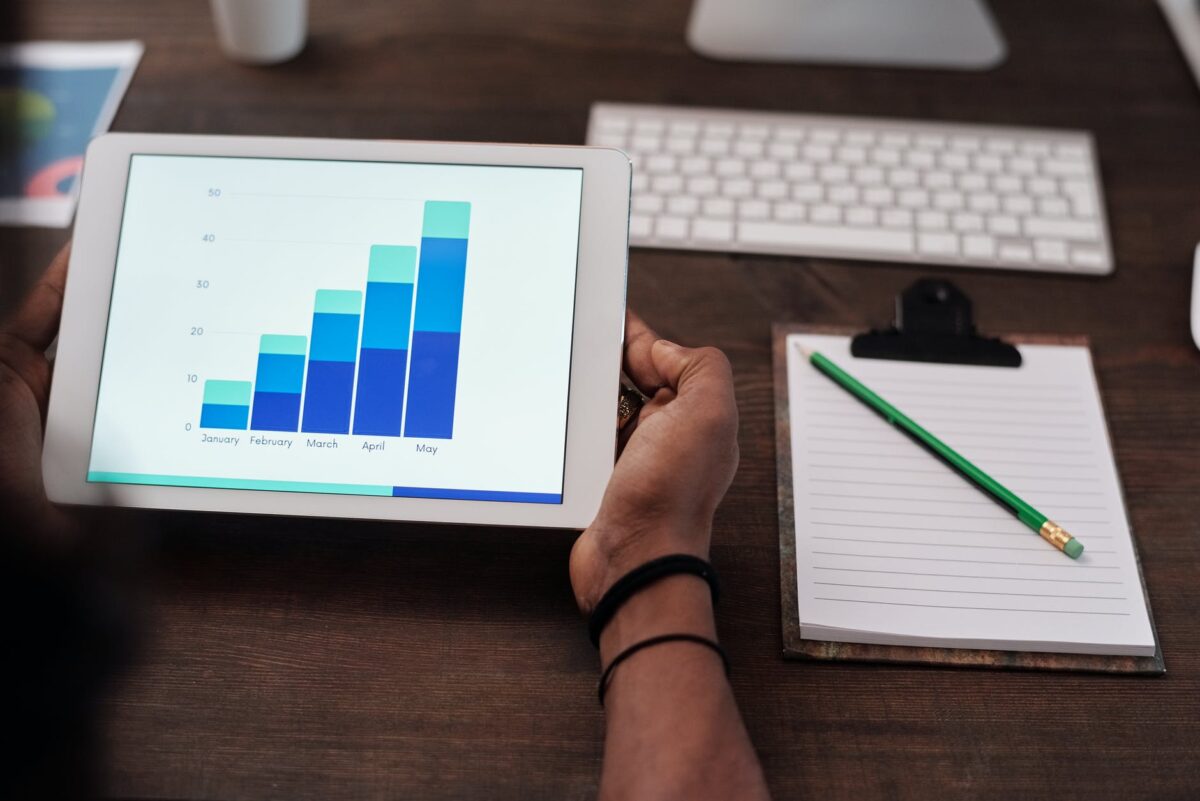 In the last three days while the entire market has been on the recovery path, Solana has barely kept up, and did not recover even by the slightest. Yet, so far, it has somehow managed not to disappoint its investors.

Beginning 3 December Solana has been marking red candles throughout the week, which has caused the altcoin to drop by 18.65% to trade at $190. At the time of writing, $183 is critical support since the altcoin has already lost the 50 SMA (Simple Moving Average) as support.

And, the 100 SMA is actually coinciding with $183. Thus, both these levels are crucial in determining SOL’s movement. 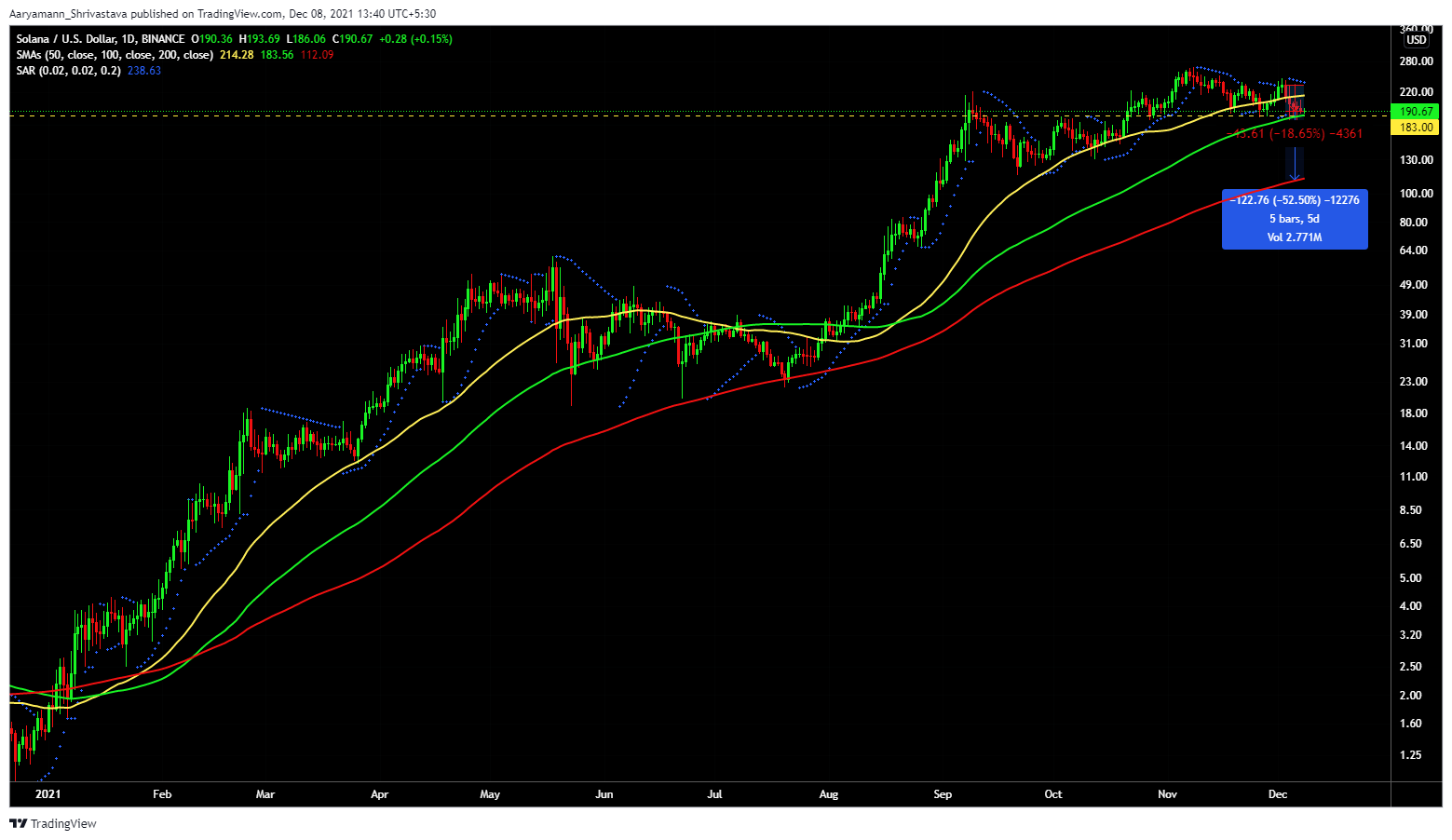 Besides a fall, this steep is unlikely since it’s untrue SOL isn’t witnessing any support from investors. Just this week Solana became the only altcoin after Bitcoin and Ethereum to register decent inflows of $4.6 million despite the 4 December. 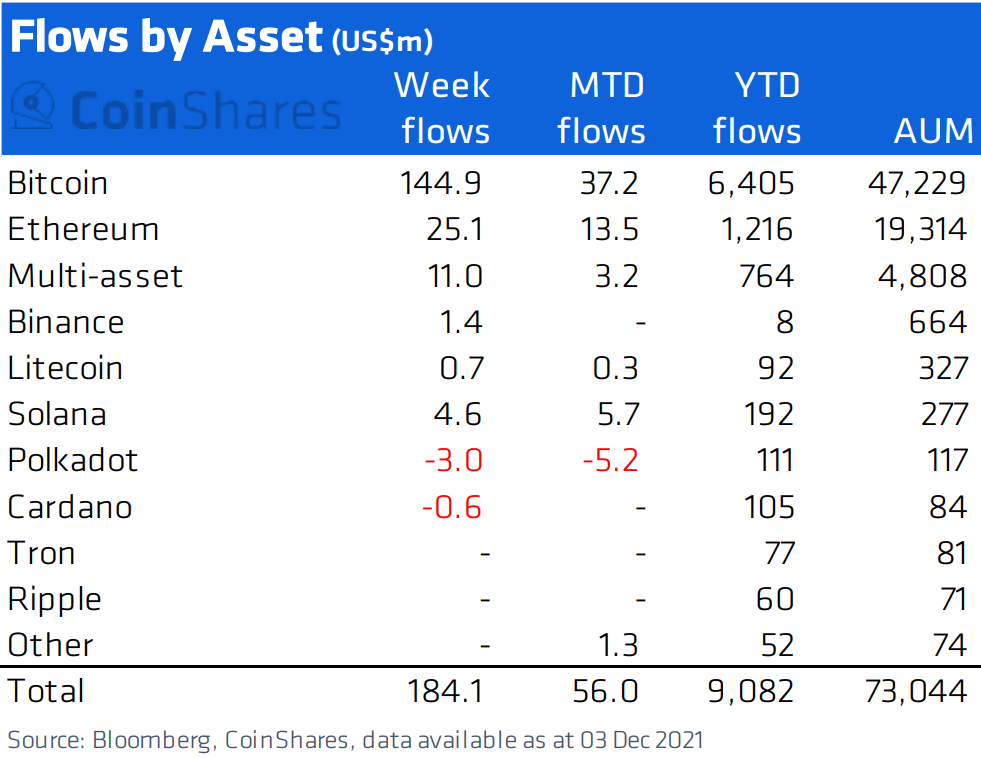 The one significant advantage SOL has had and always will have over other altcoins is its consistent network development. The same has been at its all-time highest this month.

This is why the alt sees continuous support from the investors, keeping the coin socially active at all times.

In fact, the ever-growing adoption of Solana on various dapps and chains such as SOL $USDC, also Solana being live on Liquid, Drift going live on the Solana chain are some of the factors that are keeping the coin from seeing severe losses.

Even so, new investors might want to watch the market for a while since the funding rate on FTX is recovering from its fall to the six months lowest.

Furthermore, the coin’s risk-adjusted return is at negative 2.81 which makes investments all the more concerning right now.

Related Topics:SolanaSolana price fall
Up Next