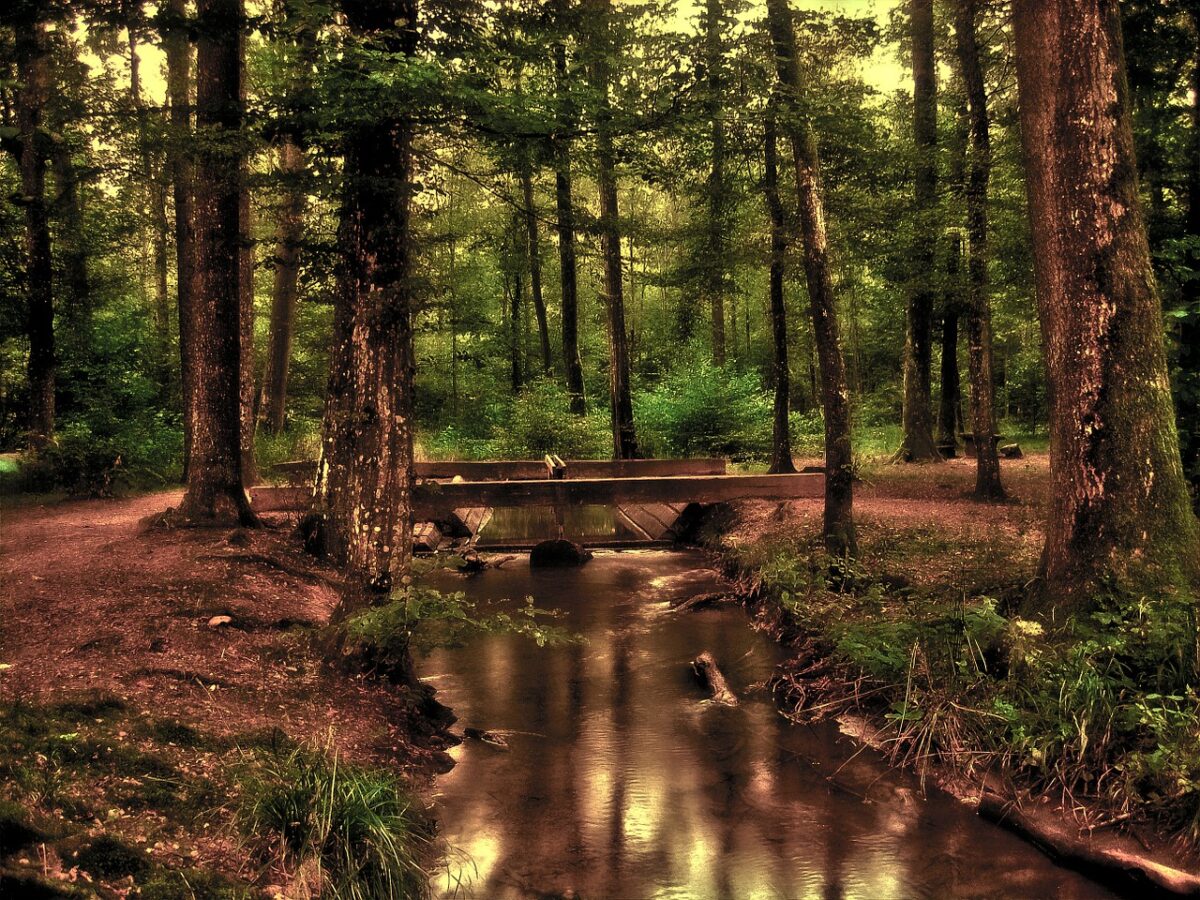 Why has LUNA rallied so hard?

One probable reason is the increased demand behind UST as market participants attempt to sell cryptocurrencies and hold on to stablecoins in a fearful market. 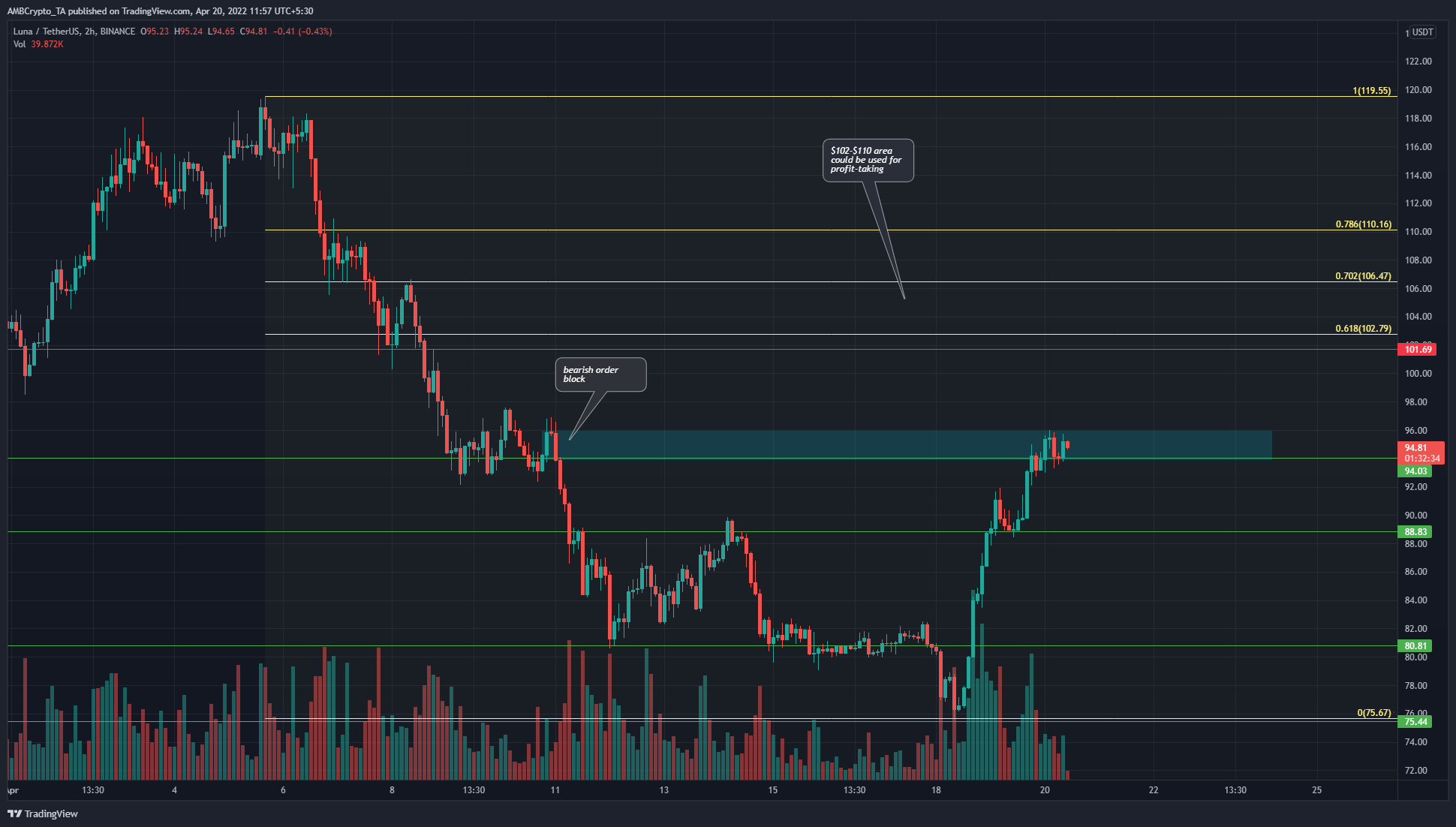 For LUNA, there are two areas of immediate interest that market participants will have their eyes on in the next few days. The first is the $94-$96 area (cyan box) which has been a bearish order block from earlier this month.

At press time, the price attempted to breach this area of supply, and it is likely that LUNA would rise above $96 in the next few hours. A retest from above to confirm the $95 zone as demand could be a buying opportunity on lower timeframes. 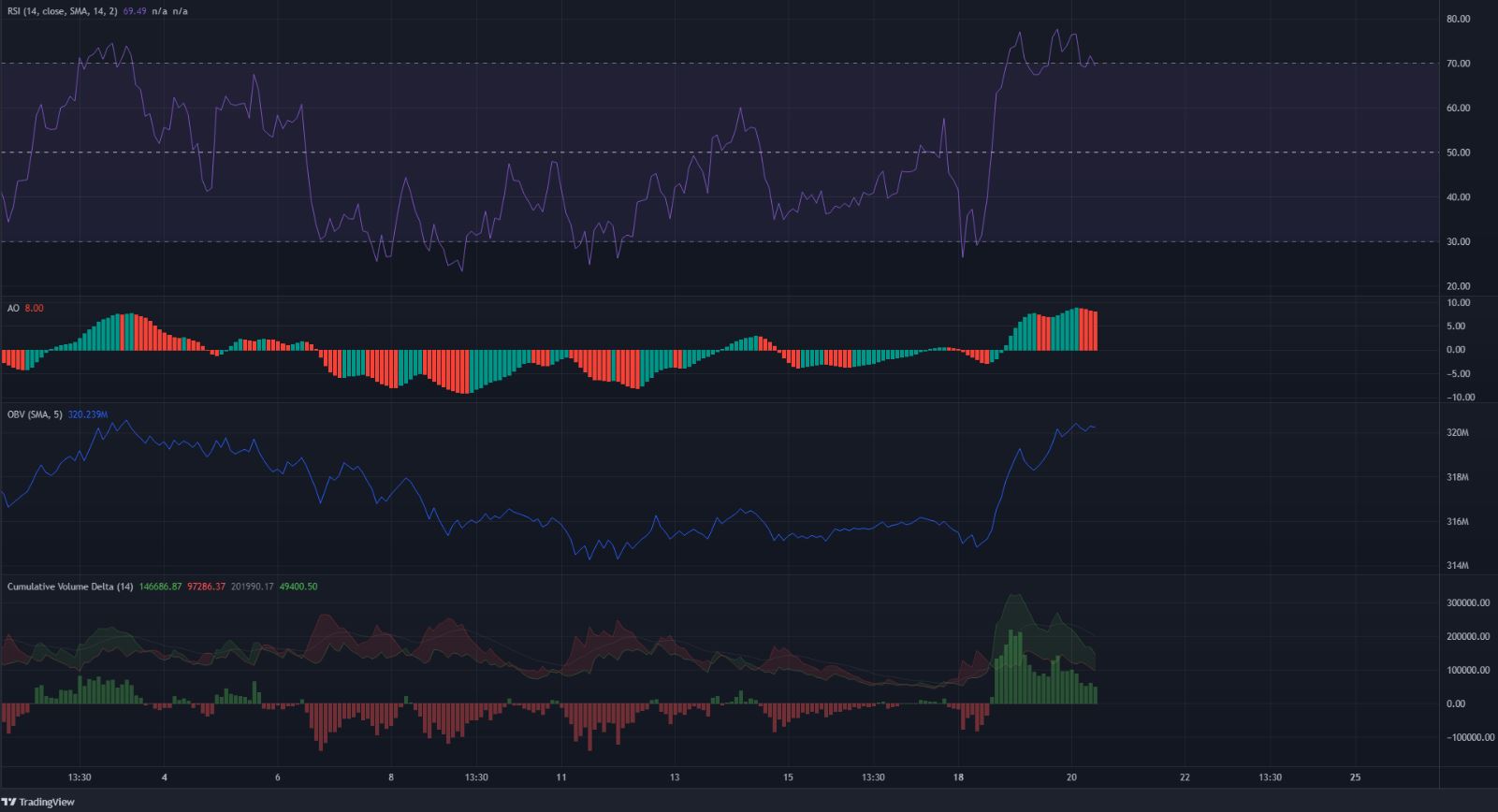 The momentum indicators, RSI and AO, flashed strong bullish momentum. The RSI was in the overbought territory, but did not yet show a bearish divergence on the chosen timeframe. It was a similar tale with the Awesome Oscillator as well.

The OBV also broke the downtrend of the past two weeks and shot upwards to picture strong demand. The CVD displayed strong green bars to denote heavy buying pressure.

In the short-term, the market structure remains bullish for LUNA and further upside seems to be likely.