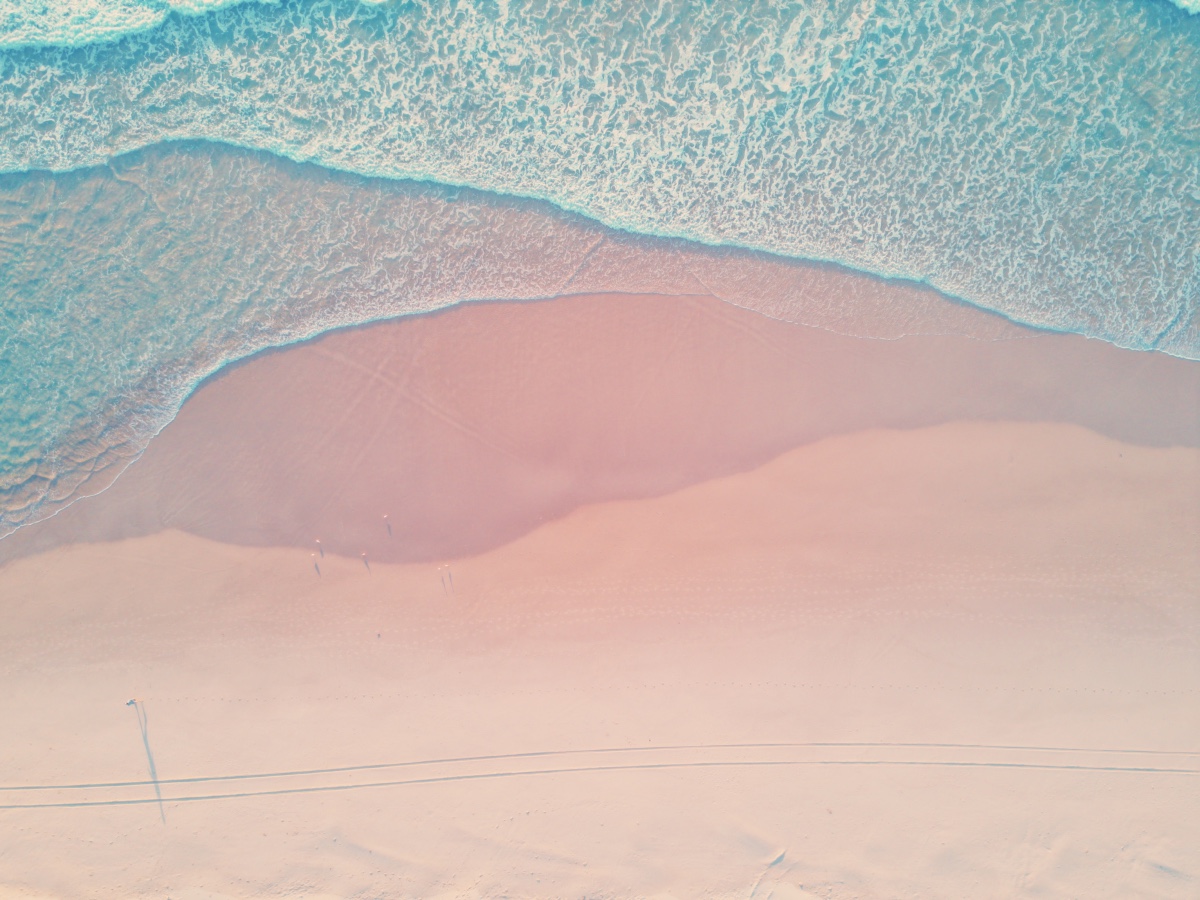 December ended on a high note for OpenSea as both Ethereum and Polygon users recorded some impressive stats on the NFT marketplace. But now, as 2022 dawns, the crypto-market is in a state of bloodshed. NFT creators and traders both need to take a closer look at the data from Dune Analytics to see what the month might hold.

The market is barely 10 days into January, and most top cryptos are in the red. However, OpenSea has seen impressive momentum. If this goes on, there’s a good chance of January also setting some new records.

“Another encouraging stat is monthly active traders on Ethereum – which hit an all time high in December at 362,679. Even more bullish, active traders for January have almost hit half of that already (176,973), and we’re only one week in!”

As far as Polygon is concerned, Dune Digest noted that while there were December highs in terms of sold NFTs and volume, these did not necessarily translate to active users on Polygon.

Time for a pit stop

On 8 January, the average gas price on Ethereum was 121.24 Gwei. So far, the first few days of January have seen gas fees shooting back up into the three-digit range while December saw gas rates below 100 gwei for a number of days.

There is a high chance this rise in fees could affect OpenSea stats for Ethereum in January. 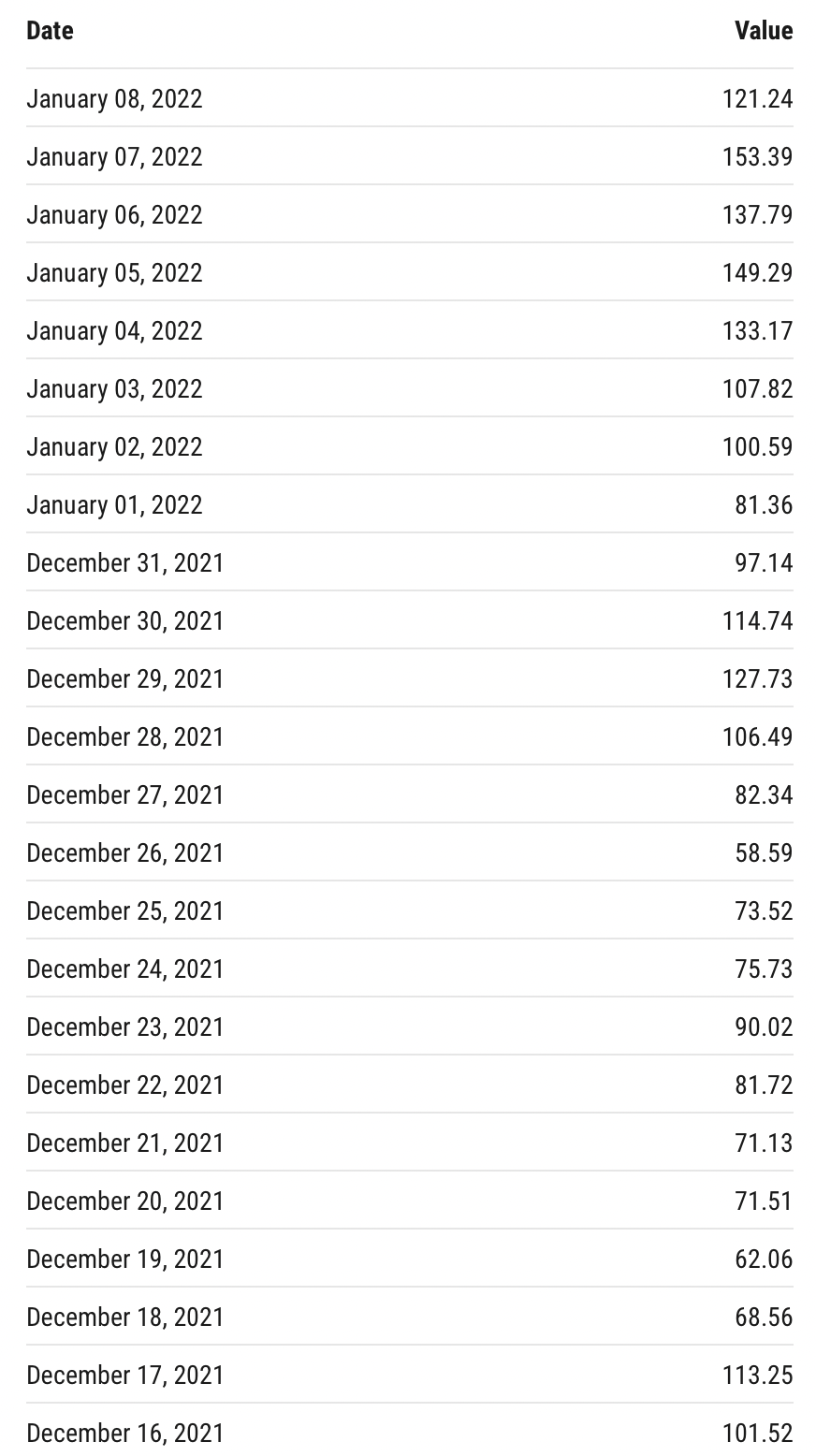 A similar trend can be noted with Polygon. Average gas fees, which were largely below 200 gwei in December, have shot up above 400 gwei recently. If these rates continue in January, it seems unlikely for Polygon’s stats on OpenSea to match the sky-high milestones of December. 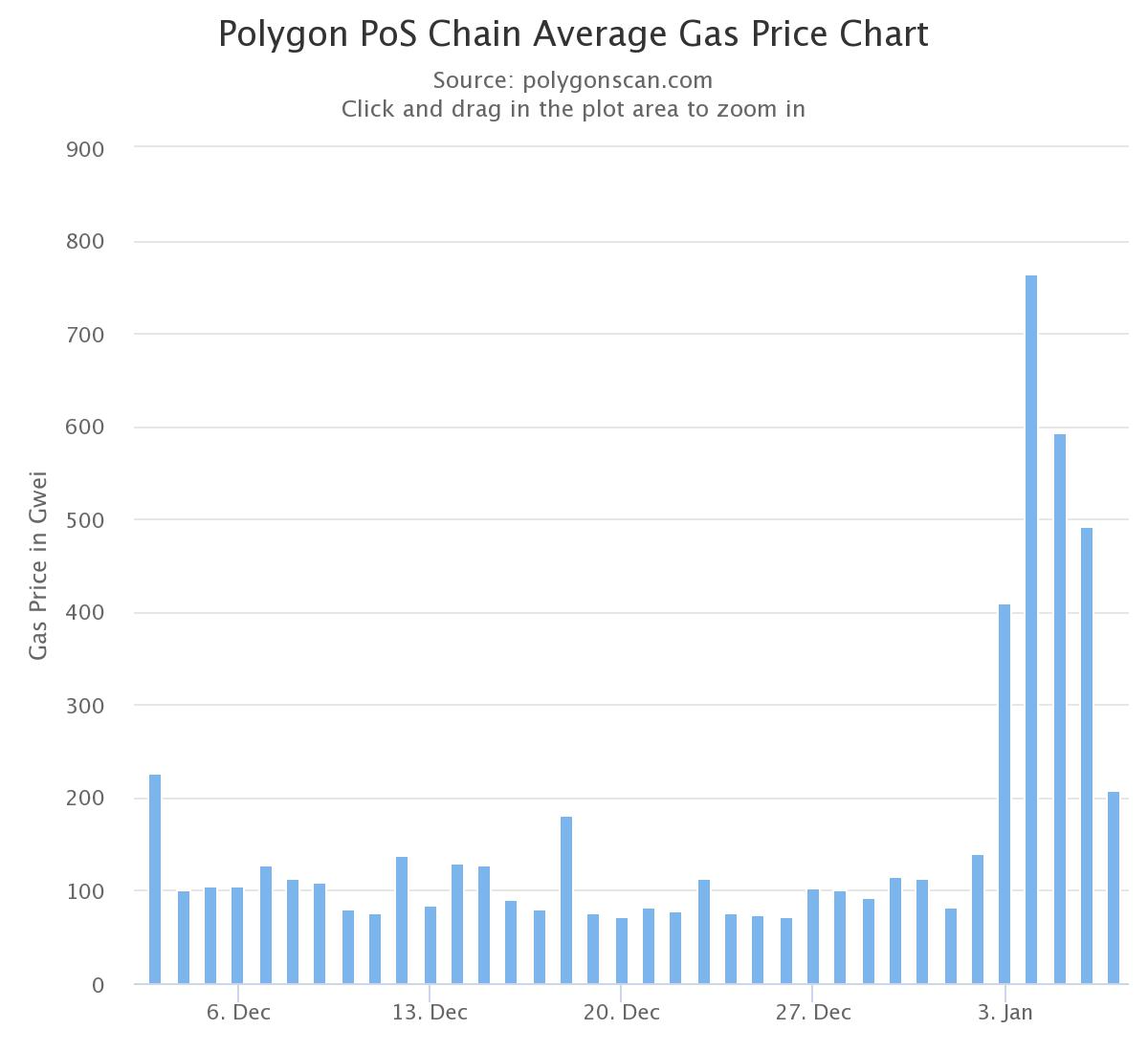 Save the date for SOS

Those who love shopping on OpenSea received a pleasant surprise when they heard that OpenDAO would be airdropping 50% of its 100 trillion SOS tokens to those who had bought on OpenSea.

However, OpenDAO announced that the time limit to claim the tokens had been reduced – and would end on 12 January.

🆘The community has voted to reduce the window to claim #$SOS with 1 week notice!

THE CLAIM WILL END ON THE 12th OF JANUARY AT 3PM UTC.

Those holding the mysterious SOS token or planning to claim it are well advised to mark the deadline and stay alert for updates after the red letter day.