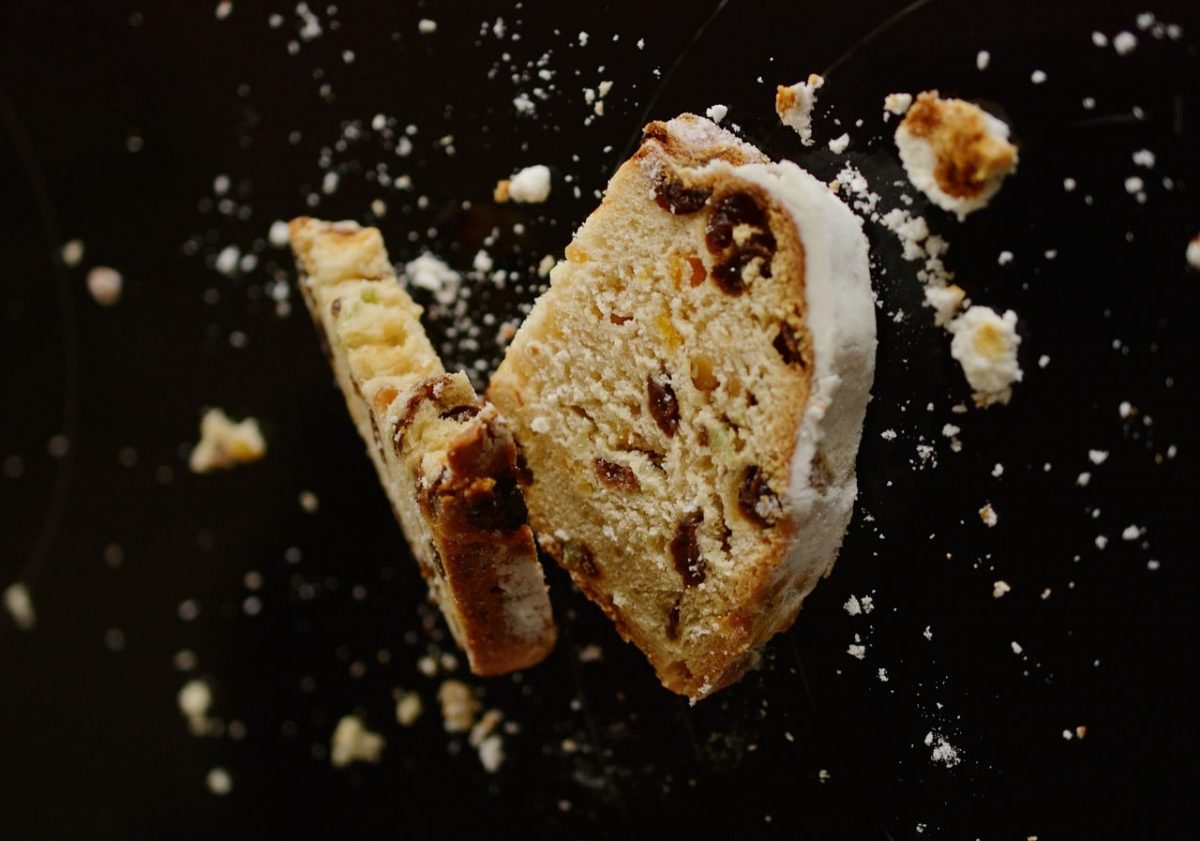 Bitcoin regained the $17k mark over the previous day’s trading, and at press time traded at $17.1k. With the FOMC meeting around the corner, volatility was very likely for the king of crypto and every other altcoin. Therefore risk-averse traders can wait for PancakeSwap to decide the direction of its next move before entering any trades.

In a recent article, the importance of the lower timeframe CAKE range was highlighted. The $3.74-$4.12 area was an important resistance zone. In the past couple of days, this region was retested and the price fell by 8% since then.

CAKE reaches a bullish order block, a bounce in prices can occur 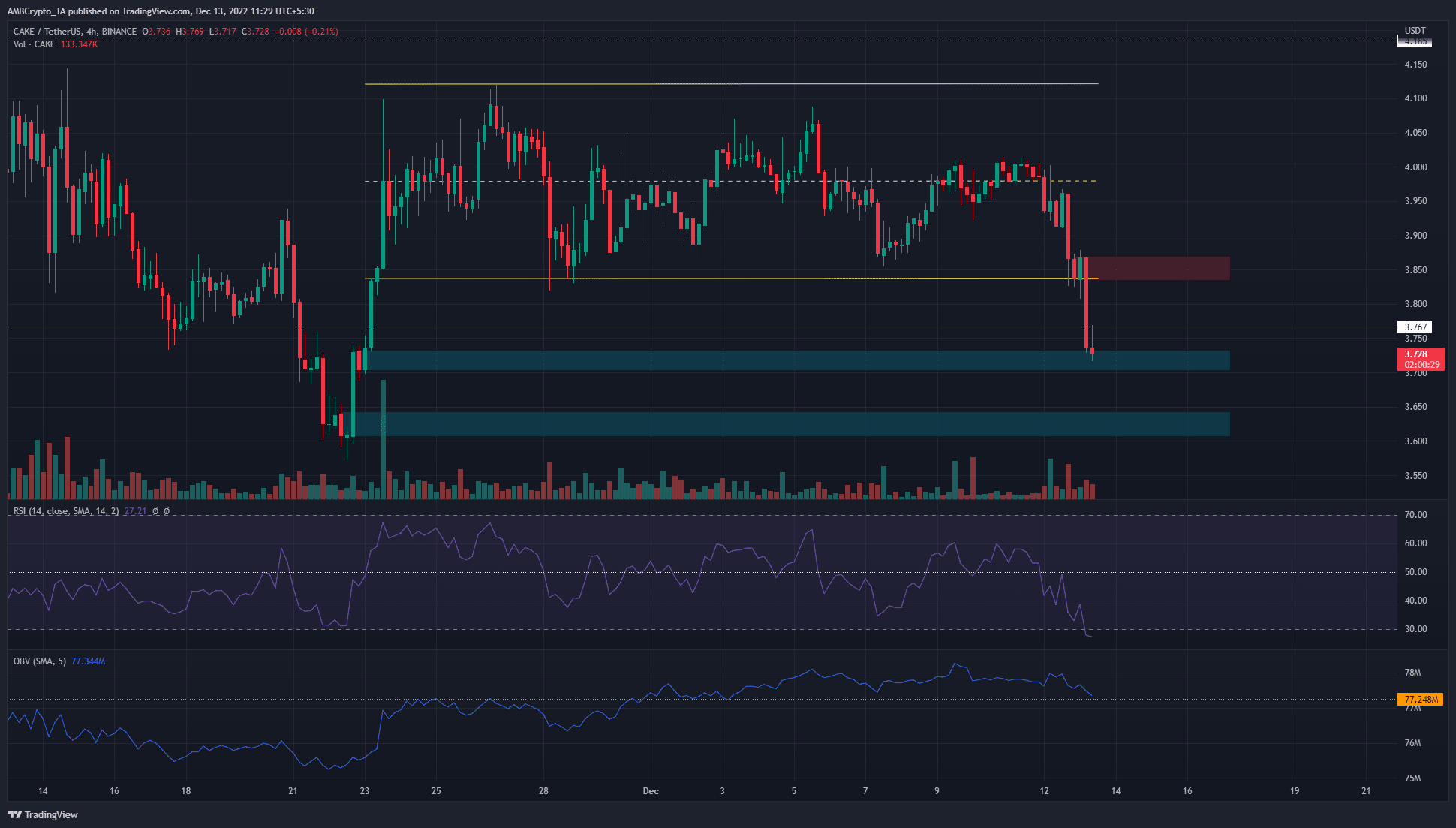 CAKE lost the lows of the range, and at the time of writing traded at $3.72. Highlighted in cyan, a bullish order block was seen on the 4-hour chart. However, the $3.76 horizontal level has already been confirmed as resistance.

To the south, $3.7 and $3.61 are levels of significance. Therefore, these are levels where short sellers from the past couple of days can look to take profits. Since the lower-term timeframe market structure was strongly bearish, it was a risky idea to look for buying opportunities at $3.7 and $3.6.

The RSI slid swiftly beneath neutral 50 to outline the strength of the sellers recently. Meanwhile, the OBV also noted a move southward. However, it treaded atop a level of support from November. A move beneath this line on the OBV would reinforce the idea that sellers were dominant.

The $3.48-$3.6 area, was a pocket of liquidity. In June, July, and August, CAKE bulls wrestled with this area and finally flipped it to support. Its retest in August was followed by a rally to $4.9 by late September. Therefore, another drop into this pocket could see the downtrend reverse. A swing failure pattern near $3.6 could embolden bulls to buy CAKE.

The 30-day MVRV managed to get a glimpse o the profitable territory a few days ago but was beaten back down by the sellers. Meanwhile, social dominance has repeatedly risen to the 2.3% mark but not much further, which suggested there wasn’t much excitement behind the token in recent months. The weighted sentiment was also negative, which underlined the idea of a lack of hype and enthusiasm.

Given the market conditions, a lack of positive social engagement behind PancakeSwap was understandable. The price charts showed that the downtrend remained strong.