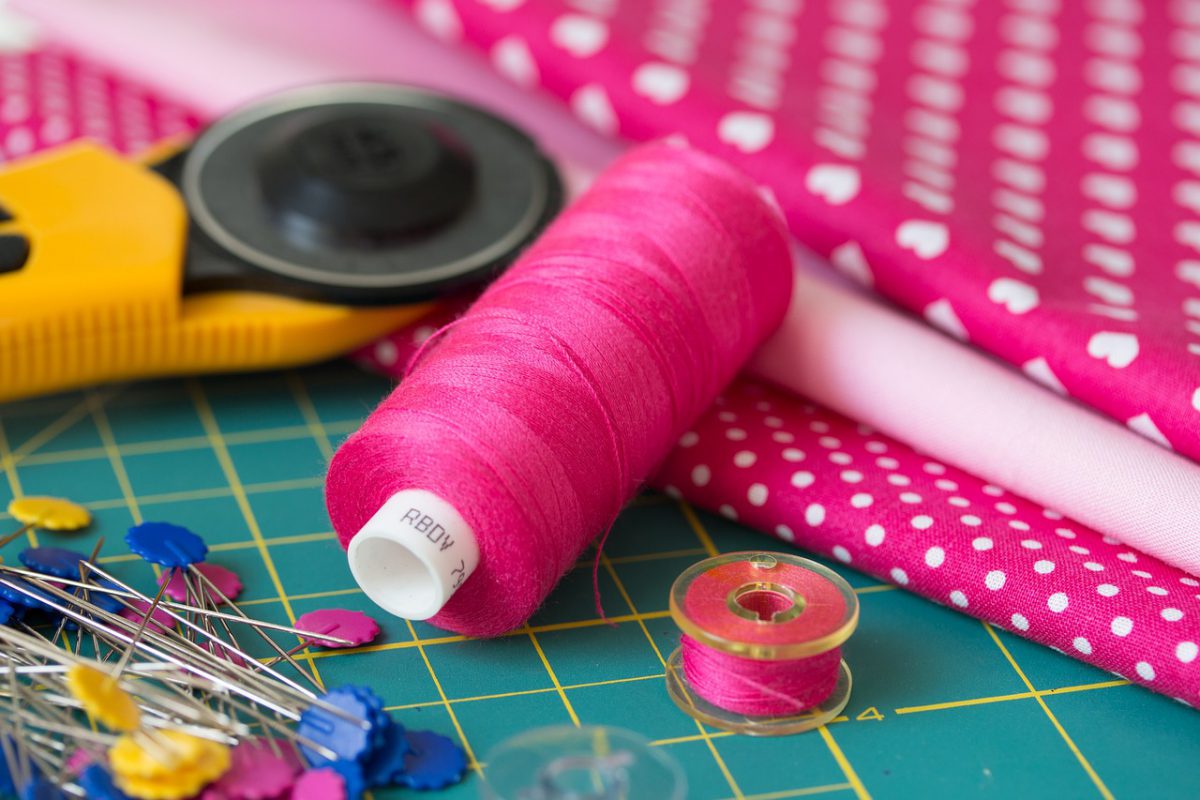 Polkadot broke out of a range and moved lower to retest the range highs, projecting an upside target of $21 should the $18.2 region hold steady. IOTA was in a period of consolidation, and Aave showed strong bullish momentum as it surged to a high of $280 before facing some selling pressure. 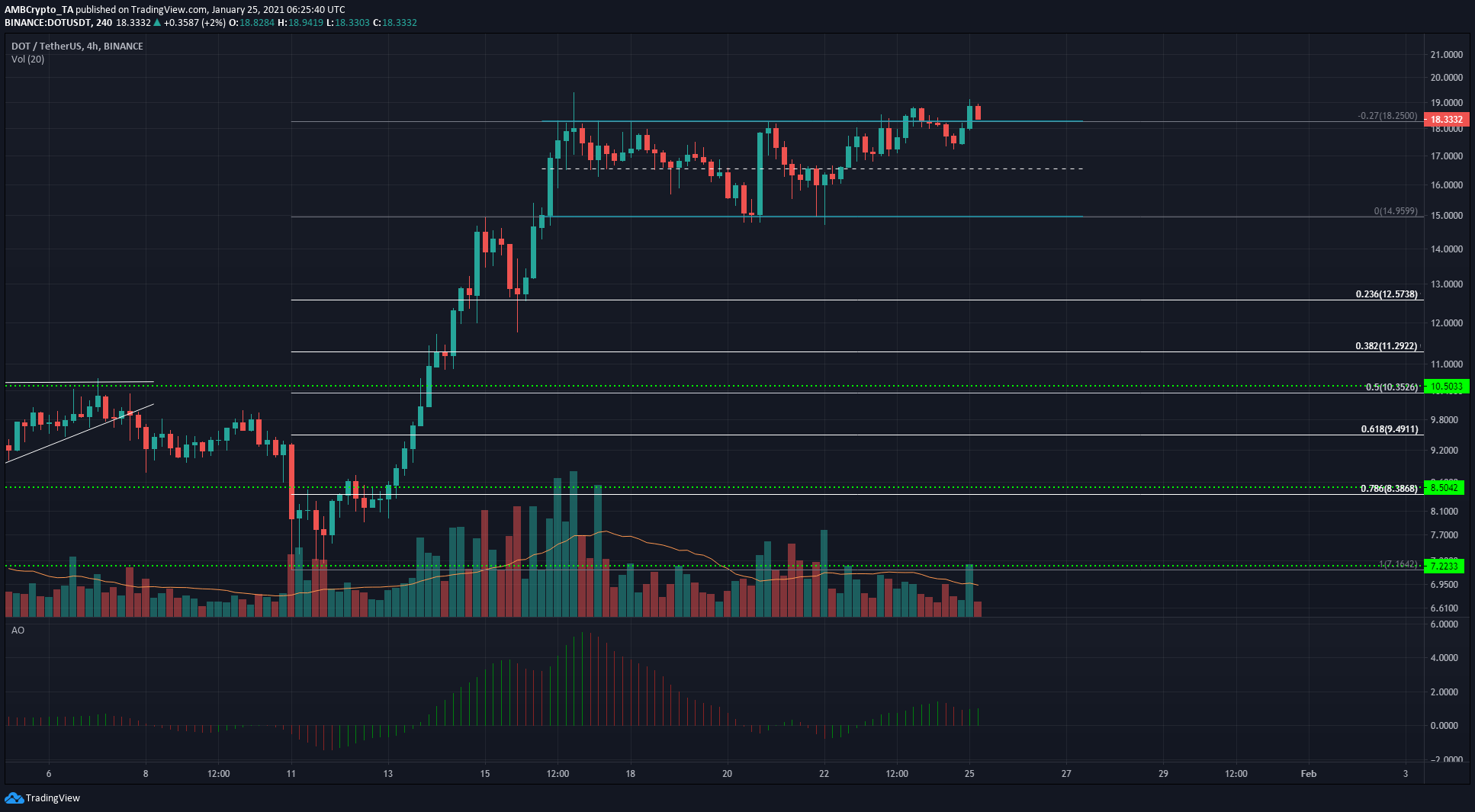 DOT appeared to break out of the range it established between $14.95 and $18.25. A retest of the upper boundary and a move upwards will project a target of $21 for DOT, while a rejection back into the range will see DOT retest the $16.5 level of support.

The Awesome Oscillator showed weak bullish momentum. It should be watched closely as the formation of a lower second peak above the zero line would give a sell signal, due to the formation of bearish twin peaks.

The breakout had high trading volume but the reaction of DOT in the $18.2 region remains to be seen and will clarify market sentiment based on a rejection or flip to support. 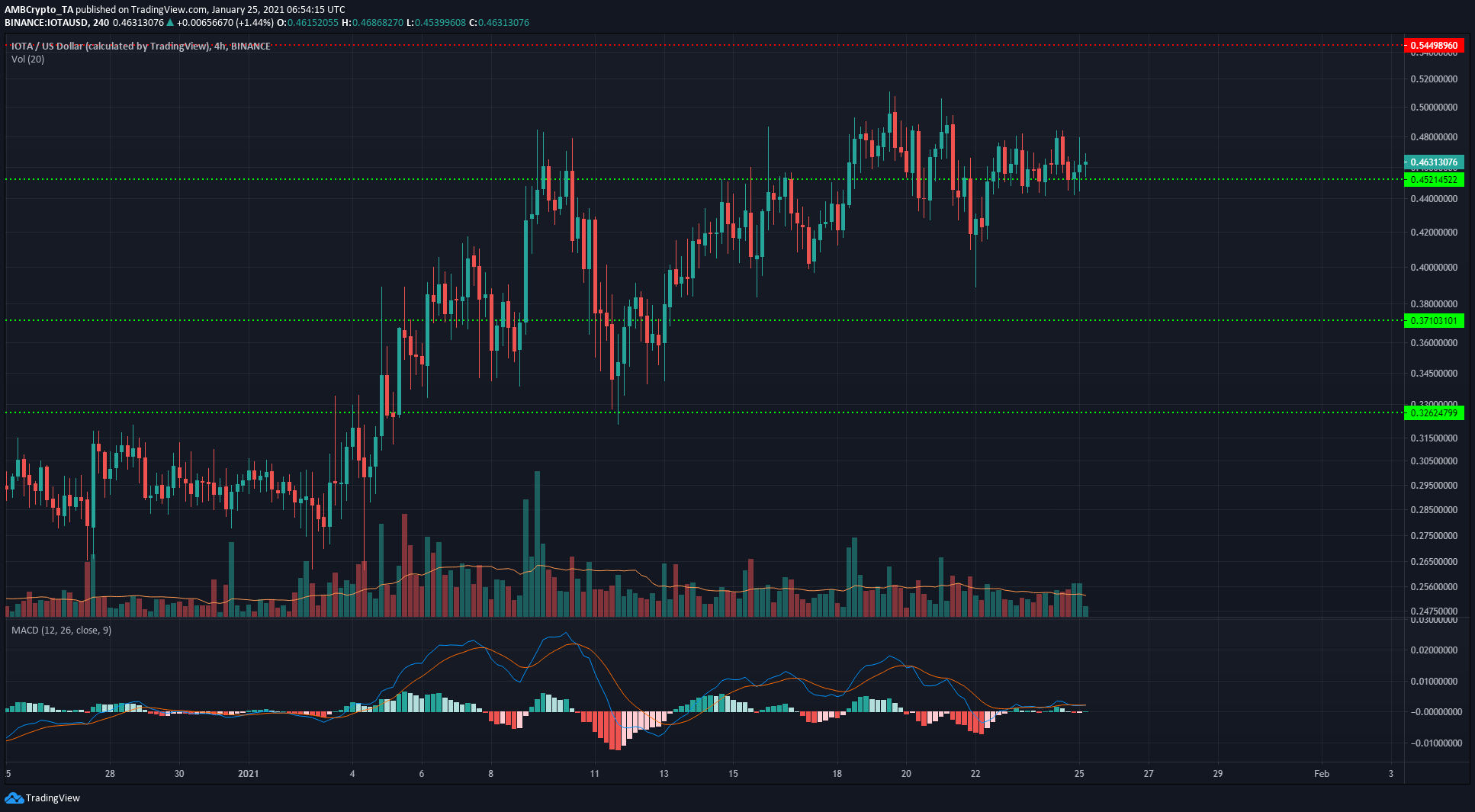 IOTA held steady at the $0.45 level of support. Its trend over the past three weeks has been bullish, but it also faced significant resistance from the $0.5 region that has not allowed the price to rise beyond the $0.45 support.

Trading volume has been fairly constant as IOTA appeared to consolidate at the $0.46 mark over the past few days. The MACD showed neutral momentum as well.

Rising above $0.5 with strong volume would likely see IOTA test the $0.54 level of resistance. 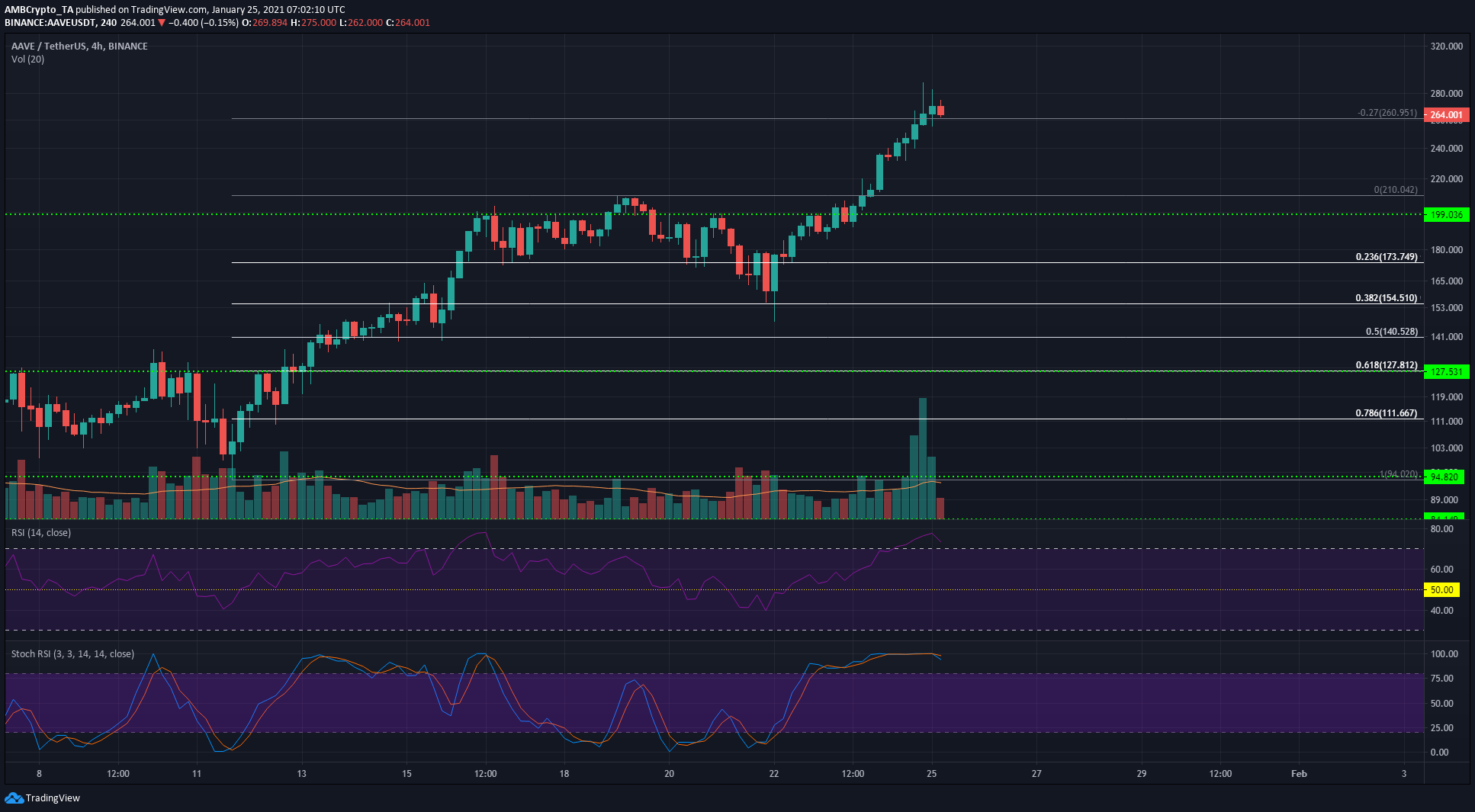 Both the RSI and the Stochastic RSI indicators were far into the overbought territory on the 4-hour charts. This by itself does not necessitate an immediate pullback. However, the past few hours saw AAVE push toward the $280 mark but was met with selling pressure as evidenced by the upper candlewicks.

Is Bitcoin dependent on institutional buying, hodling or both?