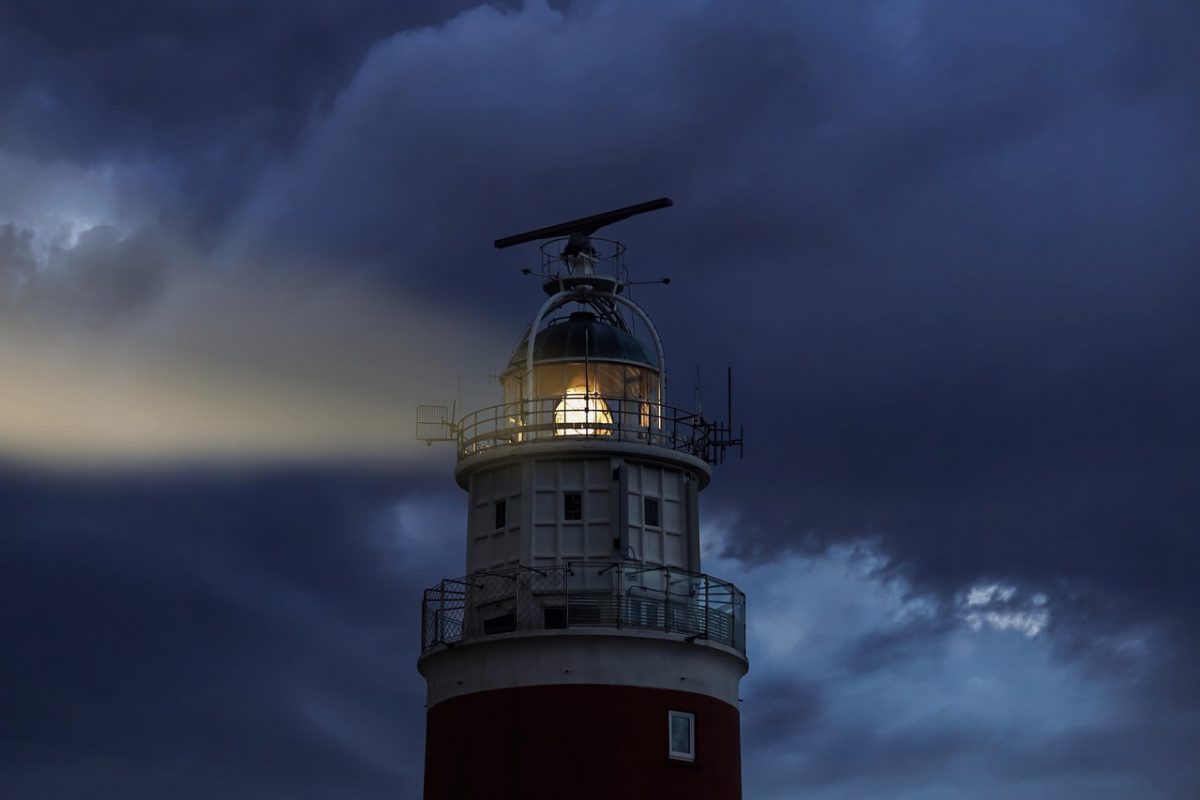 The ETH/BTC  pair stopped trending downward and actually made gains in recent days, and this flashed a buy signal across most of the altcoin market as large and medium cap coins began to see returns of varying degrees. Polkadot had recently seen an ascending triangle feinted upwards, only for the price to break down below the $33.8 level and dip as far as $27.45 in the past week. However, DOT has recovered well since and was trading at $45.1 at the time of writing. 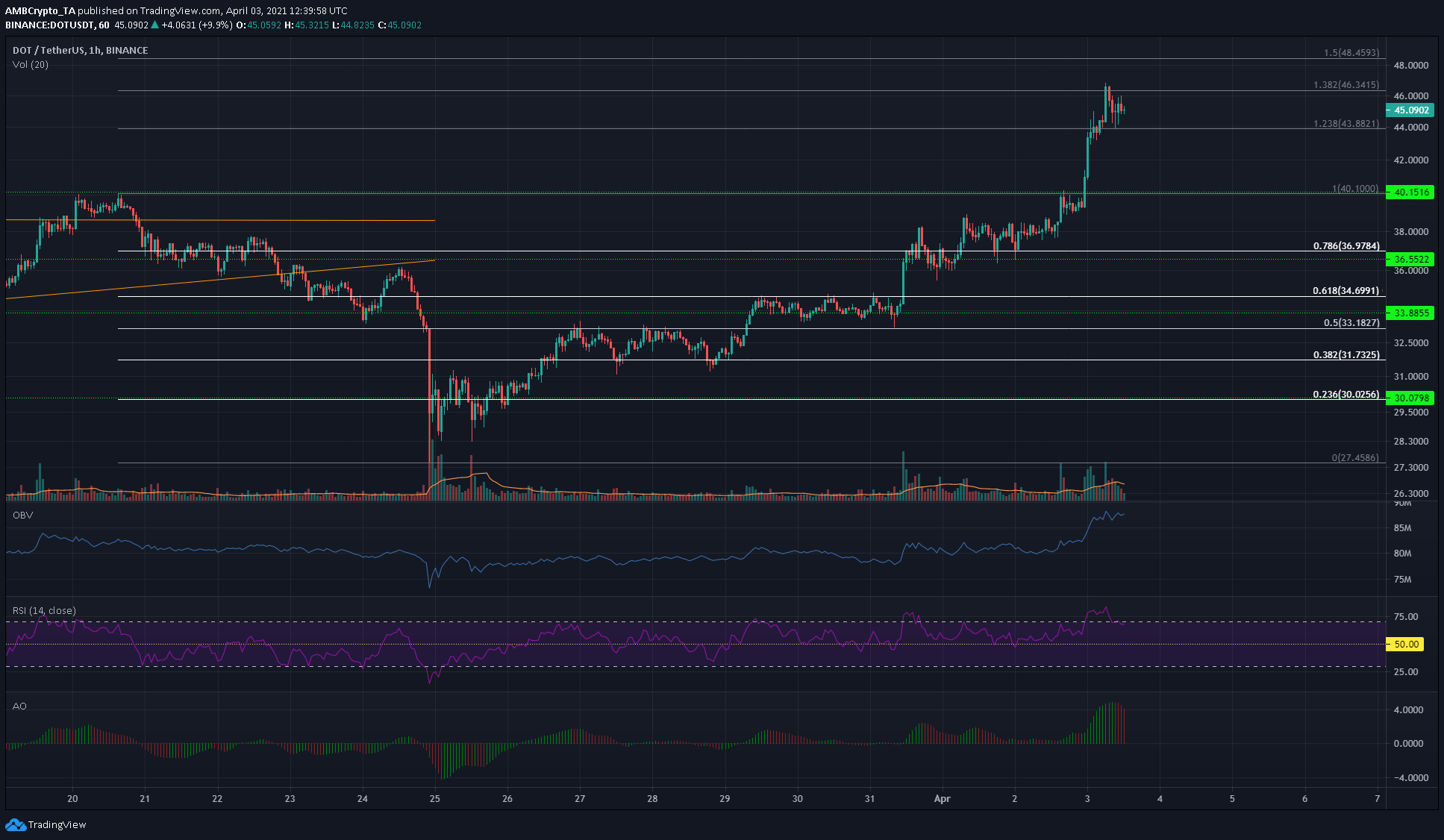 On the charts, the strong gains of DOT were already hinted at in recent days. The Fibonacci retracement tool highlighted the 50% retracement level at $33.1, and DOT recovered strongly past this level. The subsequent flip of the $33.8 level back to support was also an encouraging sign that showed that DOT was likely to head back toward the $38 mark, which had previously rebuffed the bulls’ attempts to climb past.

Now, at the time of writing, DOT has reached the 23.6% extension level at $43.84. Technical indicators showed strong short-term bullish momentum on both the hourly and longer-term timeframes. A move to $48 and past $50 can not be discounted in the short term.

On the 30-minute chart, there was a bearish divergence that has already played out and saw DOT pullback from $46.67 to $43.92 before climbing higher once more. The hourly chart did not yet show such divergences, and the longer timeframe charts showed strongly bullish momentum behind DOT.

The recent rally has also been driven by demand from buyers, as seen from the uptrend the OBV has established in recent days.

The RSI was well above neutral 50, and the Awesome Oscillator soared in recent hours as well. The $43-$44 area would be a good area to buy, while longer-term investors would hope for a retest of $40. This has not yet been hinted at but could occur in the weeks to come.

Momentum was firmly on the side of the bulls as DOT broke out past the previous ATH and is likely to see more price discovery yet again.

Related Topics:dotpolkadotPrice Analysis
Up Next