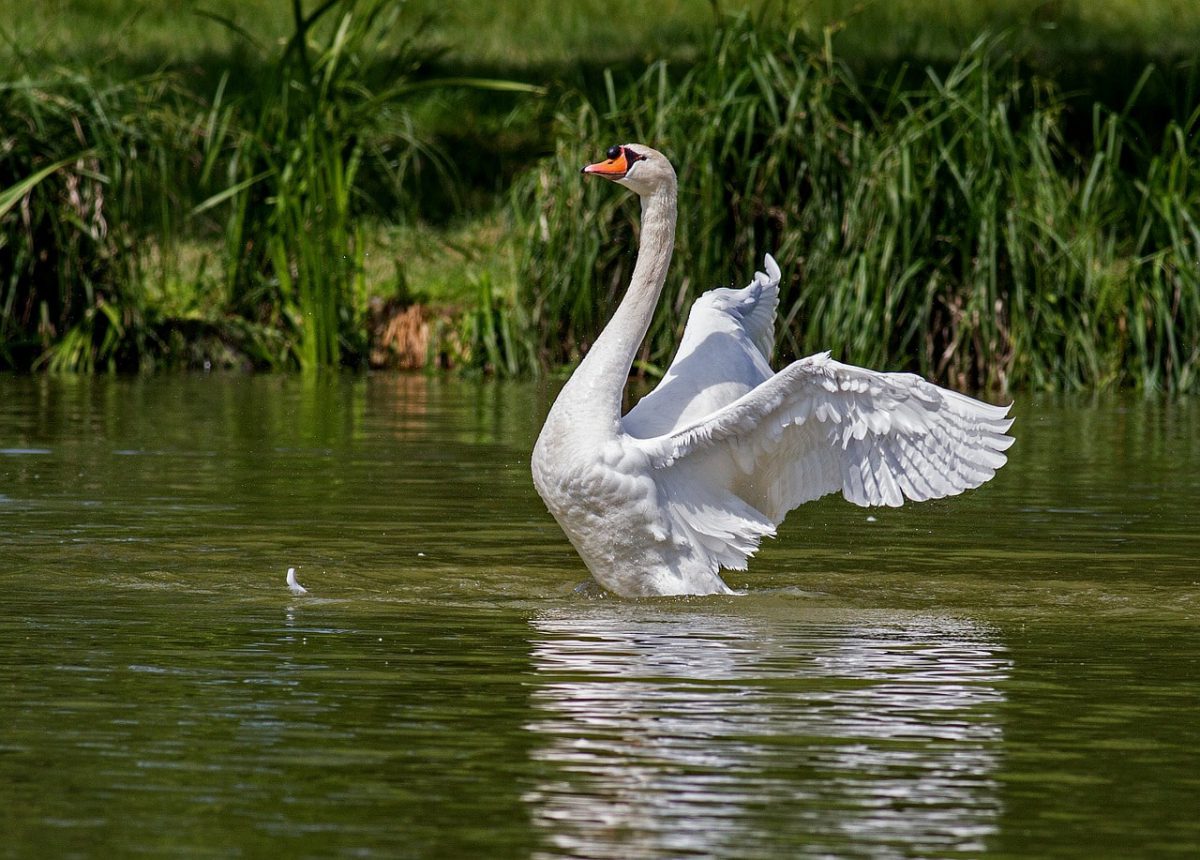 Ethereum broke past its previous ATH and the rising ETH/BTC saw altcoins do well over the past couple of days as well. Dogecoin pumped on an Elon Musk tweet and dropped lower. Synthetix climbed steadily to reach $21.43 and could rise even higher after a minor dip. 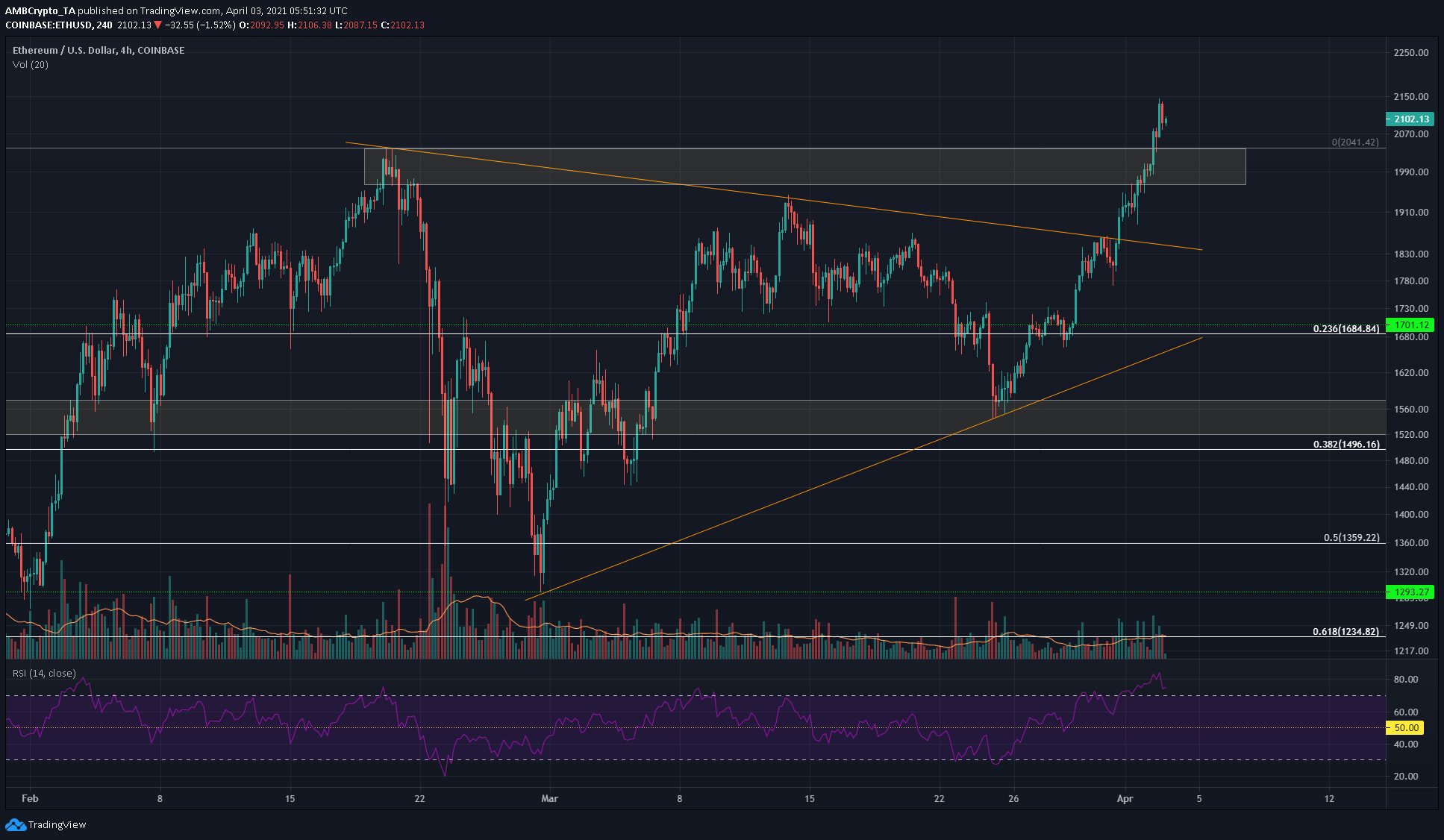 The RSI, even on the 4-hour chart, was overheated past the 70 value. Ether’s CME futures had closed for the weekend at $2028. Therefore, it is likely that the coming days will see an ETH pullback to the $2000-$2050 area before its next leg upwards. 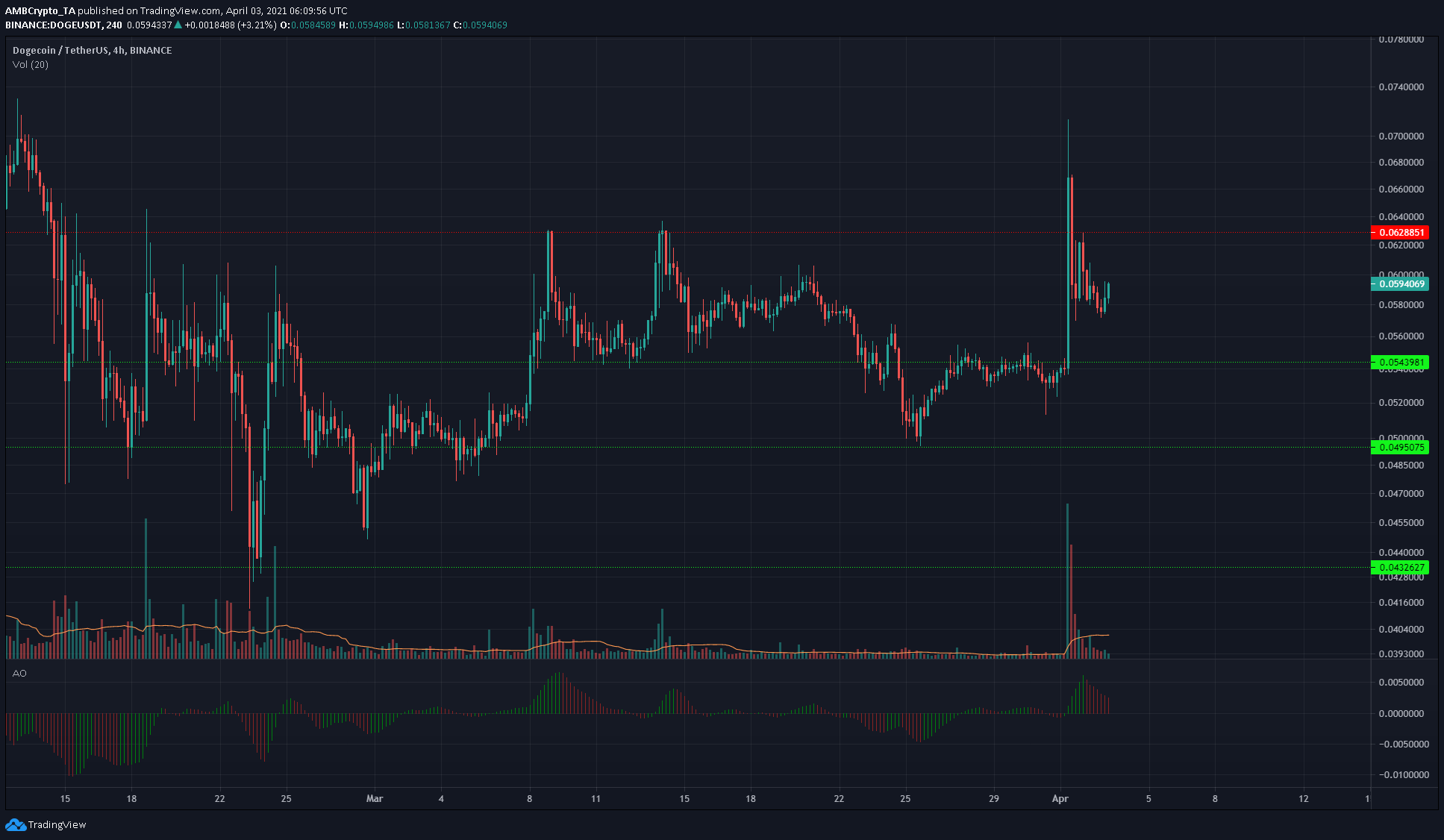 It is hard to analyze a coin that sees a 23% candle following Elon Musk’s tweet promising to put “a literal Dogecoin on the literal moon”. DOGE was trading beneath resistance at $0.054 before Musk’s tweet, and in the hours following it, shot upwards to reach as high as $0.071 before pulling back to trade at $0.0594 at the time of writing.

The fact that DOGE was unable to flip $0.062 to support indicated that, in the coming days, it is possible that DOGE was fall to $0.054. The Awesome Oscillator showed bullish momentum behind DOGE, but trading volume was once more trending downward, showing the heavy interest in DOGE has fallen off in recent hours. 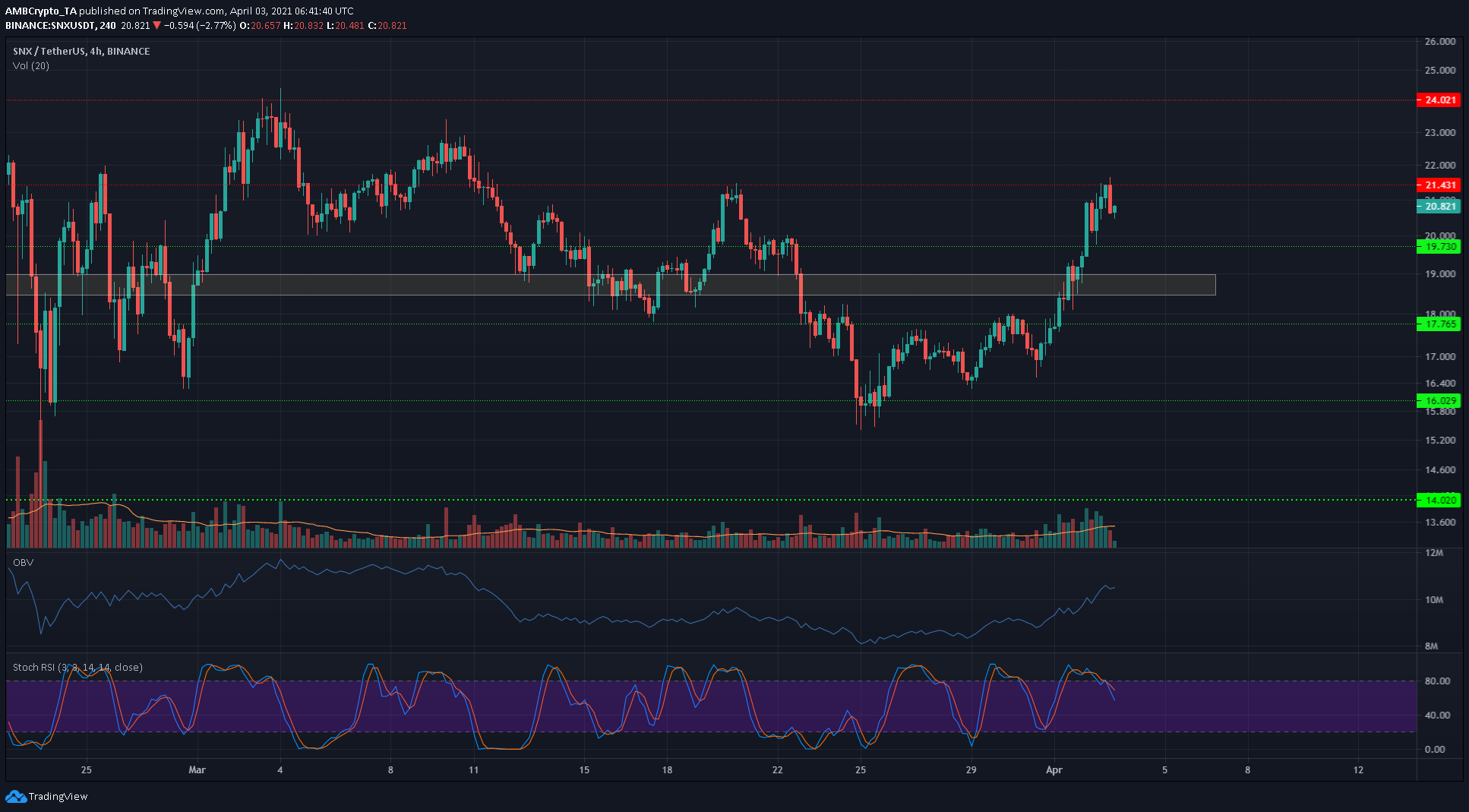 The Stochastic RSI was in overbought territory and dropped as SNX also pulled back from $21.4 to trade at $20.82 at the time of writing. The Stochastic, along with the rejection at resistance, showed that SNX could dip further to the $20.4-$20.6 region of demand before another leg upward.

The $19.7 support level will also likely be a buying opportunity if SNX dips that low- the OBV over the past week showed strong demand from buyers, and pullbacks are to be bought in this scenario.

Why DOT, ADA, TRX, and UNI will lead this alt rally