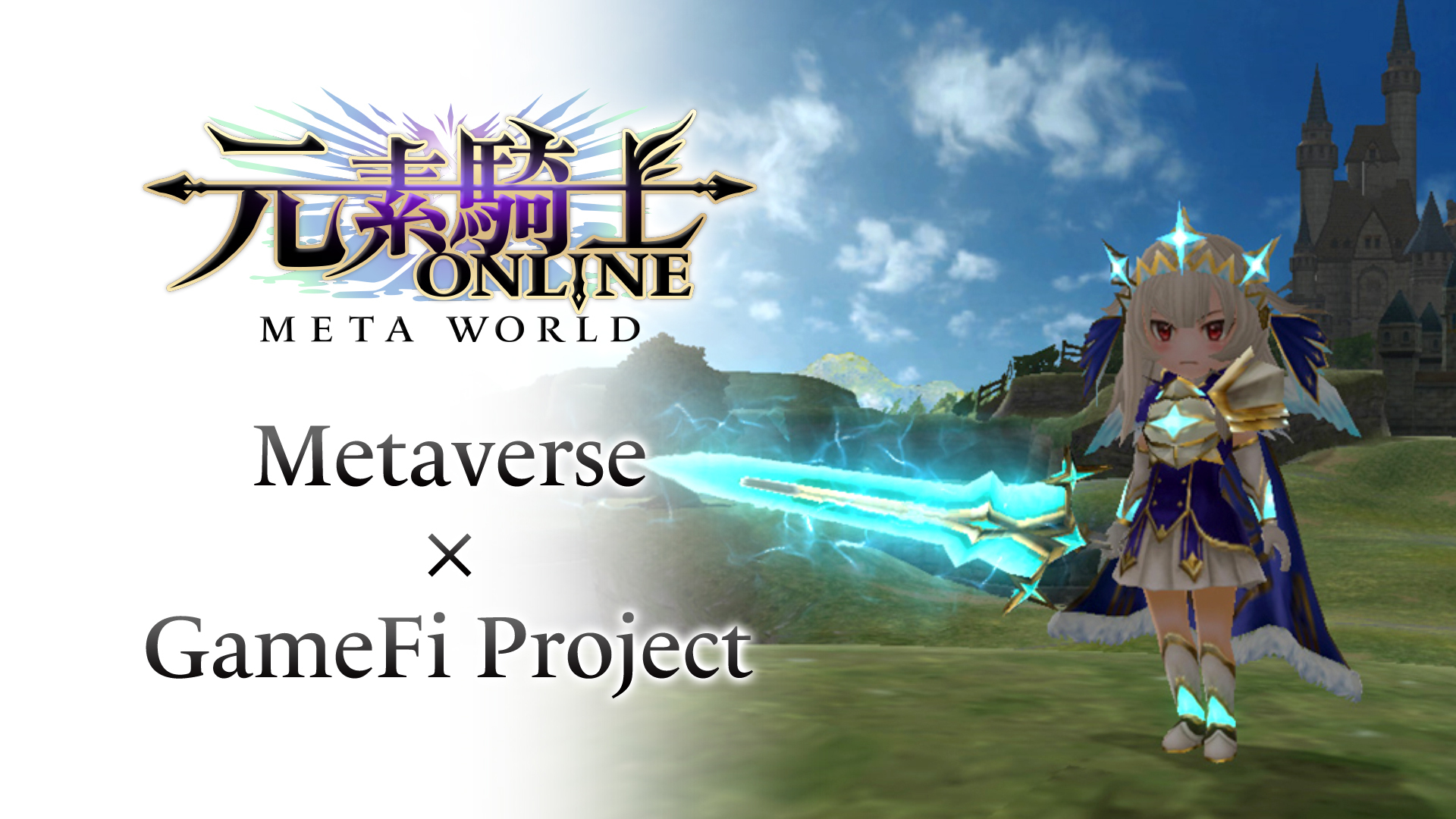 Awarded as Game of the year at the 2012 Gold Medal in Taiwan and one of the most popular titles of that year and GensoKishi is a Japanese-born game that has gained popularity in consumer games such as Nintendo Switch and PlayStation. GensoKishi has launched a GameFi project. Thus, the game has joined the ranks of titles that will leverage the power of blockchain technology and the play-to-earn model (P2E) to support an entire virtual ecosystem.

This model has gained great adoption and popularity in 2021 on the back of the rise of projects such as Axie Infinity. It provides players with a completely new experience and with a way to real-world economic rewards in one of the promising trends of Web 3.0 and the crypto industry.

In that sense, Genshokishi will create its own Metaverse set to expand as the game onboard thousands of players eager to participate in a brand-new adventure running on the blockchain.

To celebrate the announcement of GensoKishi Online -METAWORLD- and the opening of the social communities, a campaign will be held to distribute “Limited Equipment NFT” to all users who join the social communities by December 27, 2021, to help them advance their adventures. Please read this article to the end.

As mentioned, GensoKishi will use a P2E model to support its universe. In addition, it will allow players to collect rare items that can be traded on the digital marketplace OpenSea as Non-Fungible Tokens (NFTs). Another hot trend in the crypto space this year, NFTs has created a fresh wave in adoption for the crypto industry.

As they progress in the game and share adventures with their friends, users will gain these items or will be able to create them themselves. This is one of the newest User Generated Content (UGC) features designed to provide users with a new experience.

Similar to other popular titles, GensoKishi will let you create and raise a unique character with its own unique attributes and skills. Before its launch, users will be able to acquire special equipment in the form of NFTs. After the world will be open to exploring and for users to meet online friends from everywhere on the planet.

GensoKishi And Its One Of A Kind Blockchain Power Ecosystem

The game will run on top of Polygon (MATIC), an Ethereum based protocol that lets users issue and manage their own tokens. Thus, it’ll be able to benefit from this blockchain’s high transaction capabilities and its second layer of cost-efficient payment solutions.

This platform will support the subsequent phases of the GameFi project, which include the deployment of a DAO that will give the players more power over the management system and more. This decentralized entity sits at the center of the project’s Metaverse plans and is called MV.

The token will operate as a tool for users to determine the future of the project’s ecosystem by giving them voting rights on GensoKishi’s rule and policy, rights to gain special bonuses for their items, right to acquire special items only accessible with MV, the game’s own staking mechanism, rights to try the game in its early phase and participate in the creation of the world and characters, and much more.

This model will set a precedent in gaming development as the community will closely take part in every part of the process before and post-launch. Users will be able to acquire the token via some of the most important automated market makers in the DeFi sector, such as Uniswap, SushiSwap, Curve Finance, TrustPad, ChainBoost, and Quickswap.

The official website for the GensoKishi project will be available for the public starting December 2ndt, 2021, as well as its social media accounts and Discord server. The limited presale for the token MV will take place on Uniswap on the 23rd of the same month with its close alpha test expected to be realized on May 15th, 2022.

Other decentralized exchanges will add MV as the project moves further into development and its tentative official launch on August 15th, 2022. As the Metaverse gains more importance with the interest of Microsoft, Facebook, and major big tech companies, projects such as GensoKishi seem poised to become the future and catalyzer for a billion-dollar industry as its transitions into Web 3.0 and a new future.

A campaign will be held to distribute “Limited Equipment NFT” to all users who join the social communities by December 27, 2021, to help them advance their adventures.

In addition, GensoKishi Online is running a campaign where you can participate in a drawing to join the whitelist. The entry period is from December 7, 13:00 (GMT+8) to December 19, 23:59 (GMT+8). The winner will be given the chance to invest in $100 worth of $MV at the price of the private sale. The total amount of Whitelist’s drawing is $10,000, and you only have 12 days for entry, so don’t forget and take your chances!

To learn more about GensoKishi Online ‘’Meta World’’ and campaign, visit the links below