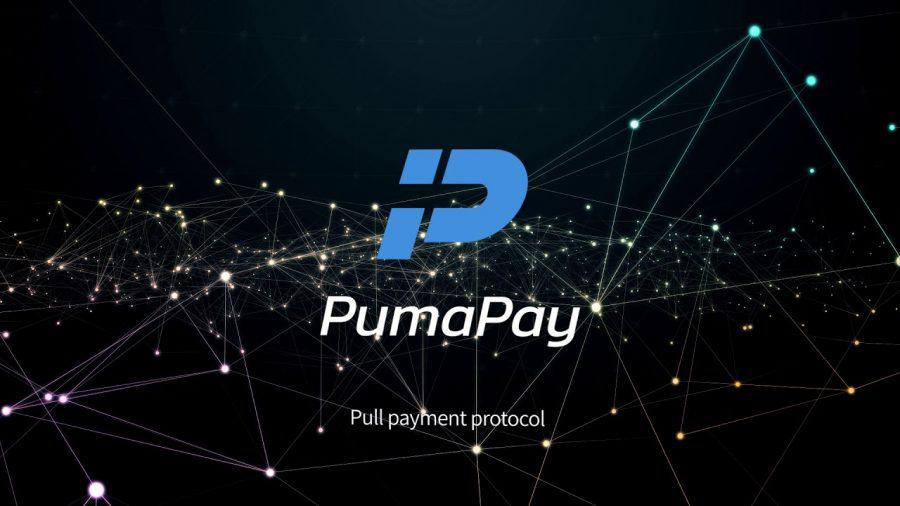 PumaPay is a Cyprus-based project created and developed by an international team with deep expertise in high-volume transactions, as well as blockchain. PumaPay’s technology lies in its PullPayment Protocol, created with the mission to bring crypto payments in town!
PumaPay’s open-source Pull Payment Protocol is a far-reaching blockchain arrangement which offers vigorous payment mechanisms and is unquestionably more sound, proficient, adaptable, practical, cost-effective and versatile than current implementations such as Credit Cards.
Dissimilar to the present payment techniques, which incorporate credit cards and virtual coins like Bitcoin. The Pull Payment Protocol was planned since its earliest stage of incorporation, particularly to beat existing obstacles and offer an arrangement of customized tools to facilitate onboarding of organizations and individuals.
PumaPay’s CEO, Yoav Dror explains:

“Retailers and small businesses are subject to multiple fees. With transaction costs ranging from 2% to the whopping 4-8% in some cases, these fees take a serious toll on merchants’ profit margin while long transaction reconciliation timelines reflect negatively on their cash flow. Furthermore, with chargebacks, merchants are suffering from exorbitant chargeback fines in addition to not having the security and peace of mind knowing that the money from their sale will eventually reach their bank account. This is something very personal to the PumaPay team, as all of us have decades of experience in online businesses and high-volume transactions, so, essentially, PumaPay started as a blockchain solution that could help our own businesses. Yet, we soon realized that this is something every business can benefit from, both online and offline. And the merchants’ needs are the foundation of the PumaPay economy.”

Digital forms of currency are immature to work at scale with payment cards, they experience the ill effects of poor acknowledgment rate by merchants. Any platform with a complex payment stream is not accepted. Costly payment mechanisms and inefficiency in transactions are the major struggle retailers and service providers are currently facing. PumaPay eradicates this through PumaPay’s PullPayment Protocol.
PumaPay merchants have benefits of using PumaPay, they experience convenience like none other in the market. They can plug-in various billing solutions to enable acceptance of cryptocurrencies directly, replacing credit card companies and other billing processors.
Merchants can offer customers comprehensive and flexible billing solution, addressing all common billing practices, including recurring, pay-per-use, and more. PumaPay eliminates risks of fraud, chargebacks, and associated fines. The PumaPay merchants also save the exorbitant middlemen transaction fees ranging from 3% to as high as 15% 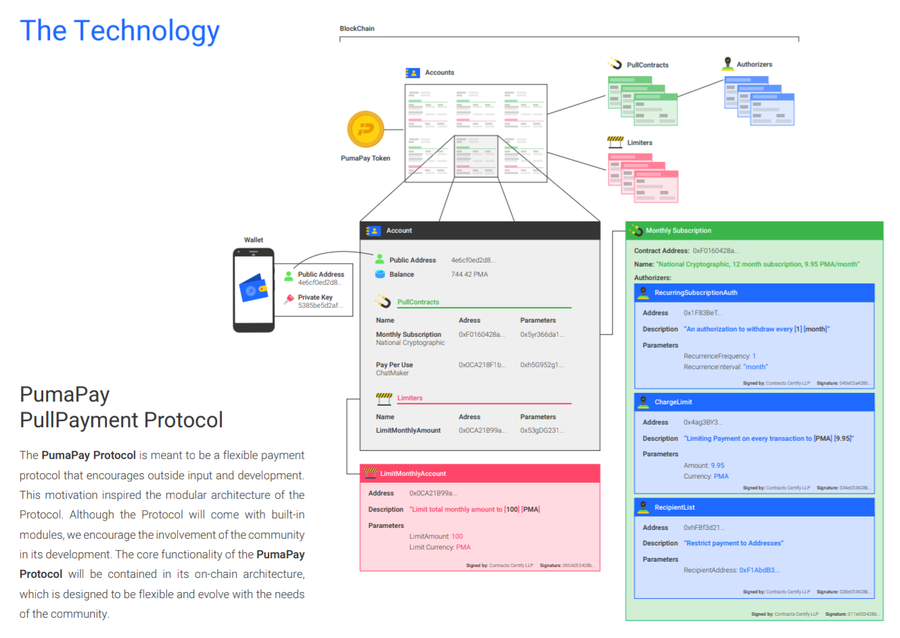 PullPayment Protocol is intended to solve the problems by utilizing a new architecture of smart contract called “PullContract”, which enables new billing methodologies over the blockchain technology. PumaPay’s mission is to modernize payment processing systems and lay the foundations for a thriving cryptocurrency economy built on the PumaPay PullPayment Protocol.
The Protocol is designed to standardize and enable comprehensive payment methods over the blockchain. It decentralizes the billing layer and saves substantial intermediary costs for merchants.
The Protocol increases the use of cryptocurrency both online and offline and facilitates it as a standard means of payment. It even enables powerful launching partners to disrupt their industries by creating a decentralized version of their platforms.
PumaPay Token
PumaPay token is the main means for transfer of value, where merchants enjoy the ease of processing crypto payments avoiding the pain of bank fees and chargebacks, while users benefit from the wide variety of products available by the PumaPay merchants. PumaPay Pride serves as a directory for all merchants who accept PumaPay sorted by various categories, thereby maximizing their exposure to crypto holders.
The PumaPay Token [PMA] is the facilitator of the convention’s special PullPayment usefulness. It is the main method for esteem exchange between parties over the convention and can be changed over to/from other digital money or fiat. The token is created as an ERC20 fit token over the public Ethereum blockchain [PMA V1.0]. This will encourage the TGE and also the initial usage of the token as a method for payment on PumaPay’s Partners.
Customers of PumaPay:
The project is building a network of Early Adopters – successful businesses from different industries who have committed to implementing the PumaPay payment solution from the onset. ImLive has consented to make its own stage where PumaPay Token is the main method of payment.
The protocol will empower P2P installments and will get their profit specifically, instantly, and riskfree. PumaPay with its ever-growing moto has acquired many industries. Just not that, PumaPay is currently working with the following companies: 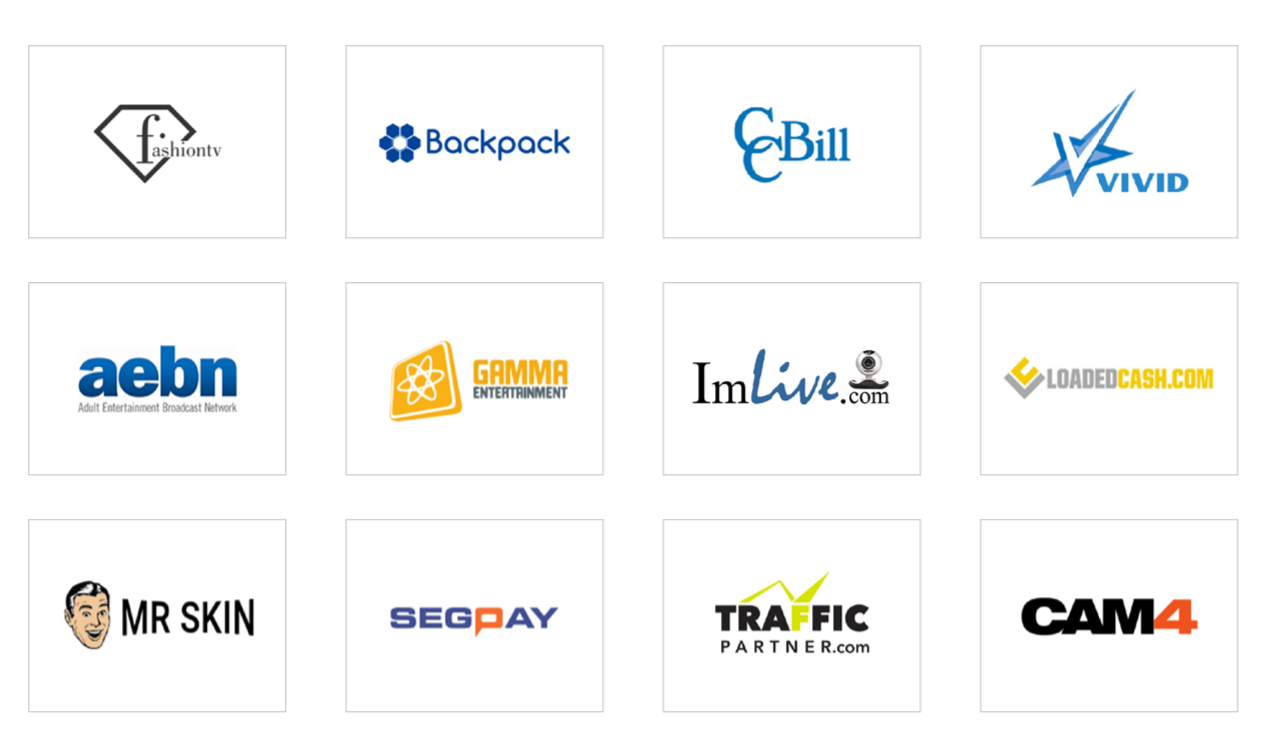 AMBcrypto had an exclusive interview with PumaPay‘s CEO, Yoav Dror and this is what we got!
Q. How is PumaPay’s PullPayment different from other payment methodologies?

PumaPay’s PullPayment Protocol differs from traditional payment methodologies in that it reverses the mechanism of transactions. Instead of the user/shopper having to effectively push funds from their account to the merchant (as with the credit card mechanisms), with PumaPay the merchant can withdraw or pull funds from the client’s account if permission is given.
This technological tweak that PumaPay brings to blockchain technology translates into card-like flexibility of payment practices such as recurring payments, pay-per-use or on-demand billing options that merchants could not handle previously on the blockchain. What’s more, with crypto transactions, it’s always the initiator of the transaction who bears the transaction fees.
In the case of pull payments, it’s always merchant who initiates the transaction, so the customer will not pay the fees. Additionally, developed as an open-source solution, the major improvement that our Pull protocol brings to payment mechanisms is that it allows merchants to design their own business logic on the blockchain and handle business in the same way as they used to with credit cards, without the high transaction costs (3 – 8%), chargebacks and extended settlement time associated with traditional means.
Q. What security features does the Puma wallet have?
The PumaPay Cryptocurrency Wallet App was built with all the latest security features, required from modern finance apps, in mind. For example, the user needs to set a 12-word seed phrase to protect their account. The wallet was extensively tested for security.
When it comes to general usability features, the 1st version of the PumaPay Cryptocurrency Wallet has all the features of basic ERC20 wallets, allowing users to benefit from seed-phrase enhanced protection against malicious interference. Combining features of Metamask and MEW (MyEtherWallet), this initial version of the native PumaPay wallet app allows users to create a new wallet or access an existing Ether wallet and securely send and receive payments in ETH and PMA.
Q. What are the services PumaPay Pride offer?

The PumaPay Pride is envisioned as a business directory that offers shoppers a clear indication where they can pay with PMA  nearby. It is an incentivizing feature that includes all the companies that accept the PMA Token as a means of payment that is part of the PumaPay Wallet that offers merchants greater exposure to crypto holders. Additionally, businesses/merchants part of the PumaPay Pride enjoy the added benefit of developing third-party extension services or add-ons on top of the protocol architecture as it suits their commercial needs.
To benefit from this service, merchants need to register to the PumaPay portal and access the dedicated SDK to receive the API keys that will allow direct communication with the client’s wallet. Once logged in, they can create a profile to include company logo, contact details such as address, telephone number etc
Q. What are PumaPay’s plans regarding migration to a next-generation distributed contract network?
Currently operating on the Ethereum network, PumaPay’s plans include migration to other more sophisticated distributed contract networks. We’re exploring multiple options, like EOS, Orbs or Credits to name a few. We are currently developing our second version of the Protocol and Wallet, details regarding migration to other blockchain networks will be communicated at a later stage.
Q. What feedbacks do merchants using PumaPay give? (ImLive.com)
We have integrated the protocol with our Launch Partner ImLive. The feedback we’ve had so far is good, clients enjoy the enhanced security offered by blockchain technology while enjoying discrete access to their favorite online entertainment services.
Additionally, ImLive as a merchant enjoys immediate payment settlement and no risks of chargebacks and associated bank fines. We are planning to release a case study or a series of articles to showcase the experience ImLive and its customers have had with the PumaPay integration.
Q. What inspired the modular architecture of PumaPay PullPayment Protocol?
With decades-long experience in leading high-revenue businesses, some of which given the nature of their activity like investment firms or online gaming companies are deemed “high-risk”, we understand all the pains that merchants from these industries experience with high transaction charges that range anywhere between 3% to a whopping 15%, chargebacks and bank fines.
That was our source of inspiration when building PumaPay’s modular architecture and developing the PullPayment Protocol. Saying that our goal with this novel development was to eliminate all these hurdles and pave the way for a new paradigm that allows free, un-intermediated payments and business
Q. What is the roadmap the team of PumaPay has set, where does the team see itself in the next 5 years?
We have completed the 1at stage on our roadmap with the release of our alpha-version protocol and wallet app, which allows for a basic “push” action along with simpler payment scenarios (pay-per-use). We have also concluded our token generation event with a total supply of 78,042,956,829 PumaPay Tokens, after raising over $117 Million.
This sets us on the right track towards launching our beta-version product, SDK II for merchants and 2nd version of the user-dedicated PumaPay Cryptocurrency Wallet that will eventually allow for the “pull” action described so far with recurring payment options. We plan to have this second release in the coming months.
For more information about PumaPay, click here!
Related Topics:featured
Up Next

Making Cryptocurrency Easy to Use for Everyone