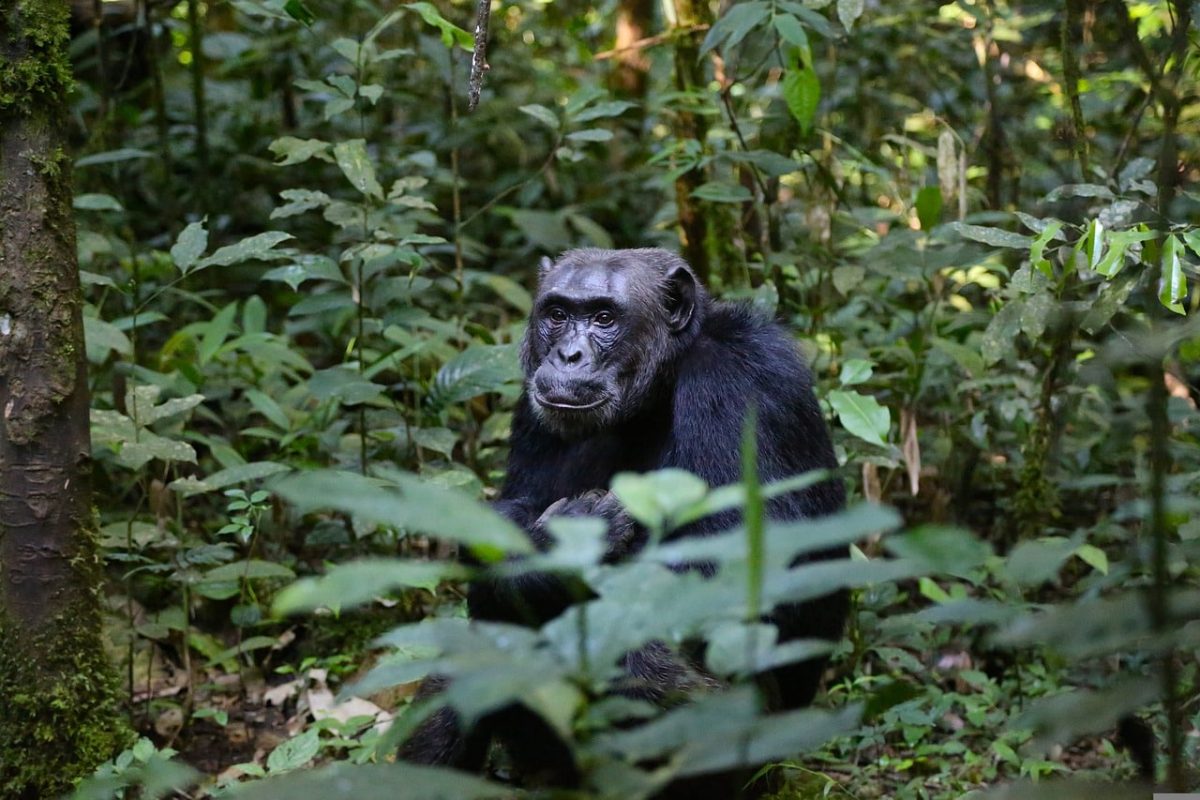 ApeCoin [APE] did not have a great start to September. A week into the month and the price crashed below the $4.6 support to test $4.2. Since then, buyers had the upper hand. The rally that followed rose to $6.3. A recent article also noted how $5 could be an important support level for ApeCoin.

The aforementioned prediction notes $5.38 as the highest APE can go in the next three months. This tied in quite well with the resistance of the past few weeks. Could ApeCoin descend toward $4 and stay there for what remains of 2022?

APE holds on to $5, barely keeping bears at bay 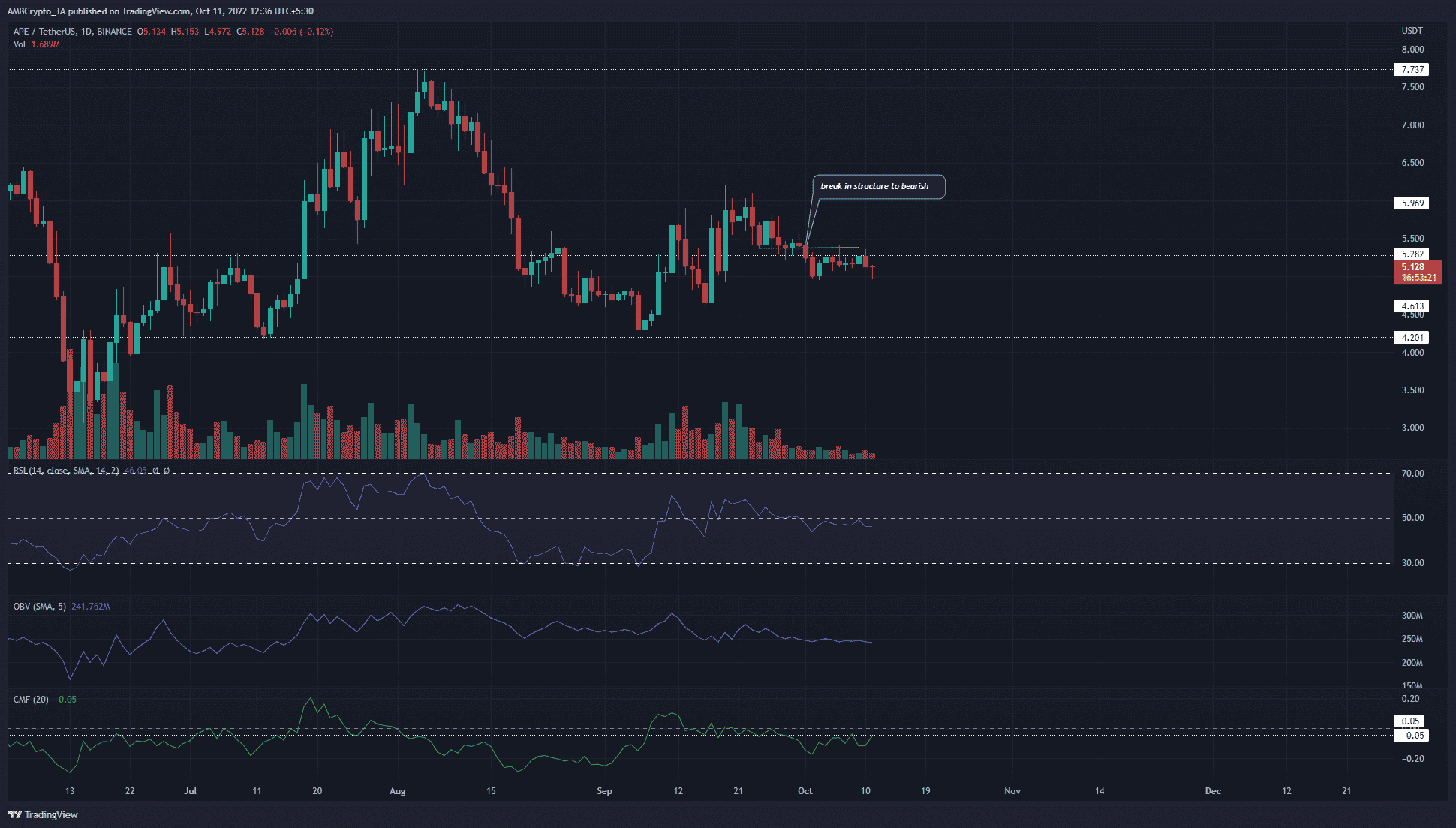 The price had made higher highs and higher lows in September, but this was not sustained for a significant amount of time. The rejection at $6 was followed by the previous lows getting overrun by the bearish assault.

This meant the structure on the one-day timeframe flipped to bearish once again. Moreover the $5.28 key level has been a stiff resistance level and offered multiple selling opportunities for scalp traders.

Furthermore, technical indicators also showed a neutral to bearish bias for APE. The Relative Strength Index (RSI) flipped neutral 50 to resistance in recent weeks, but has not dropped below 45 for a significant amount of time. Hence, while momentum has leant bearish, it was weak in the past two weeks. The On-Balance Volume (OBV) was flat and did not form a lower low. The Chaikin Money Flow (CMF) stood below -0.05 in recent days to highlight significant capital flow out of the market.

To the south, $4.6 and $4.2 can serve as support. Until the price can close a daily session above $5.42, the higher timeframe bias would be bearish.

The social volume metric has been fairly steady in September and October. There was a large spike in late September, but this only saw APE climb from $5.3 to $5.5. A more worrying metric for the bulls was the supply on exchanges of APE.

This metric was in a downtrend for a good part of August. Yet, September and October saw this metric advance higher. This suggested that short-term selling pressure witnessed a rise in recent weeks. Correspondingly, the price also took a turn southward after the rejection at $6.