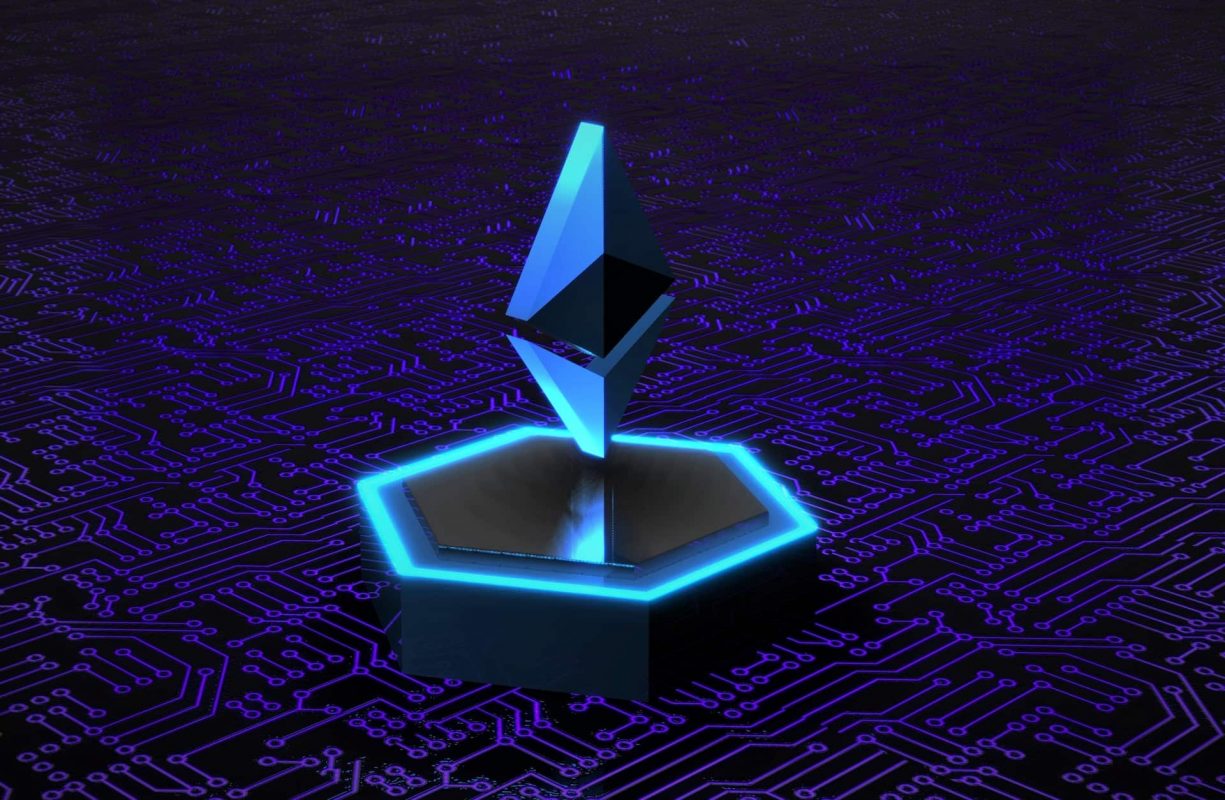 Ethereum [ETH] bears have been dominant since last week, leading to a higher price drop towards the lower range for 2022. Amid all this, there were some interesting observations that investors should take note of.

ETH’s exchange reserves dropped back to the lowest year-to-date levels. The last time that exchange reserves were this low was at the start of the second week of September. The price did manage to achieve a slight uptick before being slapped down.

The low exchange reserves are a particularly important observation especially taking into account the estimated leverage ratio. The latter just reached a new historic high, indicating that many traders have executed leveraged positions.

ETH’s open interest also had a net positive gain in the last two weeks or so. This was confirmation that there was a healthy demand from the derivatives market. The low exchange reserves and relatively high demand in the derivatives market may explain why many ETH traders have opted to execute leveraged trades.

Low exchange reserves can be seen as confirmation that ETH was flying off exchanges now that prices were even lower. The higher open interest and estimated leverage ratio highlighted current expectations of a supply shock. The most likely expectation being a bullish one considering ETH’s latest bearish price action.

The expected outcome will only occur if ETH’s current demand levels favor the upside. Exchange flows highlighted a contrasting image. Both exchange inflows and outflows decreased substantially in the last two weeks. Outflows were slightly higher than inflows during the weekend but the latest readings indicated higher inflows than outflows. 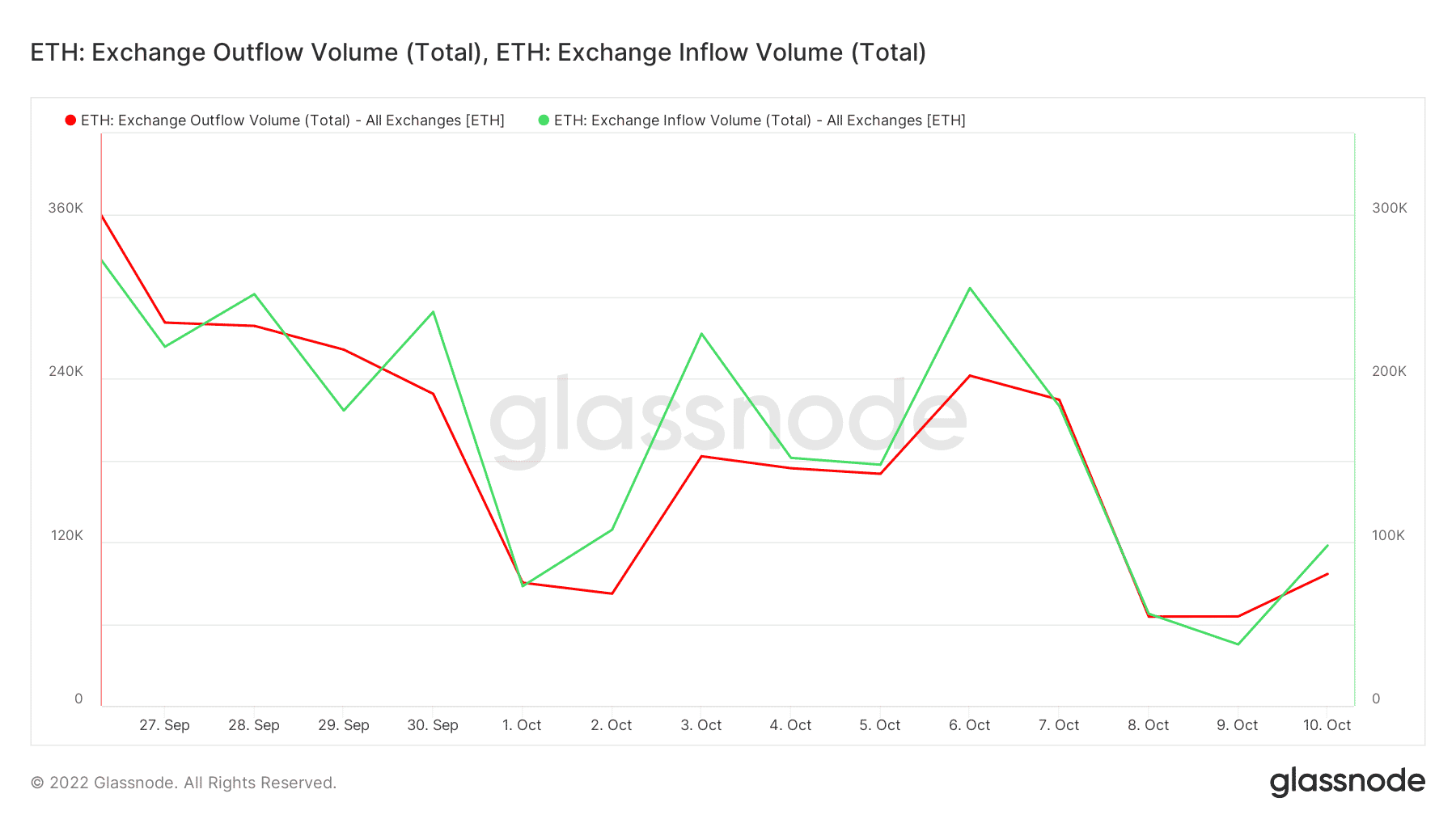 The higher exchange inflows suggested that investors were caving to the sell pressure. Meanwhile, the higher estimated leverage ratio underscored potential risk of liquidations in case of a further price drop. Some traders anticipated this outcome and this was evident by the rise in ETH’s options open interest put/call ratio.

The latter’s rise in the last four days also confirmed that the number of put options increased, hence traders could anticipate more downside.

As far as the downside pressure was concerned, ETH dormancy metrics registered increased activity during the weekend. In other words, a significant amount of ETH held for an extended durations was now hitting the market. 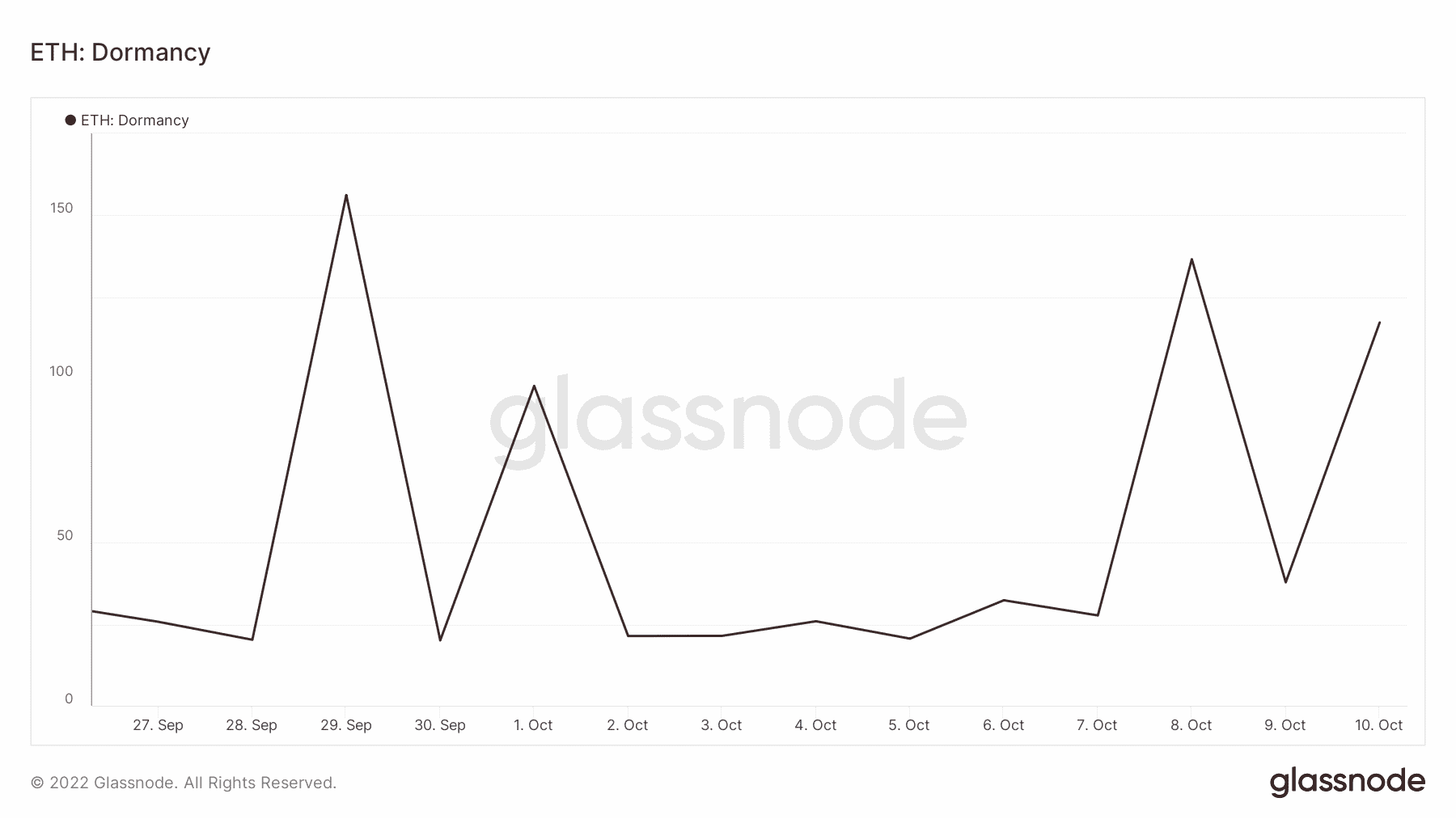 The above-mentioned observations highlighted the exiting sell pressure pushing down ETH’s price action. Nevertheless, ETH, at press time, was approaching a key support and resistance zone near the $1,250 price range. There was a significant probability that investor sentiment might change in favor of the bulls at that price level. ETH traded at $1,283 at press time.

Related Topics:ETHEthereumEthereum institutional investors
Up Next