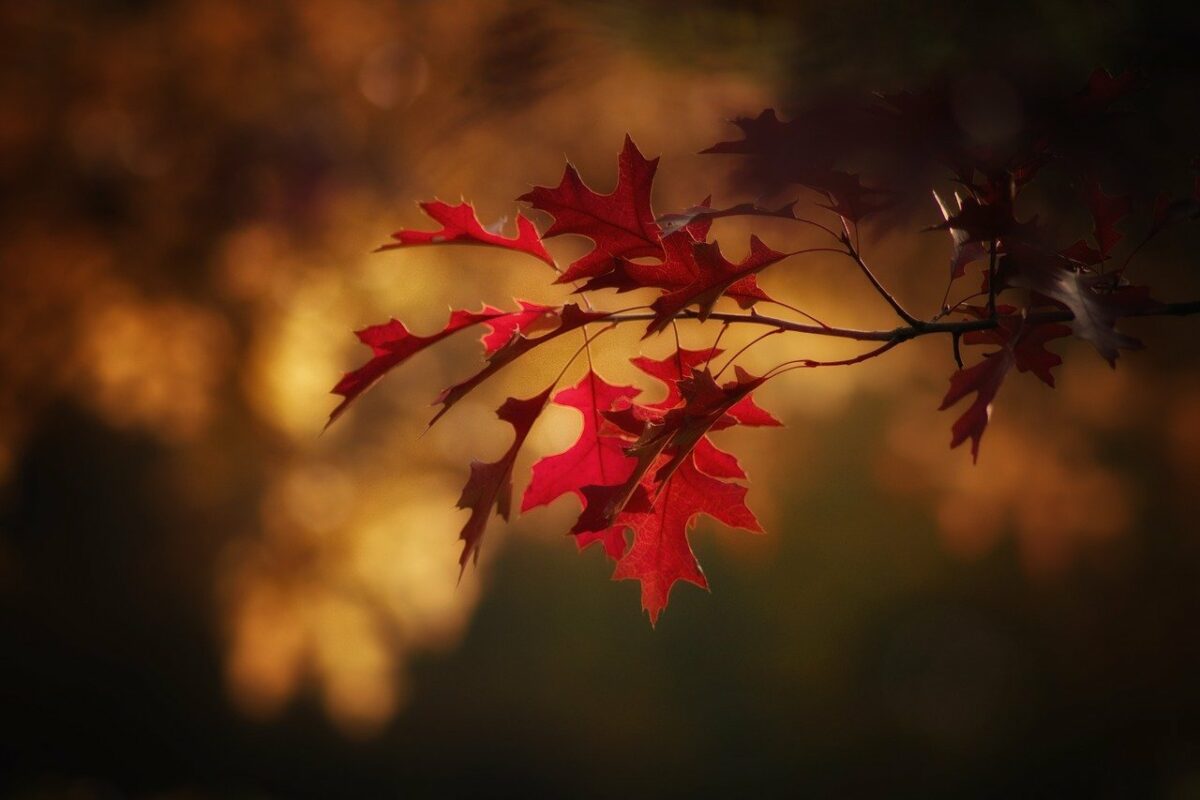 With Bitcoin correcting on the charts, falling by almost 6% in a few days, bullish sentiment has shifted to altcoins. Most altcoins with Bitcoin pairs seemed to be on the ground, at press time. What this might also mean is that an altcoin season could still make a comeback. Here are the signs that seem to point towards the aforementioned possibility –

Bitcoin registered some minor corrections after a pretty impressive rally for the most part of this month. Now, the larger market could be of the opinion that Bitcoin noting minor losses won’t make much of a difference as long as it holds the $42k level.

That might be true, but such a “bearish” move could also have a bullish impact on the altcoin market. 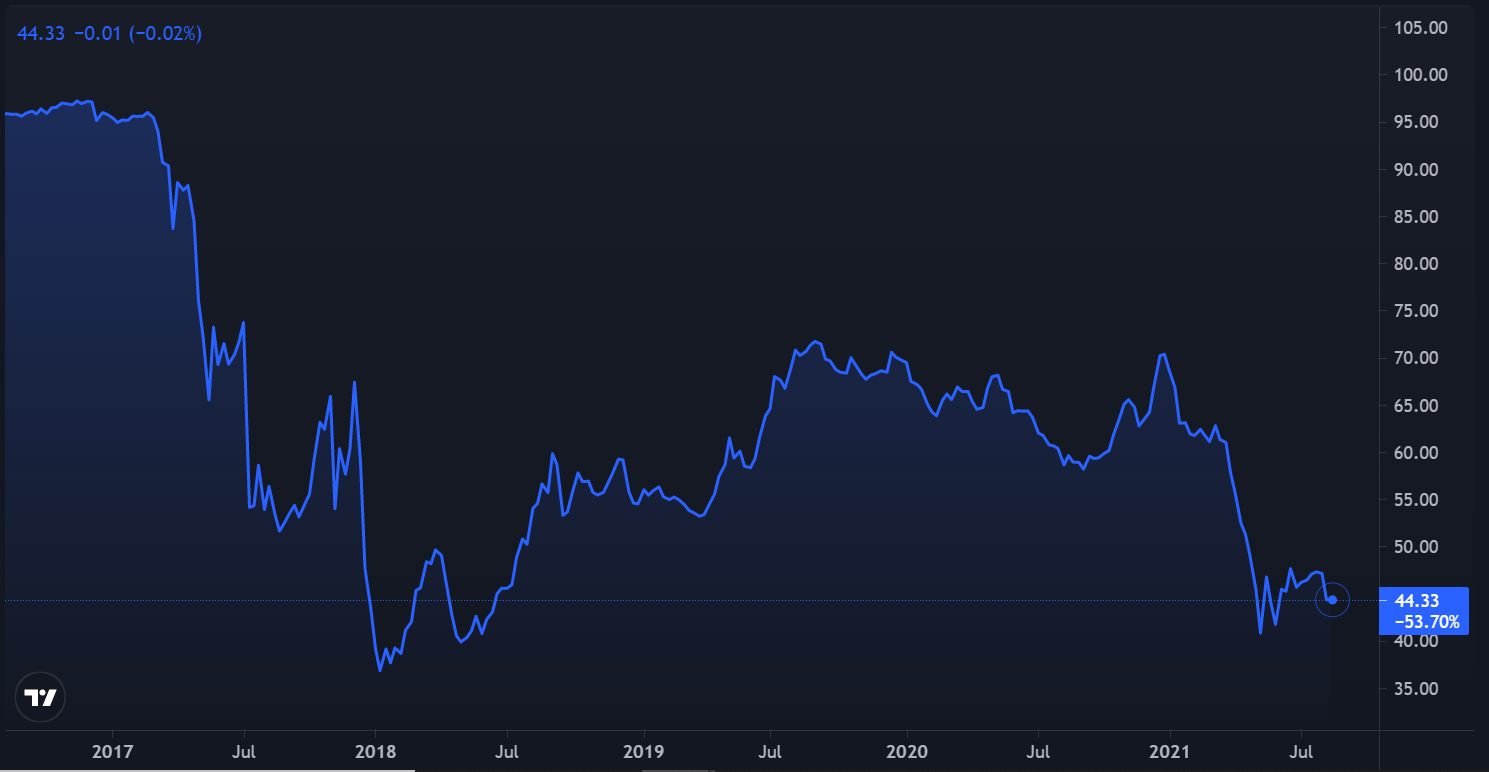 Additionally, Bitcoin’s dominance is a key driver of any alt rally or altseason. At the time of writing, it stood at 44.36, falling to a level unseen since 10 June. Notably, these levels were also seen back in June 2018.

Such a drastic fall in Bitcoin’s dominance could point to the other side of the rainbow – the chances of an altcoin season. Historically, a sharp downward slope in BTC’s dominance has been indicative of its onset.

Additionally, the total altcoin market cap rallied by around 45% in the month of August. It also hit a local top of 1.15 trillion on 16 August, having noted just a minor downtick since.

These altcoins stole the show

In a bullish market, alts rallying is no big deal. In fact, many altcoins highlight massive gains and then lose their rallies and dominance rather early. However, when large-cap alts picture good gains, the possibility of an alt rally increases.

This month was a rather pleasant time for some of the market’s top alts. While Cardano inched closer to its ATH, XRP recorded unexpected gains. Even Polkadot noted a sustained rally. Further, altcoins like Solana, Terra, and Axie Infinity made some blasting headlines and presented 77%, 91%, and 5% weekly gains.

Some indicators of an altseason include money inflows from Bitcoin to Ethereum, Ethereum outperforming Bitcoin, new participants entering the alt market, large-cap alts highlighting parabolic rallies, and some mid-cap and low-cap alts pumping due to strong fundamentals.

At the time of writing, some of these indicators were flashing bullish signals for the altcoin market, a sign that an altseason might actually be ahead.

Is it too soon though?

Now, some would argue that the aforementioned statement is a simplification, maybe even premature. Indicators alone might not point to an incoming altseason.

In fact, Altseason Index also highlighted an almost vertical peak in the same. 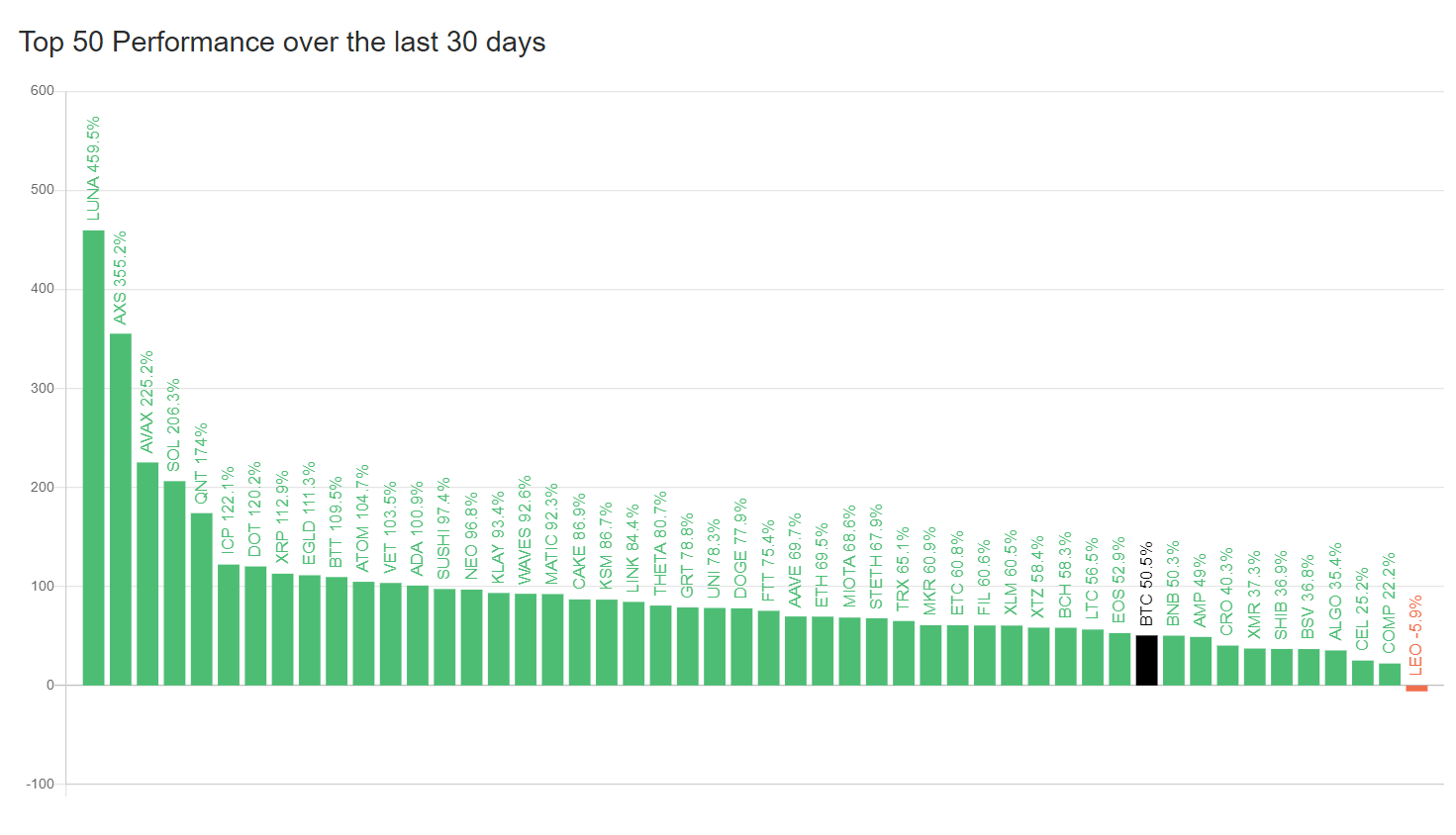 Looking at all the metrics and signs, it can be said that this is the onset of an altseason with the last month being an alt month. If altcoins continue to dominate for another two months, then we can officially call this an altseason. For now, however, it does look like an altseason is on the cards for the market.

Ethereum can reject its bearish thesis only if…