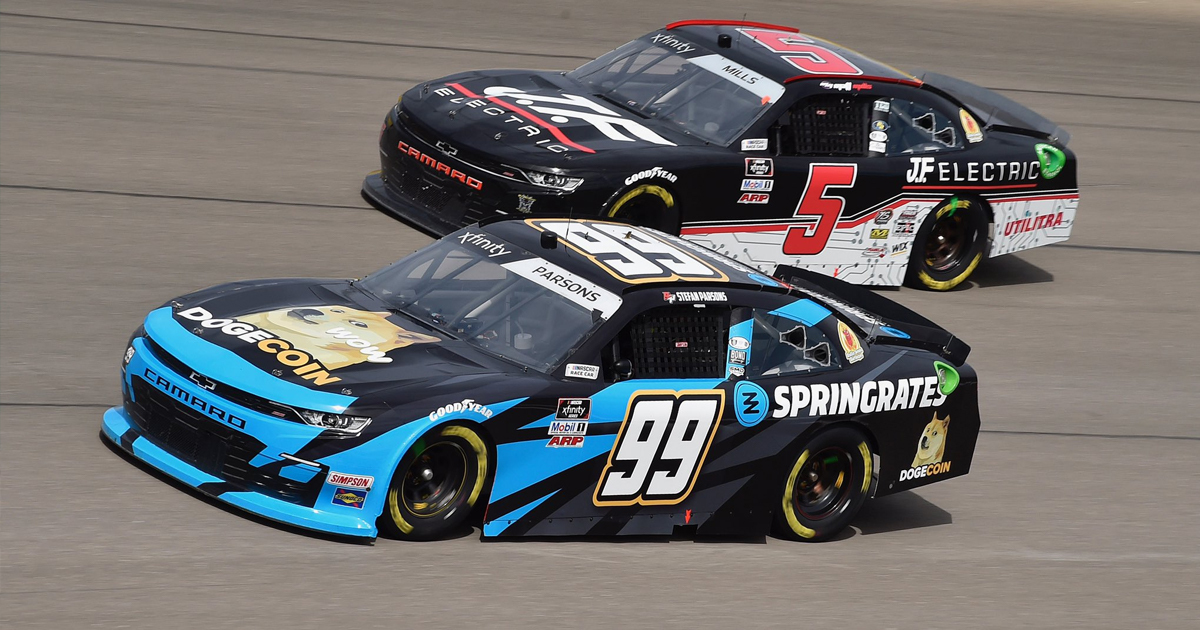 Dogecoin community was rooting for the Dogecoin-branded car which was a part of Saturday’s NASCAR race. However, much like the digital asset, the DogeCar met some difficulties and finished the race in the last place.

NASCAR Tweeted about the incident:

The #dogecar has crashed. 😢

Before the race, the Dogecoin community was enthusiastic over this inclusion and #DogeCar was trending on Twitter. However, the number 99 race car could not keep up with the hype and finished last after the crash.

During Stage 2 of the Tennessee Lottery 25,  Stefan Parsons the driver cruising in the Shiba Inu covered Chevrolet Camaro slammed into the wall a few meters from the finish line. The crash caused the car to swerve and finish the race sideways at 36th place.

Nashville week! DogeCar is back 🙌🏼 pic.twitter.com/9QgljcpLt6

Despite the unfortunate loss, Dogecoin managed to gain momentum in the dull market. Interestingly, this was not the first-ever race for a DogeCar.

Earlier in 2014, DOGE traders on Reddit rallied together and sponsored a Dogecoin-branded car driven by racer Josh Wise. The ardent supporters of DOGE had donated over 65 million dogecoins so that Wise could compete in the number 98 Moonrocket at the Talladega Superspeedway. Although Wise did not win, he finished 20th with more support from the community and taking the number 98 DogeCar to other races.

Even though the 2021 race did not favor Parsons, the community was cherishing the publicity for the DOGE. David Schwartz, the CTO of Ripple joked that the crash was “bullish” in his opinion. Meanwhile, some fans thought a Tesla could have performed better despite being an electric car. However, the unanimous opinion remained:

Even though the representation of Doge was a major victory for the Dogecoin community, the price of the asset crumbled. The digital asset lost nearly 14% of its value and jumped from $0.2910 to $0.2524.

At the time of writing, Dogecoin was mirroring the bearishness spread through the crypto market and was trading at $0.2542.

What is the Bitcoin ‘Millionaire Tier’ signaling?