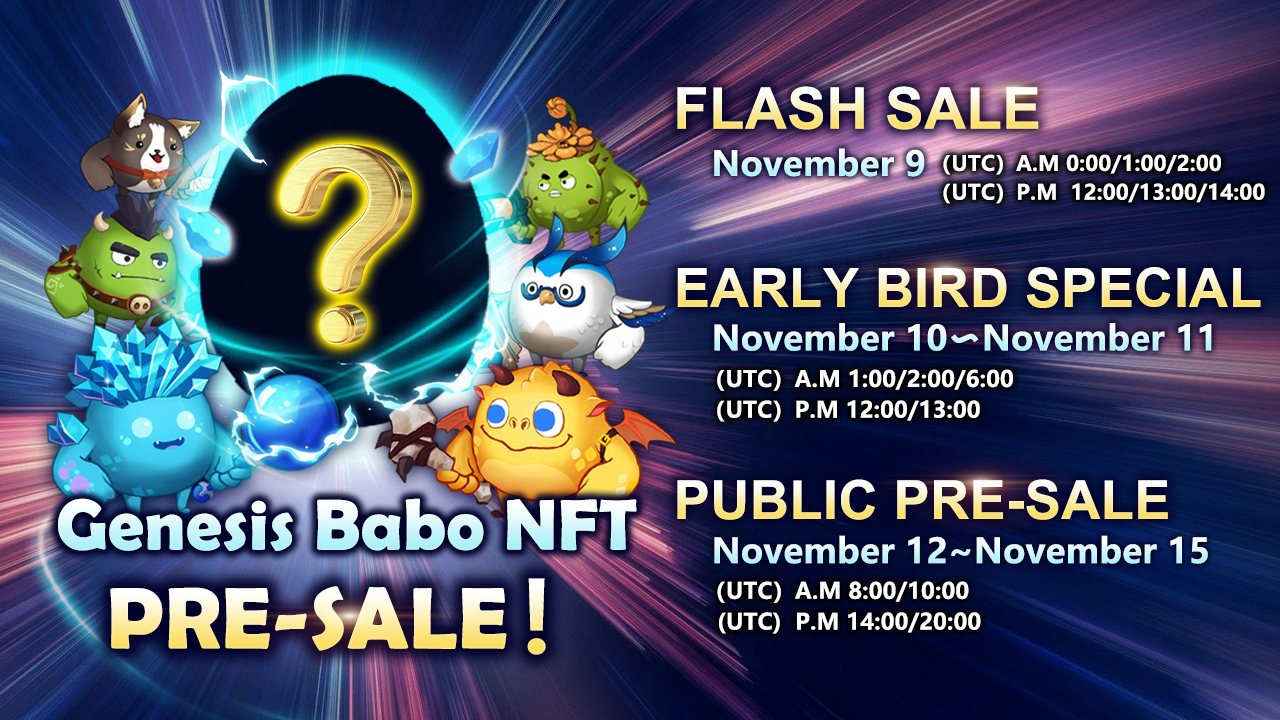 August 2021. Born the Loot NFT, whose average price was 0.067ETH when first released, and the price went straight to 33 ETH within only ONE week, shows us a mind-blowing ROI of 49200%

Recently, a rising-star NFT project— SGEM, the first blockchain game with four-year development and three-year testing — announced its debut, along with Genesis Babo NFT which is starting its pre-sale on 9th November.

According to official sources, the price may be down to 0.3 ETH for each. With the help of boosting the blockchain game market, can it spike to 200 ETH for each?

Why do we find Genesis Babos worth buying?

1. The project of reliability and great prospect

While SGEM City, the first linked game in SGEM, accelerates the Play to Earn model development and takes us to the era of Play to Earn 2.0. There are tens of gameplays and ways to earn in SGEM City, which make it more entertaining and profitable than Axie Infinity. Compared with other projects’ NFT, Babo NFT shows richer content on playing scenarios and approaches in the real world.

Besides, the SGEM team, truly devoted themselves in project development, is a team of vigorous to overcome odds from different economic cycles. The product which took four-year development and three-year close testing guarantees the good quality, shows a bigger picture and provides the ambition to profit all players long-term rewards. 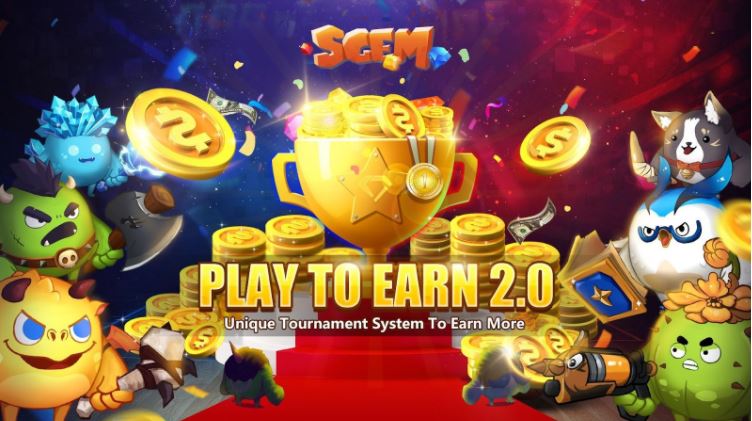 Only a few hundreds of Genesis Babo NFTs are released this time — the SGEM team is rather cautious in Genesis Babo NFT release, which makes them more worthy of collecting. The release will be stopped once it reaches the limit. Anyone who would like to have it later than that would have to buy it from the owners. You get it, you win it. 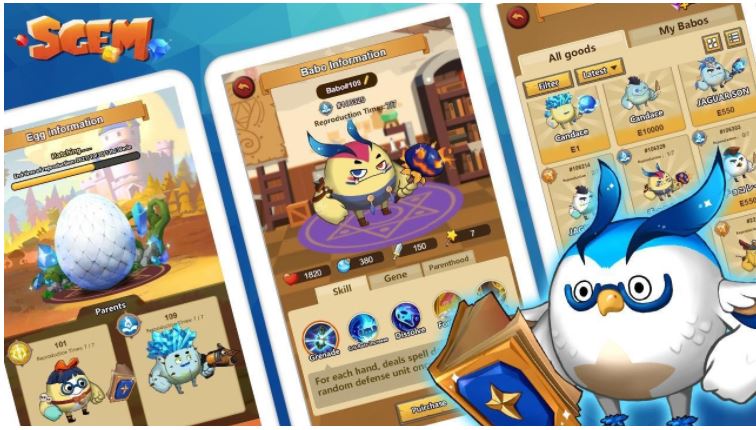 Players are able to use two of their Babos to breed more Babo NFTs, which can be sold on the market for up to twice the price. For example, the cost of a Genesis Babo is 1 ETH, 3 of them can produce 10 new Babo NFTs, each of which is sold for 0.5 ETH. It guarantees players making returns proportionate to investment in five days, but also earning as much as 2 ETH.

Besides, players with 3 Babos can join gold farming or tournaments with rewards held all over the year. Giving them everyday income — the AA tokens, chances to get lots of Grade 1 token — ORE. Both AA and ORE are available on the secondary market and guarantee players daily income as well. Getting a Genesis Babo can never be a bad deal.

Meanwhile, according to the official source, players having Genesis Babo NFT will receive more privileges. On the basis of the SGEM white paper, players with Genesis Babo NFT  may be able to enter the SGEM mining area, where ORE can be mined directly.

In summary, having the Genesis Babos NFT enables players to mine for ORE at an extremely low cost. This is a lucrative investment players should never miss. 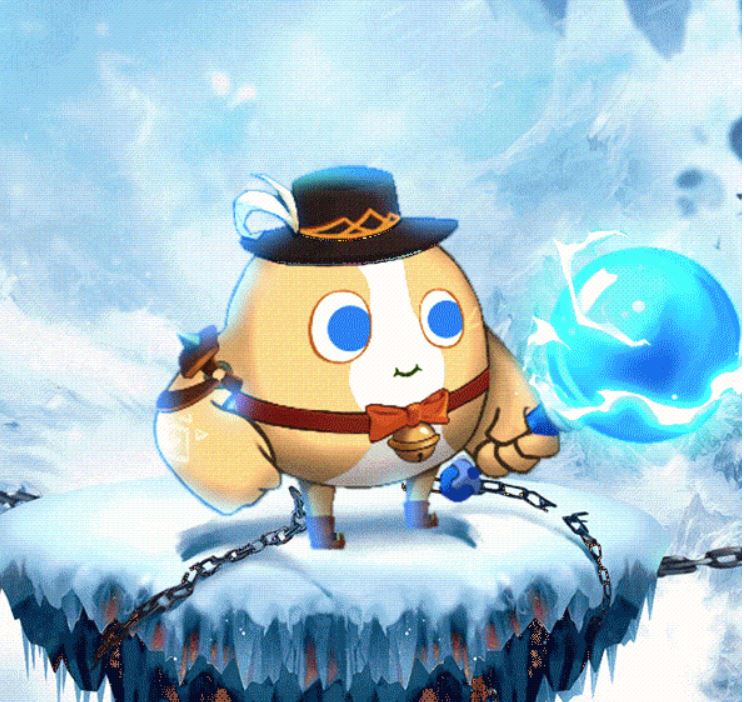 You might have heard that AXS from Axie Infinity made a great spike from 2$/AXS to 142$/AXS, showing a mind-blowing ROI of 7000% within just 4 months. In addition, the price of SLP also made a large increase from 0.01 dollars to 0.36 dollars, making 3600% growth within 4 months.

Only early birds get opportunities to make a great fortune, put in another way, only players with Genesis Babo NFT have the chance to make greater profits. SGEM’s Worldwide Close-Beta kicks off on 18th November 2021. Genesis Babo NFT holder will be the first to explore the SGEM world. The earlier, the less competitiveness to face, and the more chances to get AA or ORE at a low cost.

As SGEM promotion continues, the growing impact of SGEM naturally fuels AA and ORE price to rise rapidly. Based on the SGEM White paper, both AA and ORE will probably launch the Exchange in November — don’t miss the first chance of rewarding from Genesis Babo NFT. The price of ORE would be 0.000125ETH for each according to official sources. There is a huge possibility that ORE would greet its first 100x value-added, thanks to the blooming Play to Earn trend in the game market.

Therefore, Genesis Babo NFT contains not only the value of a collection or instant rewards but also the long-lasting token rewards. It may be just a matter of time to see Genesis Babo NFT requires 200 ETH for each. 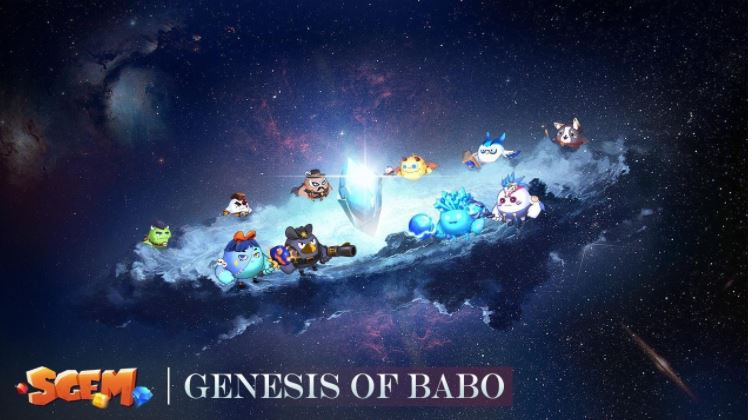 How to get Genesis Babos NFT?

The pre-sale of SGEM Genesis Babos NFT will come off on 9th Nov. Anyone joins the Discord community and the official activities would be able to receive an invitation code for this pre-sale.

These days SGEM official is still sending invitation codes, and the number is limited. You have to hurry up if you feel like joining the worldwide Close-Beta or the pre-sale of Genesis Babo NFT.

To anyone who is reading the article: if you happened to miss CryptoPunk or Loot or Axie Infinity, SGEM may be the next chance of achieving the 10000% ROI which is just in front of you. Don’t miss this time, on 9th Nov., the pre-sale of Genesis Babos NFT.