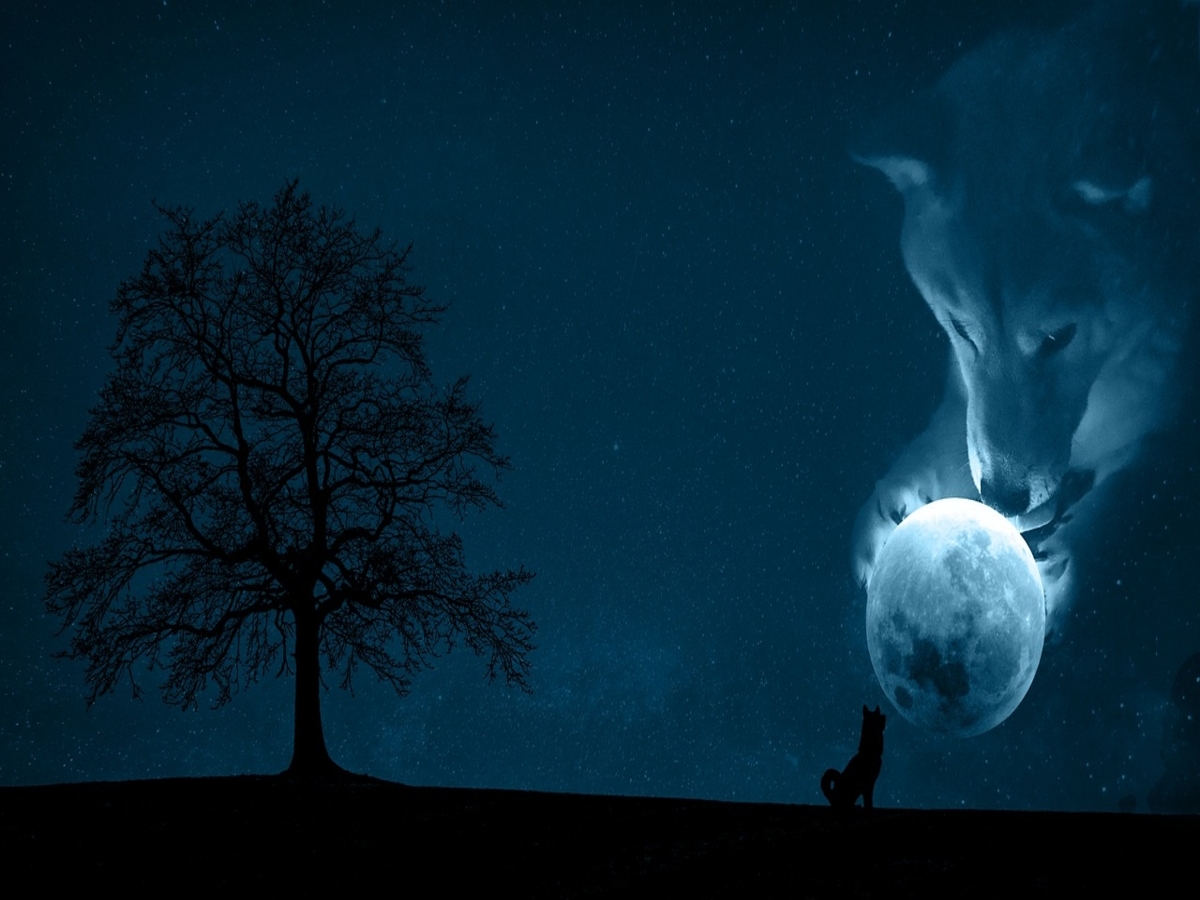 In light of the decelerating uptrend of the altcoin markets, fun/meme tokens like Dogelon Mars, Australian Safe Shepherd, Pig Finance, and Shiba Inu have gained a lot of momentum of late, with each managing to shift traders’ attention towards them.

The Shiba Inu token, viewed as Dogecoin’s rival, has already hyped up its investors by fetching them over 1,100 percent returns in the past week alone. With a market cap of over $7.7 billion at press time, Shiba Inu (SHIB) occupied the 24th position on CMC’s rankings.

Here, it is interesting to note that SHIB is an Ethereum-based meme token and Vitalik Buterin, ETH’s founder, was supposed to be the biggest beneficiary of the ongoing hyped-up rally. Buterin held over 505 billion SHIB tokens which accounted for half of its total supply. However, Buterin dumped his SHIB holdings on Wednesday.

His unanticipated move pulled the token’s value down the charts, an action that was well-appreciated by the crypto-community.

Amsterdam-based technical analyst Michaël van de Poppe recently took YouTube to point out that the aforementioned hyped-up stage isn’t an entry point. He further said that he isn’t a fan of these meme coins in general.

“It’s taking away the spotlight from what we are trying to achieve and build in this market.”

Post-Buterin’s dump, the alt’s price succumbed to a dramatic fall, with the tables turning the other way round for SIHB. 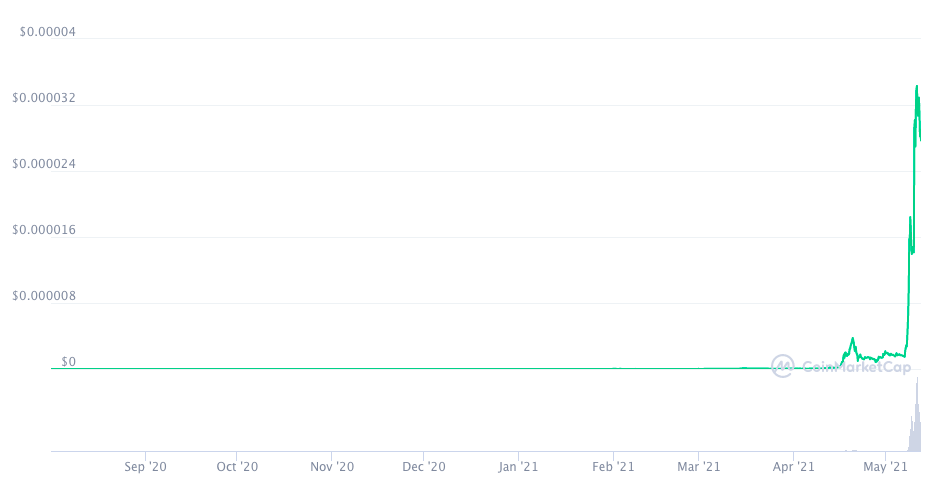 Even so, what’s worth noting here is that the token’s rising popularity forced the likes of FTX, Huobi, OKEx, and Binance to list it on their platforms. According to popular research analyst Igor Igamberdiev, Binance’s listing was a turning point. He said,

“The chart shows that interest in SHIB was starting to fade, but the Binance listing brought it back to life.”

In fact, according to Binance CEO Changpeng Zhao, the exchange ran out of ETH deposit addresses due to SHIB’s surging demand. That being said, he clarified that he was “not endorsing” the token, with CZ making sure to warn investors of its “super high risk.” 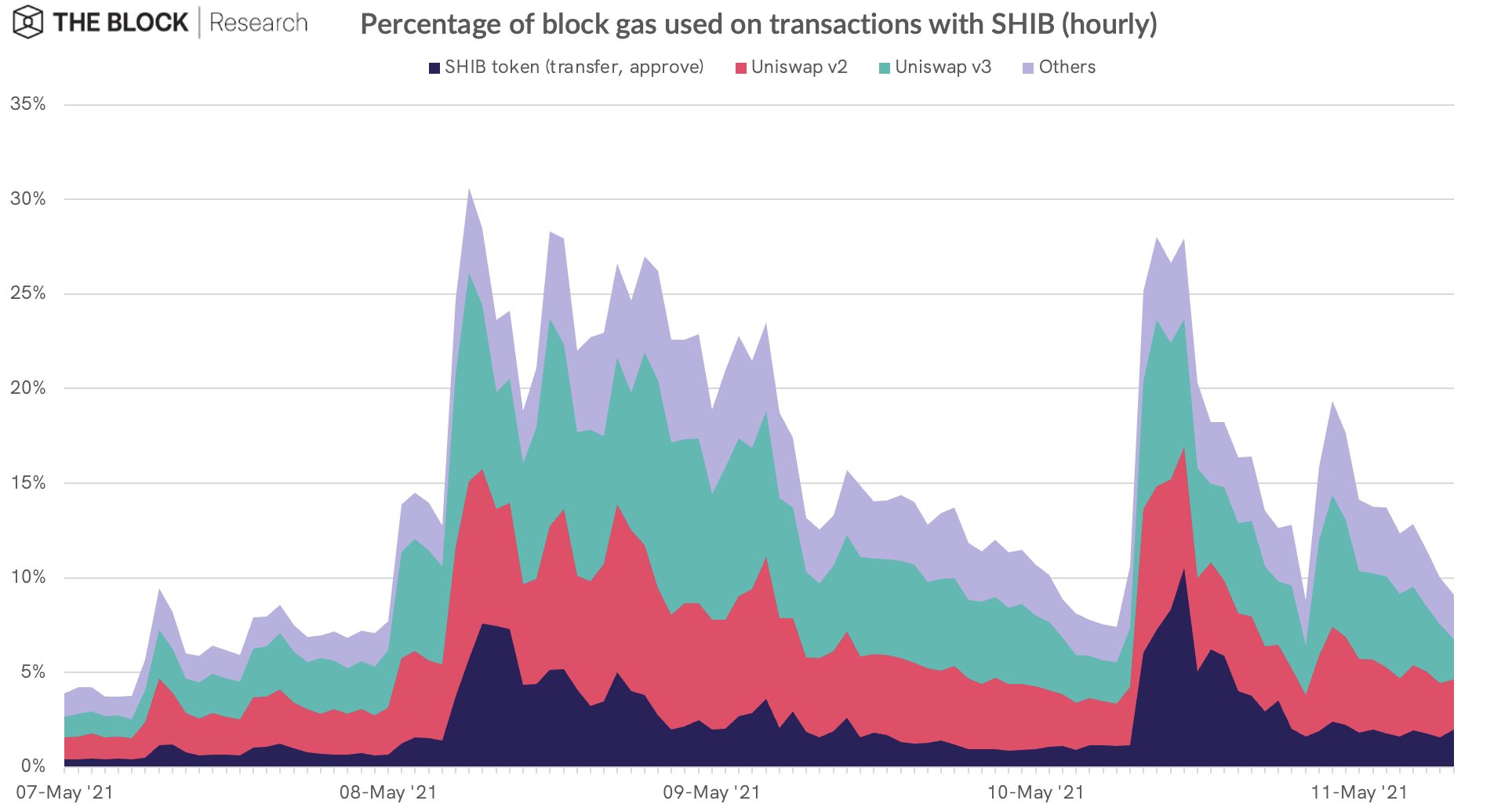 SHIB has also been fueling turmoil on Ethereum’s blockchain lately. Shedding light on the hike in gas prices, Igamberdiev added,

“Because of SHIB, we are now seeing high gas prices. In the last three days, transactions with the SHIB token contract interaction consumed 10%+ of block gas.”

Highlighting the token’s illiquid nature, Igamberdiev went on to say,

“Out of the Top 10 traders’ balances, only one sold tokens in the last week… The main reason for this is the very low liquidity, which will not allow to cash out in size.”

After Dogecoin’s latest bloodbath, Shiba Inu has undoubtedly stolen the show. According to CMC, the token is up more than 2 million percent since its inception. Other meme-tokens have also fetched massive returns off-late. Dogelon Mars (ELON), for instance, saw a weekly hike of over 768 percent while the likes of Australian Safe Shepherd (ASS) and Pig Finance (PIG) recorded weekly surges of over 3,843 and 4,450 percent, respectively.

Without any clear use case or utility, each of these meme coins would find it challenging to maintain traction in the long run.

Can XRP stand to gain from Tesla dumping Bitcoin payments?