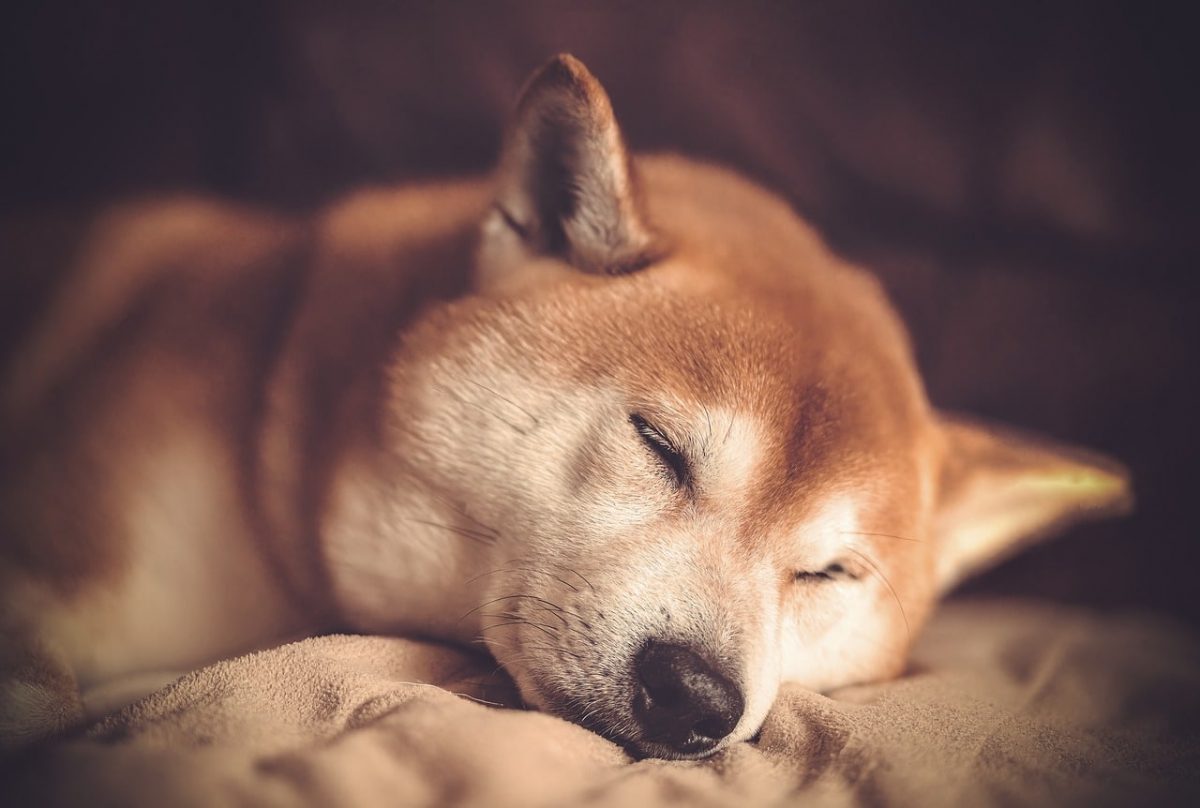 Bitcoin was trading at $16.8k at press time and investor confidence was pretty low following last week’s drama and trauma surrounding the FTX exchange. Shiba Inu also had a strong bearish bias on the charts after it fell under an important level of support.

The US Dollar Index saw some weakness from November 3 to November 15, and its pullback on the charts saw indices such as Dow Jones and the S&P 500 jump by around 8% in the same period. The crypto-market should have performed well, but fears of contagion from FTX marred its progress.

Shiba Inu sinks beneath a bullish order block from June 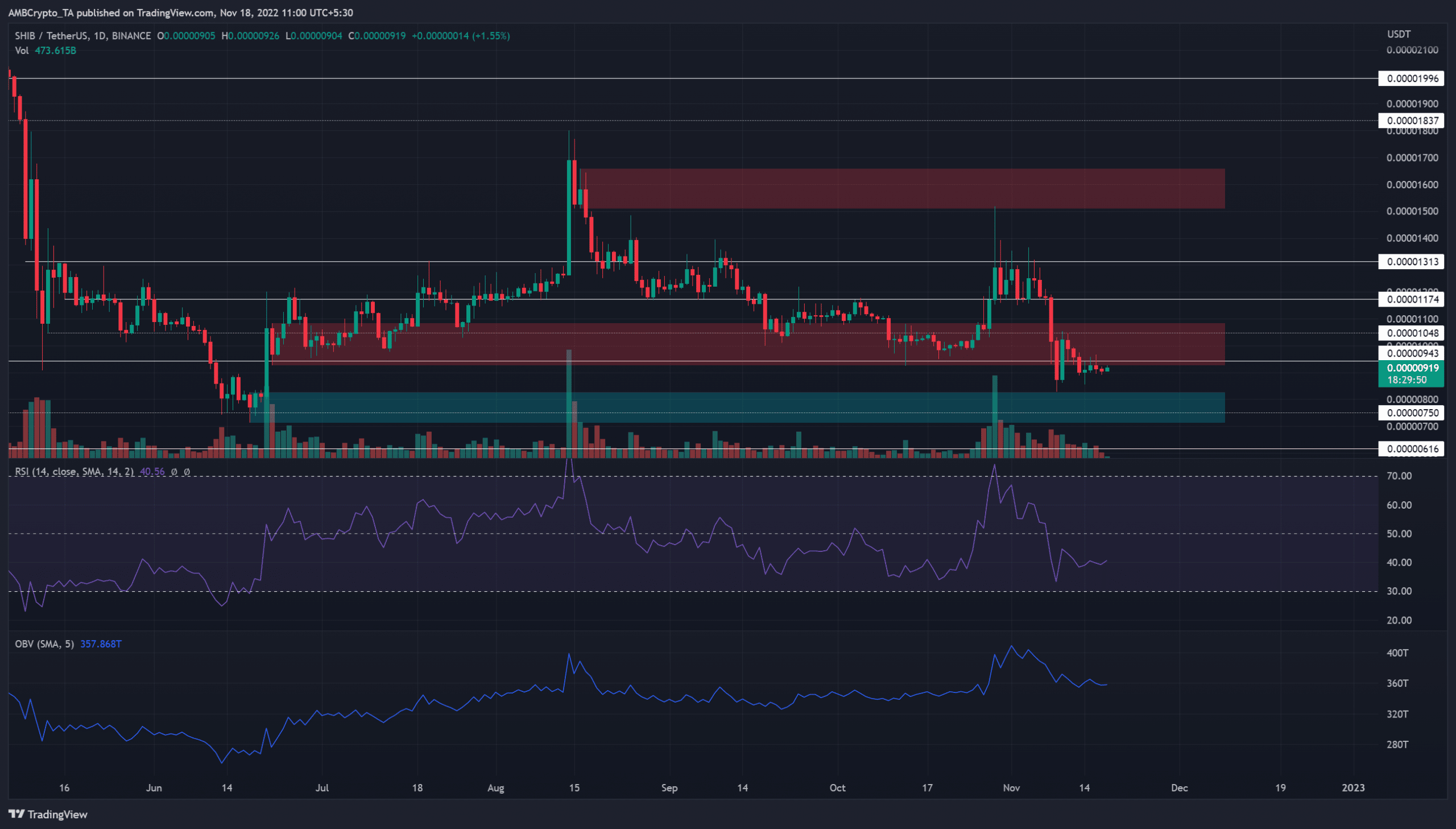 On 22 June, Shiba Inu formed a bearish order block, highlighted by the red box (Since it was recently flipped to a zone of resistance). Since then, each retest of this region has seen a noticeable bounce in SHIB prices. Even if these bounces were not immediate, it highlighted the fact that willing buyers remained to bid in this area.

Over the course of the last ten days, this has changed. From being a bullish order block, the same zone has been flipped to a bearish breaker. Moreover, the price was beneath the significant horizontal levels at $0.00000943 and $0.00001048.

To the south, another bullish order block lay near the $0.0000075-level. A positive reaction can be expected from SHIB, although a trend reversal might not commence yet. The RSI was back below neutral 50, at press time, to indicate bearish momentum. On the other hand, the OBV formed a series of higher lows since mid-June. This hinted at accumulation behind Shiba Inu.

The 30-day MVRV ratio fell into the negative territory in early November. This suggested that 30-day SHIB holders, who had been in profit on average, had taken profits. The recent selling wave meant that holders were yet again in a loss on average. The weighted sentiment metric also revealed a negative outlook on social media. Surprisingly, the network growth metric shot north in recent days.

SHIB the Metaverse unveiled its new concept art named Dunes.  However, this is unlikely to have a noticeable impact on SHIB prices in the near future.

Crypto-scammers are using this new tool to avoid detection now