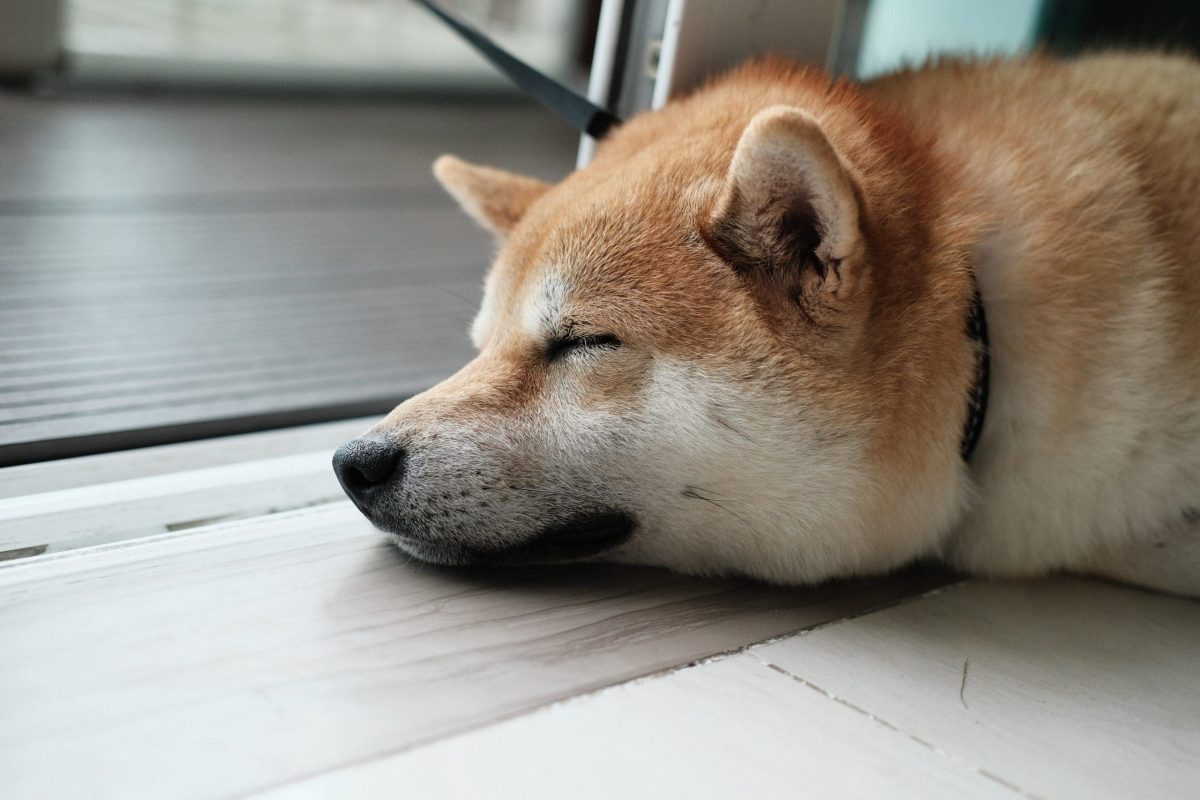 At press time, SHIB was trading at $0.00000849. The 12-hour chart candlestick showed a shooting star with a long tail wick, indicating the intense opposition SHIB bulls faced from sellers.

The above price rejection occurred in a bearish order of $0.00000855 that existed on the three-hour chart. If this obstacle persists (red zone), SHIB bulls could lose ground to bears, forcing a price drop to this level. 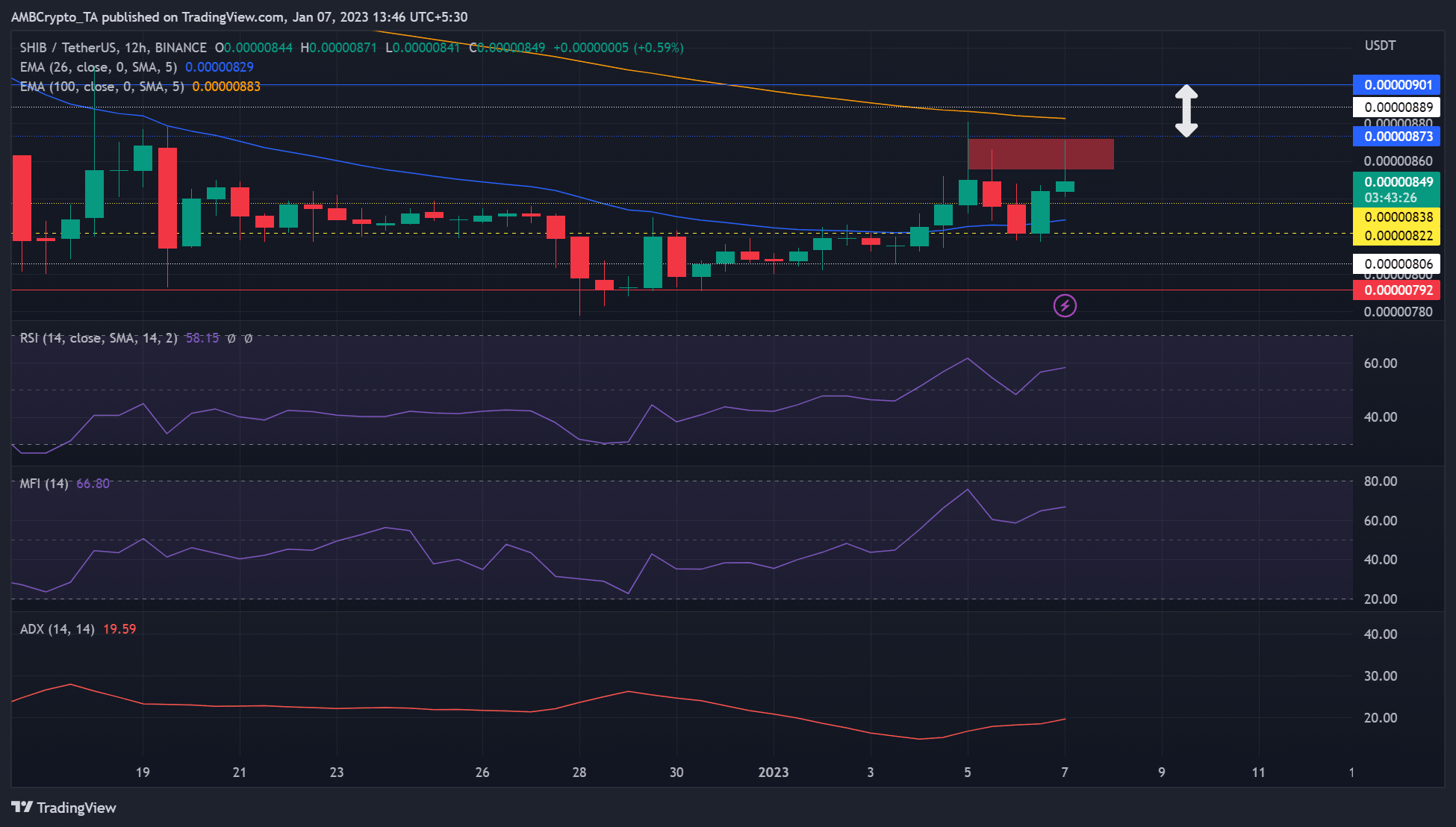 The rally started on 1 January 2023 but was forced to cool off after hitting the obstacle (red zone). The correction settled on the late December trading range support of $0.00000822.

Nevertheless, another rally, at press time, struggled to overcome the obstacle. If the obstacle persists, SHIB could face another pullback to $0.00000822 in the next day or two. Therefore, if a trend reversal is confirmed, the level can serve as a short-selling target for bears.

But RSI was also rejected at the 60-mark, leading to a drop in buying pressure. If the trend repeats, it could signal a price reversal.

However, a breakout above the bearish OB at $0.00000873 would give bulls more leverage and invalidate the bearish forecast.

In addition, investors should monitor the Average Directional Movement Index (ADX), which has gradually increased since 4 January. It showed an increasing uptrend trend, but it was below 20 units, indicating a weak momentum.

According to Santiment, SHIB’s daily active addresses and active addresses dropped in the past 24 hours. In addition, the weighted sentiment flipped from positive to negative. This showed a bearish outlook on the asset, as buying pressure declined.

If the trend continued, bears could gain more influence in the market.

Whales favor Fantom as it witnesses massive gains, but for how long?

Bitcoin: More pain for holders as on-chain readings suggest a further drop in…