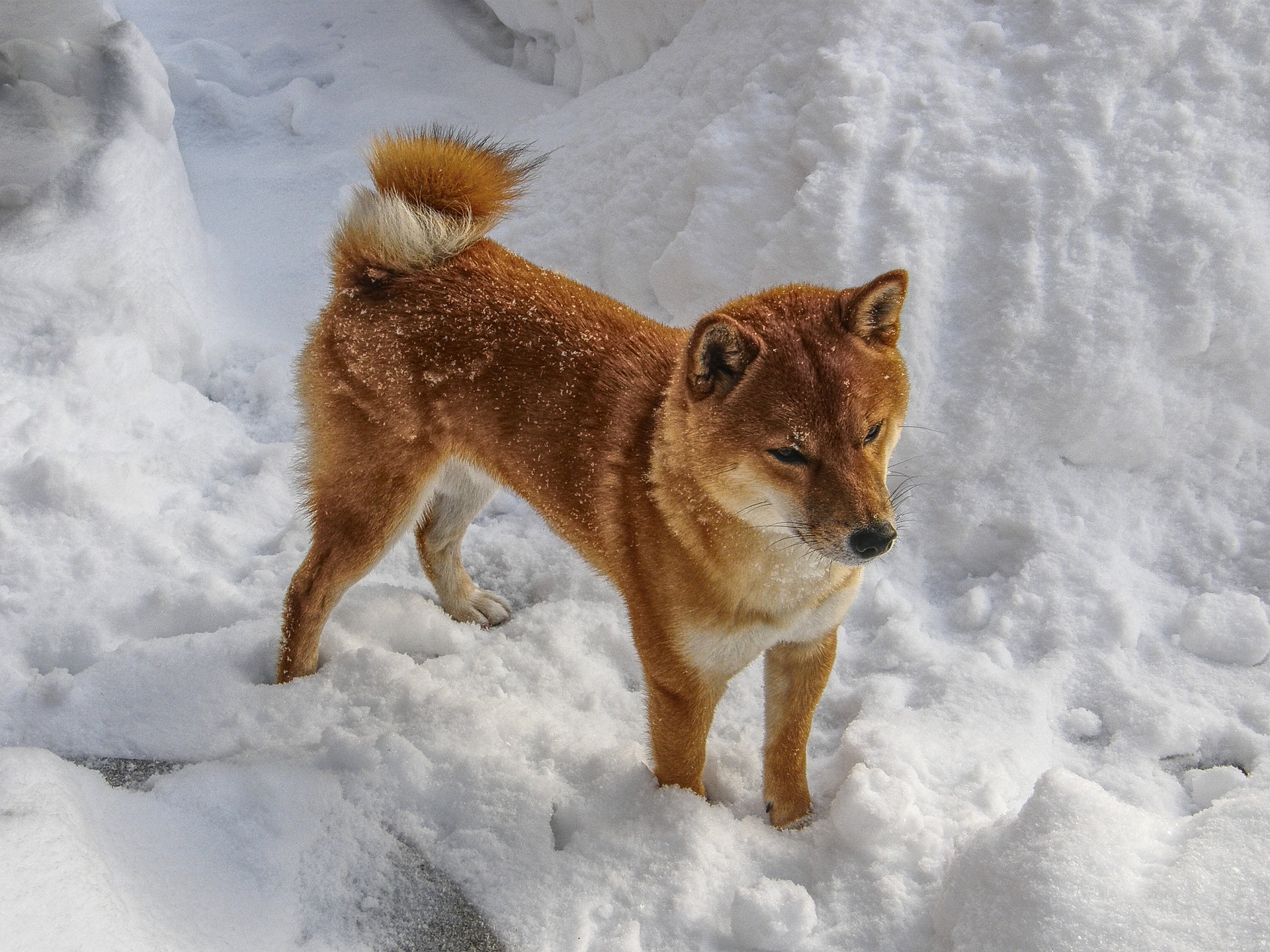 Shiba Inu’s [SHIB] recent movement depicts a price consolidation that has formed a symmetrical triangle pattern. At the time of press, it was trading at $0.00000830, which corresponded with Bitcoin [BTC] breaking above $16.87K.

Is a patterned breakout in the works? 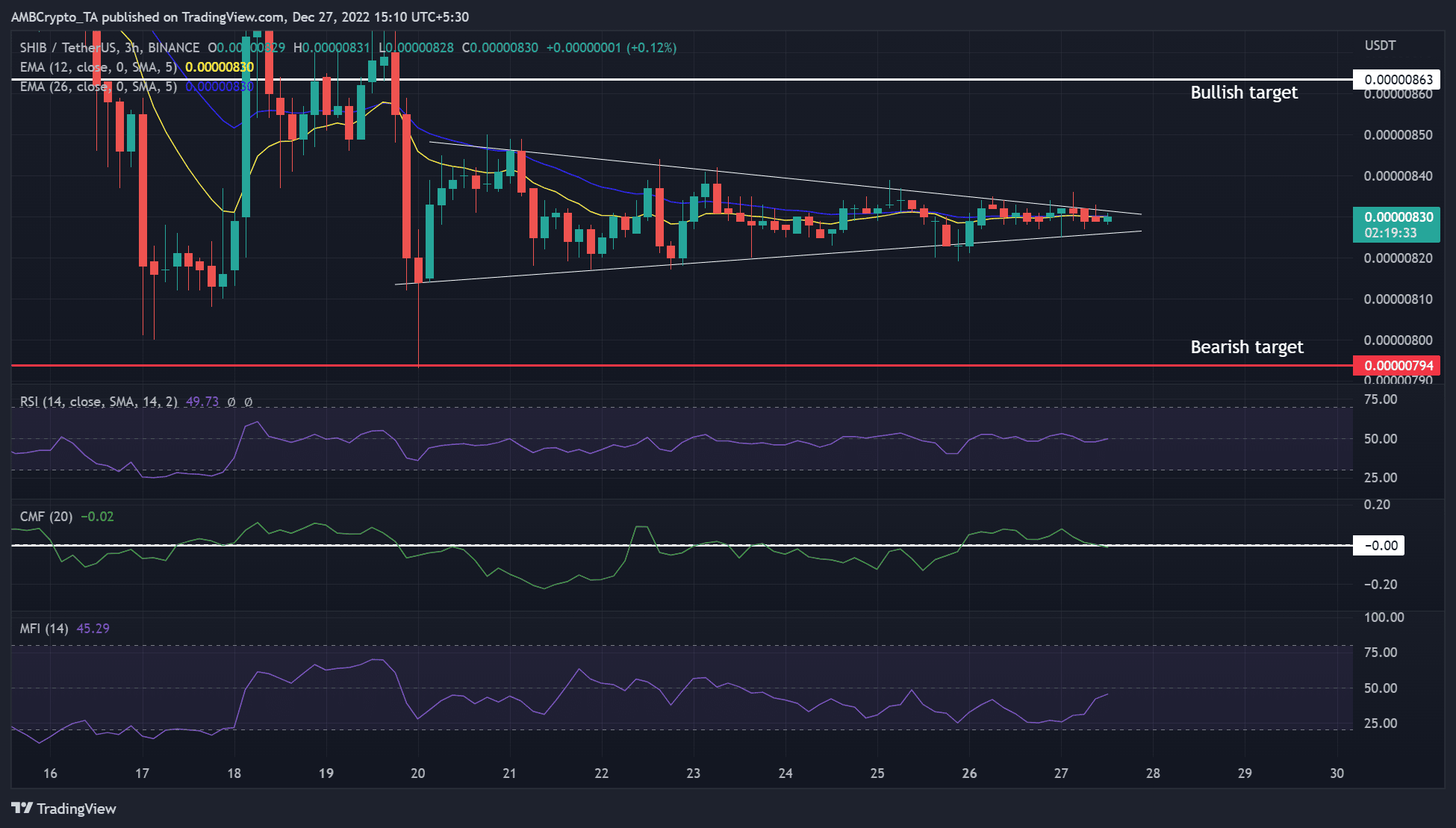 SHIB was likely on the last stretch toward a patterned breakout. Although the market structure was neutral by the time of publication, the breakout could be bullish.

In particular, the Relative Strength Index (RSI) retested the 50-neutral mark and curved upwards. This showed that buying pressure reduced but picked up slightly.

Similarly, the Money Flow Index (MFI) surged from the lower range of the oversold area and rested on the midpoint. This indicated massive accumulation had taken place.

Therefore, if the mild bullish momentum increased, SHIB could break above the triangle and hit the bullish target at $0.00000863.

However, the Chaikin Money Flow (CMF) had retreated from the upper range and rested on the zero mark. Investors should therefore, watch out for CMF cross below the zero mark. This could indicate a trend reversal in strong favor of the bears.

Also, a rejection of MFI at the 50 mark and subsequent flip of the midpoint from support to resistance by RSI would mark a strong bearish downtrend. Such a move would lead to a bearish breakout targeting $0.00000794 and an invalidation of the above bullish outlook.

According to Santiment, the 30 day Market Value to Realized Value (MVRV) ratio was in the negative zone, which depicted losses. Furthermore, SHIB’s trading volume has been quite low recently to offer the needed boost to buying pressure.

However, a nuanced perspective on volume metrics from active addresses angle painted a different picture. Although the active addresses in the past one hour declined generally, there was a slight uptick by the time of publication. This could explain the mild bullish momentum witnessed by press time.

Nevertheless, the trading volume wasn’t enough for a convincing bullish breakout from the triangle. Therefore, investors should add BTC’s movement to their watchlist for a clear direction of a patterned breakout.

Reasons why Polygon [MATIC] investors would be happy in 2023