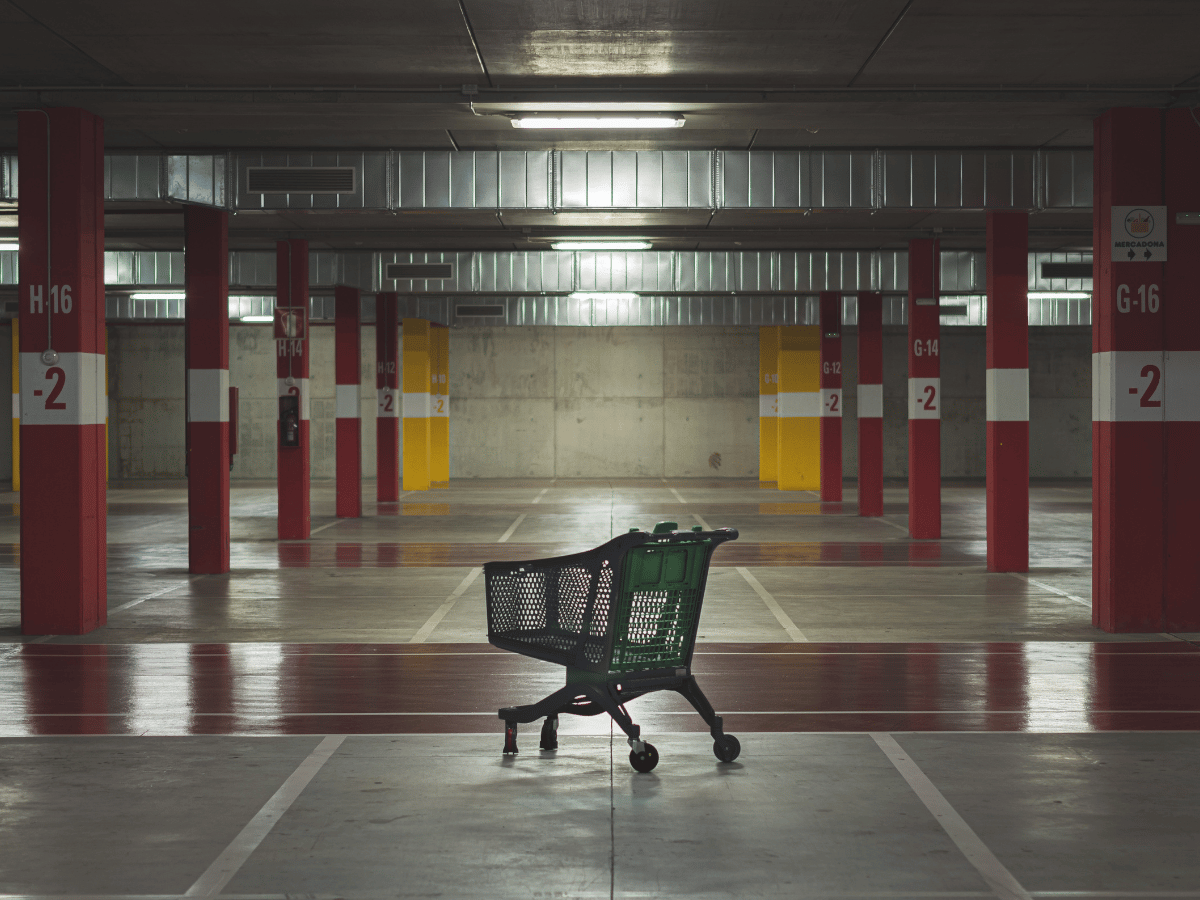 Over 1.3 trillion Shiba Inu [SHIB] tokens have been accumulated following the 6% dip in price as of 13 September. According to a SHIB watchdog, ShibaPlay, transactions had been going on in hundreds of millions since the second most valuable meme coin lost hold on crucial support levels.

At press time, SHIB was not working on recovery. Price-tracking platform, CoinMarketCap showed that SHIB had taken its trend further downward with another 4.13% decline. With these happening simultaneously, it suggests that SHIB’s short-term bottom is almost in.

What exactly is the strategy?

Not only did these whales buy large amounts of SHIB, most acted in the same manner of transferring almost immediately. According to ShibaPlay, a whale who bought 193,923,219,456 SHIB transferred it out as per the Etherscan receipt.

Subsequent transactions also followed a similar pattern. With the alert coming in quick successions, the idea of a “buy the dip” was something to evaluate.

Based on the Moving Average Convergence Divergence (MACD), SHIB may not be done with the price decrease. With the difference between the 26-period and 12-period Exponential Moving Averages (EMAs) below the histogram, a bearish momentum was still in play.

Still, on the MACD, both the buying (blue) and selling (orange) strengths were also negative. This also tells that SHIB’s price could go further down, especially as the selling strength was in pole position over the buying pressure. 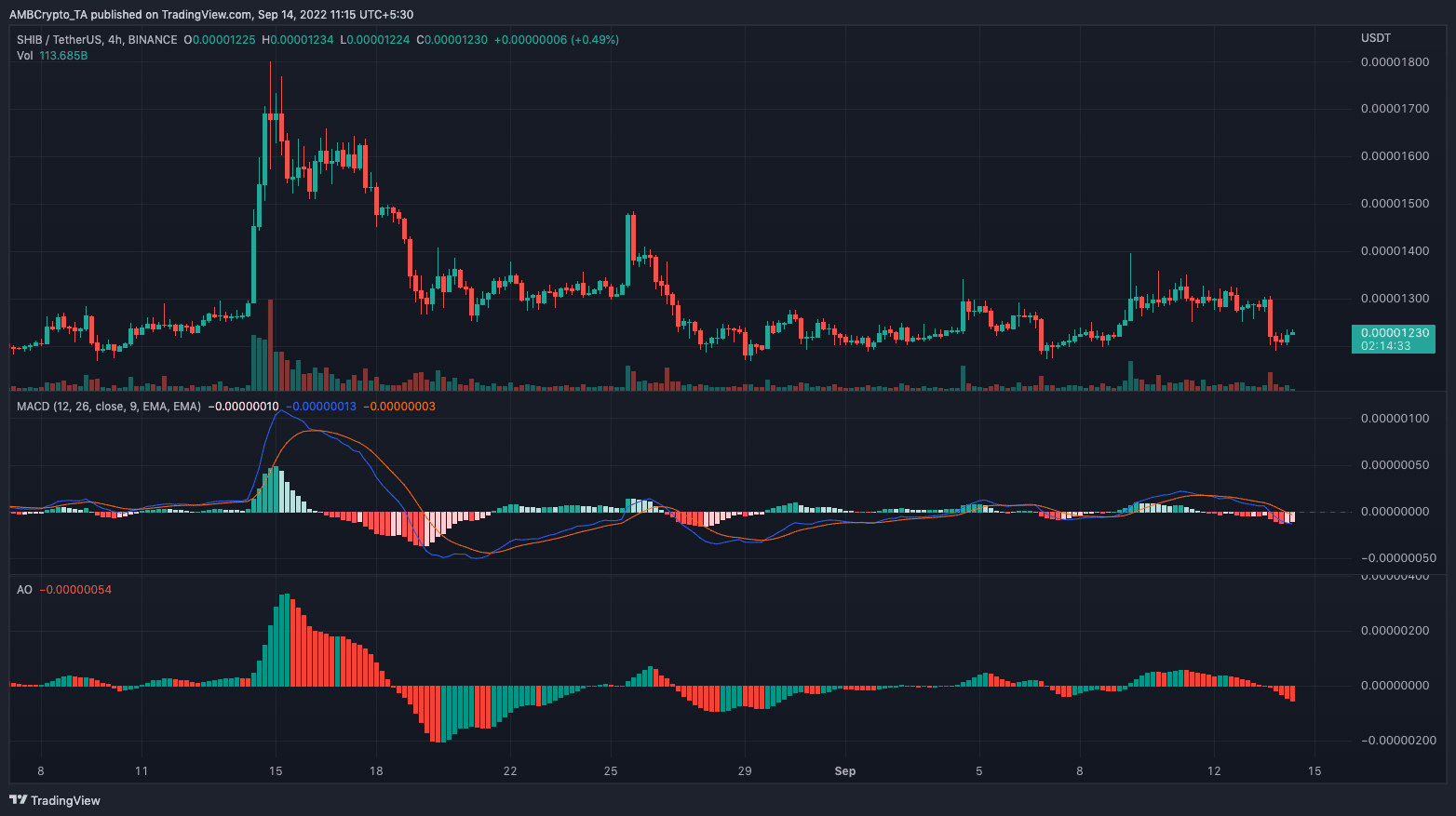 The Awesome Oscillator (AO) also revealed an outcome aligned with MACD. The indicator showed the trend in the reds, and bullish propositions were non-existent. But would this mean that the SHIB accumulation could surpass two trillion?

Just hear me out

Probably this is a case of SHIB whales speaking to the coin traders again. Data from Glassnode seemed to agree with whales taking the bought SHIB off exchanges.

The blockchain analytic platform showed that the exchange balance that was recorded on 12 September had decreased. While it was 168.29 trillion on the aforementioned date, close to one trillion SHIB have been taken off between then and press time. 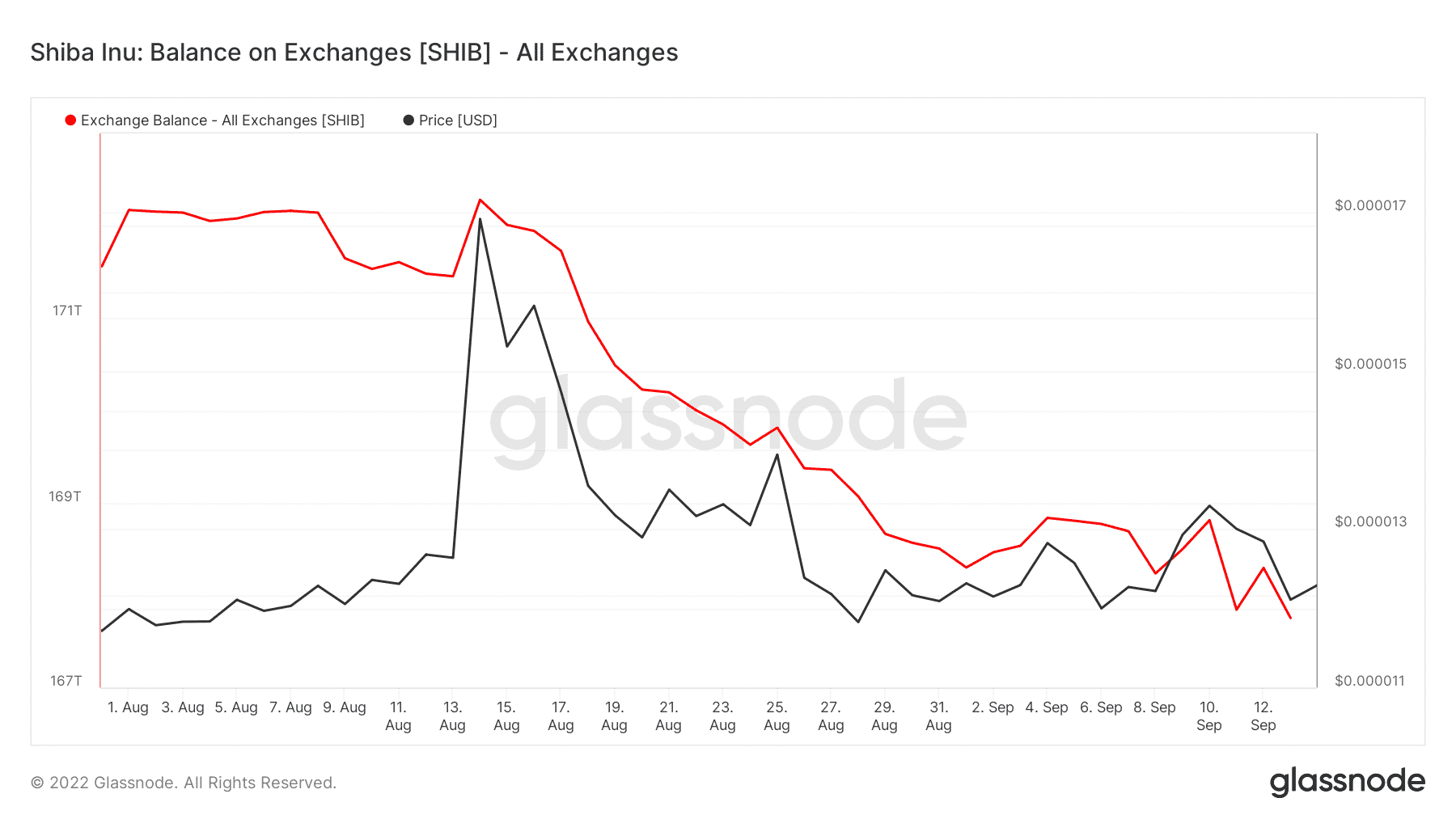 However, SHIB’s overall volume had downturned in the last 24 hours. Santiment also revealed that active deposits have not been so impressive.

Hence, it could be possible that whales could be the only ones seeing an accumulation opportunity. Despite that, the possibility of another chance to buy another dip was on the high side.

Egyptian Central Bank has this message for its cryptocurrency traders