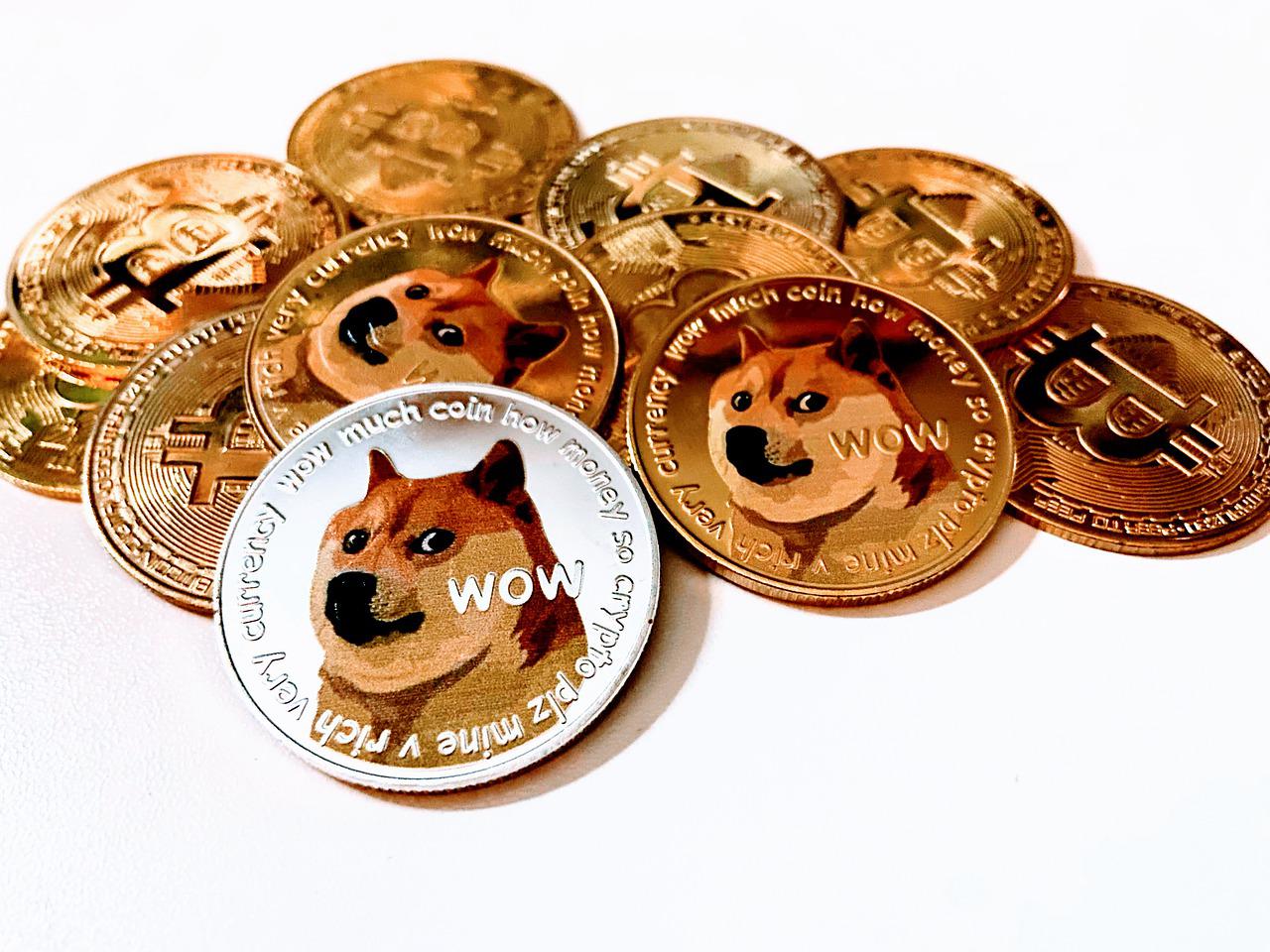 Veterans in the crypto-industry by now are well-aware that Dogecoin [DOGE] has been swimming in deep waters for a long time. And, looking at the price performance of the crypto, one can presume that this streak may not end very soon.

…is not looking good. Primarily looking at price indicators, DOGE is actually set for declining further on the charts. And this time, it isn’t getting much support from the community either.

The Bollinger Bands confirmed the first signs of the same given the altcoin’s close movement below the basis. This provides hints of bearish influence on Dogecoin.

However, DOGE might not see a steep fall-off given the closeness of the bands, which exhibits low volatility, i.e., low chances of a price swing.

Secondly, the uptrend support it had from the Parabolic SAR seemed to be waning. In fact, it looked on the verge of flipping into an active downtrend.

But, there was some recoil from the Squeeze Momentum indicator – The first appearance of bullishness in more than 45 days. 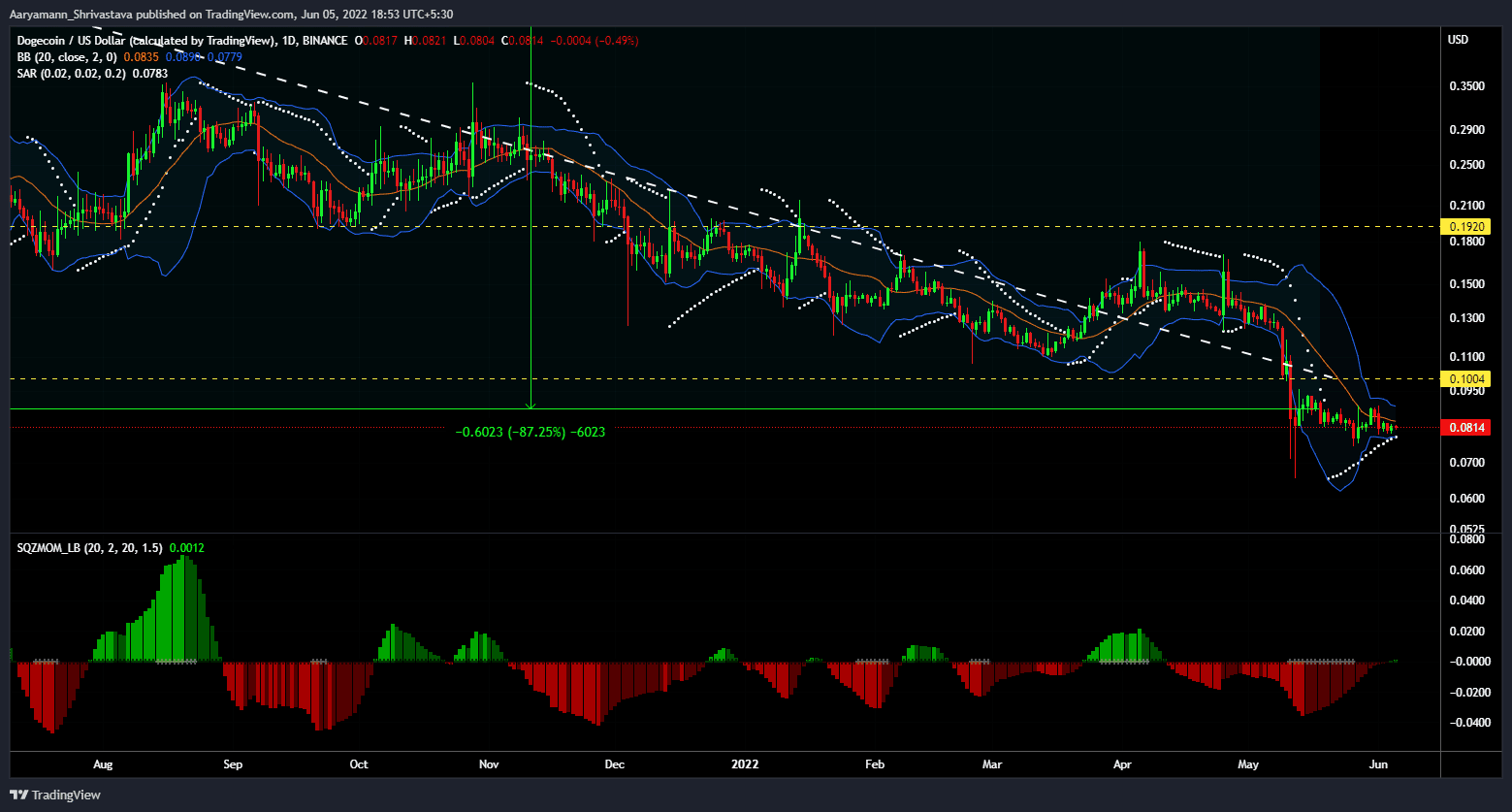 However, in the past too, this indicator hasn’t been fairly accurate in its prediction of an uptrend. Especially as the green bars usually appear at the beginning of a decline and disappear as bearishness seeps in.

Plus, given how fearful the market is, minute bullishness is not going to do much for the coin.

As it is, even before Dogecoin has begun falling, investors are trying to load off by selling their holdings before the worse comes to pass.

As per on-chain data, at the moment, there are much higher sell offers active in the market than there are for buying. These exceed the latter by a margin of more than 25 million ($2 million). 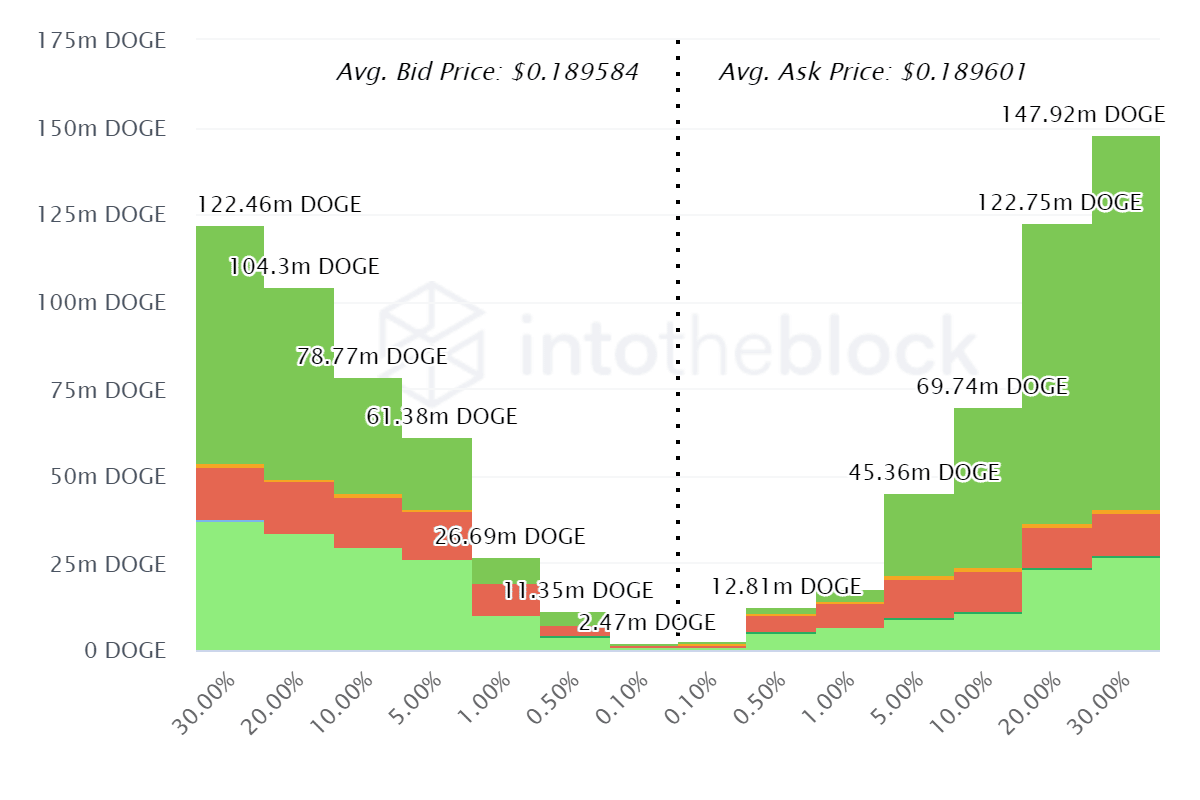 And, in their defense, the move makes sense since the asset’s value has not only declined, but is actually at its lowest point in a long time.

Naturally, investors have found no reason to hold on to Dogecoin. If prices fall further, which may be the most natural outcome, investors would certainly be inclined to sell more.

Putting the ‘stable’ in stablecoins: How Djed & USDD are trying to make it big