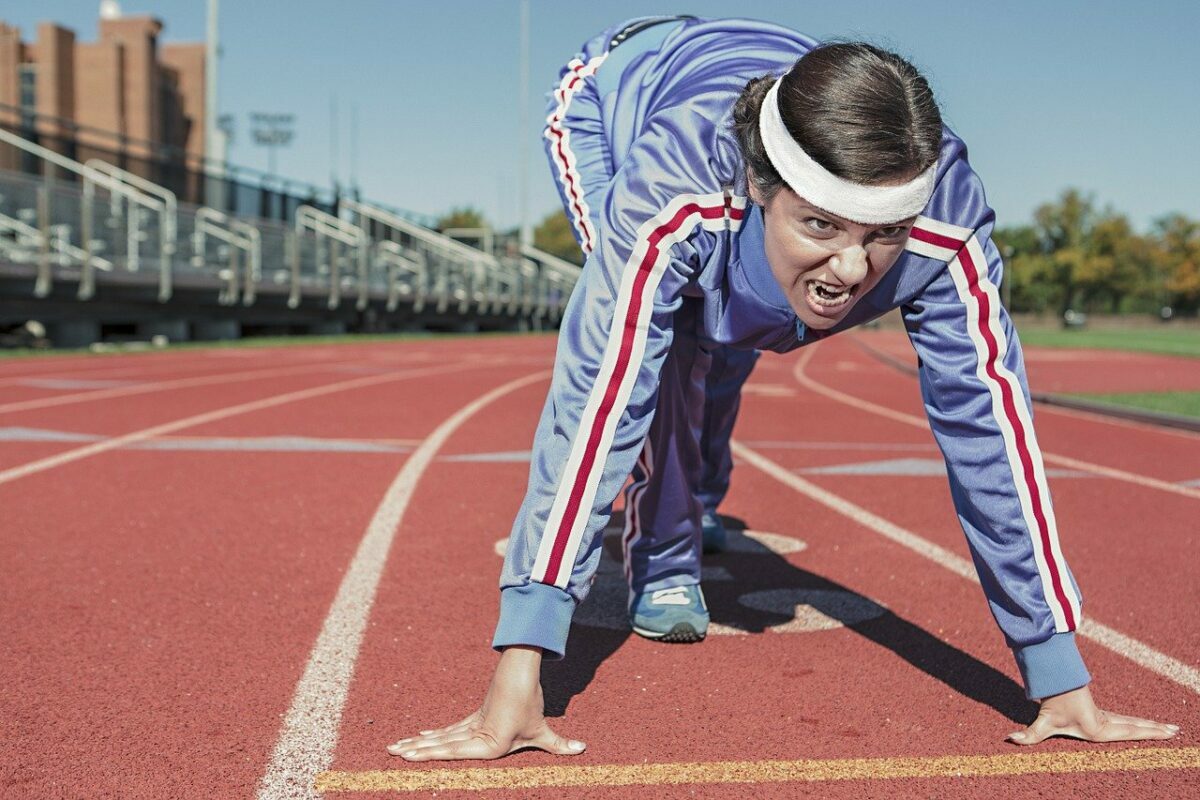 Algorand investors are, in the truest sense, absolutely unpredictable because when investors of every other cryptocurrency were moving away from their investments, ALGO holders were heading headfirst into the asset. This, despite the altcoin itself treading the abyss.

Is Algorand heading up?

At the time of writing, Algorand was trading at $0.38. The last time the altcoin was at this level was 16 months ago, back in February 2021.

If this was the case with any other cryptocurrency, the network would see a decline in the presence of its holders. Algorand, however, might just be the exception to the rule.

According to on-chain data, ALGO is somehow attracting more investors towards it. In fact, the network saw the arrival of 1.1 million new addresses in the week before the crash.

Although these were new investors, for Algorand, this is a mere recovery as the network had already lost 10.6 million holders. This figure accounted for 65% of all ALGO addresses. 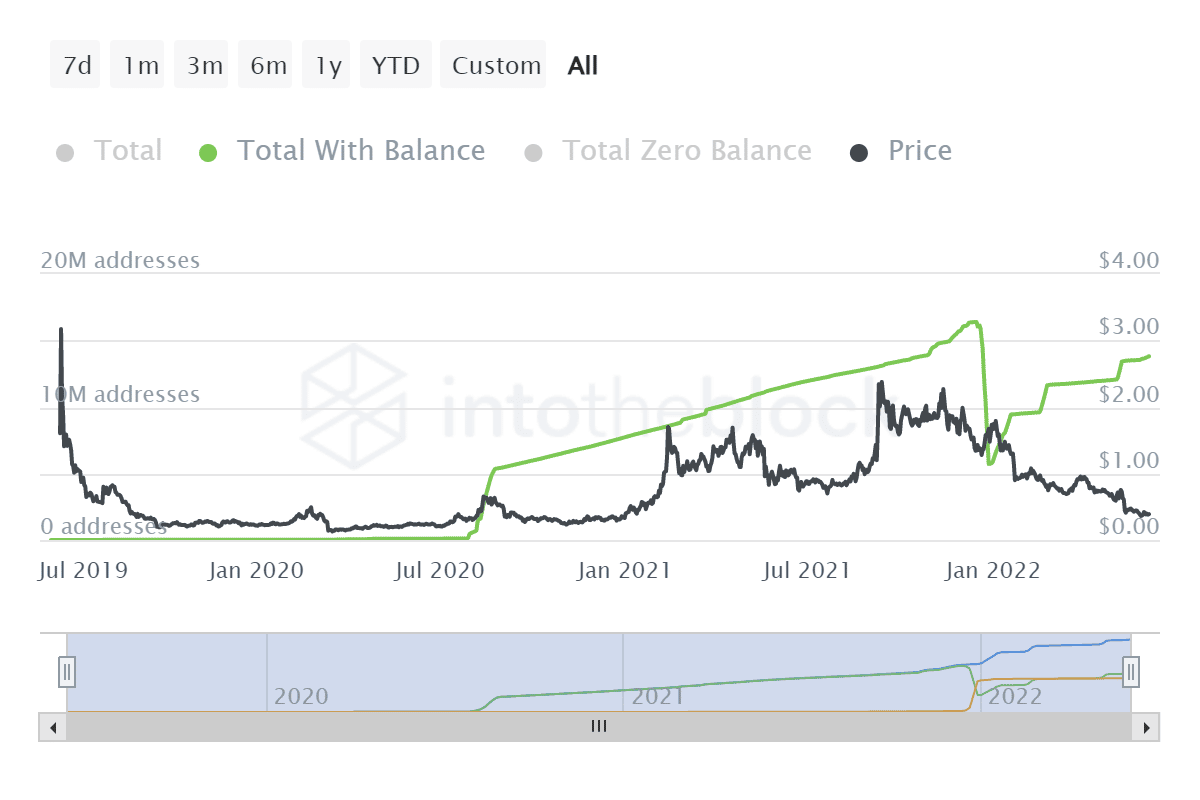 Over the same time period, there were activity spikes as well. Between 2 May and 8 May, for instance, over 350k investors were actively participating on-chain.

This was a 1,160% hike from the average figure of 28k, which also suddenly disappeared as the market crashed. 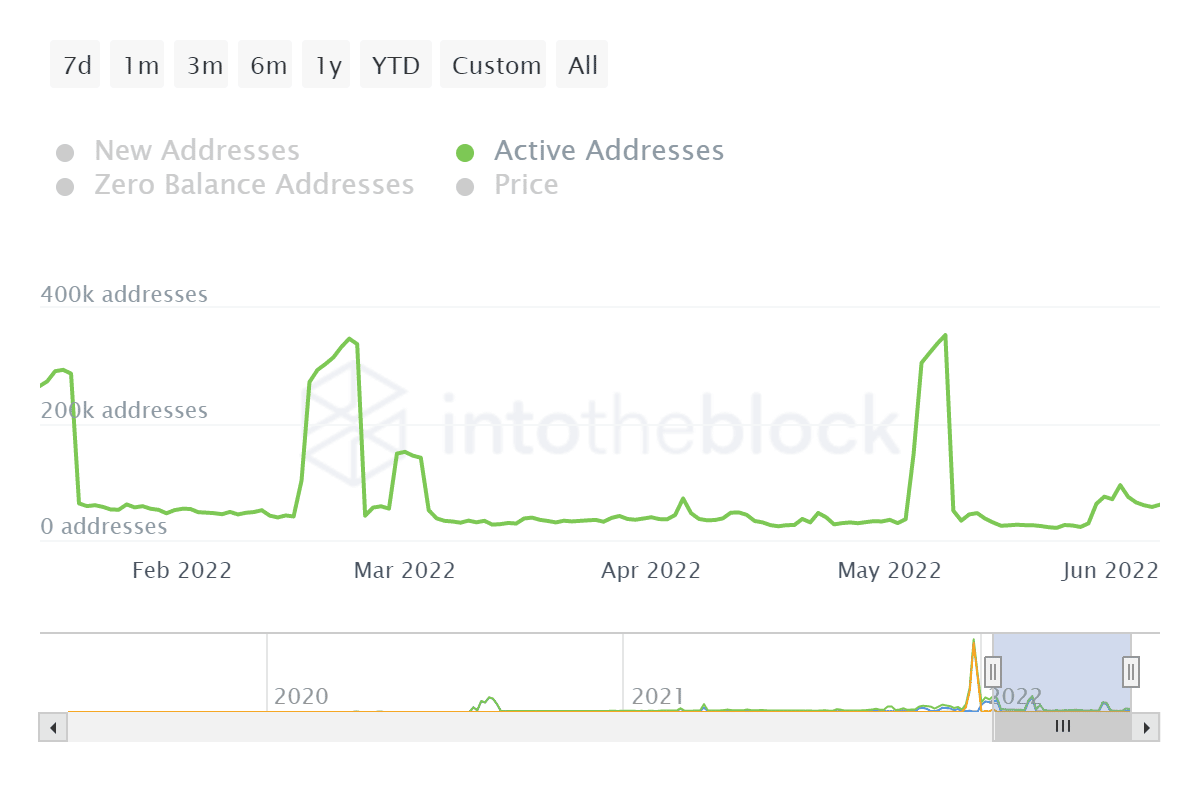 During the crash, ALGO, along with the rest of the market, was also knocked down. Here, the altcoin ended up losing almost 52% of its value. However, it seems like as the tides are changing. Investors are also anticipating profits in the coming few weeks.

At the time of writing, more than 60k addresses were active on-chain, with the same rising since the end of May. Not only this, but holders are also actively accumulating as much ALGO as possible in preparation of the same.

Buy orders for the asset exceeded the sell orders by a margin of 2 million ALGO ($600k). 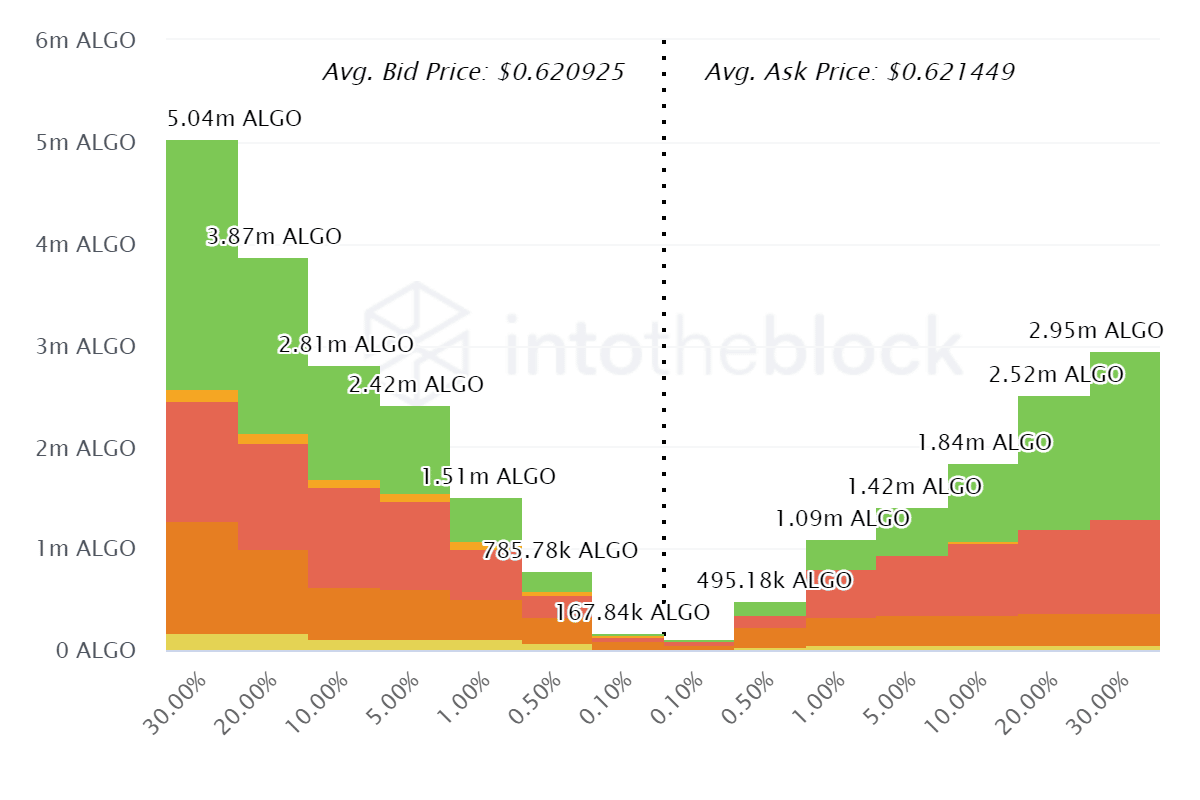 These investors are probably expecting ALGO to recover its May losses and return to the prices before then and trade at $0.74. This can happen only when the altcoin marks a 92% rally (ref. Algorand price action).

However, its high correlation of 0.89 with Bitcoin might act as a hurdle in this rally because if the king coin slips, it will drag down Algorand along with it. In doing so, it will crush its investors’ hopes. 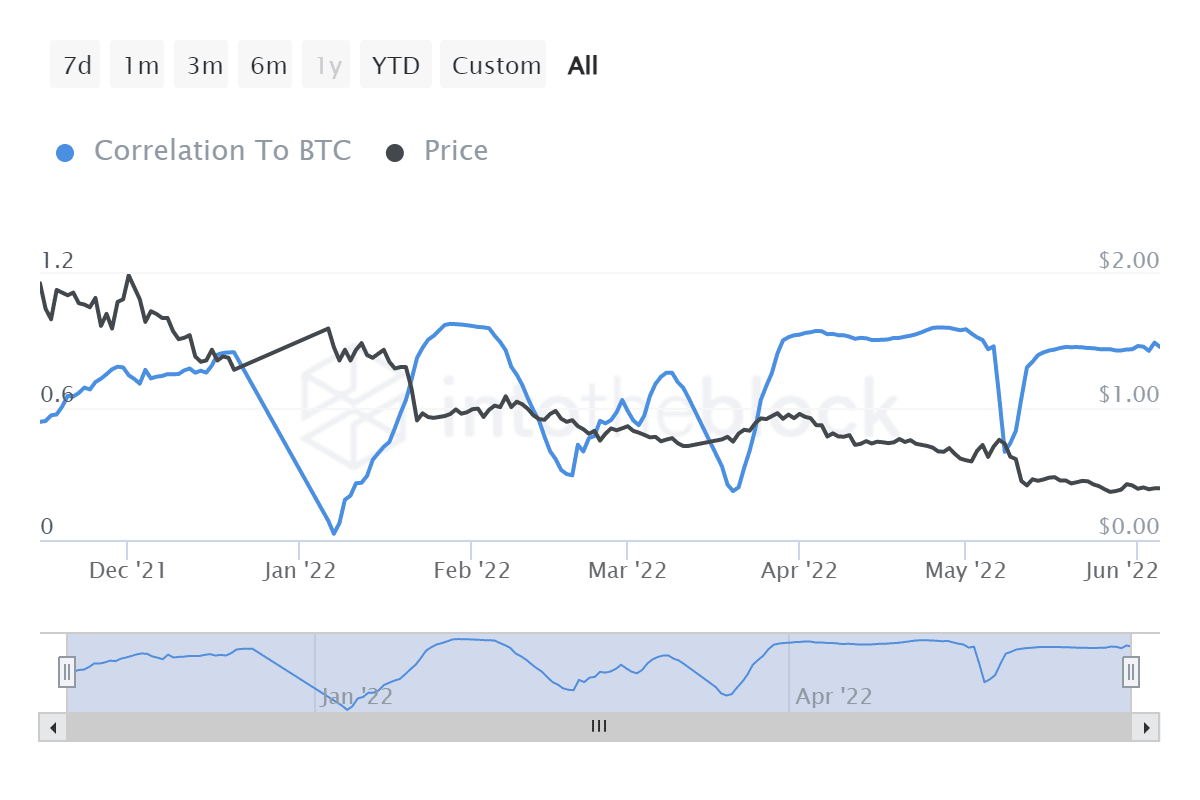 Should Dogecoin [DOGE] investors prepare for another sell-off