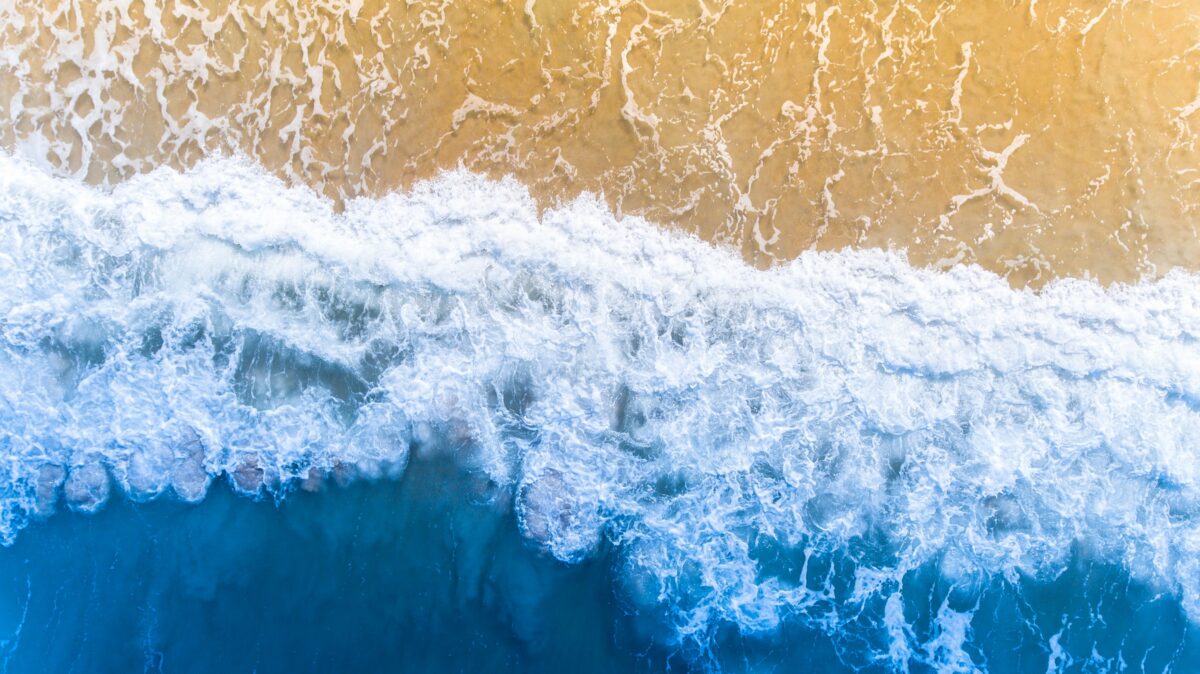 Bitcoin’s dominance is dropping and is currently at 54.4% while altcoins are seeing a rise in dominance lead to a rally. Among altcoins XTZ, LINK, DOGE, and BAL have seen gains and are interesting to take a closer look. 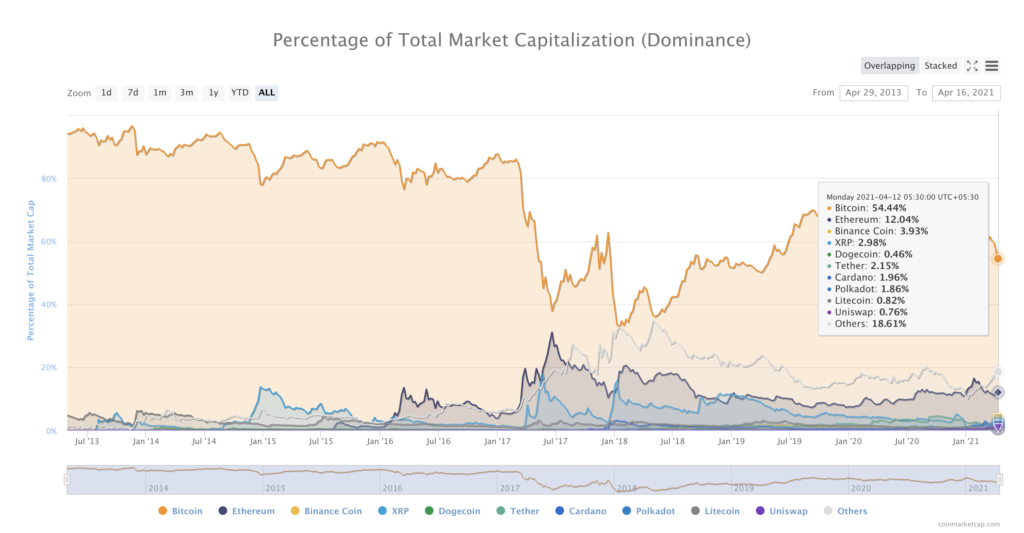 As per the above chart, Binance coin, Cardano, Polkadot, XRP, Litecoin and Uniswap have significant dominance when compared to the other top alts. However, altcoins that are yet to offer three-digit returns like XTZ are rallying at this point in the price rally. Tezos’ native NFT platform launched a World Art Day fundraiser on April 16 and Tezos’ trade volume is up over 83% in the past 24 hours. The event driving this trade surge is the fundraiser on the NFT platform, and the release of Tenderbake’s testnet. 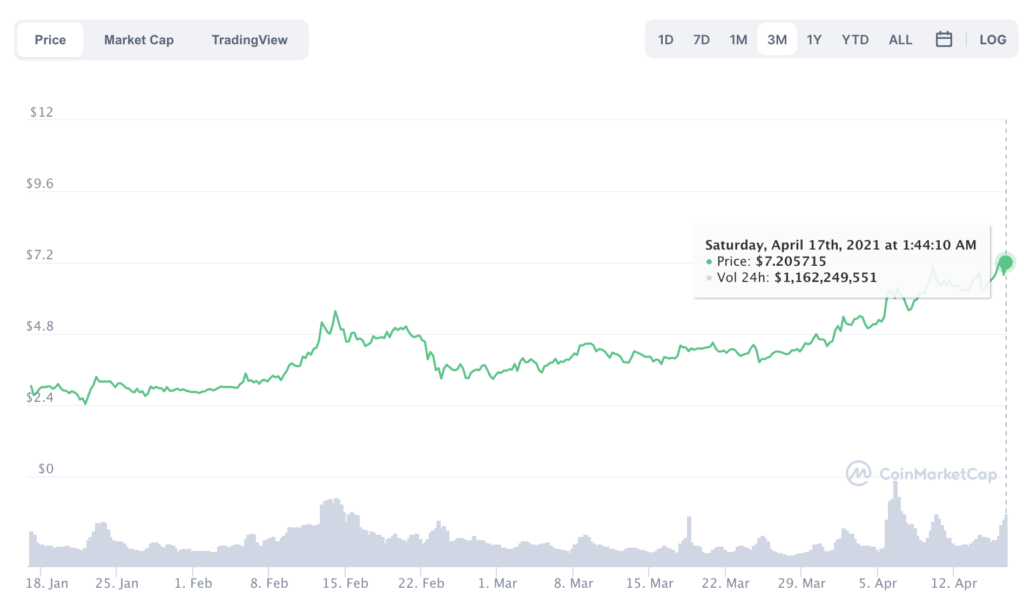 Based on Tezos’s price chart, the short-term ROI for Tezos is high, the price went from $2.4 level to $7.2 level within 3 months. Though there are altcoins with high short-term ROI, Tezos is growing steadily. Additionally, the market capitalization is up 5% and HODLers accumulating XTZ may be booking profits right now, however, the selling pressure hasn’t had an impact on Tezos’s price. However in the past day’s time, with Bitcoin dropping on the charts, the bullish momentum is Tezos has come to a halt.

In the case of LINK and DOGE, the price rally seems extended. It started when altcoins started rallying first, and with a few corrections, the rally continued. Just as how DOGE is able to off triple-digit returns, and 100% HODLers are profitable even after HODLing for less than 12 months. Traders are bullish across exchanges for these two altcoins and LINK’s extended price rally on account of HODLers holding back, against the selling pressure has led to higher ROI for short-term HODLers and traders.

Though Balancer doesn’t rank among top 100 altcoins, over 80% HODLers of BAL have held it for less than 12 months, and despite that, nearly all HODLers are profitable. This are interesting similarities between these altcoins and currently, these four altcoins are rallying and along with the falling Bitcoin dominance, these altcoins are expected to continue their rally in the long term. This however doesn’t keep them immune from price corrections, and as BTC took a hit in the past day’s time, many of these alts too saw their price depreciate in the past 24-hours.