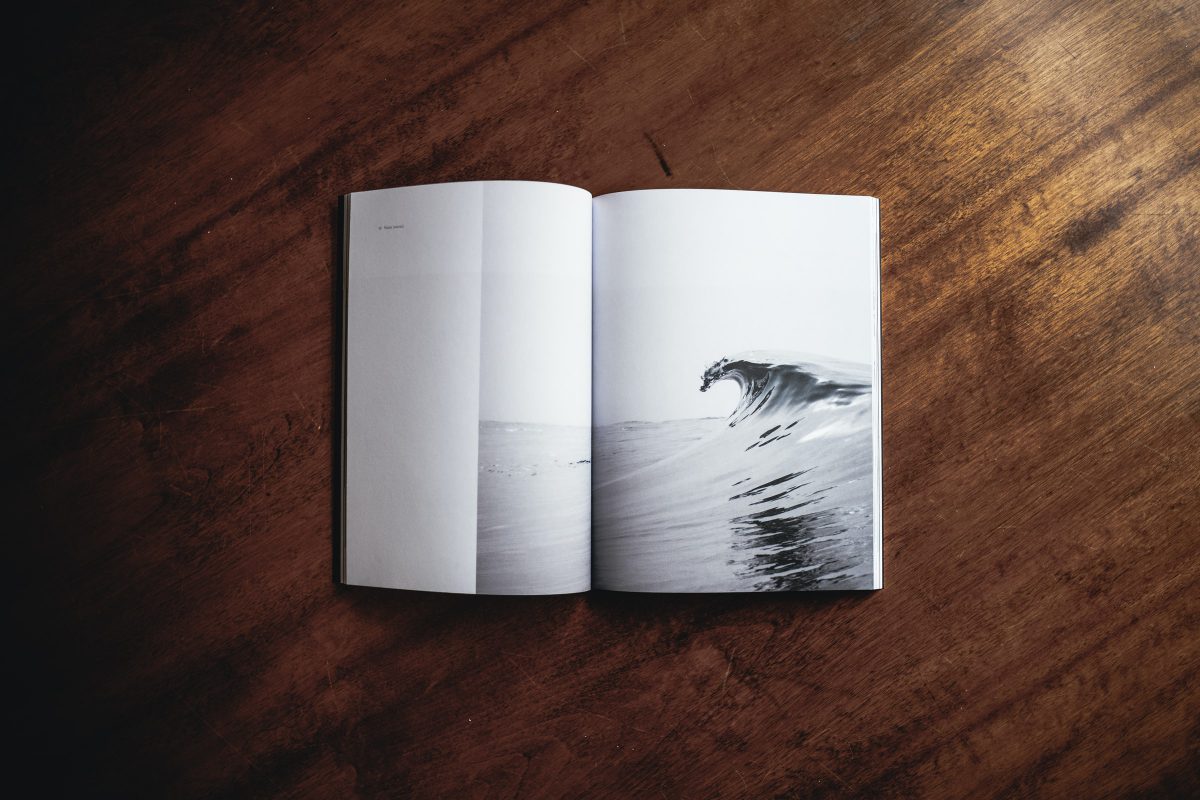 Ethereum has been trading above $1,600 for over two days now, a movement that was perhaps expected from the altcoin after it hit its old ATH on the charts a week back. Curiously, many technical analysts are of the opinion that Ethereum is undervalued, even above $1,700.

In fact, in light of the hashrate and active addresses on the network, traders are bullish about ETH in the near-term, especially since other on-chain metrics are signaling an upcoming rally too. Now, there are different ways of valuing Ethereum, with doing so based on the daily transaction fees collected on the network being one of those ways. Using the same, Grayscale’s latest report on Ethereum’s valuation concluded that Ether is the commodity that pays the rapidly rising fees, adding that high fees drive demand for Ether just as an increase in travel might drive demand for gasoline.

The increase in fees is not really hurting its valuation. Instead, it is driving demand and opening up the possibility of higher fees and value. While the hike may be hurting the portfolios of traders, it has an overall positive impact in the long run as the valuation increases. It is also notable that when compared to the peak fees of January 2018, Ethereum’s daily transaction fees were nearly 5x, as of January 2021, according to the attached chart. 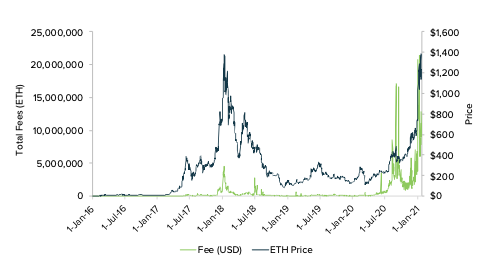 The gamechanger for Ethereum, one which may justify bearing the cost of buying above $1,600 is that it is has emerged as an interest-bearing asset. Its initial value is derived from its utility and supply-demand dynamics as it is driven by the active supply, balance on exchanges, and the demand. The utility can be observed through the staking process as well since when ETH 2.0 was launched, staking meant traders showed confidence in Ethereum’s future prospects.

This has contributed to a boost in allocation, increase in market capitalization, and a steadily decreasing active supply; all factors that act as a positive feedback loop. This loop is expected to influence positive sentiments both in spot and Futures markets, while driving the price up steadily in the long-term.

Besides, staking has reduced the supply in the market supporting the narrative of scarcity that led to Bitcoin’s rally. Bitcoin and Ethereum do not share a high correlation currently, however the narratives are similar and expected to yield similar results. In conclusion, buying above $1,600 may be the right strategy if allocation remains positive and the valuation narrative continues to play through 2021.