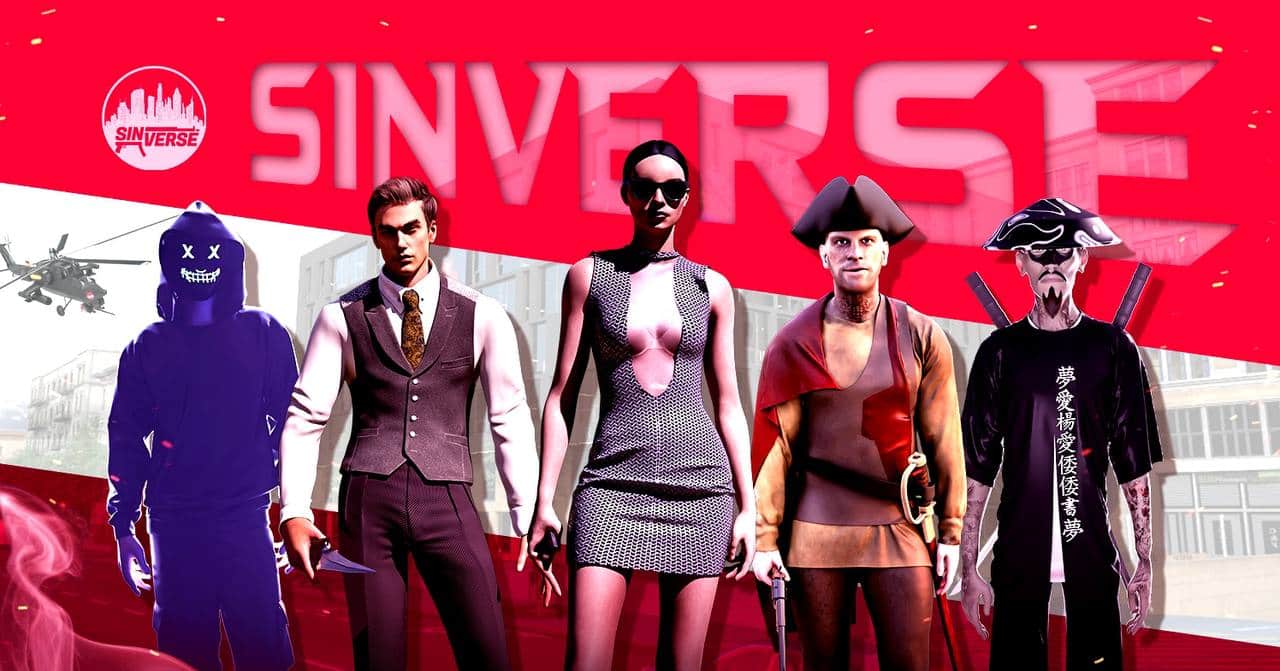 The Sinverse project was launched right in the middle of the grand blockchain arena at the Future Blockchain Summit in GiTEX (the world’s largest technology conference) last year in Dubai. The launch created a huge buzz and fanfare amongst crypto enthusiasts as the event was streamed live to millions of virtual participants across the globe who saw firsthand how fast the Sinverse IDO was snatched and closed in less than 10mins on 3 launchpads – Equinox, Bullperks, and Redkite with Equinox headlining the event using a virtual humanoid called Nox. It will suffice to say that Sinverse was one of the most successful launches of the year 2021.

Not long after the launch, the development team got to work to start building what would become the largest and first Rated-R Mafia Metaverse built on the blockchain. While development was avidly ongoing, the team conducted an initial land sale in 4 of Sinverse’s most controversial and crime-ridden virtual cities. The land sale became the talk of the entire cryptoverse once it was sold out in just under 2 hours for approximately $3.5m. It was in these initial lands that the Sinverse game created its foundational setup and began Alpha development.

The Metaverse buzz occasioned by Facebook’s entrance into the space and the sudden change of name to Meta by Facebook attracted many web3 founders into the metaverse development arena. Within a short time, many gaming projects started launching whatever they feel would be playable and embraced by the crypto-gaming community.

However, today, about 80% of those projects have either fizzled out or stopped development. But exactly why is Sinverse still here developing earnestly even in the worst bear market in history? Not to talk of Alpha version releases being pushed to the excited demo test gaming community every month. The reason is simple. The wide acceptance of the game is simply based on the plot and structure.

Set in a dysfunctional, yet architecturally beautiful metropolitan environment, Sinverse sits on 15,000 plots of land which is further subdivided into 17 administrative districts, each led ruthlessly by sinister elements with a dangerous past.

To administer control and bring in a level of fairplay and foster relative peace for all inhabitants of Sinverse depending on the district they choose to domicile, major decisions are made at Sin City Centre – a district that houses the official government seat. It is at this level of administrative handling that the whole city was mapped into high-security zones and low-security zones.

The game is highly innovative and scalable, and because of its high semblance and gameplay similar to the popular Grand Theft Auto (GTA), Sinverse has been for a long time dubbed by the gaming community as ‘GTA on the blockchain’ even though the developers prefer it as the ‘first rated-R Mafia metaverse on the blockchain’.

The development team has made a giant stride in the development of 5 out of the total 17 districts in Sinverse. As of the last update, China Town, The Strip, The Hills, Silicon Valley, and The Red-Light District have been completed and are currently being played and reviewed by blockchain gaming enthusiasts.

Visit the playable demo version to have a tour of the metaverse but ensure you don’t holster your weapons as you do the walk-around because factions are already being set up by the community in the game and they can gun you down on sight thinking you are a member of a rival faction. So be ready to return fire for fire.

One aspect that makes the Sinverse game enjoyable is the fact that consideration is given to different types of players. While those who want to treat gaming as an everyday business can play the main metaverse game and build their way to the top by following the gameplay, setting up businesses assuming a player owns any of the business licenses. These career players can also create their factions or gangs, invade other districts occupied by rival factions and expand their dominance.

At this level of the game, Sinverse has been designed to be a player-run economy that is largely influenced by the demand and supply of in-game items, many of which are crafted by the player community. Other small-time players who are risk averse can simply play to earn using any of the 3 mini-games that currently exist in different parts of Sinverse.

Below is a brief about the mini-games;

Shooting Range – Multiplayer aim and fire range. Users can compete against each other and the player that shoots more targets within a specific time wins prizes in SIN tokens.

Pick and Drop – Single-player delivery driving mission where players need to pick up a package and deliver it to a random destination by following the in-game map within a specific time. The reward for successful delivery is in the SIN token.

Squid Game – Red and green traffic light multiplayer game enabling players to compete against each other. A player who gets to the finish line without getting shot wins SIN tokens as a prize.

‘Sinverse’ is a Metaverse multi-player game built on Blockchain Technology. The background of the game is based on the most controversial Cities in the world, where digital real estate is available to be purchased. Users can buy digital land to develop and build their empires. The game aims to become the ultimate Kingpin. Sinverse will be a highly social-oriented platform, where you can build clubs for your friends to hang out, venues for online events, or even compete in underworld activities to win in-game rewards. Potential gamers can join the growing community of gamers on –

The SIN token which powers the whole Sinverse ecosystem is currently trading on most top exchanges like Gate.io, MEXC, and Kucoin. Traders who want to hold the token for an opportunity to stake in the coming weeks for a chance to be whitelisted for future land sales and business licenses may get some on Kucoin or any of the other exchanges where SIN is listed.