Africa has witnessed an immense amount of cryptocurrency adoption over the recent years. This doesn’t come as an unexpected move. Consider this, the fees paid to remittance service providers, to send money to Africa, average to nearly 9 percent. This marks the highest rate in the world and three times the Sustainable Development Goal target for remittance costs. Meanwhile, as per a study, Sub-Saharan Africa received at least $48 billion in remittances.

Digital assets to the rescue

Banking restrictions on remittances, coupled with inflation, were the main catalysts for the locals to jump ship to crypto. Digital analytics firm, Chainalysis recently released a report to further shed light on the sheer size of this shift.

Africa’s crypto market increased in value by more than 1,200% between July 2020 and June 2021. Elaborating it further, Africa received $105.6 billion worth of cryptocurrency within the said period. Major tailwinds originated mainly from Kenya, Nigeria, South Africa, and Tanzania. Yet, the report noted, “Africa has the smallest cryptocurrency economy of any region.”

Moreover, the market’s overall transaction volume, comprised of “retail-sized transfers,” was fund to be larger in Africa, than any other region in the world. It recorded roughly 7% as opposed to the 5.5% global average.

Now, let’s consider some factors responsible for this. As mentioned in the report, the popularity of P2P platforms could have been one of the factors.

“P2P platforms are especially popular in Africa compared to other regions, and many African cryptocurrency users rely on P2P platforms not just as an on-ramp into cryptocurrency, but also for remittances and even commercial transactions.”

LocalBitcoins and Paxful — the world’s two biggest P2P platforms by transaction volume, that account for 1.2% of all crypto transactions in Africa, skyrocketted since 2016. 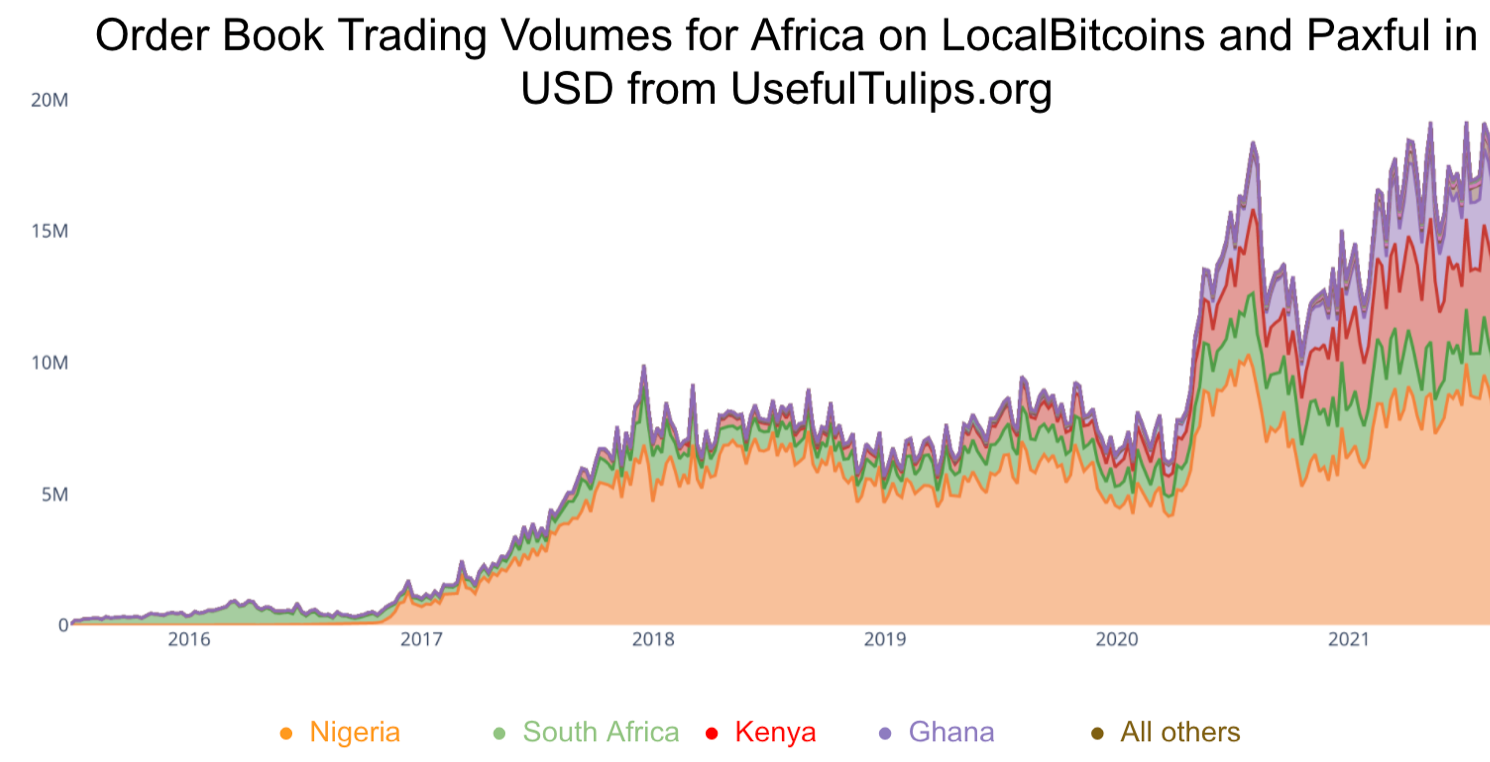 Paxful co-founder and COO Artur Schaback confirmed the sheer intensity of crypto traction in the region. He stated,

“In many of these frontier markets, people can’t send money from their bank accounts to a centralized exchange, so they rely on P2P. Crypto products are getting more user friendly, so they can onboard more people into the crypto economy and help them see that crypto is faster, cheaper, and more convenient.”

In addition to this, the need to curb the rising remittance fees played a significant role as well, to drive the said adoption. “Many African users also rely on cryptocurrency transactions for international commercial transactions,” the report added. This helped them to hodl their savings to avoid any possible fluctuations in the value of their fiat currency.

As covered before, countries such as Nigeria, Ghana, Kenya among others, have already taken steps into the crypto domain.