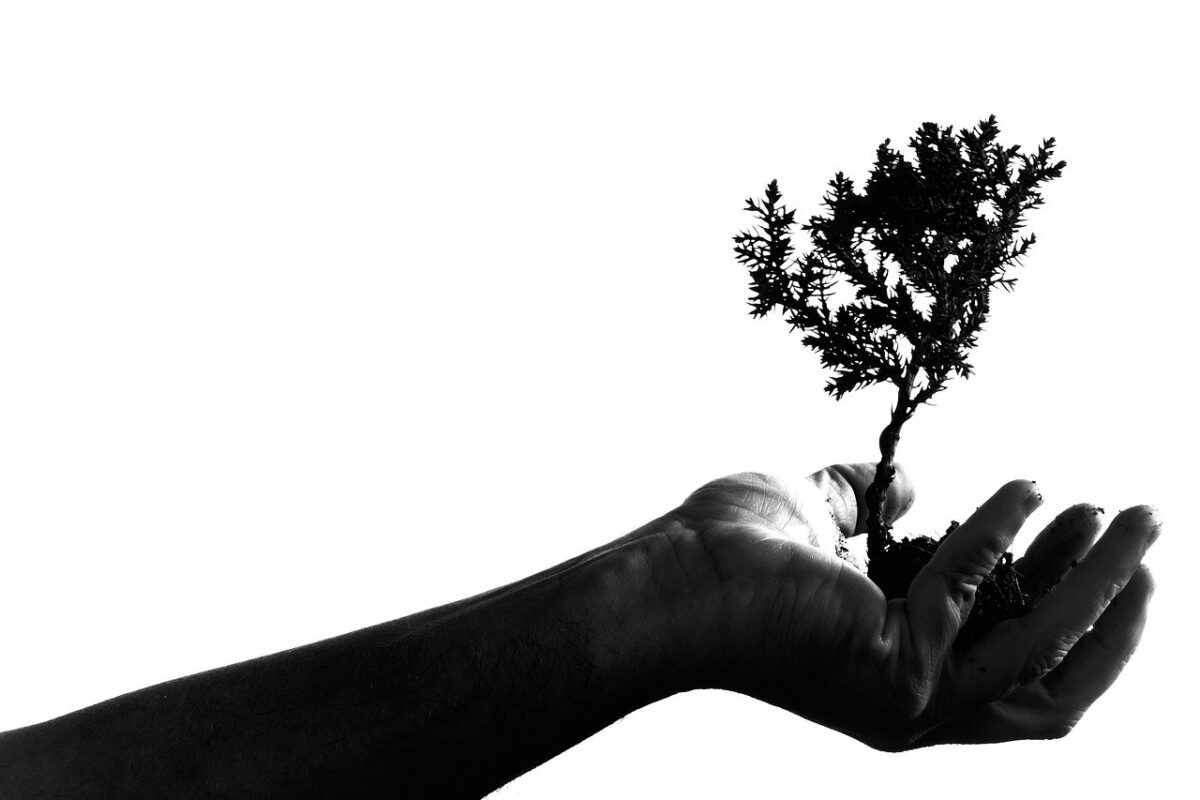 The third quarter of the year was both exciting and nerve-wracking for most in the crypto-community. And, while both Bitcoin and Ethereum saw positive quarters, the big winners were actually newer protocols. In fact, a significant surge in smart contract platforms outpacing the larger market was noticeable with the rise of projects such as Solana, Avalanche, and Terra. All of the aforementioned gained by at least 300% on the charts.

Even though the Ethereum network had a burst of new user adoption, mostly due to the rapid rise of NFTs, it also suffered from record high transaction fees throughout the year. This, including a total of $1.96 billion in fees in Q3 alone.

This benefited competitive smart contract platforms and so-called ‘Ethereum-killers’ like Solana and Avalanche as users searched for low-fee alternatives to Ethereum. 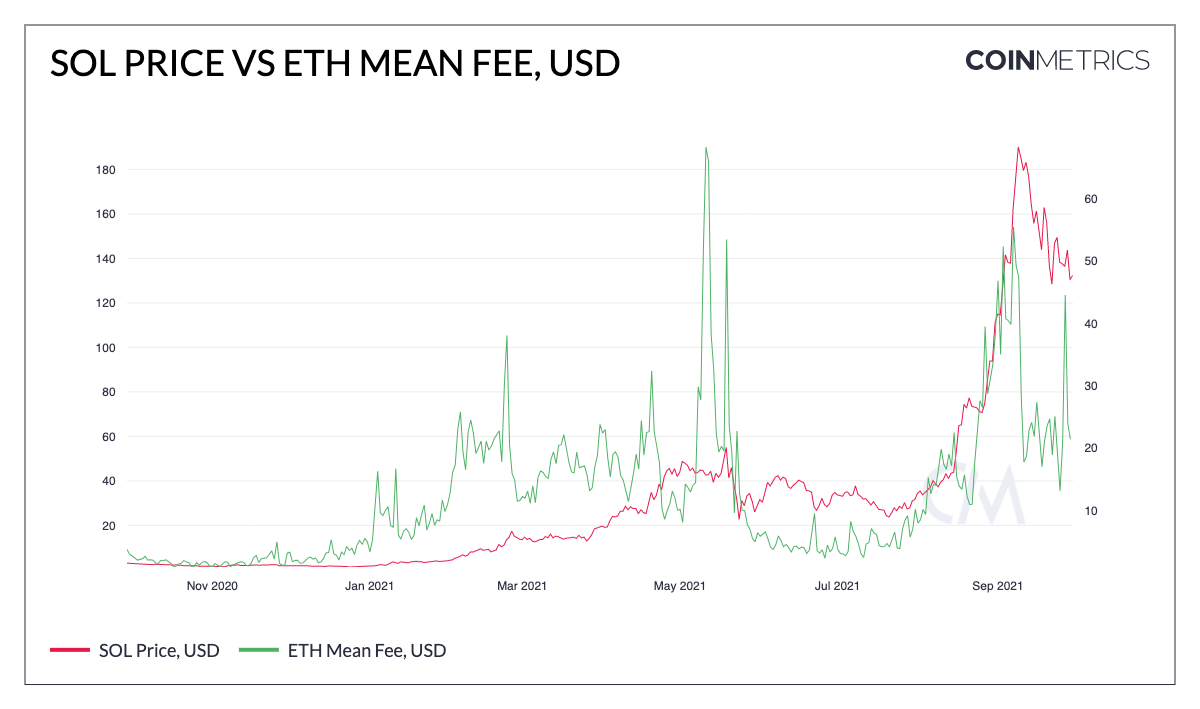 With SOL’s price and ETH’s mean transaction fee seeing coinciding tops, speculations of SOL’s rally being driven by Ethereum were in place. So, was this all there was to SOL’s growth?

More organic than it seems

The August-September rally was called “Solana Summer” by many in the market as the price of the alt hit $200 per token. This, from a modest $2 at the beginning of the year.  However, soon after, the asset saw considerable consolidation following its ATH of $215 as pessimism took over. This only fueled speculations of SOL’s rally being precipitated by ETH.

Solana’s rally, however, was much more organic than it seemed. Notably, Solana’s DeFi projects crossed over $3 billion in September this year. The sheer rise in the number of projects for SOL proved that it is capable of giving tough competition to ETH and other ETH-killers.

Solana also used the explosion of NFTs to drive its growth as an interoperable blockchain platform. In fact, NFTs on SOL hit a $1 billion market cap on 2 October.

Additionally, while SOL’s spot market saw low trade volumes and lower price anticipation, the Futures market presented a brighter outlook. The Open Interest for the altcoin saw an uptick over the last couple of days, one indicating a rise in the number of outstanding contracts held by market participants.

The same also underlined the fact that new capital has been flowing into the coin’s markets. 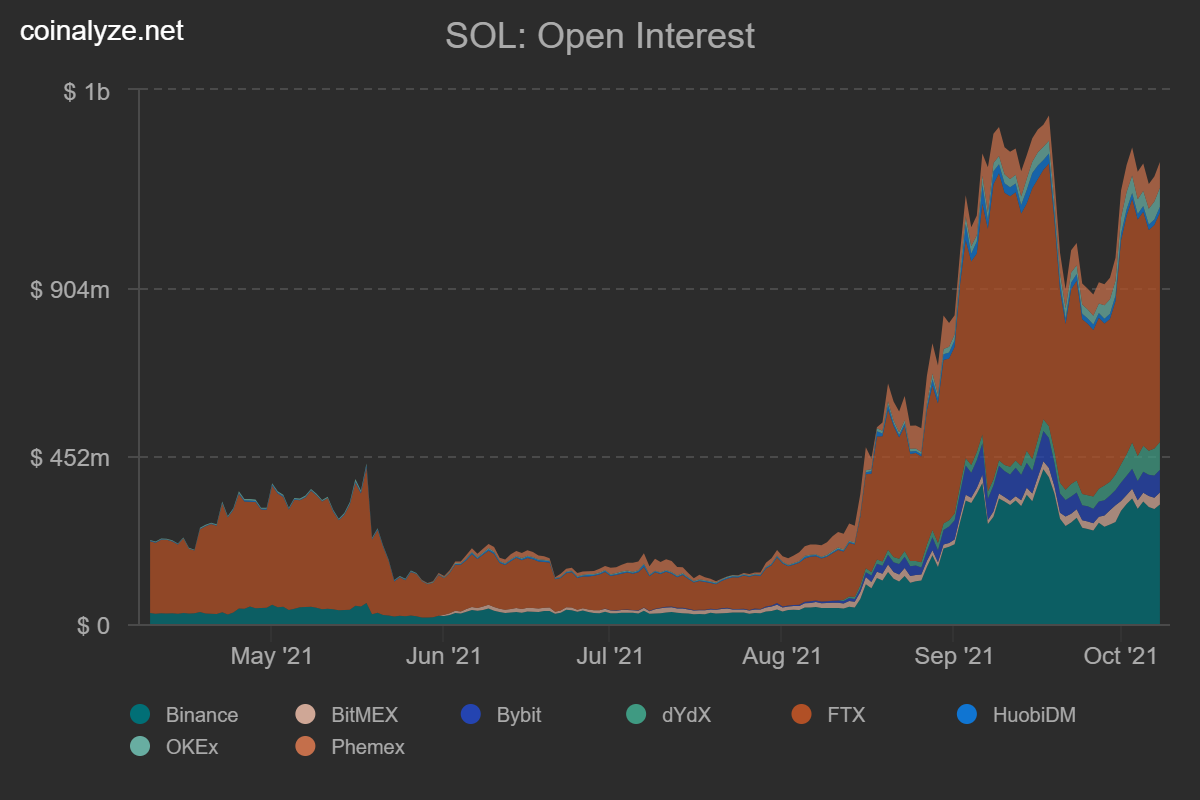 Getting risky, but hanging in there

Solana’s market has been rather unresponsive of late, but over a higher timeframe, the altcoin clung on to the higher $164 resistance. Further, positive news like Ubeswap announcing a collaboration with Allbridge to bring both Solana’s native asset ‘SOL’ and Saber’s governance token ‘SBR’ to Celo gave the alt the necessary social pump. Irrespective of the contained prices.

However, at press time, SOL’s Sharpe ratio had entered the negative territory, reaching July levels while volatility also saw a dip. The fall in the alt’s Sharpe ratio seemed indicative of the fact that SOL’s performance had gotten riskier when compared to a “risk-free” asset over a window of time.

Even though a price pump could reverse this damage at the time of writing, it seems unlikely that SOL would have a sustained rally in the near future.

Nevertheless, Solana’s growth has been too big to ignore. What’s more, the seventh-ranked crypto has held its rank on the charts, despite its consolidating prices. While daily and weekly gains of “just” 2.89% and 10.10%, respectively, it could make a stronger comeback when altcoins really rally.

Could ‘perverted’ CBDCs stop you from buying candy

What to hope for if a Bitcoin ETF is a go